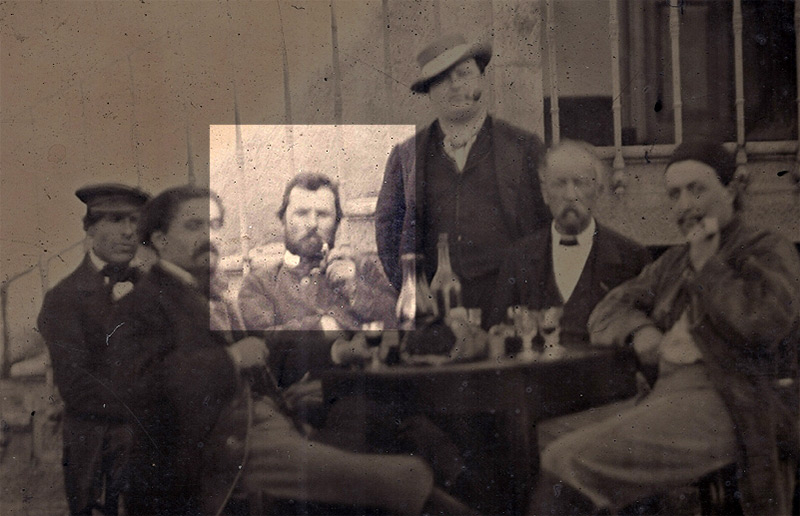 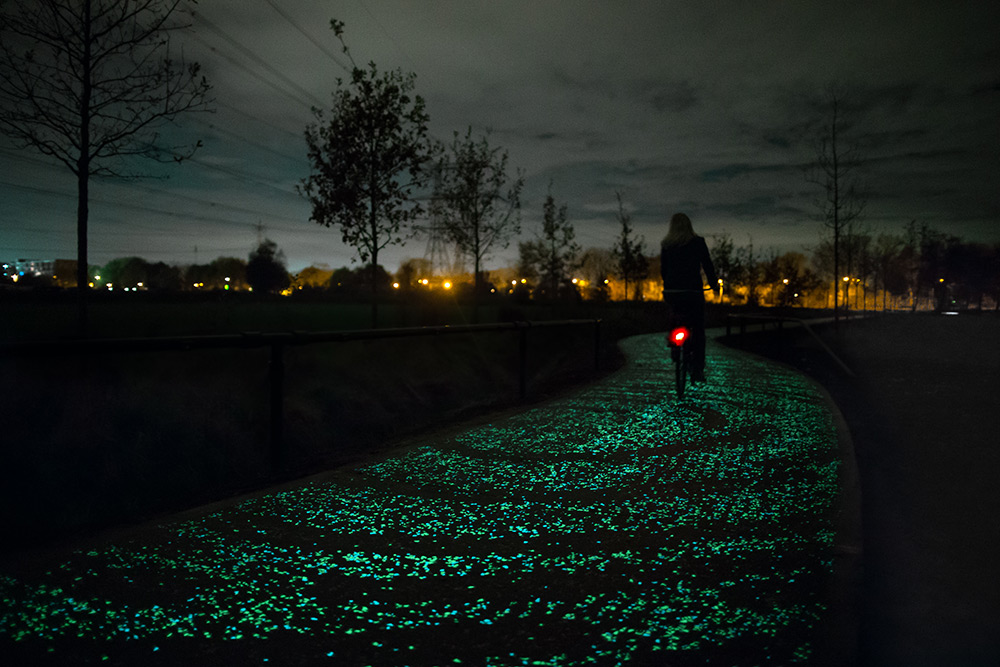 This stunning illuminated bike path in Nuenen, Netherlands was just unveiled tonight by Studio Roosegaarde, an innovative social design lab that has risen to prominence for their explorations at the intersection of people, art, public space, and technology; most notably their research with Smart Highways that could potentially charge moving cars or intelligently alert drivers to hazards. The swirling patterns used on the kilometer-long Van Gogh-Roosegaarde Bicycle Path were inspired by painter Vincent van Gogh (who lived in Nuenen from 1883 to 1885), and is lit at night by both special paint that charges in daylight and embedded LEDs that are powered by a nearby solar array. You can read more about the project over on Dezeen. 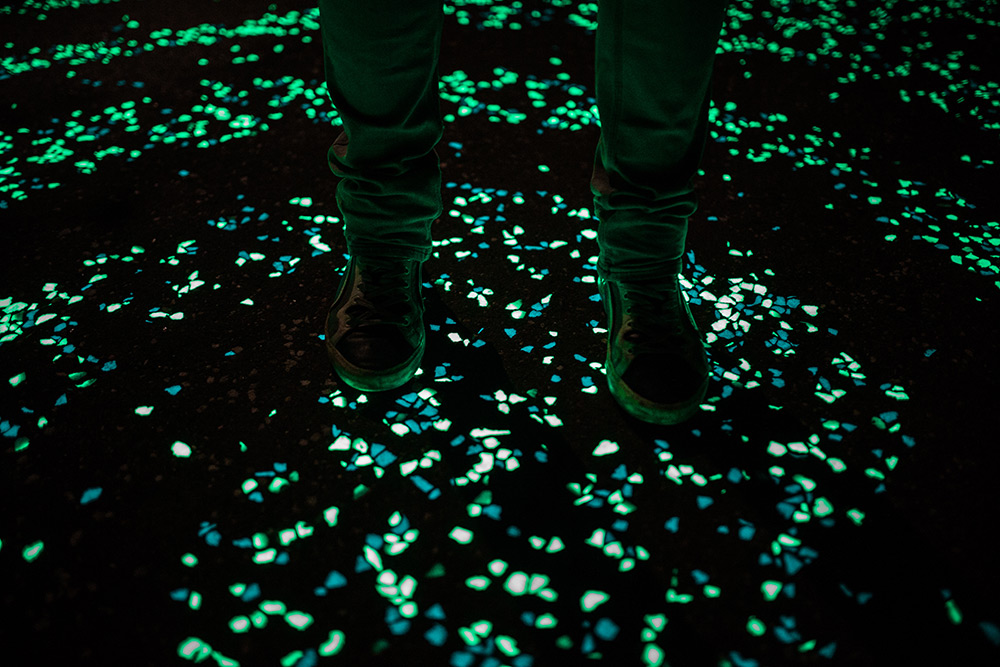