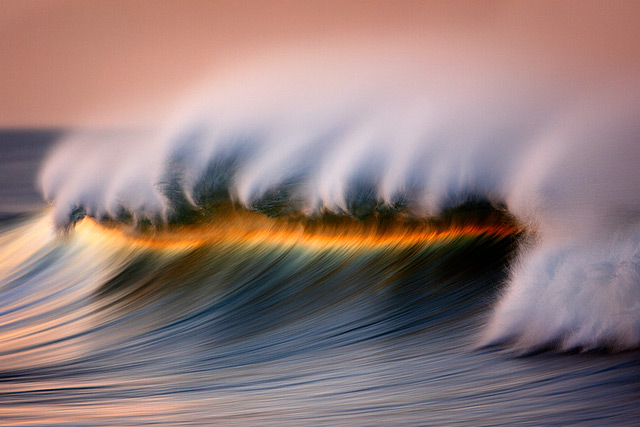 According to the New York Times sculptor Mario Ceroli is one of the least known yet most influential artists of the Italian post-war scene. His work spans over forty years and I encourage you to take a deep dive into his website to explore his wide range of installations and sculptures. Two of his most beautiful works depict crashing waves sculpted from thin layers of precisely cut wood and glass titled La Vague and Maestrale. The energy present in the works is remarkable as if any moment the materials are going to crash into the gallery floor. Also, if you’ve ever been to the Adelaide Botanic Garden in Australia you may have seen a similar piece by sculptor Sergio Redegalli called Cascade. (via connaissance des arts, claudio, and tate_ellen) The Scariest Waves Ever Surfed

This is not your average surfing video. This astounding footage was shot on August 27th, 2011 by cinematographer Chris Bryan at Teahupo’o, a small village off the coast of Tahiti. At the time these guys hit the water the French Navy had declared the day a double code red prohibiting and threatening to arrest anyone entering the water. Watch and you’ll see why. This is probably the most terrifying yet beautiful surfing video I’ve ever seen. (via stellar)