We’ve long admired the breathtaking botanical artwork crafted by San Francisco-based artist Tiffanie Turner (previously here and here). Combining her architectural training with a love of the natural world, Turner has pioneered a seemingly infinite number of techniques to craft incredibly lifelike flowers from everyday materials. And, after years of refining her unique art form, her debut book The Fine Art of Paper Flowers will be published on August 22nd.

In her comprehensive photo-filled 254-page book, Turner starts from the ground up, detailing materials and basic techniques, doling out dye recipes, and offering species-specific construction guides for leaves, stems, and buds. Finished projects range from delicate cosmos to peonies the size of a fully-grown person, and include options for personal accessories like everlasting boutonnieres and flower crowns that channel Frida Kahlo. Turner generously shares every aspect of her years of acquired knowledge in her friendly voice, with step-by-step instructions that read somewhere between a cookbook and a novel.

And, if you live in the Chicago area or would like to visit our fair city, we are thrilled to be hosting Tiffanie for two workshops and a book signing on September 26th. Tiffanie will be teaching how to make Cosmos or Double Bomb Peonies (or both!) in an intimate workshop setting held at Colossal’s HQ. There will also be a free book signing, where copies of Tiffanie’s book will be available for purchase. Tickets and info for the workshops can be found on Colossal. 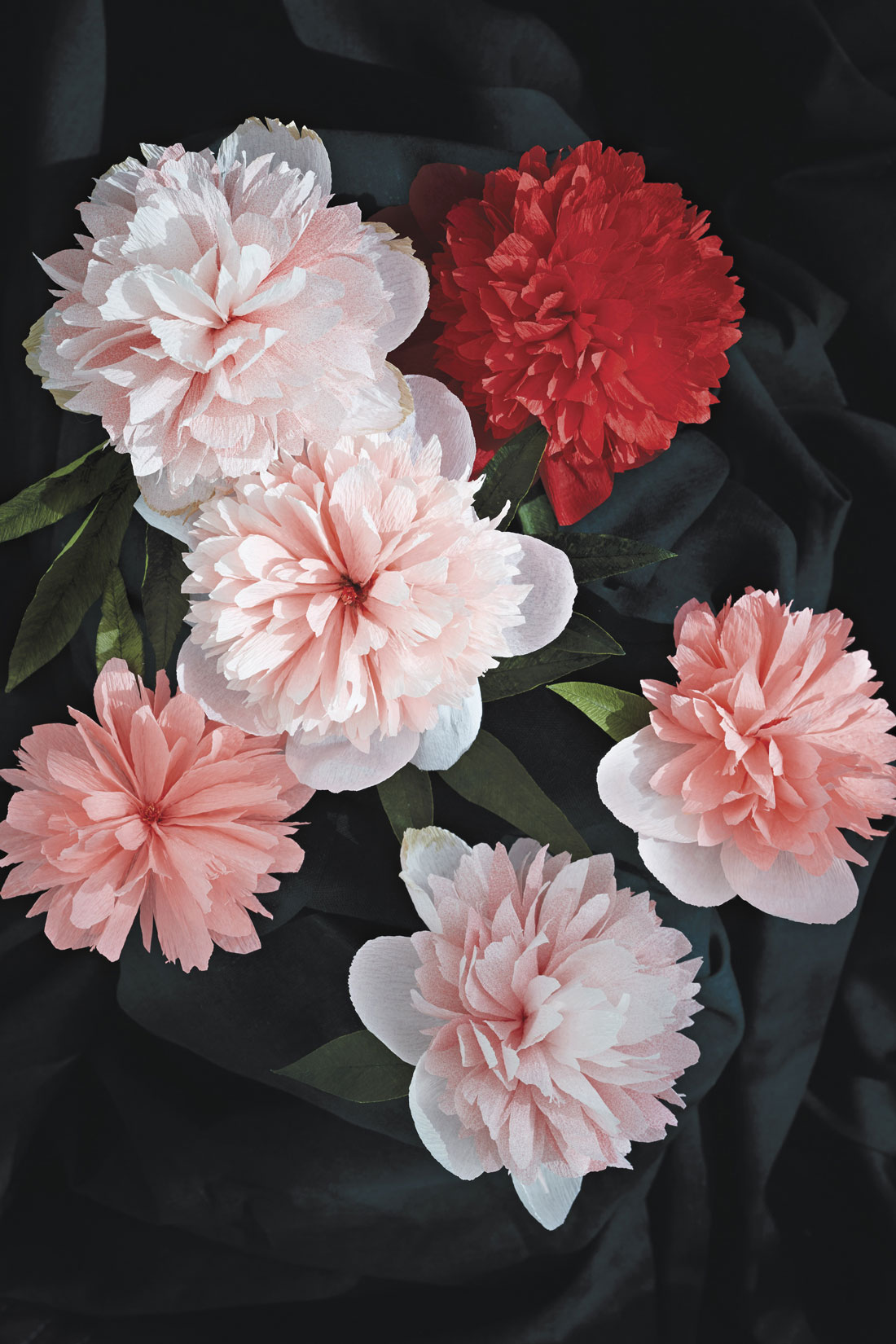 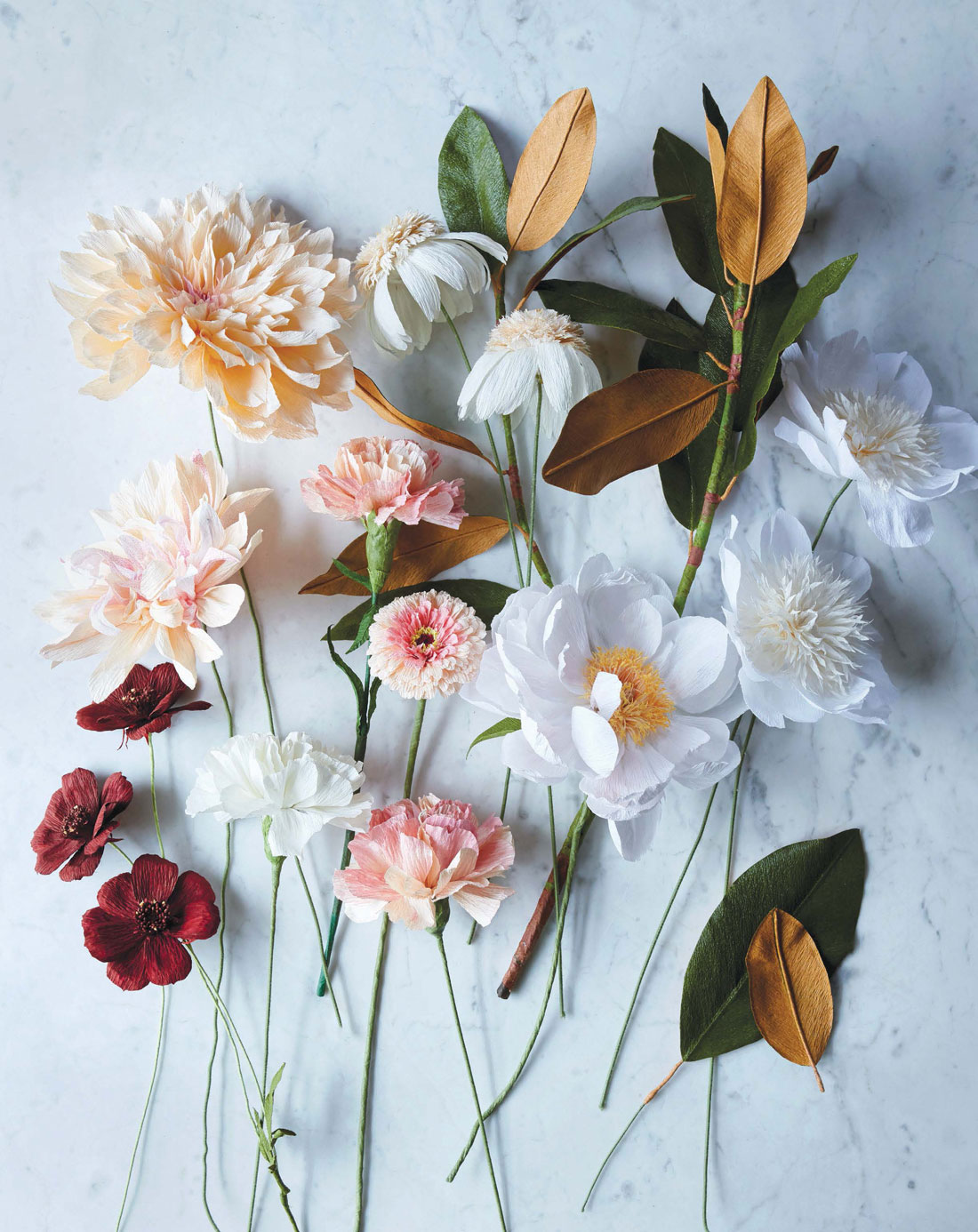