All images © Rainlook, shared with permission

Soaring more than 22,000 feet above the landscape, the frigid Meili mountain range sits at the edge of Yunnan’s Deqin County in the Diqing Tibetan Autonomous Prefecture and borders the phenomenal “Three Parallel Rivers,” a UNESCO world heritage site where the Jinsha, Mekong, and Salween each run alongside each other but never converge. The imposing landmark, while steeped in cultural and historical significance, is majestic and sublime in its own right, features Shenzhen-based photographer Rainlook captures in a new series. Taken around 6 a.m., the images are shot when the first break of sunlight shines on the snow-streaked terrain, casting the mountain peaks in an ethereal glow while leaving the rest in nighttime shadows. We’ve gathered some of Rainlook’s photos here, but you can see the entire series on Behance. 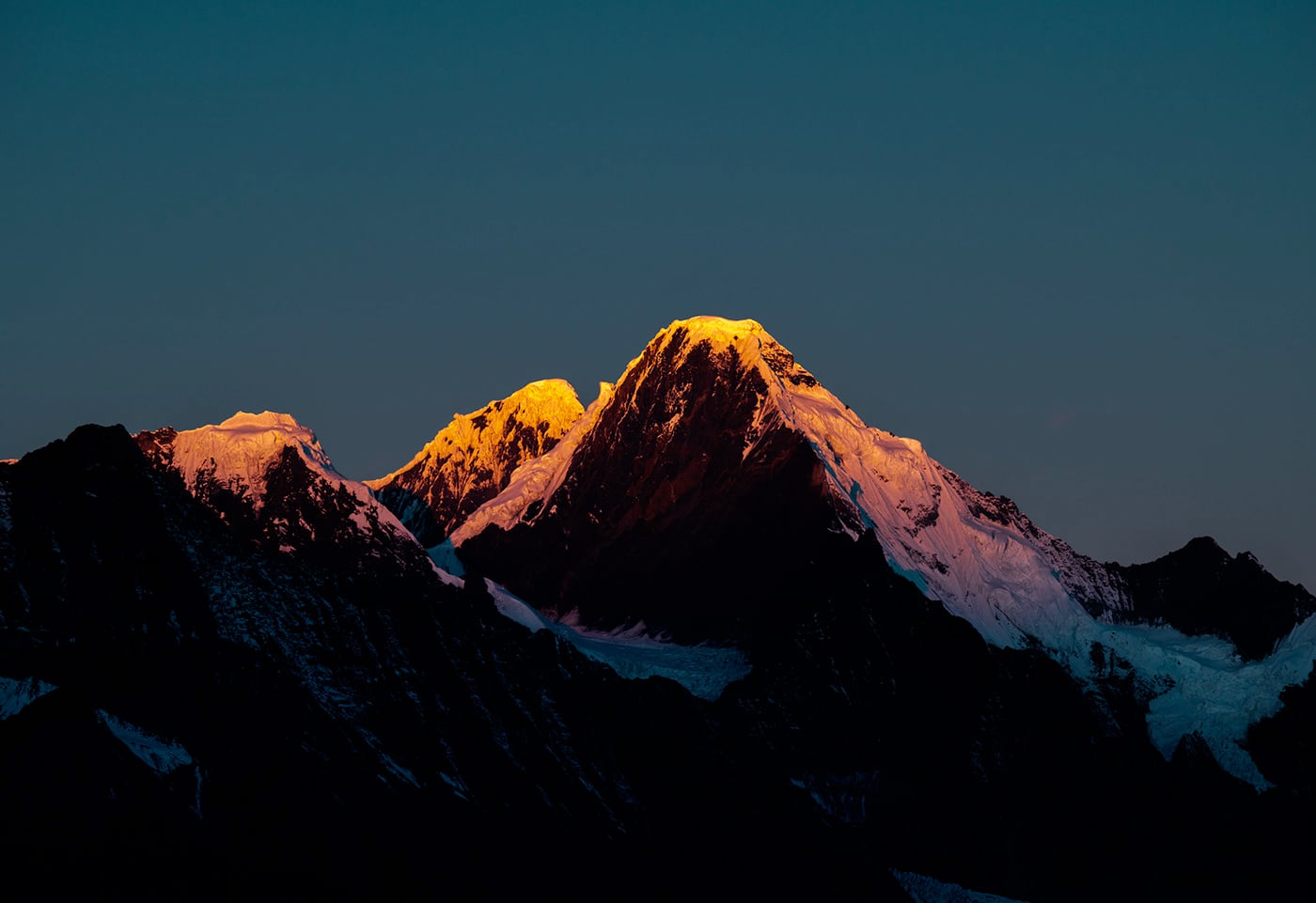