Masters of Disguise: Sly Insects From Costa Rica to Malaysia Show Off Their Expert Camouflages

Nature’s propensity for survival continuously manifests in surprising ways, and thanks to David Weiller (previously), we’re able to witness some of the most clever disguises of the insect world. The photographer captures a wide array of critters and their deceptive traits, from the Malaysian geometer moth and its expert camouflage as a dead leaf to the lichen katydid, which mimics the stringy filamentous lichen from which it draws its name. Weiller’s YouTube is a trove of exceptional imitations, including glimpses of the seemingly invisible bagworm moth caterpillar and the lappet moth caterpillar that appears to show off a cheesy grin. A New Book Plunges into the Vast Diversity of the World’s Oceans Across 3,000 Years Despite thousands of years of research and an unending fascination with marine creatures, humans have explored only five percent of the oceans covering the majority of the earth’s surface. A forthcoming book from Phaidon dives into the planet’s notoriously vast and mysterious aquatic ecosystems, traveling across the continents and three millennia to uncover the stunning diversity of life below the surface.

Spanning 352 pages, Ocean, Exploring the Marine World brings together a broad array of images and information ranging from ancient nautical cartography to contemporary shots from photographers like Sebastião Salgado and David Doubilet. The volume presents science and history alongside art and illustration—it features biological renderings by Ernst Haekcl, Katsushika Hokusai’s woodblock prints, and works by artists like Kerry James Marshall, Vincent van Gogh, and Yayoi Kusama—in addition to texts about conservation and the threats the climate crises poses to underwater life.

Ocean will be released this October and is available for pre-order on Bookshop. You also might enjoy this volume devoted to birds. 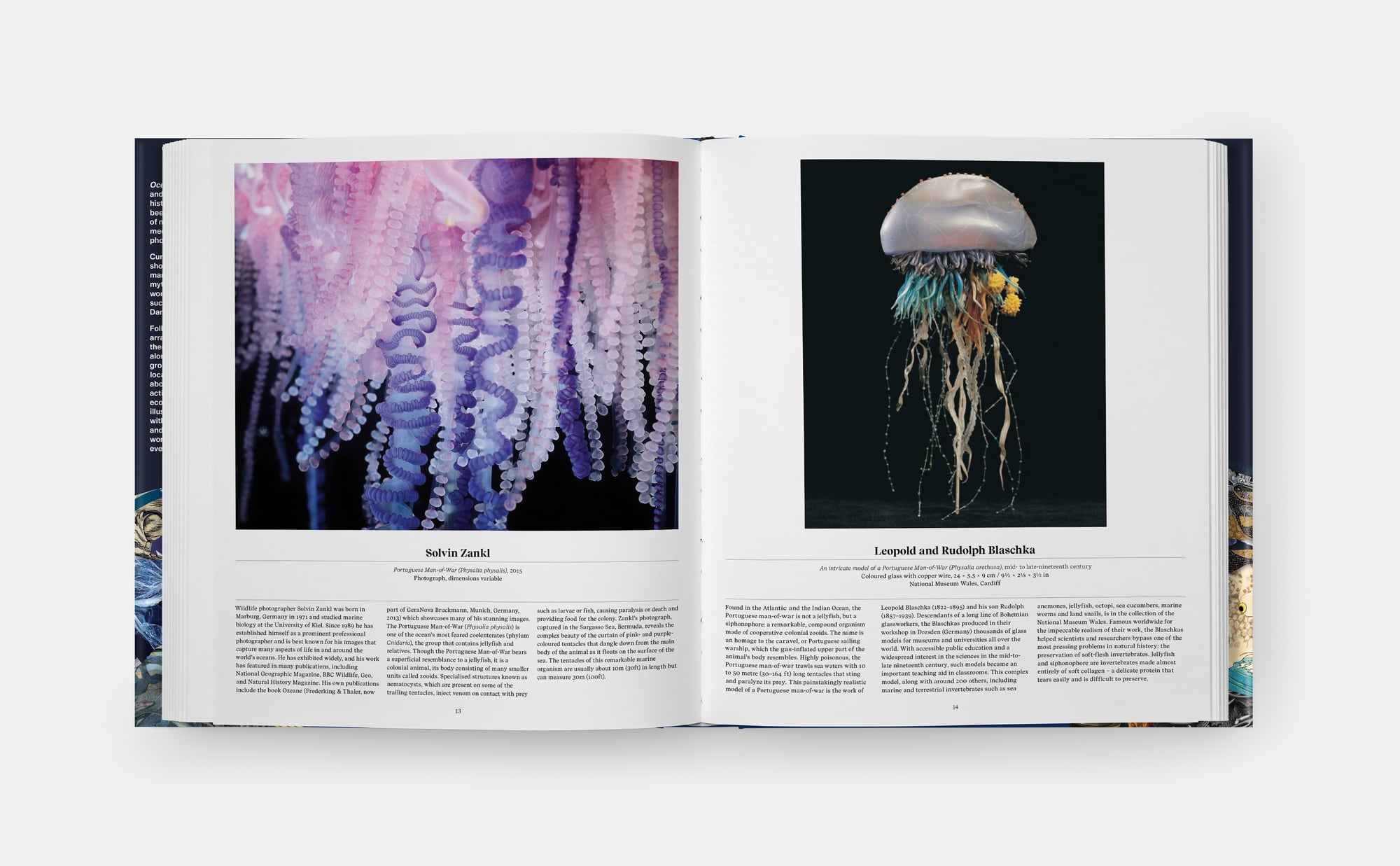