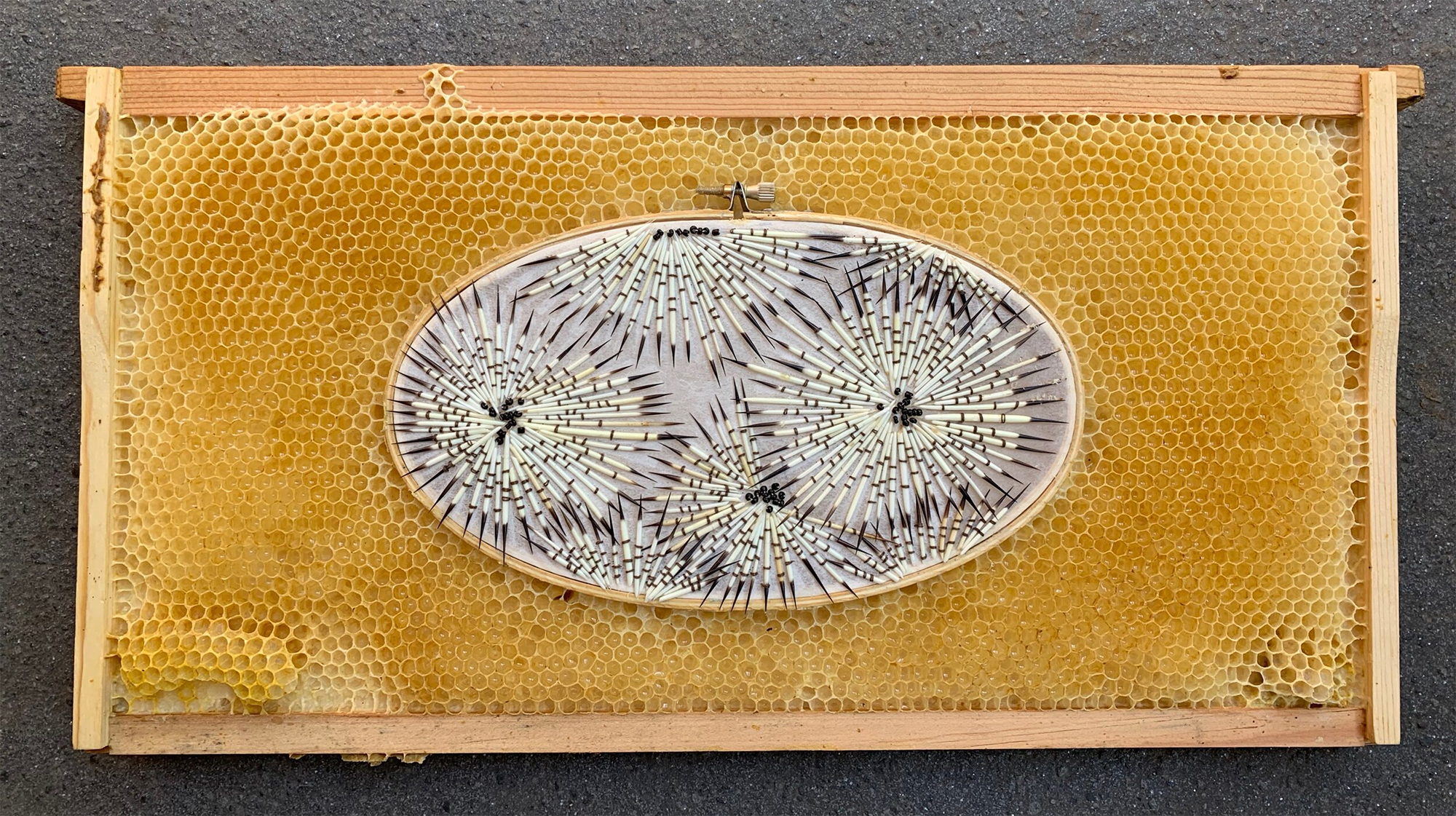 “Andromeda Galaxy at Arm’s Length?” © Nicolas Lefaudeux (France), galaxies winner and overall winner. “Have you ever dreamt of touching a galaxy? This version of the Andromeda Galaxy seems to be at arm’s length among clouds of stars. Unfortunately, this is just an illusion, as the galaxy is still 2 million light-years away. In order to obtain the tilt-shift effect, the photographer 3D-printed a part to hold the camera at an angle at the focus of the telescope. The blur created by the defocus at the edges of the sensor gives this illusion of closeness to Andromeda.”

The 2020 Insight Investment Astronomy Photographer of the Year contest gathers a trove of sublime shots capturing otherwise unseen phenomena and distant fixtures of outer space. With more than 5,000 entries from six continents, the 12th annual competition includes Nicolas Lefaudeux’s photograph of the Andromeda Galaxy two million light-years away, one by Rafael Schmall that frames the lit trails of Elon Musk’s Starlink satellites, and another of the Aurora Borealis reflecting on the ice by Kristina Makeeva (previously).

Starting October 23, 2020, the top photographs will be on display at the National Maritime Museum. Until then, pick up a copy of this year’s book that collects all 140 winning and shortlisted shots, and explore some of Colossal’s favorites below. “Iceland “© Kristina Makeeva (Russia) aurorae highly commended. “Winters in Iceland require some training in terms of wind protection equipment. Iceland is a country with very strong winds, so a stable tripod is required to shoot the aurora. Many astrophotographers wait in a certain place for several hours to capture the Aurora Borealis. The photographer was lucky in this instance as she waited near Diamond Beach where the reflection of the aurora on the ice was beautiful.” “The Prison of Technology” © Rafael Schmall (Hungary), people and space winner. “The star in the centre of the image is the Albireo double star, surrounded by the trails of moving satellites. How many more might there be by the time we reach next year’s competition? There could be thousands of moving dots in the sky. In order to create astrophotos, photographers have to carefully plan where to place the telescope, and this will be more difficult in the future with more satellites in the way.”

“Light Bridge in the Sky” © Xiuquan Zhang (China), aged 12, young competition highly commended. “The photographer visited Iceland with his mother in 2019. The sky there is wonderful every night. The photographer had never seen such a scene before! The aurora is magical, as you can see in this photo.” “Cosmic Inferno” © Peter Ward (Australia), stars and nebulae winner. “NGC 3576 is a well-known nebula in southern skies but is shown here without any stars. The software reveals just the nebula, which has been mapped into a false color palette. The scene takes on the look of a celestial fire-maelstrom. The image is intended to reflect media images taken in Australia during 2019 and 2020, where massive bushfires caused the destruction of native forests and have claimed over 12 million acres of land. It shows nature can act on vast scales and serves as a stark warning that our planet needs nurturing.” “Observe the Heart of the Galaxy” © Tian Li (China), people and space runner up. “This image depicts the photographer climbing the radio telescope and Mingantu solar radio telescope array. First, the photographer tested and moved his camera so that the M8 and M20 nebulae would appear right next to the telescope. After taking the foreground image, he moved his camera a little bit but still pointing at the same location in the sky, and captured the background with an equatorial mount.” “Tycho Crater Region with Colours” © Alain Paillou (France), our moon winner. “The Tycho crater is one of the most famous craters on the Moon. This huge impact has left very impressive scars on the Moon’s surface. With the colours of the soils, Tycho is even more impressive. This picture combines one session with a black-and-white camera, to capture the details and sharpness, and one session with a colour camera, to capture the colours of the soils. These colours come mainly from metallic oxides in small balls of glass and can give useful information about the Moon’s geology and history. The blue shows a high titanium oxide concentration and the red shows high iron oxide concentration. This picture reveals the incredible beauty and complexity of our natural satellite.” “The Green Lady” © Nicholas Roemmelt (Germany), aurorae winner. “The photographer had heard a lot of stories about the ‘lady in green’. Although he has had the chance to photograph the Northern Lights many times, he had never seen the ‘green lady’ before. On a journey to Norway, she unexpectedly appeared with her magical green clothes making the whole sky burn with green, blue, and pink colours.” “The Dolphin Jumping out of an Ocean of Gas” © Connor Matherne (USA), stars and nebulae runner up. “This target is officially known as Sh2-308, but the photographer has always enjoyed calling it the Dolphin Nebula. It is a bubble of gas being shed by the bright blue star in the centre of the image as it enters its pre-supernova phase. The red star to the right could possibly be influencing the shape too and might be responsible for the bill of the dolphin. While it won’t explode in our lifetimes, seeing the warning signs are quite neat. It never hurts to say that the warning signs are the most beautiful part of this particular target!”

In the last few months, underwater footage has transported us into the depths of the previously unexplored Ningaloo Canyons and glimpsed the stunning blanket octopus as she unfurls her iridescent web. Now, the San Diego Zoo dives below the surface to capture the unusual ways flamingos eat.

Their pink-feathered heads plunge underwater to suck up mud and other debris from the sandy bottom. Filter-like plates called lamella trap shrimp and other aquatic creatures before dispersing the rest through the sides of their bills. Make sure you turn the volume up to hear the ungainly birds’ equally strange noises.

Check out a variety of amusing videos featuring baby lemur twins, penguin drama, and other animal antics on YouTube. (via PetaPixel)

“The Rise of Molds” plunges into the minute world of four species of fungi as they fester, sprout, and morph from spindly, white shoots into dark, dense patches. Shot by Beauty of Science (previously), the timelapse captures Rhizopus, Aspergillus Niger, Aspergillus Oryzae, and Penicillium spores with a supermacro lens, magnifying the microscopic organisms as they grow and sprawl across the screen. Each of the molds is utilized to ferment common foods, like wine and soy sauce, and to add pungent flavors to cheese. Check out Beauty of Science’s extensive library of videos chronicling chemical processes and animal life cycles on YouTube. 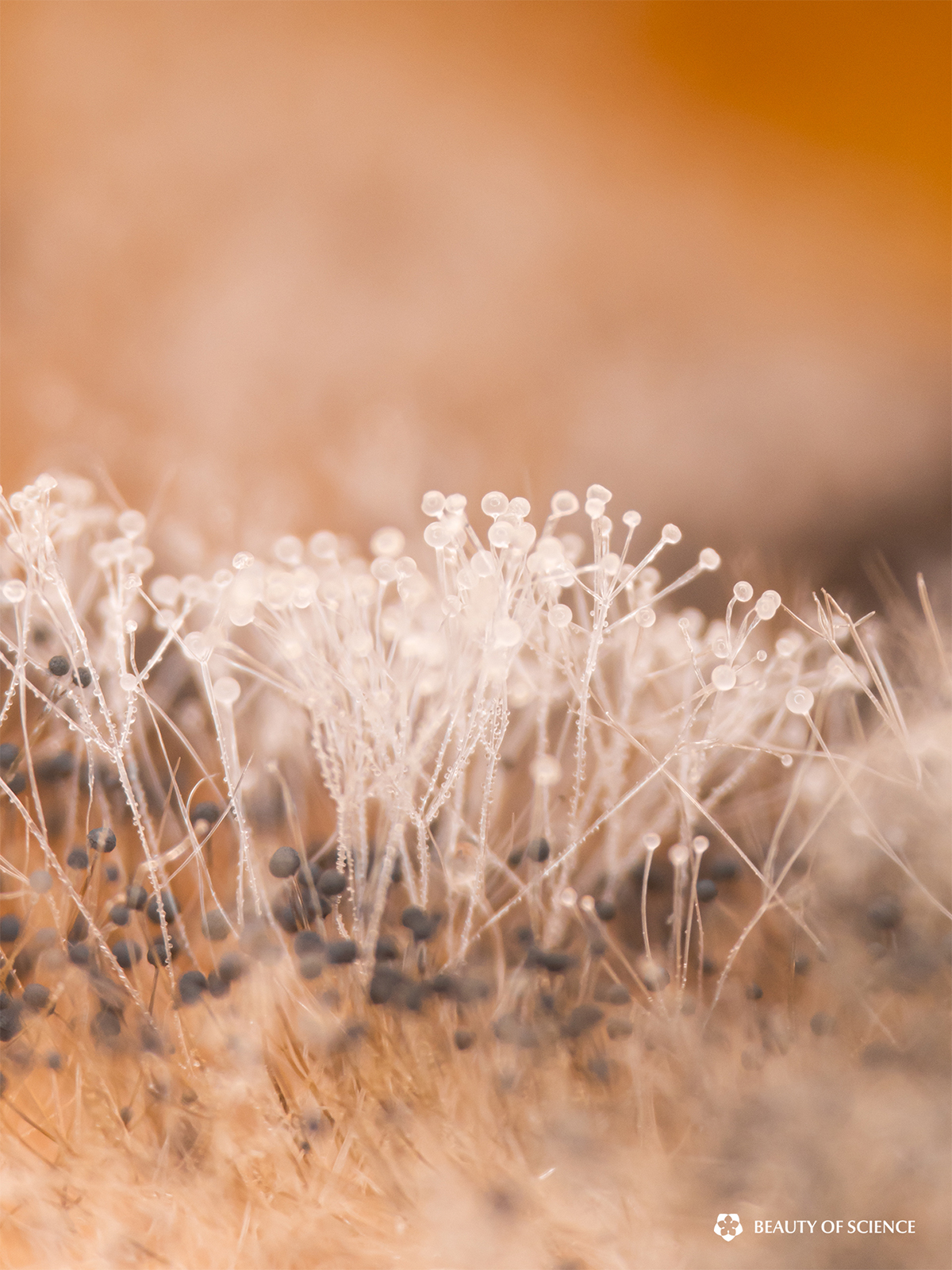 In a follow-up to the 2016 book Overview featuring stunning imagery of the Earth from above, Overview Timelapse: How We Change the Earth takes a critical look at the numerous ways humans have completely altered the surface of our planet in a very short time through urban development, climate change, and deforestation. Overview founder Benjamin Grant and writer Timothy Dougherty have teamed up to examine some 250 new satellite images that capture the remarkable changes currently taking place all around us from a dramatic macro perspective.

The Daily Overview is an immensely popular Instagram account started by Grant in 2013 that shares a fascinating overview photograph each day. Overview Timelapse is currently available for pre-order on Bookshop.