Heading into the office mid- or post-pandemic looks a lot different than a few months ago, but hopefully, no one’s workplace resembles the turbulent situation that unfolds at Bronson Inc. in “Keep Moving.” The absurd video opens with typical depictions of corporate life: A woman’s heels clack on the sidewalk, a man looks forward in a (cheesily) determined manner, and employees swipe their badges to enter the building. Soon, though, the mundane scene morphs into complete mayhem. Workers are swept up like a tidal wave before gushing through a television screen. They’re thrown down escalators and battered with a barrage of office equipment and electronics. For every seemingly simple phone swipe or walk down the hallway, havoc ensues.

Directed by the Swedish collective StyleWar in collaboration with production company Smuggler, the music video accompanies BRONSON ’s newly released track “Keep Moving.” The short is comprised of stock footage that’s manipulated and layered with CGI  to create the frenzied office nightmare, according to a statement. For more of Smuggler’s comical projects, head to Vimeo. 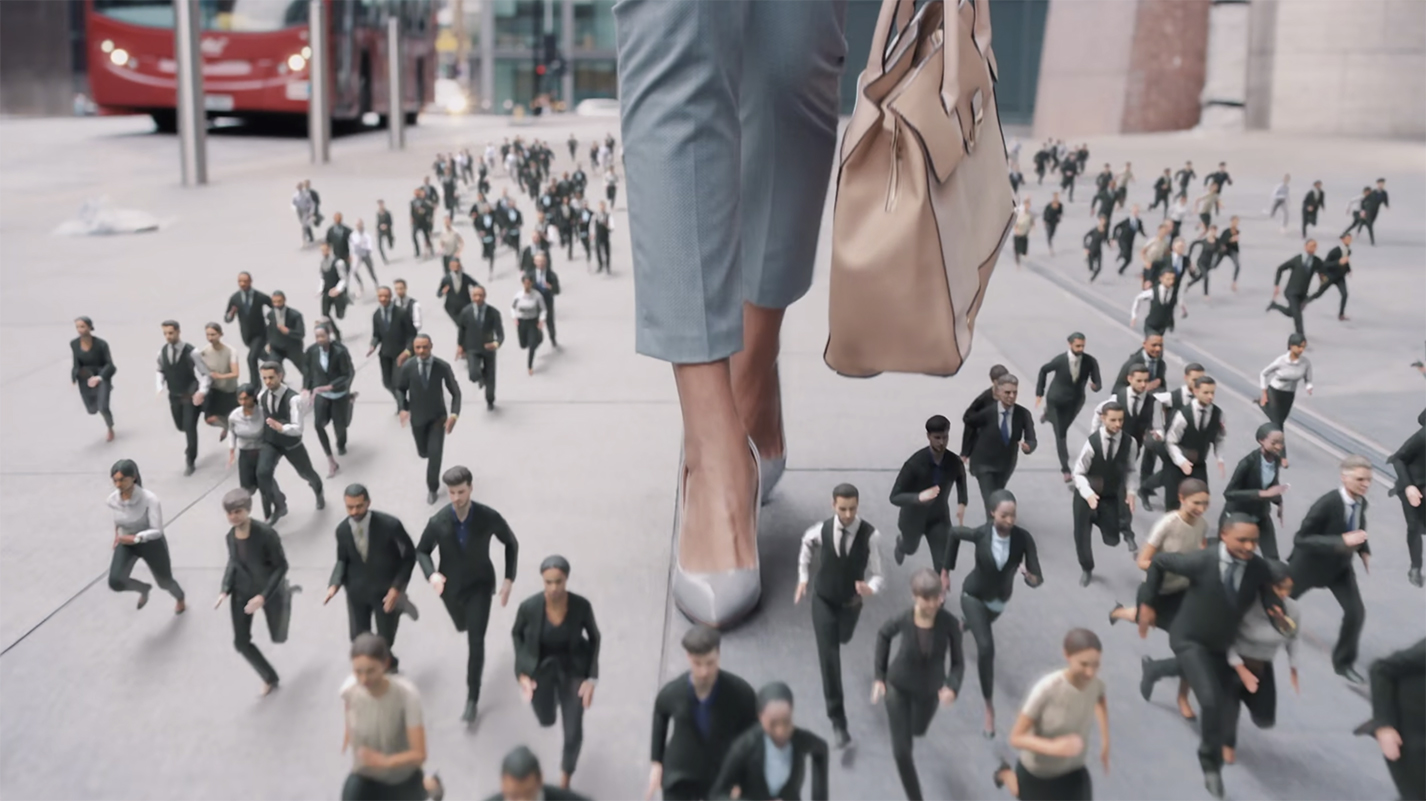 All images courtesy of Robert Specker

The next Johnny Cash or Taylor Swift might just be a resident of the Sydmar Lodge Care Home in Edgware, England. After being in lockdown for more than 120 days, the seniors at the assisted living facility decided to recreate some of the most iconic album covers, transforming themselves into Blink 182, Adele, and Bruce Springsteen in some amusing parodies.