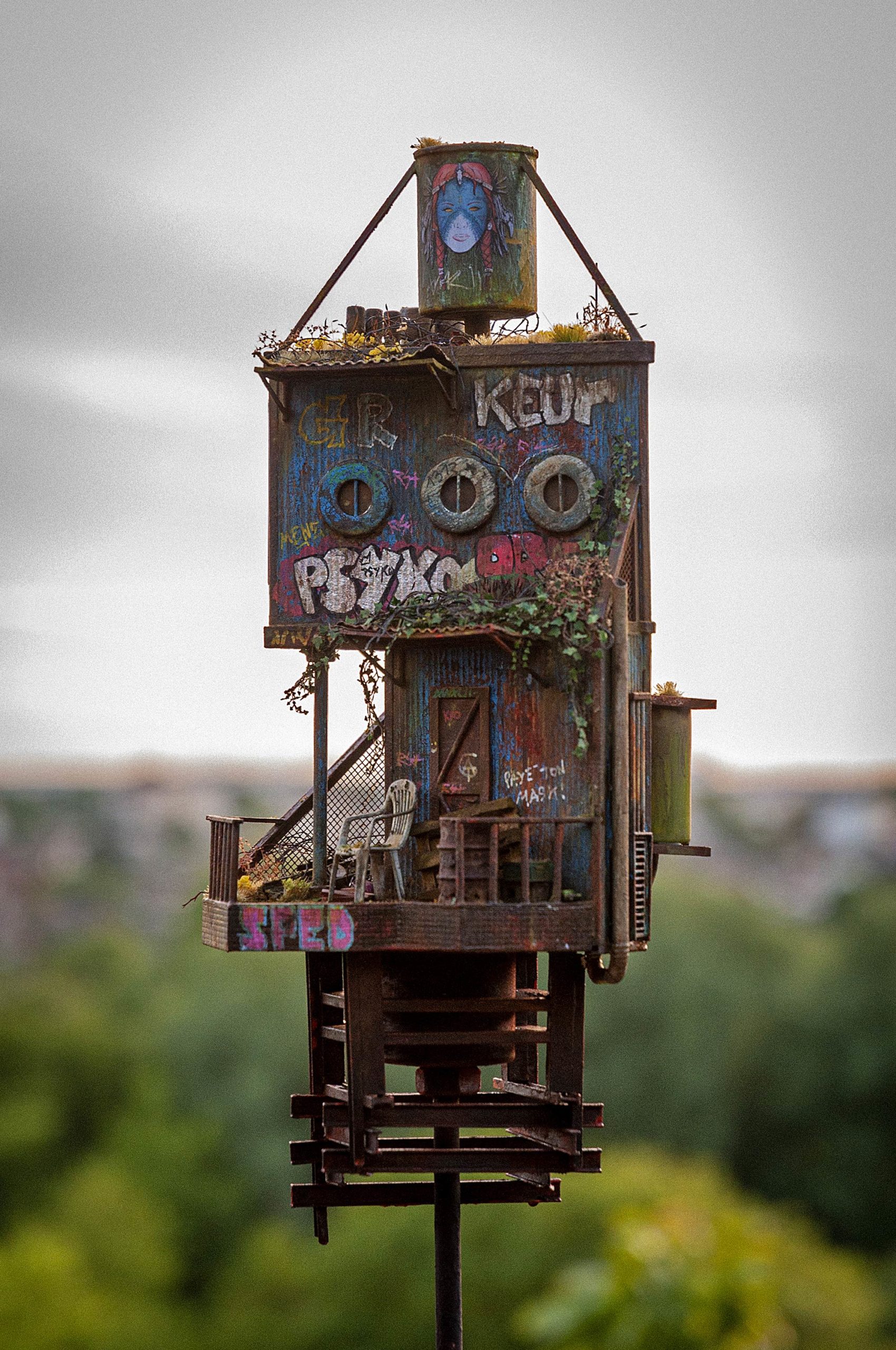 Enveloped by trailing vines and mosses, the dilapidated shelters that Paris-based artist Simon Laveuve crafts appear to emerge from a post-apocalyptic universe as eerie safe-havens. Often elevated aboveground, the miniature buildings feature vertical constructions with various platforms and stairs leading upward. “My pieces, for the most part, have this aspect of shelter… I like to work on the height and the inaccessible. Protection and surrender. Fallen icons and their symbolism. Resistance and insubordination,” the artist says.

Marked with signage and advertisements plastered on the walls, the decaying dioramas showcase an alternate world now abandoned. Graffiti marks the siding, and thick vegetation cradles the remaining environments. Each sculpture displays the destructive qualities of humanity, while ultimately showing the natural world’s ability to survive.

Laveuve’s shelters are featured in Small Scale, Big World: The Culture of Mini Crafts, which is available from Bookshop. Explore more of the uncanny works on the artist’s site and Instagram, where he also shares glimpses into his process. 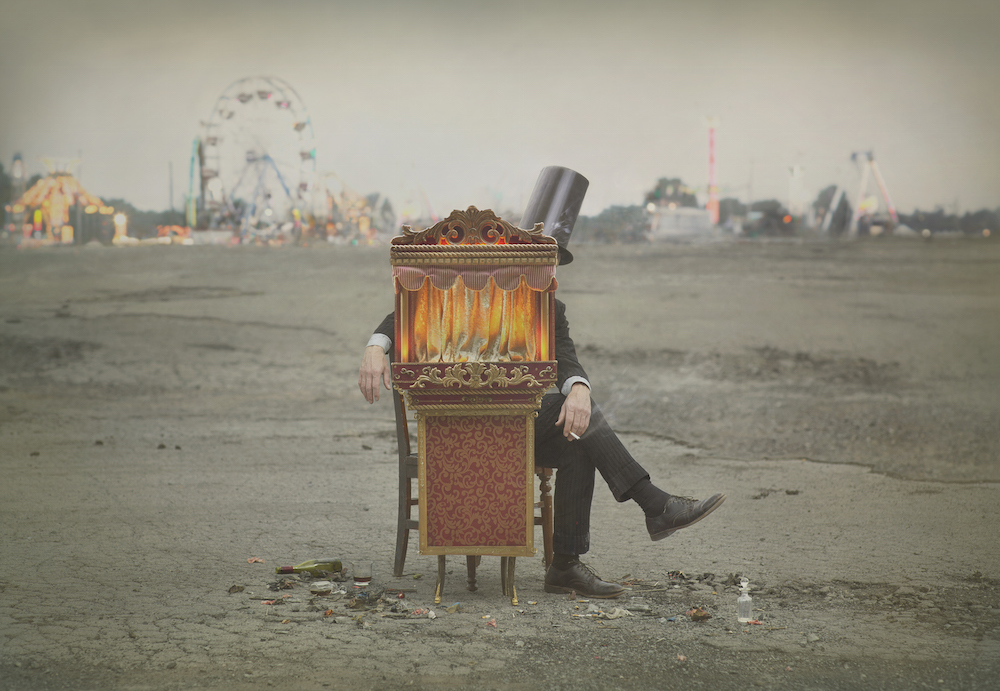 Fantastical Paintings of Animals Within Post-Apocalyptic Environments by Martin Wittfooth Martin Wittfooth transposes the temperament we typically associate with large animals to those much smaller, painting foxes and birds as the heroic victors of this works while making larger animals much more passive and calm. Each of his paintings feature these creatures in environments that deviate from the peaceful surrounding we would expect—trash and decay littering the the ground while smog fills the sky.

“As a species we share a pretty significant degree of similar reactions to the natural world: there are forms in nature that we seem to have innate responses to,” said Wittfooth in an interview with beinArt. “Like a sense of awe or respect for large mammals, and revulsion for spiders and snakes. I’m interested in this kind of shared pattern recognition and instinctive responses. I’m pretty invested in trying to imbue my paintings with some sense of ‘presence’ and hence am working with subject matter that can impart an emotional reading of it, not just a rational (strictly observing) analysis.”

The Brooklyn-based painter’s work is included with 27 other artists fascinated with the wild form in the new book Juxtapoz Wild. You can see more of Wittfooth’s work on his Facebook page here. (via Juxtapoz)