A Surreal Photoshoot on an Underwater Shipwreck in Bali 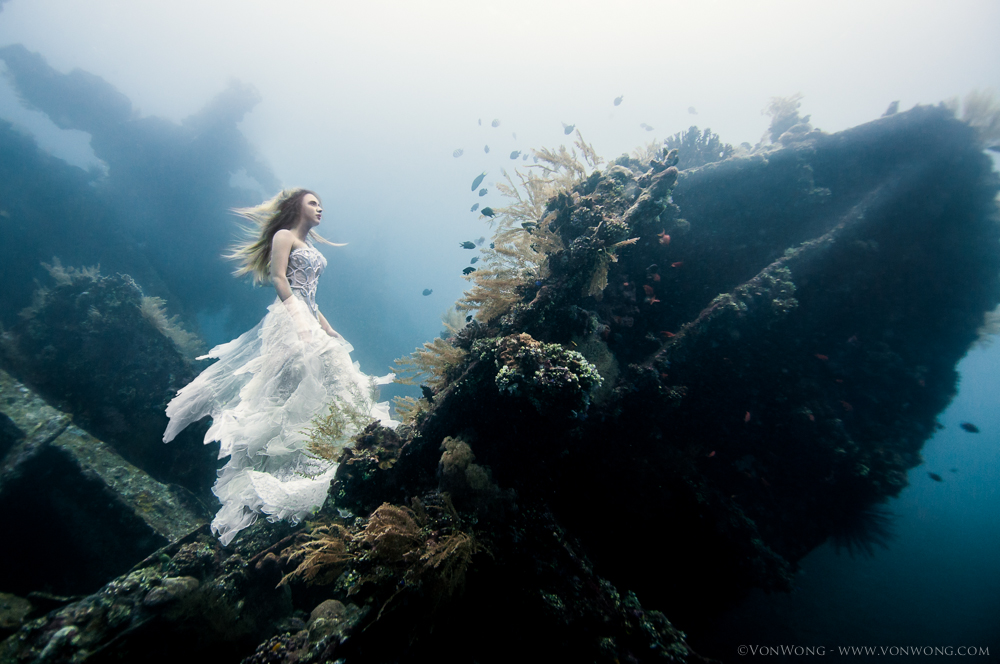 Taken recently off the coast of Bali, these surreal photos are the creation of Montreal-based director and photographer Benjamin Von Wong, known for his exceedingly difficult photoshoots. Where it might be more practical to create the complex aspects of these photos digitally, Von Wong took a different path and assembled a team of two models who also happen to be trained freedivers, 7 additional support divers, and obtained special permission to utilize a 50-year-old underwater shipwreck. The entire shoot took place 25 meters below the surface, and because of the extreme conditions and limitations, he relied heavily on natural light to create the final images you see here.

You can watch the video above to see how the photoshoot came together and read more about the process over on his blog. (via PetaPixel, My Modern Met)