“Some people live on the block, I just live under it.” All images © Ben Zank, shared with permission

The ordinary collides with the bizarre in Ben Zank’s photography. Set on the street, on construction sites, or in grassy fields, his surreal images capture subjects in unequivocally inconvenient positions: A businessman finds himself trapped under a concrete block, a wood pile stacks atop one figure, and another precariously grasps the edge of a sinkhole. Often hiding their faces behind barriers or through a distinctly avoidant turn of the head, Zank anonymizes his subjects, making their awkward predicaments appear all the more inevitable and bound to happen to unassuming passersby. “I think I’m falling for you” Ben Zank (previously) captures emotions of confusion, restriction, and ennui and in his ongoing series of banal-meets-bizarre photographs. Each image features a single subject in a seemingly mundane location: on a city sidewalk, near a semi truck trailer, or in a forest. Yet the individual at hand is engaged with or affected by their surroundings in highly unusual ways: one figure bends backward under the weight of long birch branches stuffed under his shirt; another is sandwiched in a layer cake of collapsed cardboard boxes. Zank shares with Colossal that he’s entering a season of productivity in his personal work as the weather warms, and is looking forward to a solo show in Shanghai, which will open in fall 2020. Stay up to date with Zank’s surreal scenes on Instagram. 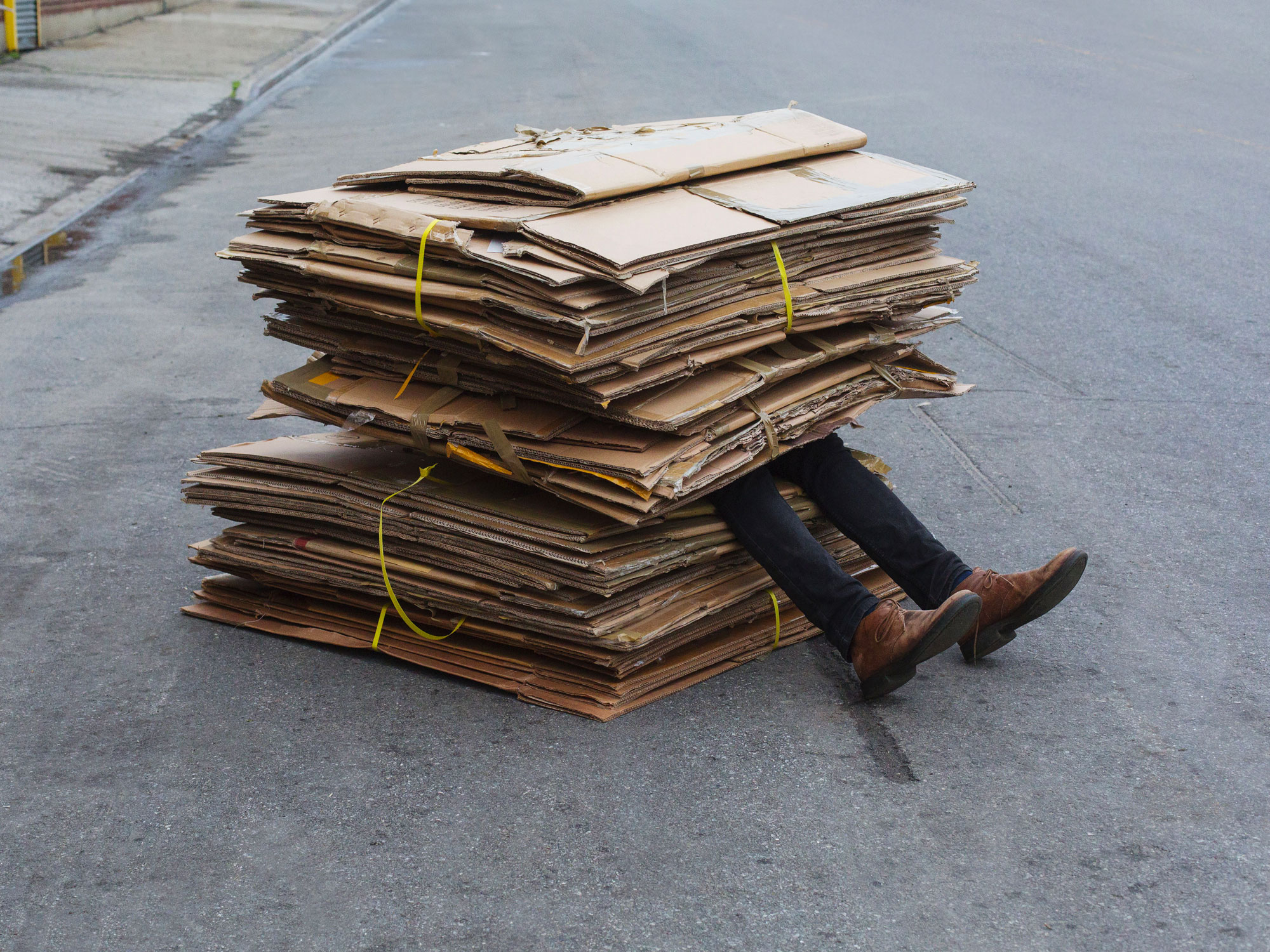 Brooklyn-based photographer Ben Zank has an eye for the unusual. Strange juxtapositions, awkward inconveniences, and often the ongoing struggle of life itself are all expressed through his surreal photography. Zank often portrays figures (some of which are self-portraits) as physically encumbered with faces obscured or turned away from the camera, seemingly in the throes of personal conflict. Yet despite the adversity in each photo, the element of humor seems constantly present. It’s hard not to laugh and smile at the absurd predicaments he conceives of for each shot, reminding us all to take a step back sometimes and just laugh at the ridiculousness of it all.

Zank shares his work almost exclusively through Instagram and prints of some photos are available through Opium Gallery.