In the sleek decanters designed by artist Charlie Matz, wine and other spirits trickle through a crab’s claws, a shark’s open jaws, and the belly of a branzino. The playful aeration vessels are handmade with borosilicate glass and position marine life at the necks of the carafe, ensuring that the creatures flush with reds and pinks with every pour. Matz, who works at the Chicago-based Ignite Glass, has a few of the decanters available in the studio’s shop, and you can follow his functional creations and new releases on Instagram. Freshly squeezed orange juice is a welcome sight at cafes worldwide. The machines often showcase about-to-be-squeezed oranges with pinball machine-esque wire loading racks and clear cases that allow the consumer to see their juice being made in real time. International design firm Carlo Ratti Associati (previously) takes the immediacy of the experience to another level. ‘Feel the Peel’ is a prototype machine that uses orange peels to create bioplastic, shaping bespoke cups to hold the juice made from the cups’ own innards.

In a press release about the project, Carlo Ratti Associati (CRA) explains that the approximately 9-foot tall machine handles 1,500 oranges, and the peels accumulate in the lower level. The peels are dried, milled, and mixed with polylactic acid to form a bioplastic, which is then heated and melted so that an internal 3-D printer can form each recyclable cup. CRA shares that they will continue to iterate, and are considering creating clothing from orange peels as a future functionality.

Follow along with CRA’s wide-ranging projects on Instagram and Twitter. If you enjoy Feel the Peel, also check out the cone-shaped french fry holders made from potato peels, designed by Simone Caronni, Paolo Stefano Gentile and Pietro Gaeli, as well as Mi Zhou’s toiletry containers made of soap. (via designboom) Belgium-based photographer and designer Manon Wethly keeps a wonderful Instagram account where more traditional landscapes of the European countryside are punctuated with the occasional airborne beverage. No liquid is safe from being catapulted in front of her camera, Wethly uses coffee, milk, juice, water and other drinks to get the perfect mix of form and color to make some pretty fantastic shots. She says most of the photos are captured with her iPhone though she’s also begun experimenting with larger cameras. See more of her high speed photography over on her blog. (via junk culture) 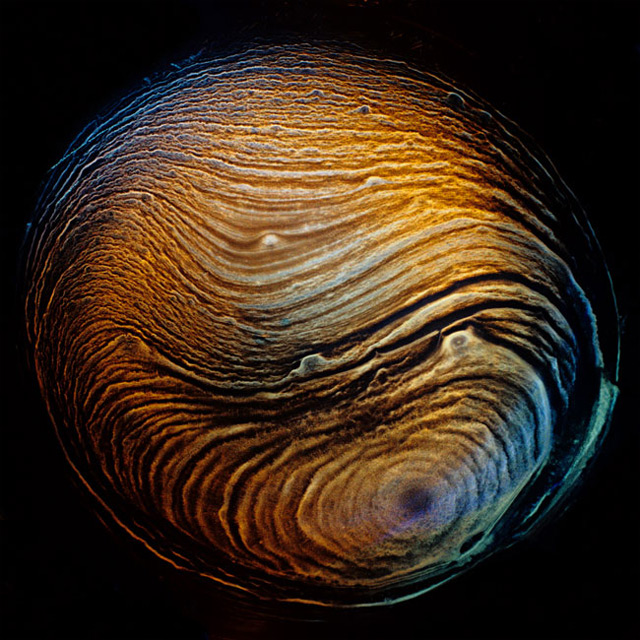