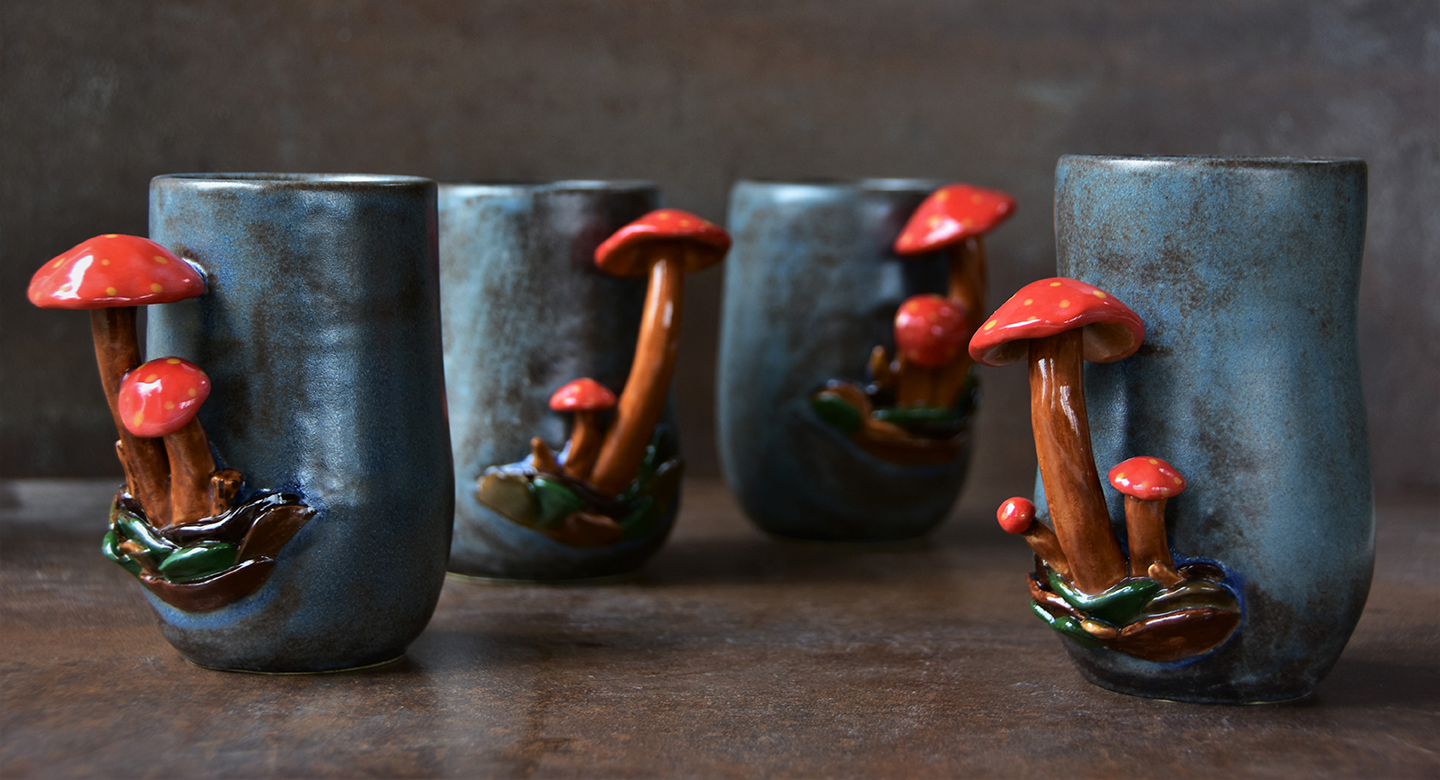 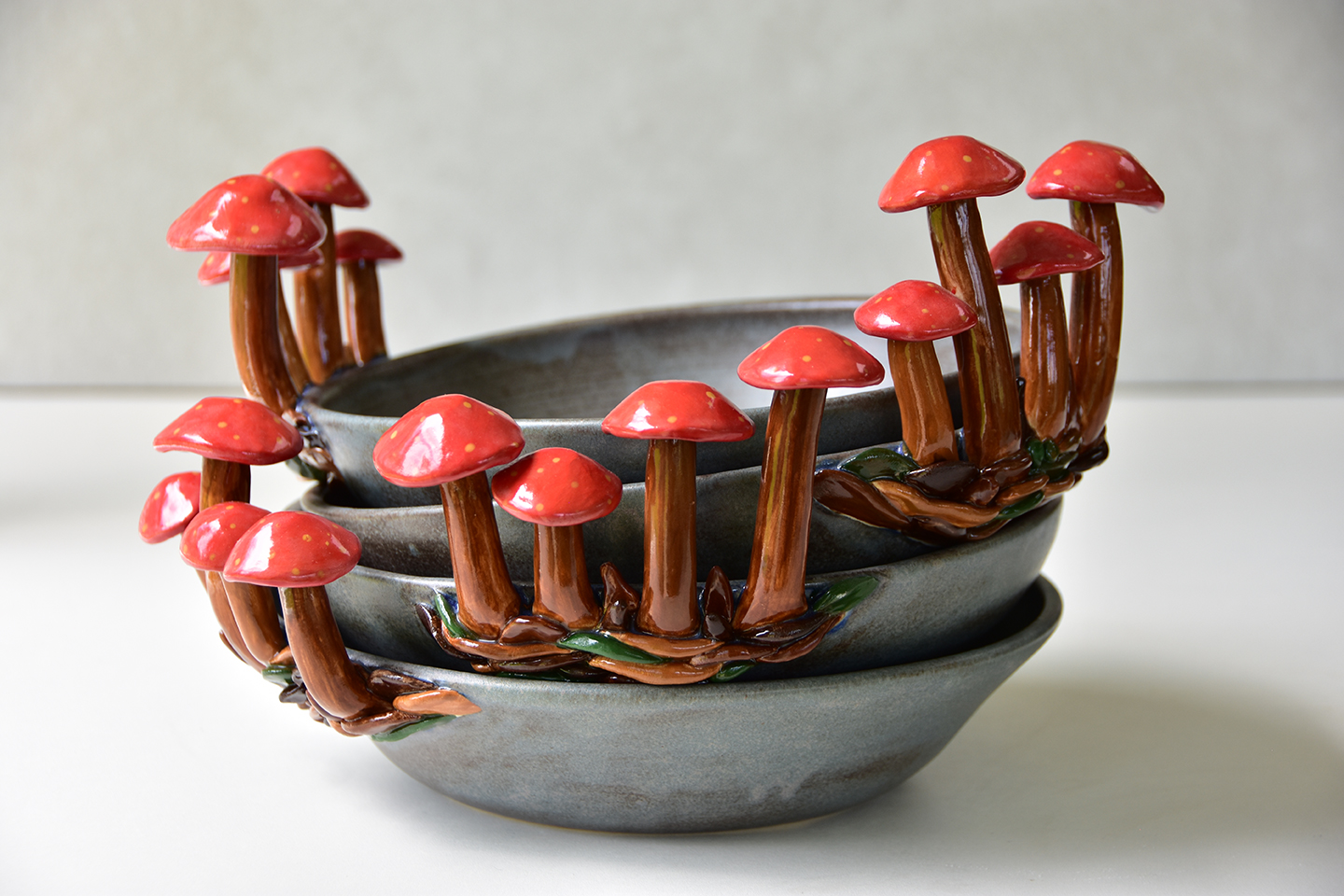 Based in Edinburgh, artist Frances Priest merges stripes, chevron, and asanoha designs into impeccably complex motifs. Generally utilizing bold color palettes, Priest’s hand-built vases and bowls begin with sketches on paper before being transferred to test slabs of clay. The artist says she treats “the surface much like a sheet of paper,” as she inscribes each vessel using scalpels, patterns, and aluminum stamps.

The entirety of the piece is enveloped in the surface design so the works appear to wrapped in, or constructed out of pattern. I think it is a real treat to pick up an object and find that the base has been treated with the same care as the rest of the work, it makes the form complete and also allows for the group works to be re-arranged into different compositions.

Much of her intricate work is derived from The Grammar of Ornament by British architect Owen Jones, which her father gifted her as a child. The classic text focuses on ornamental design spanning multiple regions and periods. “I can distinctly remember spending hours as a child tracing the designs with my fingers, leafing from page to page and absorbing the visual languages on display,” Priest said in a statement. Her most recent vases from her Grammar of Ornament series directly reference the marble and tile mosaics found in the book’s Byzantine section, the artist tells Colossal.

Priest, though, doesn’t limit herself to representing only singular styles or eras. Her ongoing Gathering Places project serves as a collection “extracted from my sketchbook and collaged together into my own new designs—parquet, tiles, parasols, and swags. I use the title gathering places for all the half-sphere vessel forms because they are just that, places to gather together collections of decorative motifs,” she says. For example, “Architekten” is based on stark angles in buildings by the architecture firm Saurebruch Hutton, in addition to the natural foliage she discovered in illustrations of Vienna’s Villa Primavesi.

If you head to Instagram, you’ll find more of Priest’s elaborate ceramics, in addition to a coloring book she created that’s free to download. Fusing ancient techniques with contemporary aesthetic, Dual Bowls are one-of-a-kind vessels forged from a mixture of recycled brass, copper, zinc, or nickel in this new project from artist Kawther Al Saffar. The bowls are made in partnership with the Alwafi Foundry in Kuwait, which utilizes a variety of sand-casting methods with sand acquired from the nearby Nile River. Instead of masking or eliminating imperfections left behind from the casting process, Saffar chose to highlight them, giving each bowl a unique design while referencing the inherent complexity of forging a single object from two different materials.

Saffar was born and raised in Kuwait and attended the Rhode Island School of Design where she studied industrial design, and you can see more of her work in her portfolio. Dual Bowls are currently funding on Kickstarter, and it looks like they smashed their funding goal almost immediately. 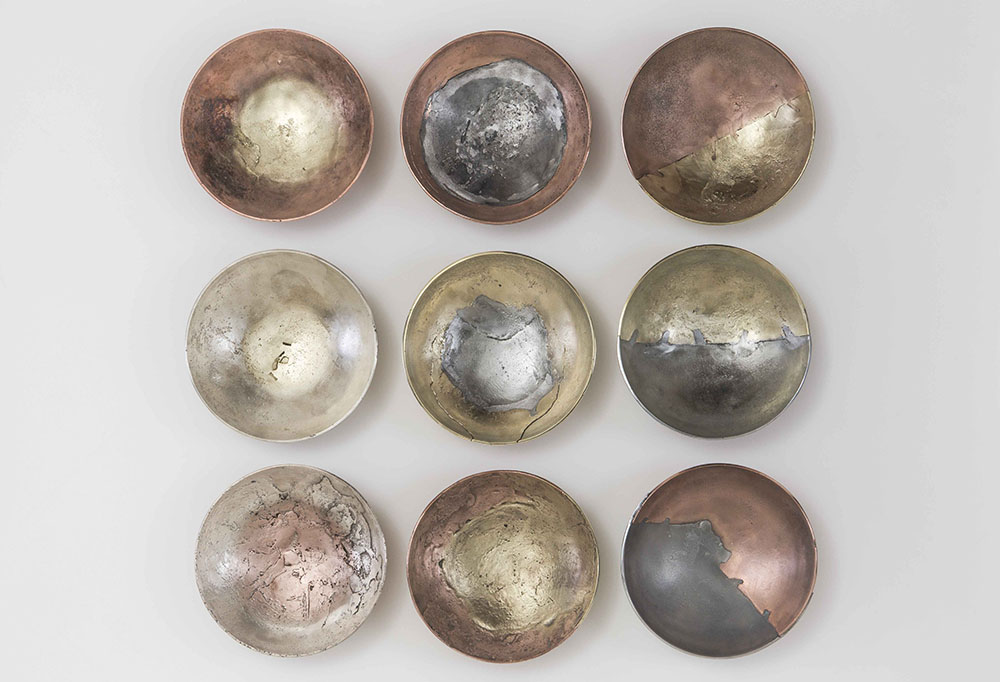 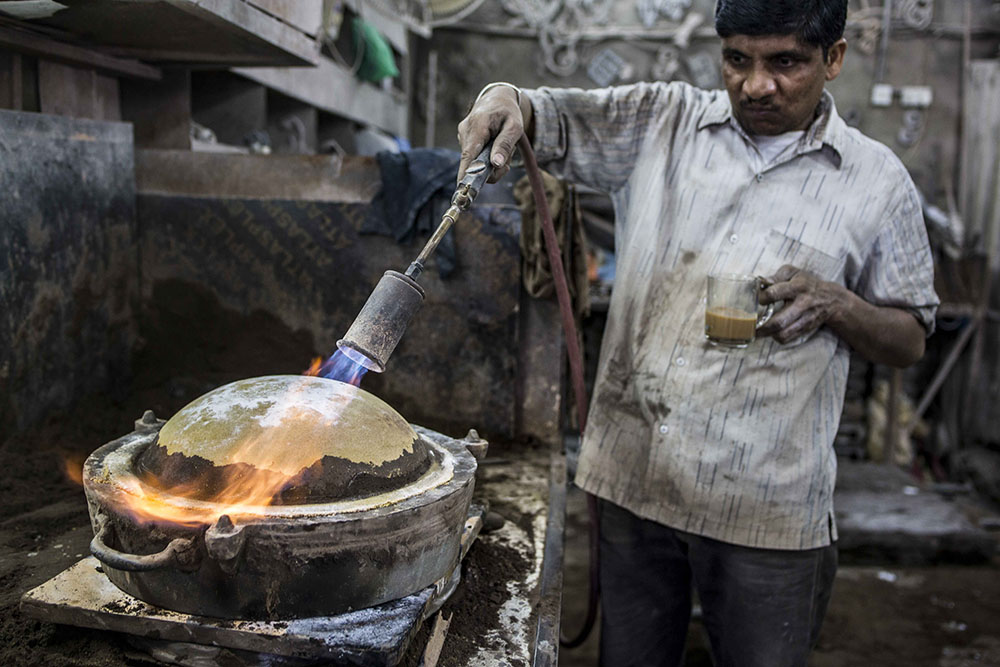 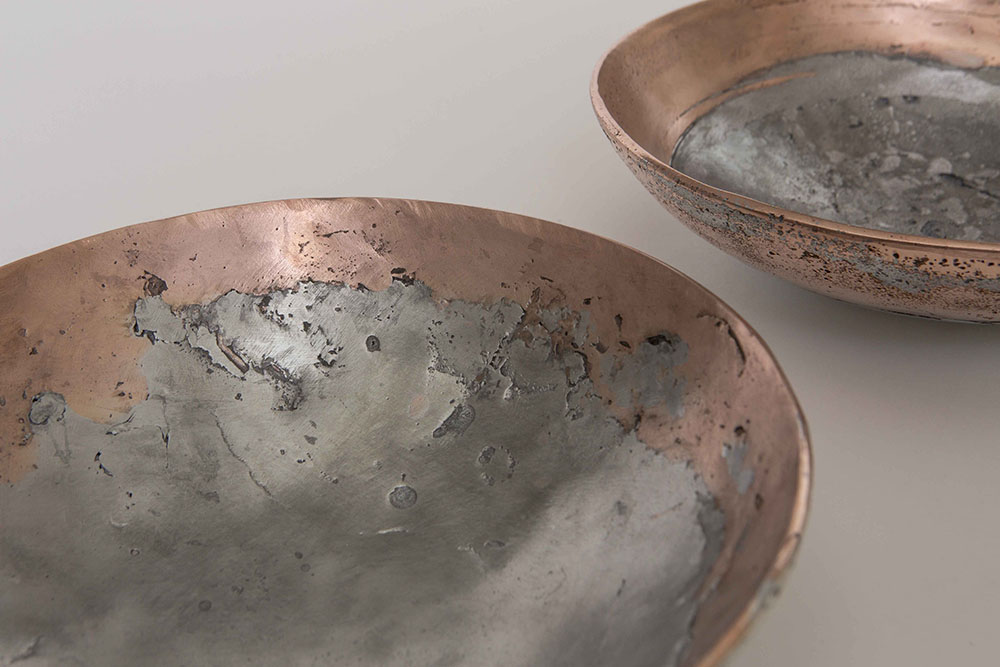