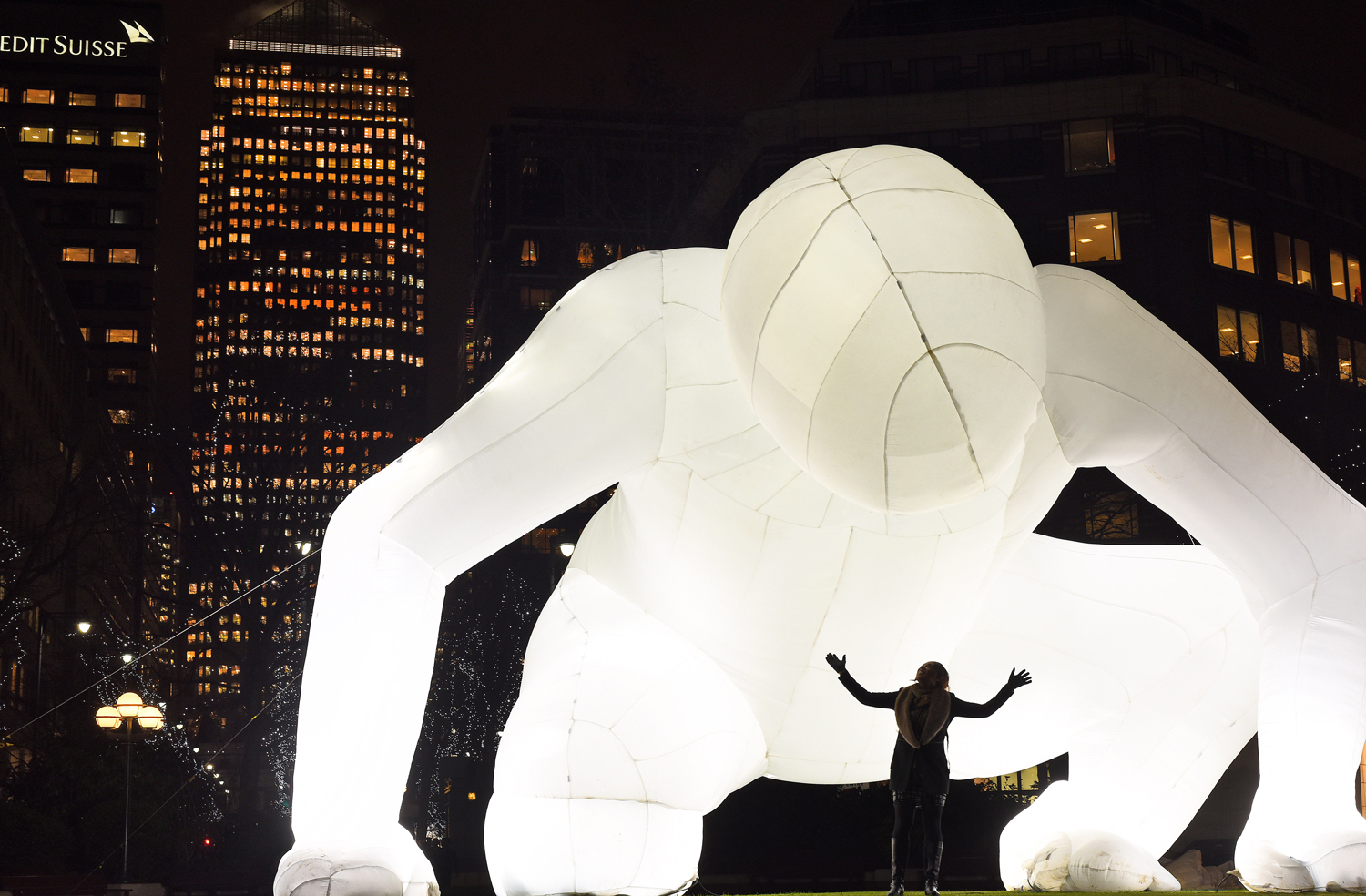 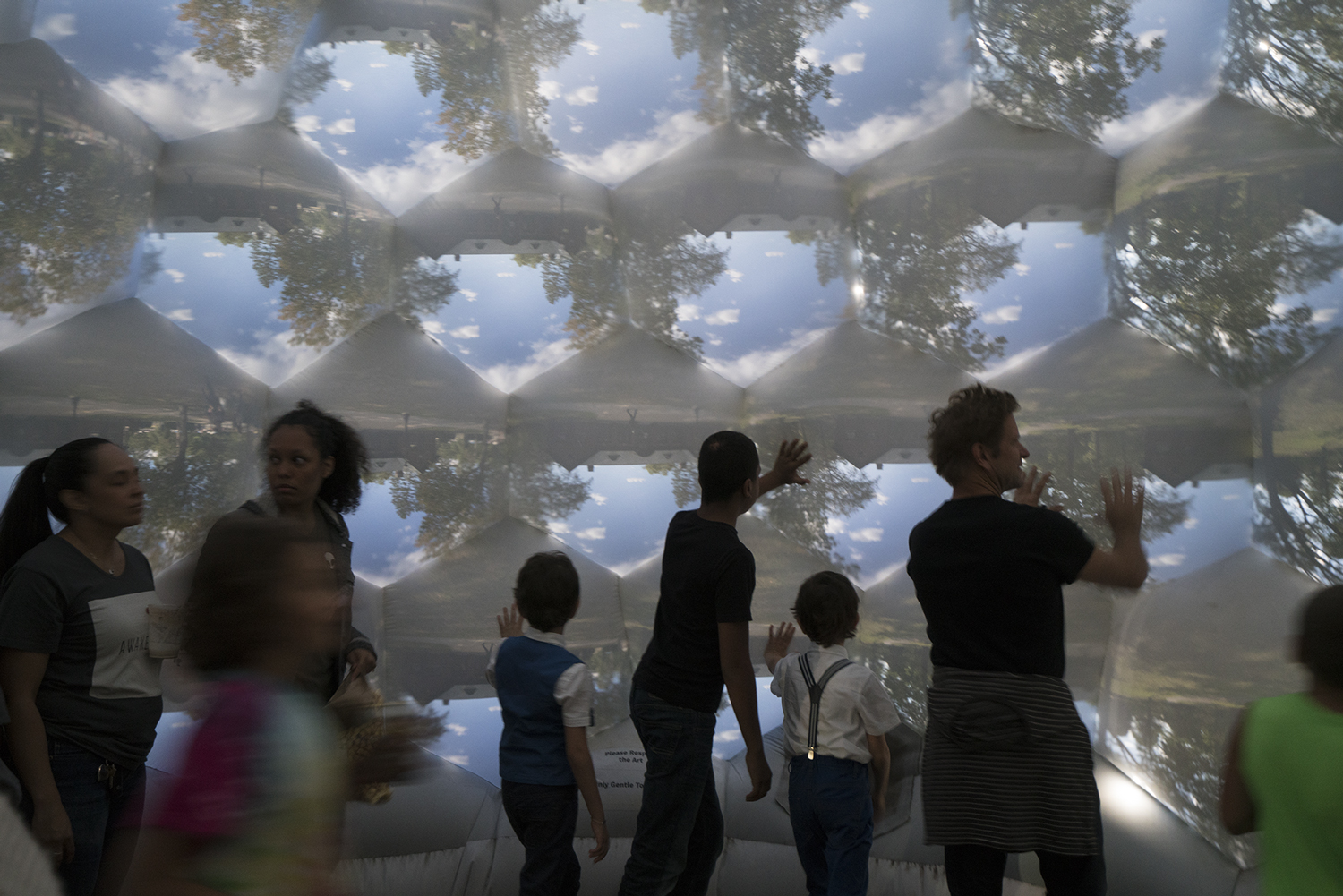 Collaborative duo Anna Heinrich and Leon Palmer were so impressed by the view overlooking the rolling hills of Hadleigh Country Park in Essex, England that they decided to capture it in perpetuity. Instead of simply taking a photograph, Heinrich & Palmer decided to submerge a camera obscura into the ground, imbedding an 11.5-foot Weholite pipe into the side of a hill to be easily accessible by the nearby bike path.

“The Reveal” was created to fit four to five people, and the 260 mm lens of the camera is fixed within the door, which needs to be closed tight in order for the “live” image to appear bright. Once you are securely inside, the bright scenery from outdoors comes in, snapping into focus on the back wall. Because of its location against the vast southern skies, Heinrich & Palmer explain that the landscape seems to fall away in the distance, and the passing ships give the image the quality of a moving oil painting.

The two installation artists met while studying fine art in Cardiff in the late 80s and have now been collaborators for over 20 years. Their work focuses mostly on the large scale, including films, installations, photography, and light boxes. You can see more of the artists’ work on their website. 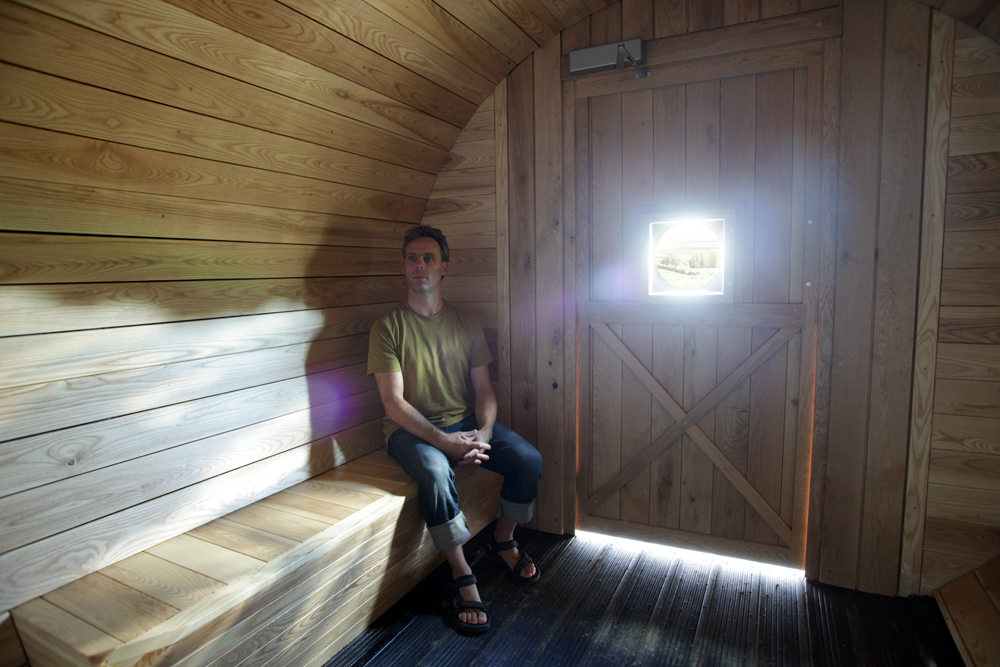 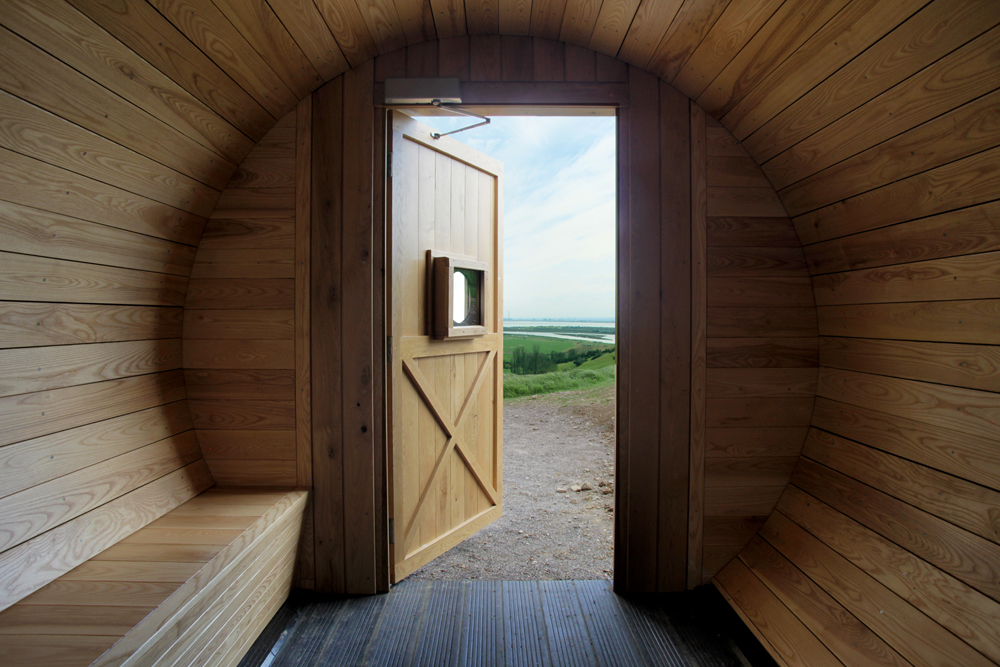