Traveling illustrator Maxwell Tilse documents his European journeys by creating small drawings of each city he lands in. After two years of living in London, Tilse has released a new series of miniature cut-out illustrations that depict the city’s oldest pubs and other famous landmarks.

The detailed works are merely 5 cm tall, yet capture the diverse architecture found in London’s pubs and other buildings. The Coach & Horses (pictured above) is a freestanding Tudobethan pub. “The pub itself isn’t anything unique,” explains Tilse in an Instagram post about the drawing. “In fact there are over 50 pubs named Coach & Horses in London alone. But I do love the mock Tudor architecture that’s nestled between the Grand Victorian hotels and galleries.”

In each post Tilse provides an historic fact about the provided building, and often describes his relationship to the pub or structure. You can see more of his illustrations documented next to the original building on Instagram, and browse his available works and prints on Etsy. (via ARCHatlas) 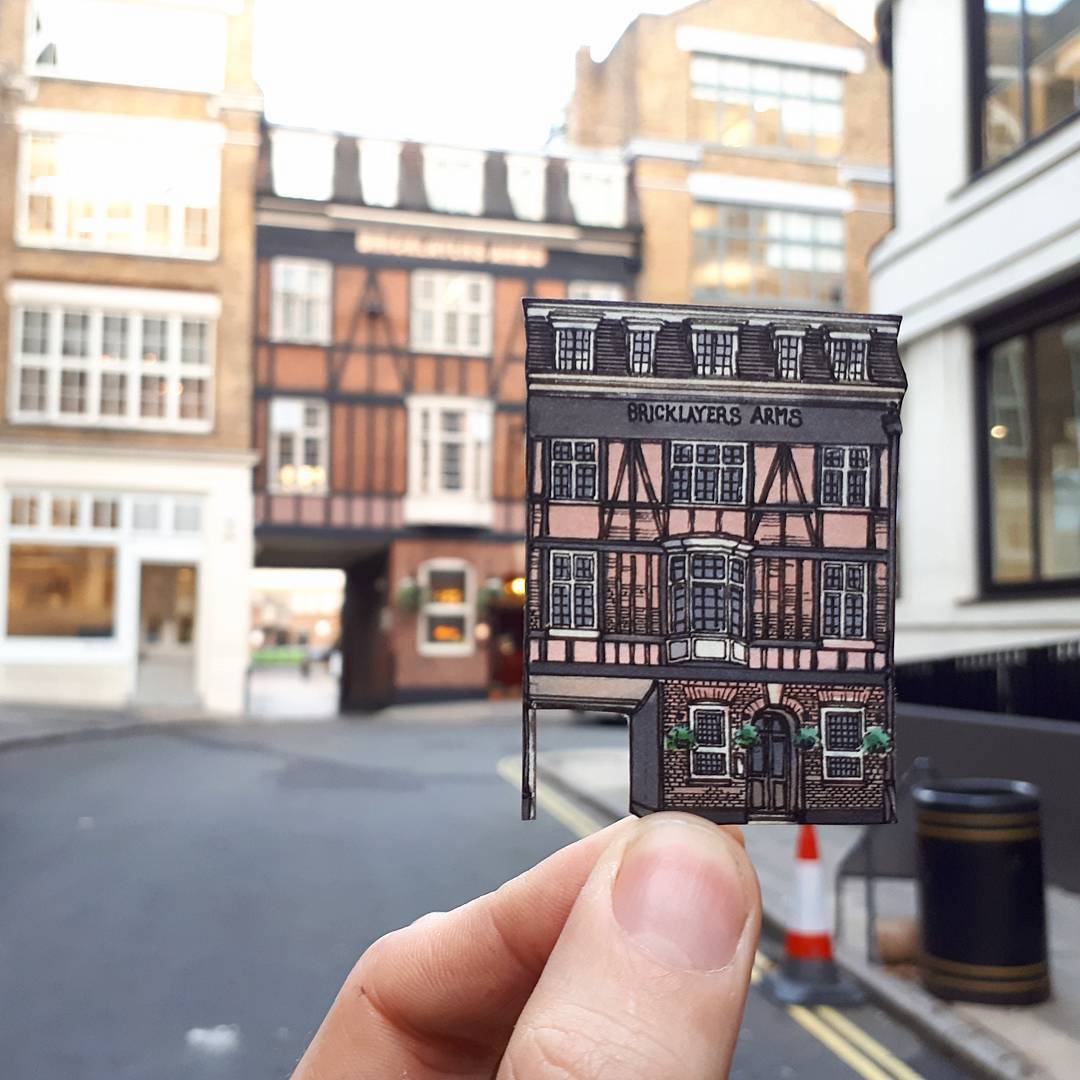 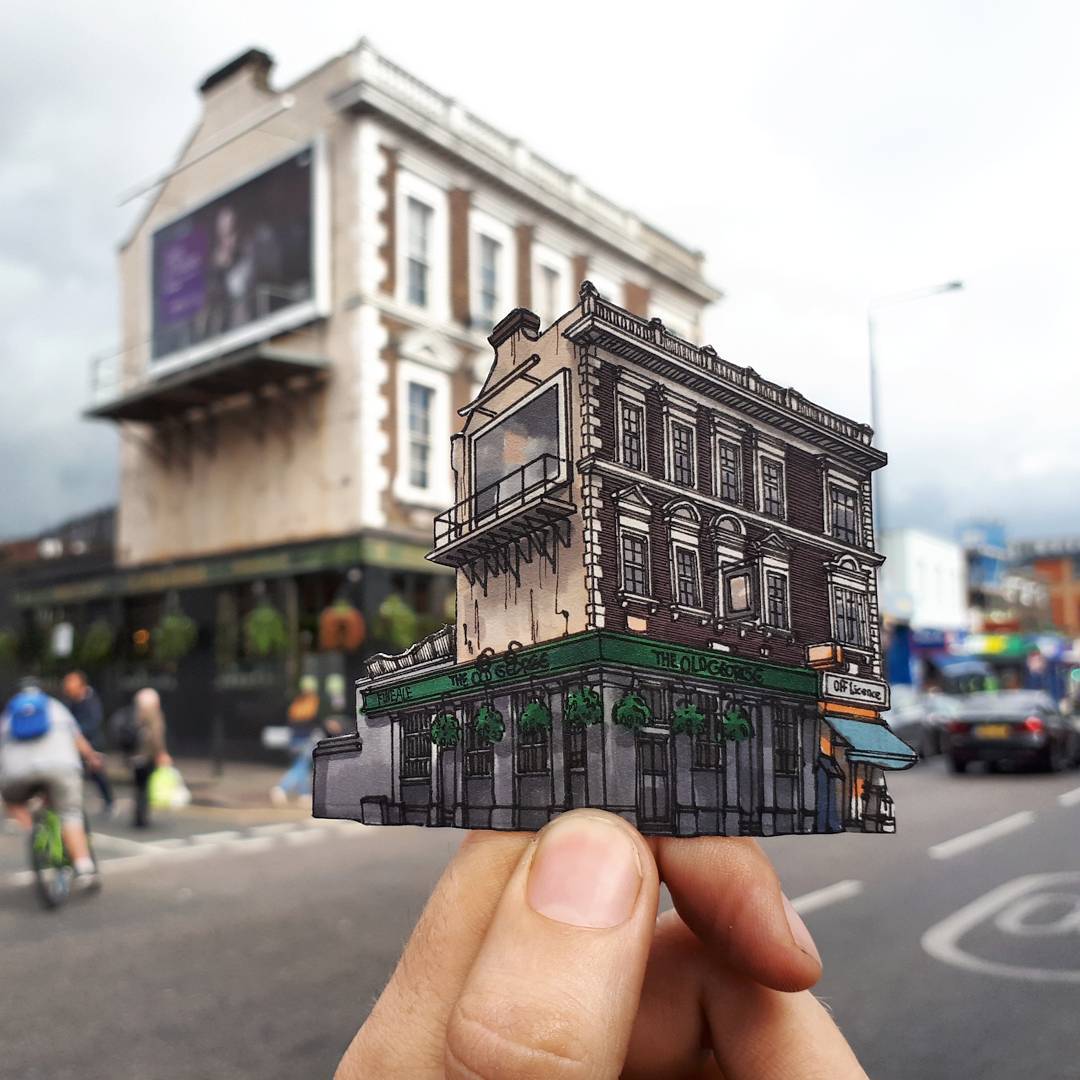 Ultraviolet Break of Day: A Midnight Walk Through the Neon-Hued Streets of Asian Cities by Marcus Wendt While on a recent trip through Hong Kong, Shenzhen, and Seoul, London-based photographer Marcus Wendt found himself suffering from a bout of jetlag induced insomnia and ended up wandering the streets of several cities late at night. With a camera in-hand he captured these mesmerising shots that channel the cyberpunk vibe of movies like Bladerunner where narrow urban alleys are bathed in cool ultraviolet light. Over several days Wendt worked his way through the Kowloon area of Hong Kong and then Shenzhen’s Huaqiangbei area known for its sprawling electronics market, before eventually traveling to Seoul. You can see more from the project on his website. (via Colossal Submissions) 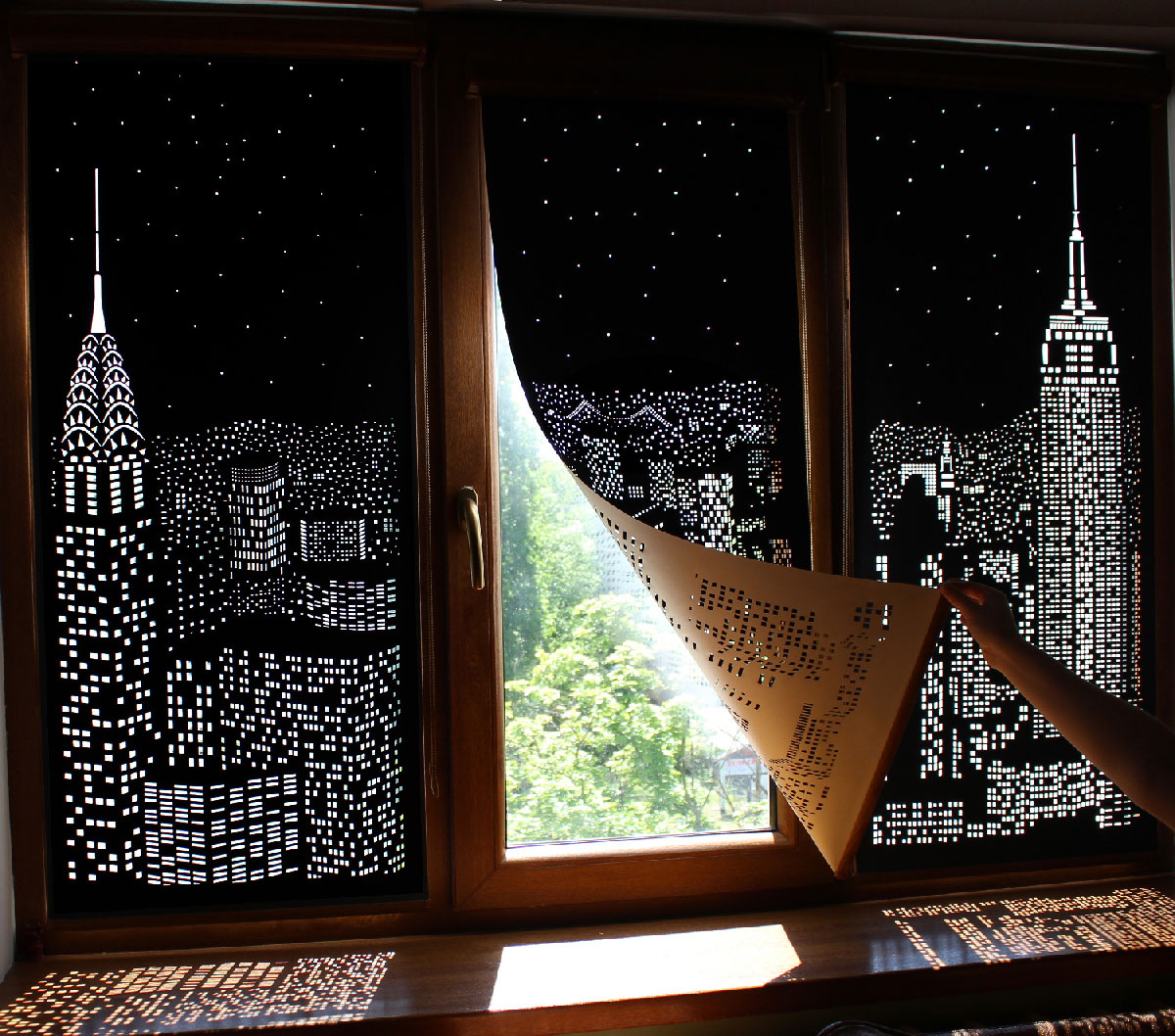 A Ukrainian blind company called HoleRoll shared this fun set of concept blinds that feature iconic cityscapes cut into blackout curtains. The silhouettes of famous skyscrapers become apparent as light streams in through the window. The images were posted back in 2014 and it looks like their website is currently down, so not sure if they’re available anywhere. Could make a fun DIY project? (via Laughing Squid, Reddit)

Update 1: Aalto+Aalto has a similar concept from 2006 called Better View. 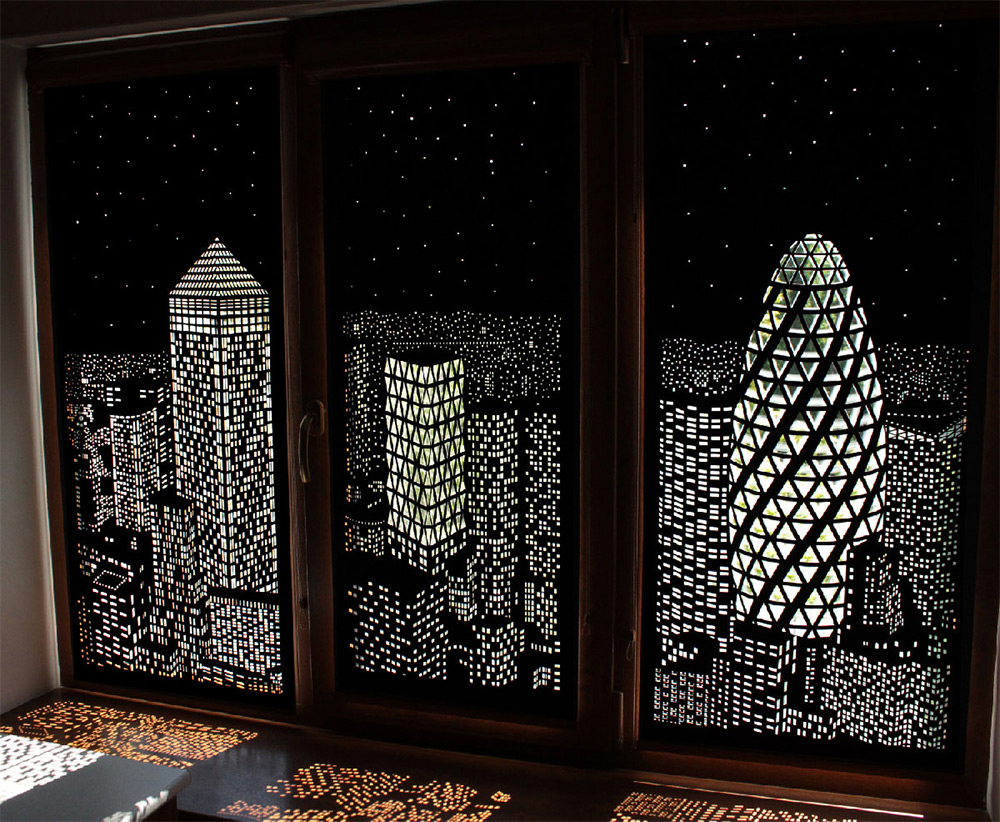 North Carolina-based goldsmith Ola Shekhtman designs these fun skyline rings that wrap entire cityscapes around your finger. So far she’s managed to encapsulate the architectural highlights of over a dozen cities including Paris, San Francisco, Amsterdam, Stockholm, Berlin, Hong Kong and many more. All are available in various materials from bronze and silver to gold or platinum. See more in her shop. (via My Modern Met) 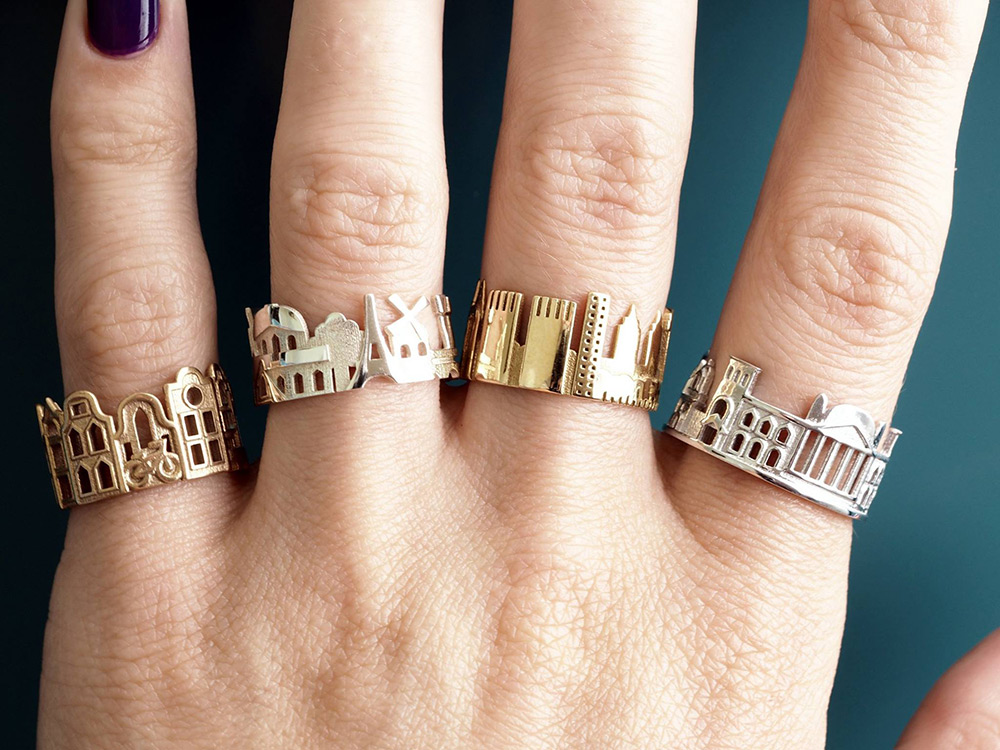 I’m enjoying these slick minimalist public transportation maps available at TRNSPRTNATION. Each train route is comprised of a long, repeated list of the station stops from that line. Only $25. They have maps available for Chicago, New York, London, San Francisco, Boston, and Washington D.C. (thnx, ryan!)

Transit Maps from Zero Per Zero

Fantastic transit maps from a duo of graphic designers out of Seoul called Zero Per Zero. Shown above are Tokyo, Seoul, Osaka, and NYC. They also have great maps for London, Hokkaido and Barcelona.

Stupidly Beautiful Neighborhood Maps by These Are Things

Stumbled on this gorgeous Chicago neighborhoods print over at These Are Things, a collaboration between Jen Adrion and Omar Noory out of Columbus, Ohio. They’ve also got maps for Manhattan, Brooklyn, San Francisco, LA, DC, and of course Columbus.