Bolstering his ongoing body of work confronting the climate crisis, two new sculptures by Nashville-based artist Herb Williams (previously) address the interconnected impacts of environmental catastrophe and disastrous human consumption from the perspective of animals. A fawn, a pair of narwhals, and a small arctic fox compose the colorful menagerie, with a melting chunk of a glacier, cut branches, and sliced tree trunk completing the crayon-based ecosystems. The artist’s works are particularly timely following the IPCC’s bleak report earlier this month and recent climate-related tragedies, like fires ripping across California and Utah, Greece, and Siberia and a tropical storm that hit Haiti just days after the country was devasted by a 7.2-magnitude earthquake.

Both of Williams’ pieces rely equally on subject matter and medium to convey the urgency of the issues, as with the bands of color embedded within the fawn’s legs and hunks of wood in “Phantom Limb(s).” Bold, vibrant stripes illustrate the animals’ interpretations of deforestation and the potential for synesthesia, a condition allowing sounds to manifest visually. “The growth rings travel on as a sort of sonar after the tree is cut, and the animals see and hear the ripple effect as the loss is felt throughout the forest,” Williams says.

Similarly in the tusk-framed piece titled “Adrift,” distinct blocks of color encircle the drifting mass and bottom half of the narwhals’ bodies, showing the enduring effects of environmental disasters “similar to how the bands of sediment are left in homes after floodwaters recede,” he writes. “The bands are in the colors of black (oil spills), red (wildfires), green (irradiated waters from reactor spills), and even gold from luxury billionaire yachts running aground.”

Williams is currently working on six large-scale sculptures for the Atlanta International Airport, and you can follow his progress on Instagram. All images © goober, shared with permission

goober’s brightly hued crayons are designed for mixing and matching, creating unique kaleidoscopic marks with every use. The Seoul-based company manufactures natural bean-wax tools shaped in LEGO-like forms that can be stacked into firetrucks and trees as easily as they can draw them. Pick up a four-pack of cars or seasonal color palettes in the Colossal Shop. Color Outside the Lines with the Chunky, Squiggly Crayons Designed by Retoolings All images © Retoolings, shared with permission

There’s one question looming over Keetra Dean Dixon’s designs: “To color or to keep?” Based in rural Alaska, Dixon is behind the bespoke crayon manufacturer, Retoolings, which has been melding primary hues, muted tones, and black-and-white waxes into asymmetric chunks and spiraled cylinders that are as much design pieces as they are creative instruments.

In a note to Colossal, Dixson writes that she first thought of the scaled-down objects after creating large sculptures with her partner. “While making the works, we followed the wax’s lead, letting the nature of the material guide the final form. So many beautiful bloopers happened alongside the main sculpture. It was difficult to keep myself from chasing the potential of those moments,” she says. The result is a quirky collection of crayons with distinctly contemporary aesthetics: terrazzo-style pillars, marbled crescents, and the now-ubiquitous squiggle.

All styles currently are out of stock, but Dixon plans to release more—along with a ballpoint pen—at the beginning of 2021. Follow her progress on Instagram. 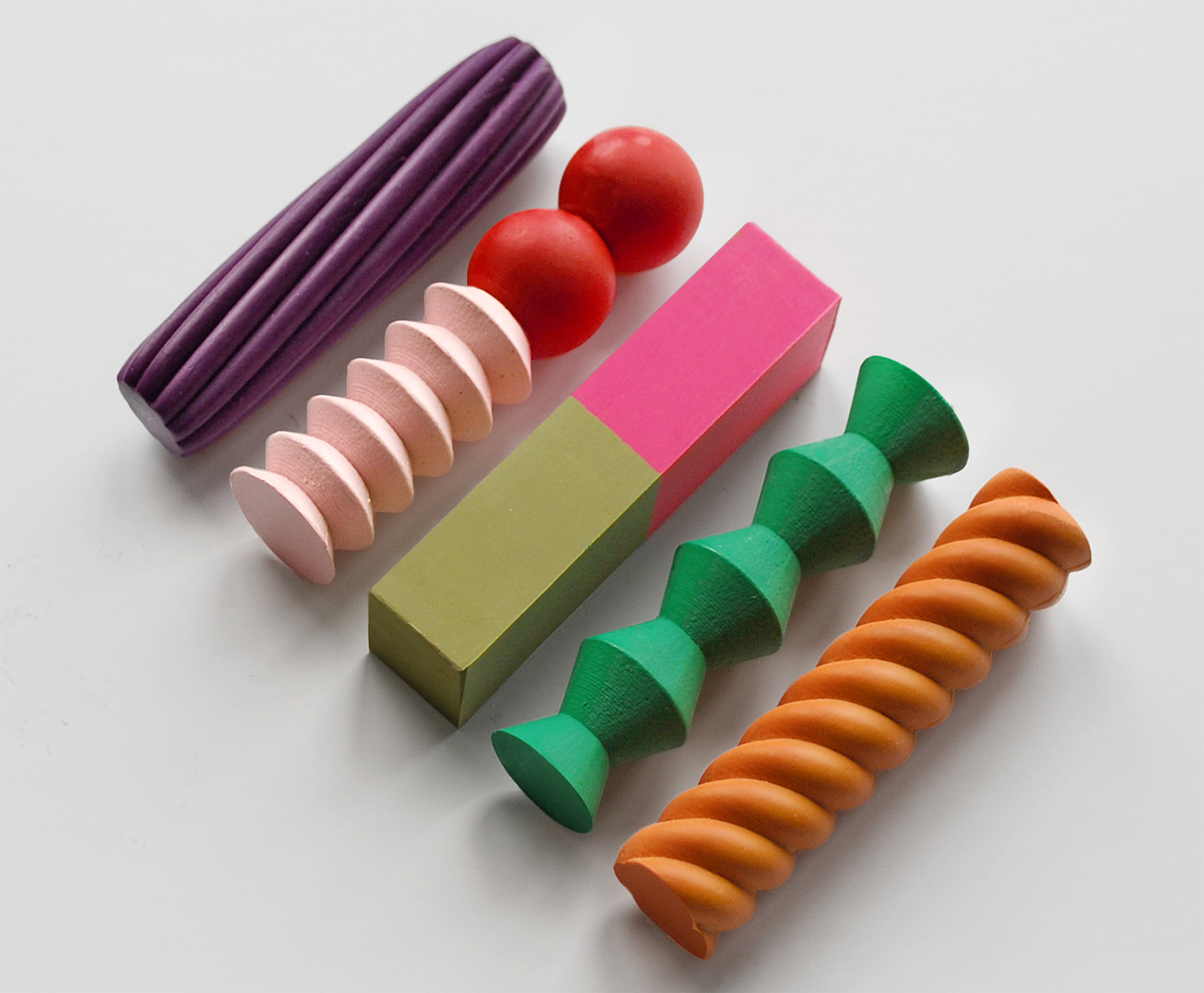 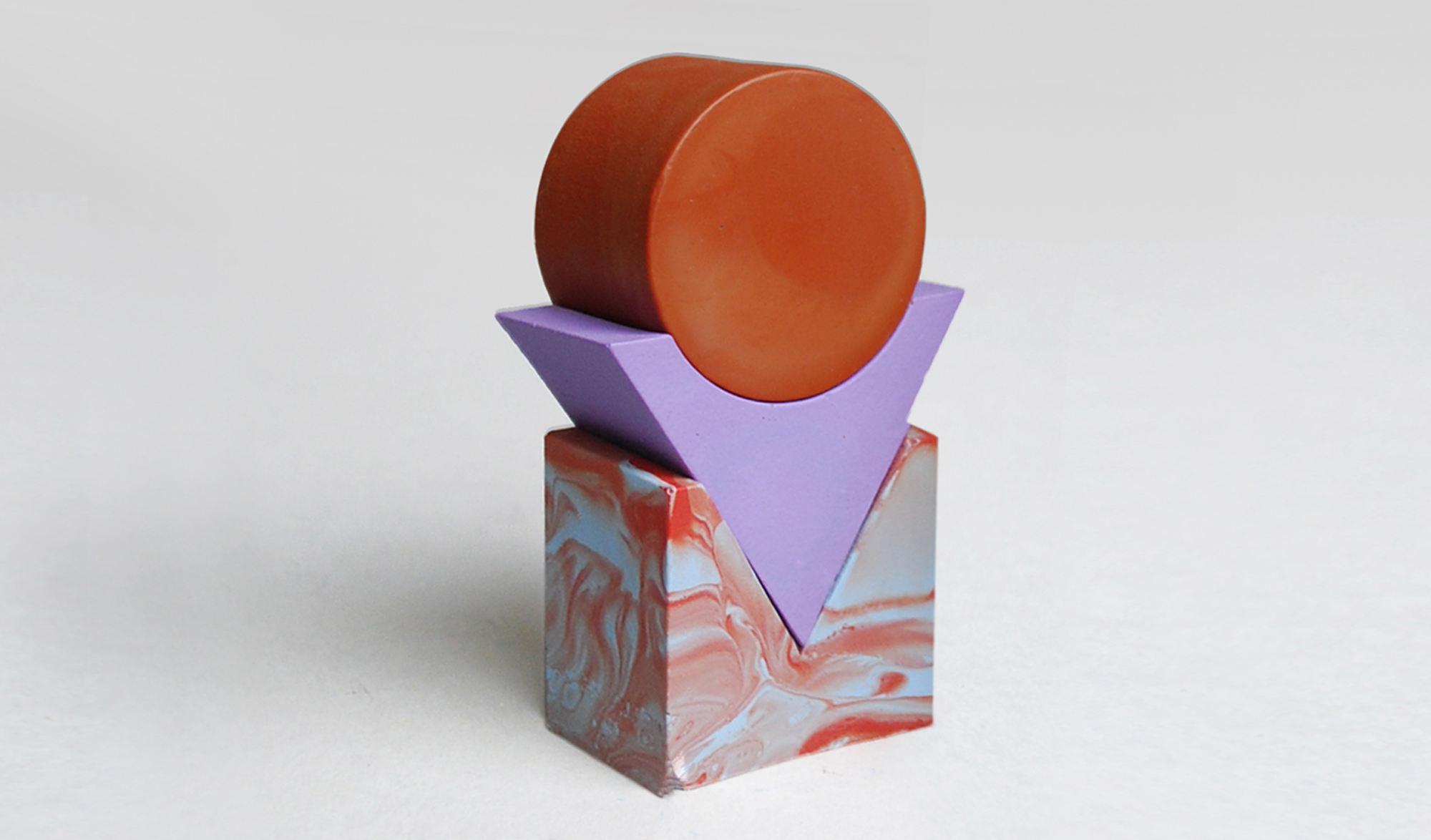 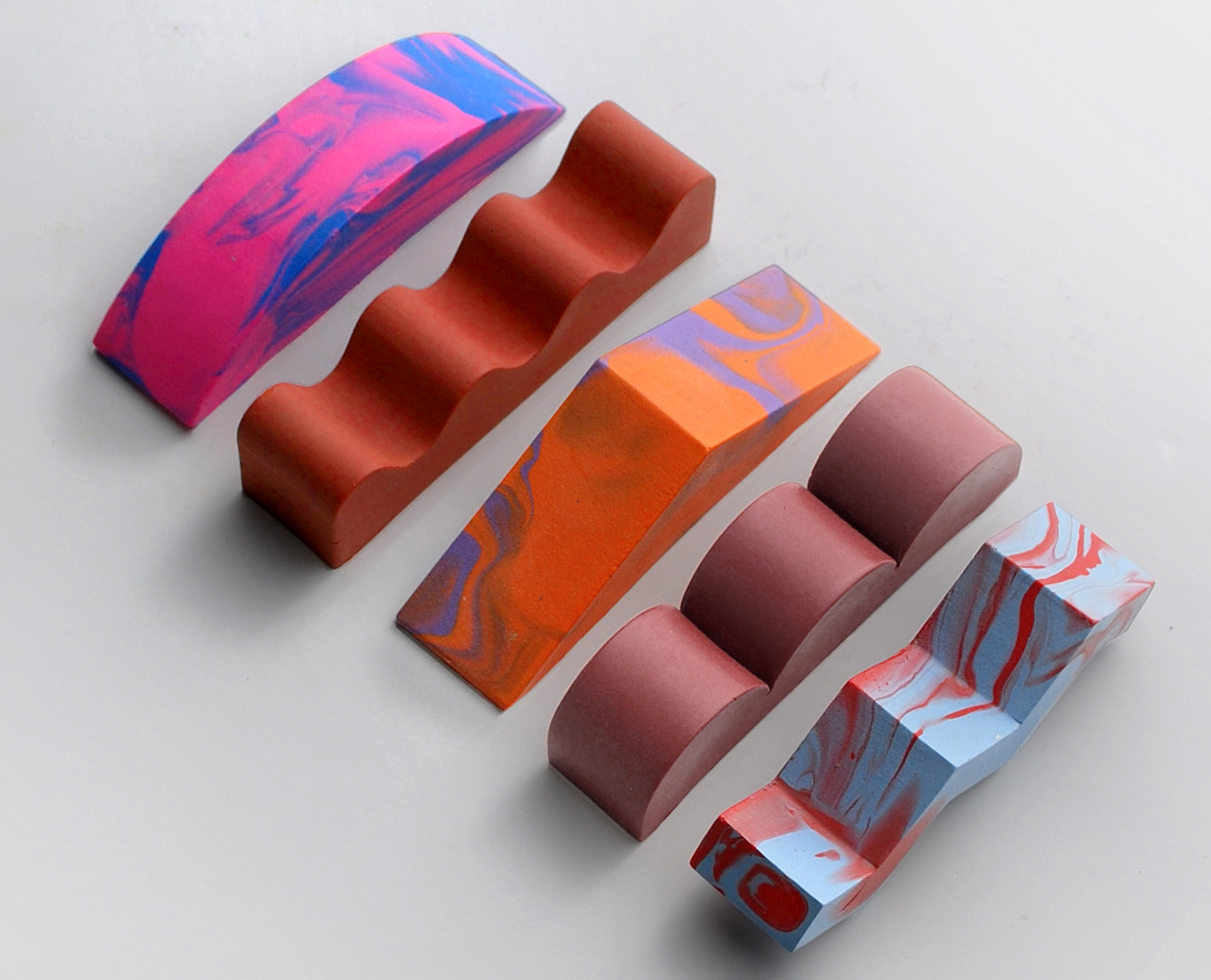 Warning: strong language. Over on the Hydraulic Press Channel, Finnish factory owners Lauri and Anni devised an awesome experiment to force a variety of soft objects like cheese, soap, and crayons through a plate drilled with holes with the help of their famous hydraulic press. The result is as funny as it is incredible, especially the squished crayons that seem to sprout straight up like sticks. The press is set to exert 150 bars of pressure (2,175 pounds per square inch) sending the various materials squirting in every direction in genuinely surprising ways. I’ve probably watched a few dozen of their videos over the years, and this is an instant favorite.