All photos by Sasha Bogojev

Barcelona-based artist Pejac (previously) was recently in Rijeka, Croatia where he completed a number of new artworks as part of a residency with the Museum of Modern and Contemporary Art. His most impressive new intervention appeared in the windows of an abandoned power plant where the artist utilized the cracked glass in old windows to form a flock of birds escaping the aim of a boy in silhouette holding a slingshot. Titled Camouflage, Pejac says the work is in tribute to artist René Magritte who famously depicted birds in many of his paintings as silhouettes filled with clouds. You can see more of his work in Croatia on Arrested Motion. 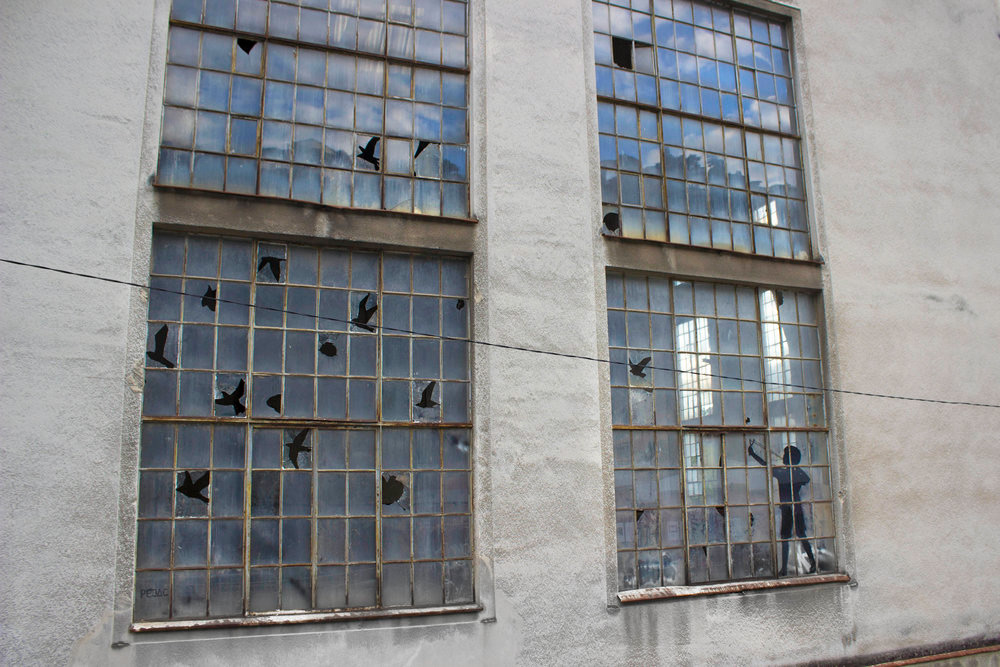 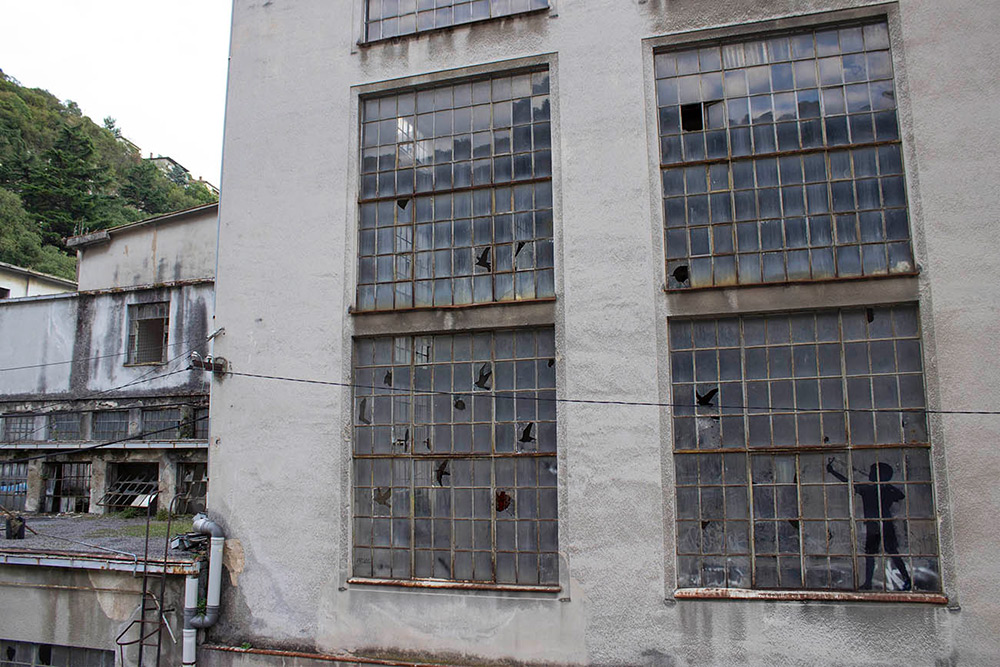 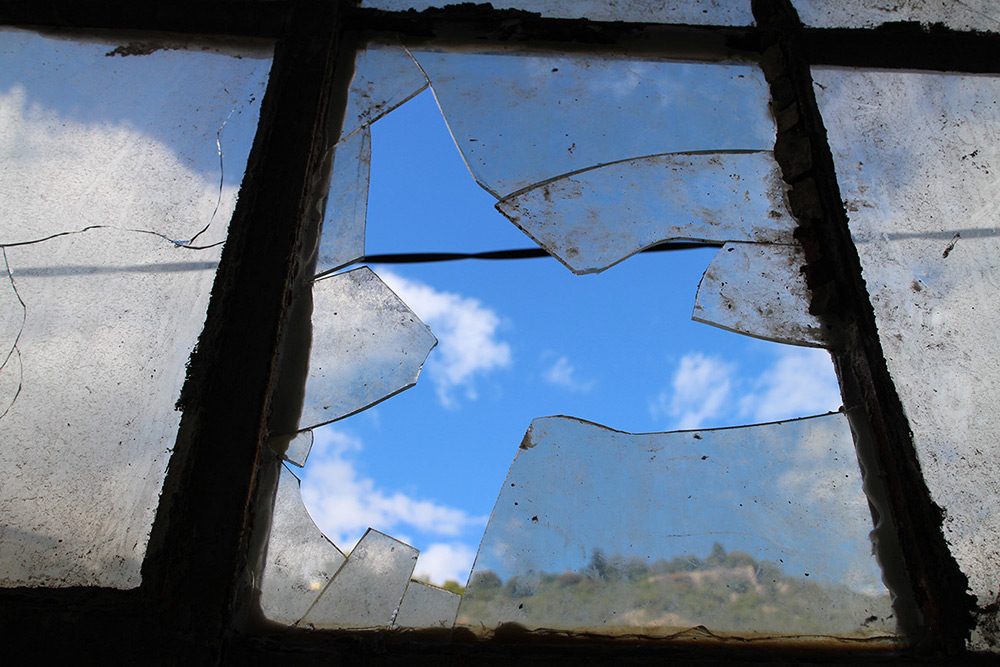 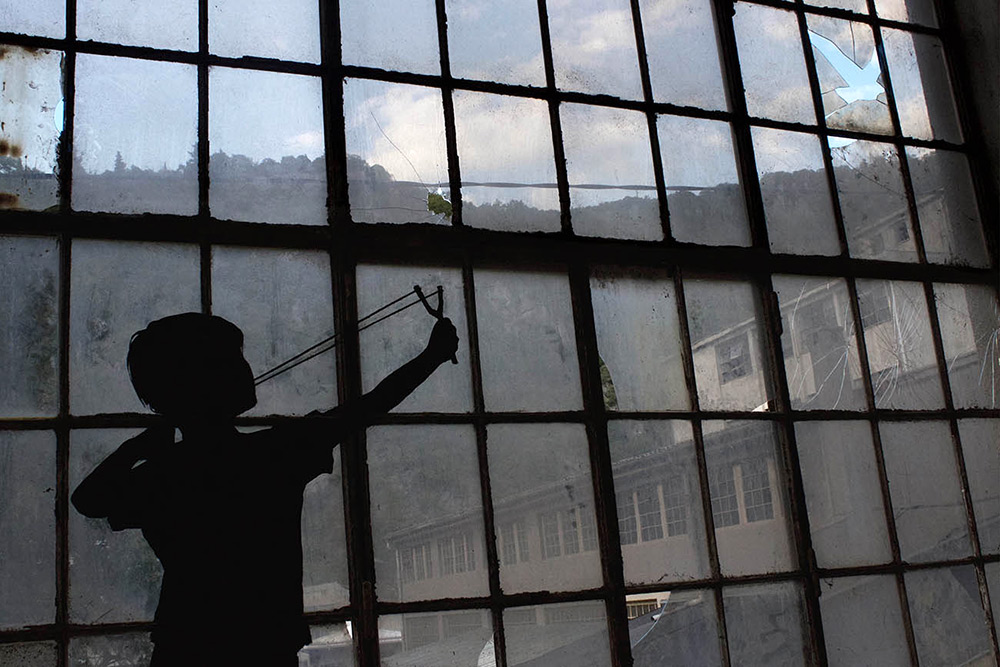