Artist Wiebke Maurer is drawn to objects found in traditional place settings like spoons, bowls, saucers, and tea cups, but her interpretation of these pieces leaves function behind, resulting in delicate sculptures that fuse the past and present. Working primarily with gold and silver the pieces seem almost impossibly delicate, reduced to the most decorative aspects found in silverware design.

“I’m fascinated by historical European works of silver, gold and porcelain,” says Maurer. “I explore traditional ways to design objects, not to stick to tradition but because I use tradition as my starting point for my creative strategies. I’m not concerned about the restoration of the broken object: I want to deconstruct it, to reach the heart of its integrity and reinvent it, both formally and functionally.”

You can see more of Mauer’s work on Taste Contemporary Craft and at Flow Gallery. 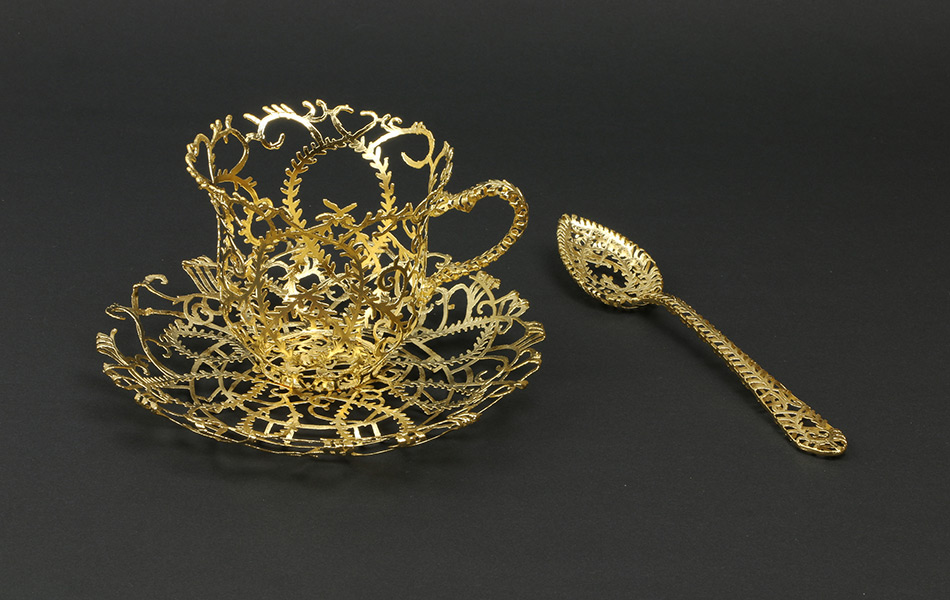 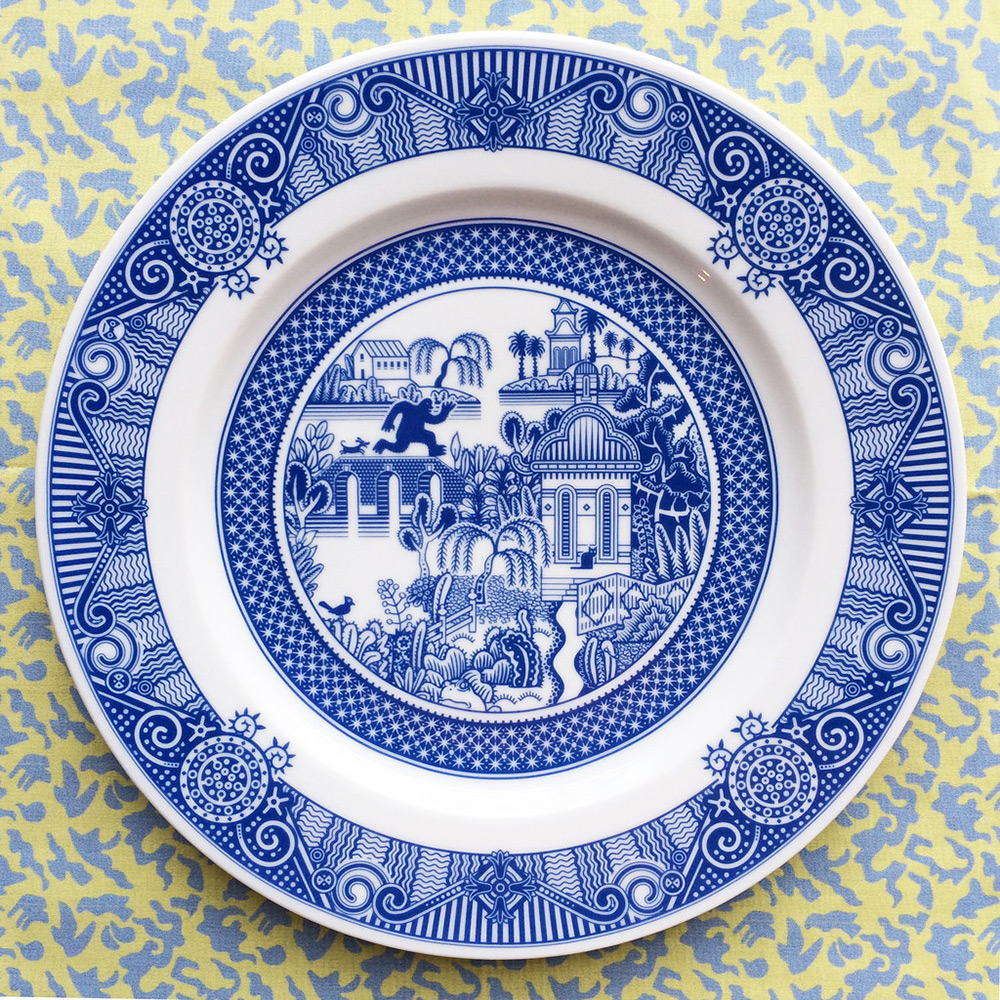 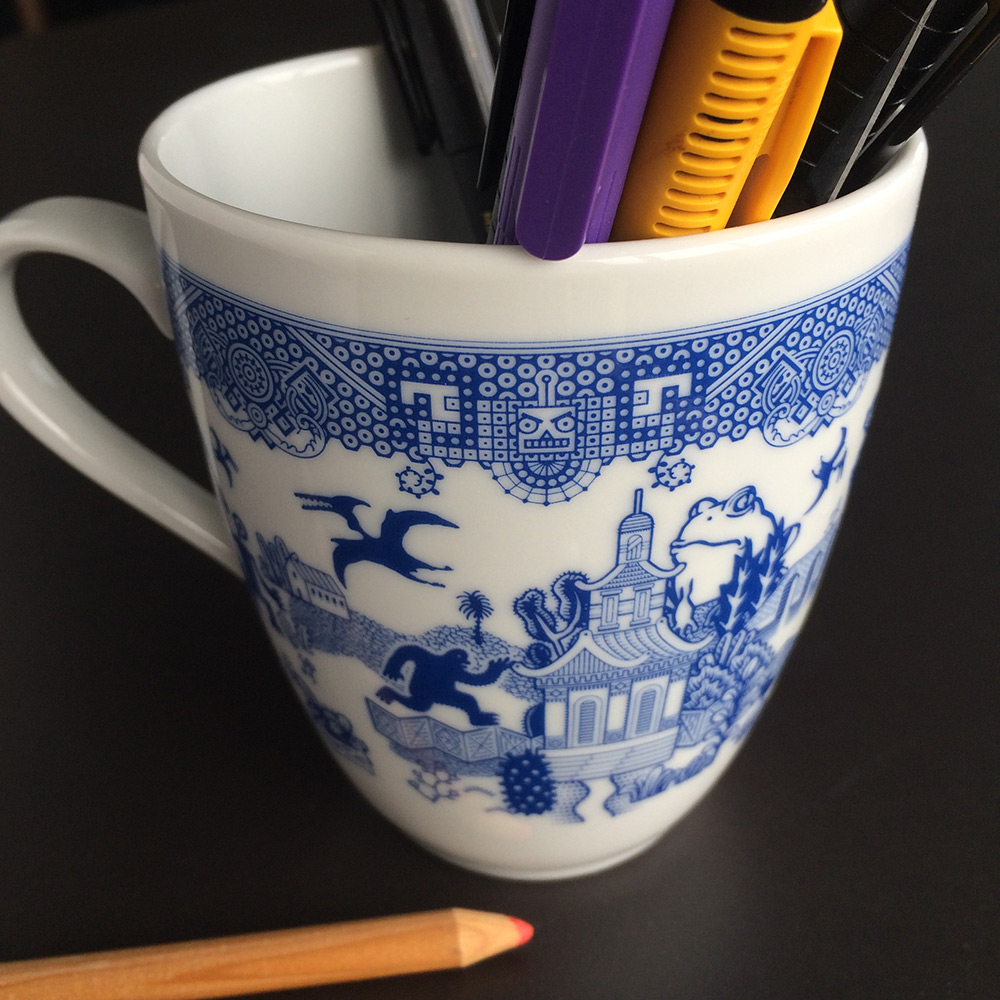 Rendered in a style mimicking traditional blue willow pattern design, artist Don Moyer illustrated these fun It-Could-Be-Worse Mugs that remind you that no matter how bad your day is, things could be catastrophically worse. How bad? Think zombie poodles, pirates, attacking UFOs, and aggressive pterodactyls swooping from the sky. The mugs are a companion piece to his ongoing series of Calamityware dishware with similar abominations depicted on fine porcelain plates first featured here last year. The set of 4 mugs are currently funding on Kickstarter. (via The Awesomer) 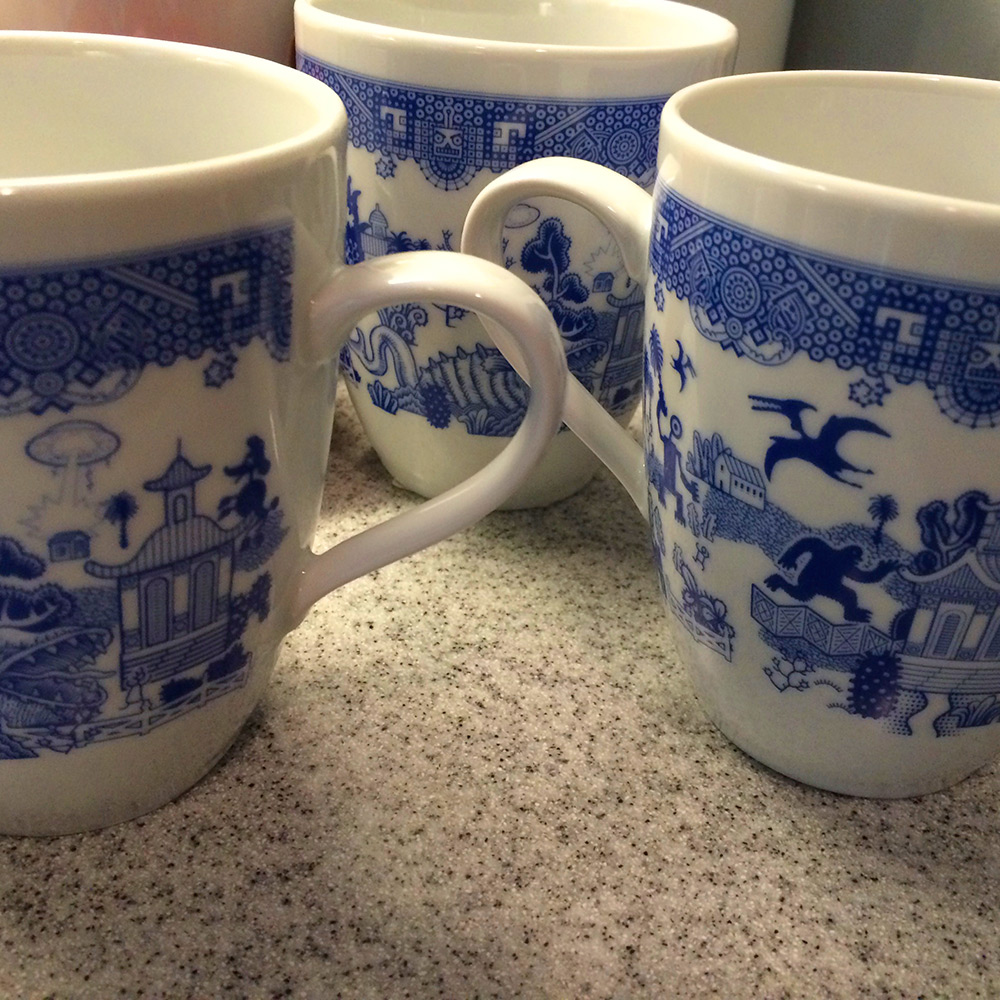 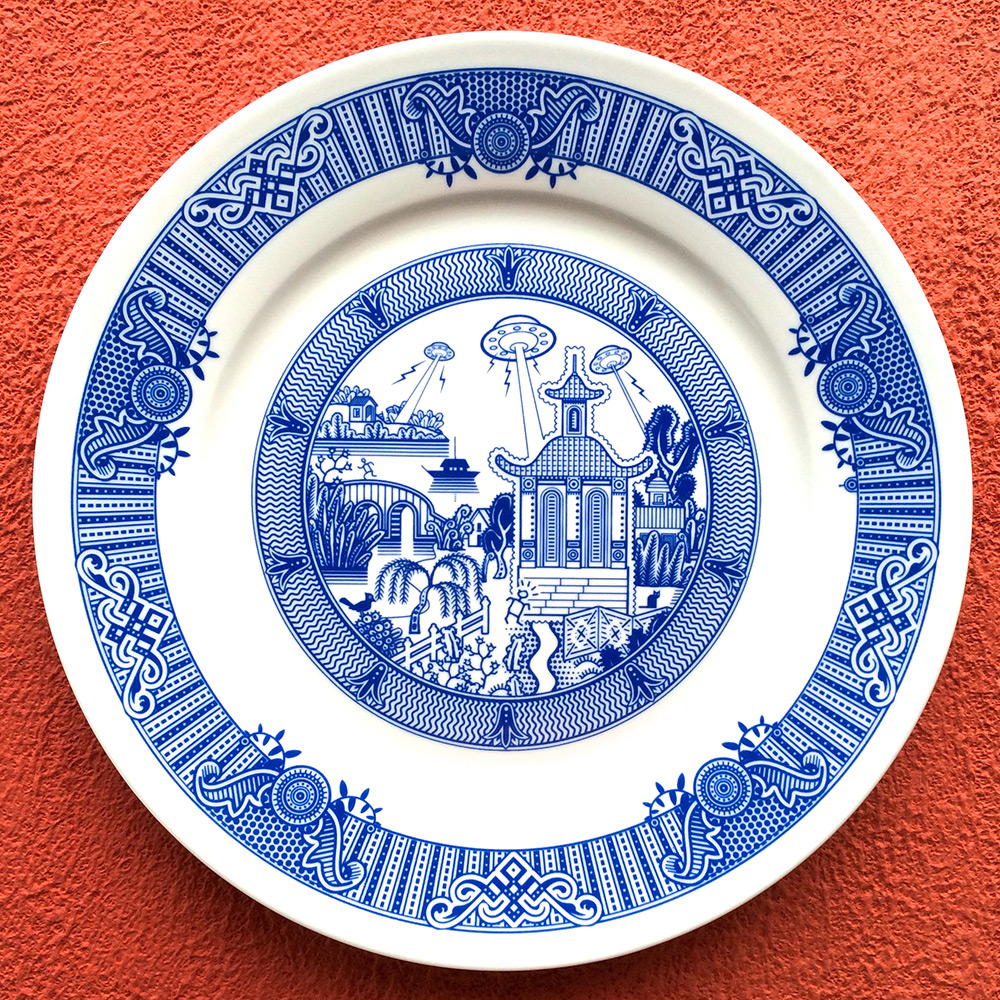 Anatomical Bone China by RE

Really dig this 6-piece skeleton plate set from RE. (via this isn’t happiness)