Flight of the Baji: A Pod of Suspended Driftwood Dolphin Skeletons Flies through the Baltimore Museum of Art 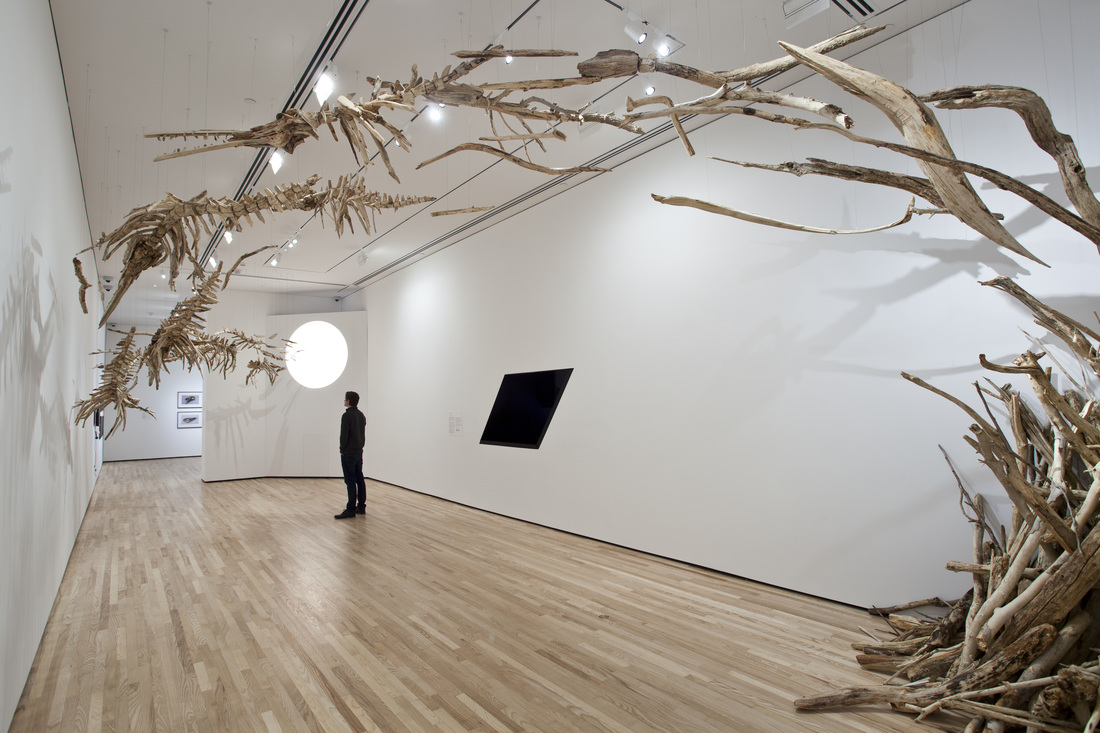 This immersive site-specific installation by artist Jonathan Latiano (previously) depicts the fate of China’s famous Baji dolphins rendered in driftwood flying through a gallery at the Baltimore Museum of Art. To create the immersive installation Latiano collected bleached and mangled wood from local rivers which he used to form a procession of skeletons. The bony structures materialize from a stack of logs in one corner before gradually dissolving back into component pieces in the other.

Freshwater Baji dolphins (dubbed the “Goddess of the Yangtze”) were once a thriving part of the Yangtze River ecosystem in China, but are now largely assumed to be extinct. The last known member of the species died in captivity back in 2002.

Latiano shares about his work via his artist statement:

The pieces that I create contrast abstracted human intuition with the reality of our natural environment. I strive to emphasize the areas that exist in‐between the boundaries of defined regions. My work, in many ways, is my own personal attempt to understand my place in the physical universe. I find the poeticism and concepts of the natural universe simultaneously fascinating, beautiful and unsettling. Many of the areas and theories of science that appeal to me, particularly ones that deal with vast expanses of space and time, are so complex that the only way I can truly wrap my head around them is to abstract them. It is through my artwork that I interpret, contemplate and fine-tune these scientific theories and notions on both a universal and personal level.

Flight of the Baji was on view last year at the Baltimore Museum of Art, a culmination of Latiano winning the 2013 Baker Artist Award. You can also catch an interview with him over on I Lobo You. 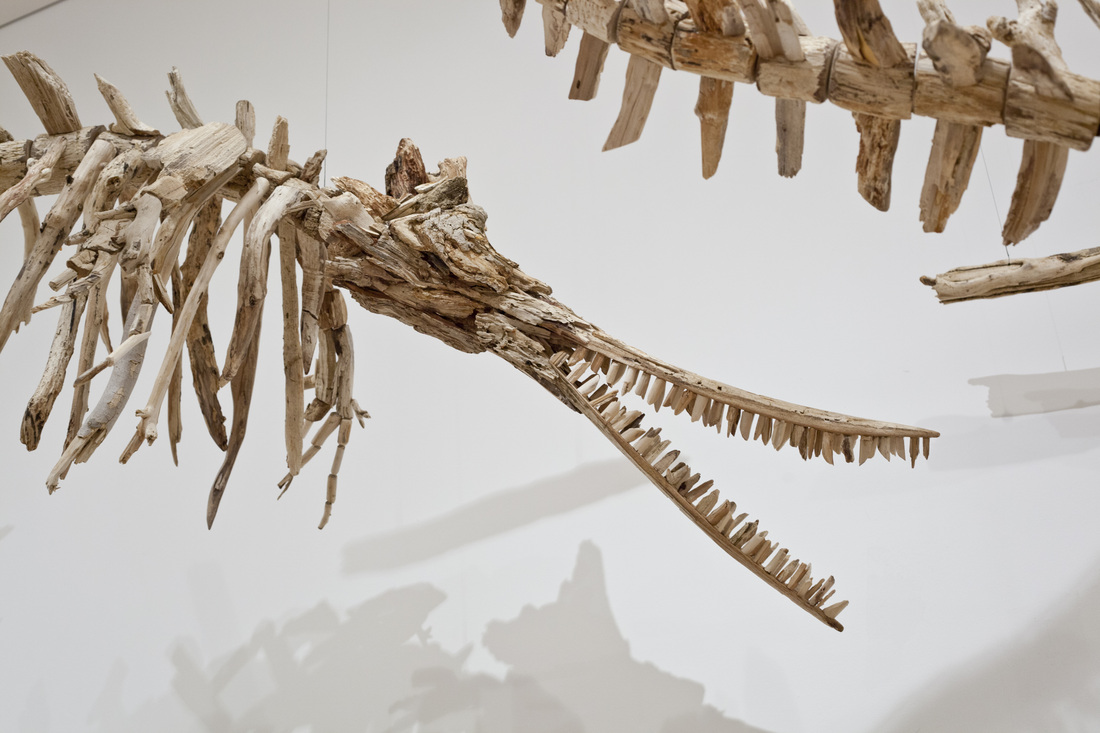 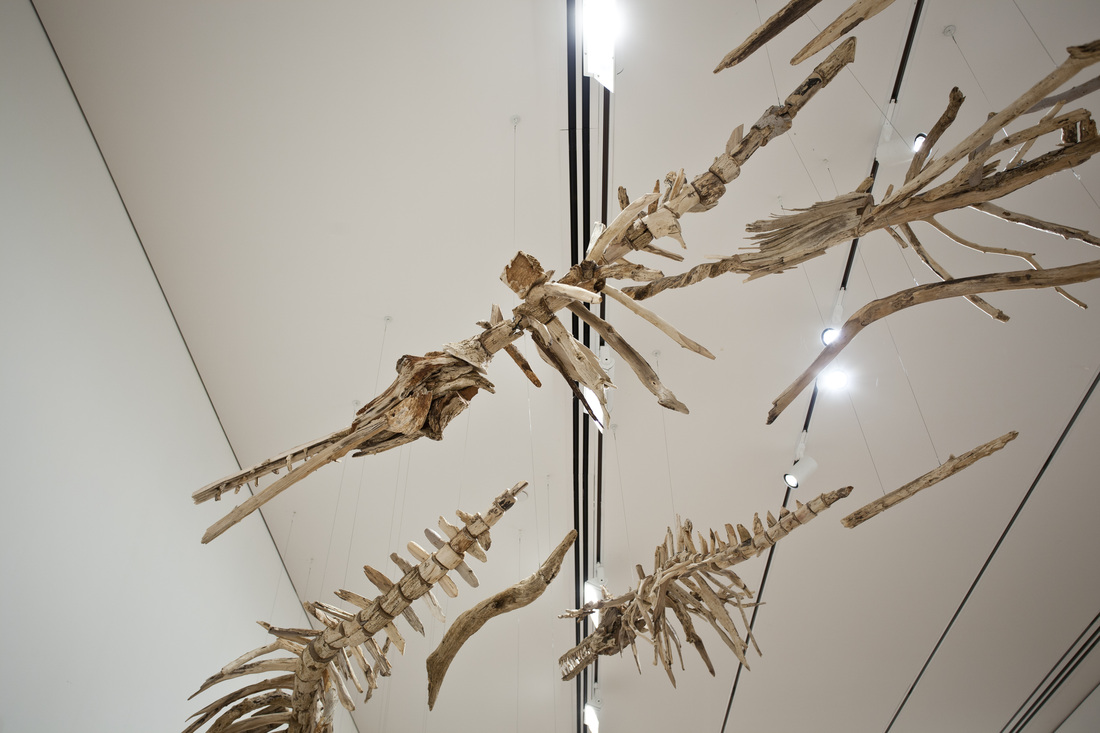 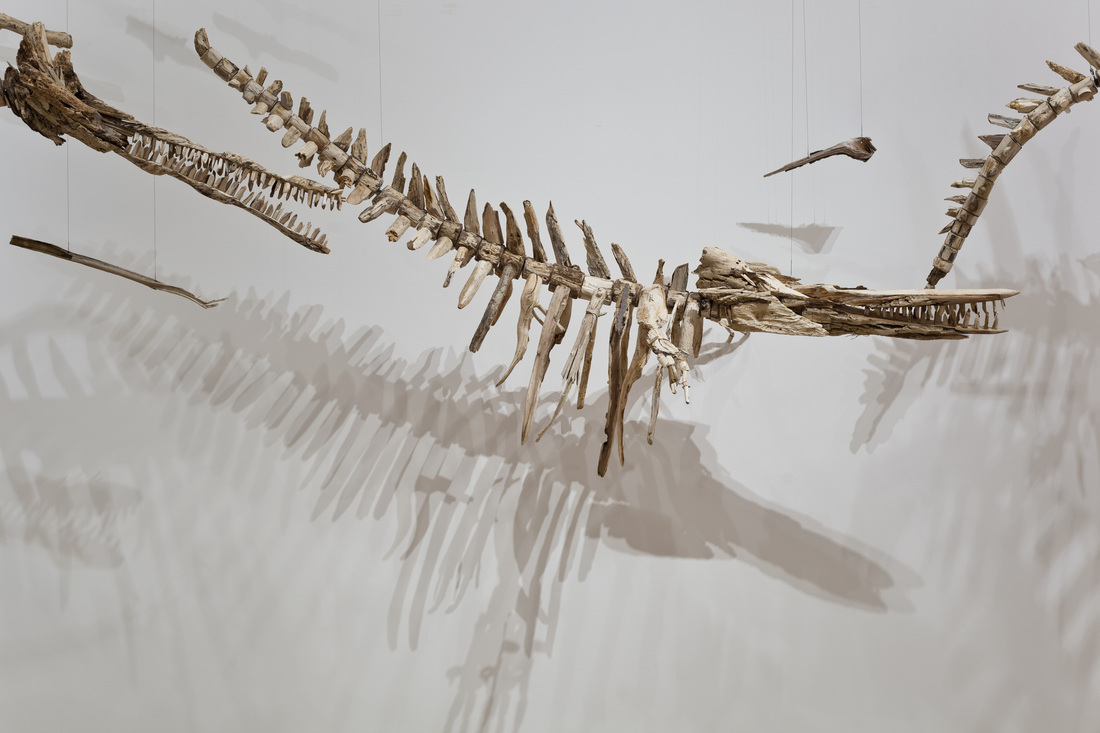 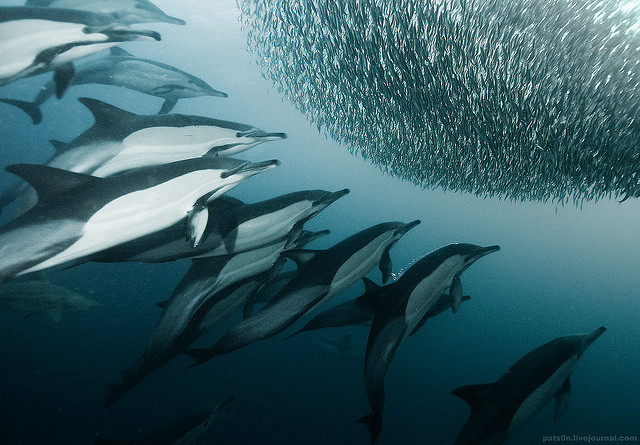