In artist Jennifer Halvorson’s (previously) collection of lustrous glass sculptures, there sits a group of glossy ducks. In some of her pieces, the water the birds sit within pours over the side, and each shiny piece looks wet to the touch as if it has dripped or melted into its shape.

Halvorson’s ducks are part of her pressed glass collection, which features a variety of light blue and chocolate brown sculptures that either are facing each other, swimming apart, or have their tails lifted up in the air as though they are diving to catch fish. They comprise her exploration into the history and process of factory pressed glass, and her work explores innovative ways of working with the medium.

Halvorson began her glasswork practice in 2007 when she was a Fulbright Fellow and began studying at Danmarks Designskole, a Danish Design School in Copenhagen. “For two weeks my glass course resided in Sweden, visiting various glass factories and studying at Riksglasskolan, the national school of glass in Orrefors,” she says. For Halvorson, the factory visits were influential in shaping her artistry. Developing an understanding of the medium and accessing production on a large scale enabled her to learn and appreciate a variety of glasswork techniques.

After her graduate studies, Halvorson was awarded a residency at Wheaton Arts in Millville, New Jersey, which houses the Museum of American Glass. Featured within the museum’s walls are historical machines and molds. “This was the first time I was taught and participated in a press production run,” says Halvorson. “Driving home to the Midwest after this residency, I stopped at Fenton Art Glass Company in West Virginia. At this time (2010), the factory was still operating, and I was able to view how efficiently the teams worked to create multiples.”

Three years since her visit to the company, Halvorson purchased a glass press machine—called Beatrix—from George Fenton, along with three cast-iron press molds. “Since then, I have learned how to operate the machine, acquired 15 molds, and received a grant to design and manufacture a new mold,” she explains.

Halvorson’s glass ducks are one of her most successful pressed sculpture series and originally were designed by the factory to cover a small dish. “Soon after the form is pressed, I alter the duck’s gaze to give the form a character,” says the artist.  “After the glass production group cools, I form groupings to create narratives.” Then, Halvorson warms the pieces back up and works in more detail by pouring more material. “The fresh ladle of glass contrasts the factory press glass process and aesthetic and also gives the ducks an amorphic water puddle to swim,” she explains.

From her explorations into traditional pressed glass, Halvorson currently is working on two larger compositions: a stepping sock and plant leaves. Similarly to her ducks, Halvorson will combine pressed glass-making with contemporary techniques, a process which she also will bring to her new co-teaching position at the glass design course at Ball State University. See more of her process on Instagram. 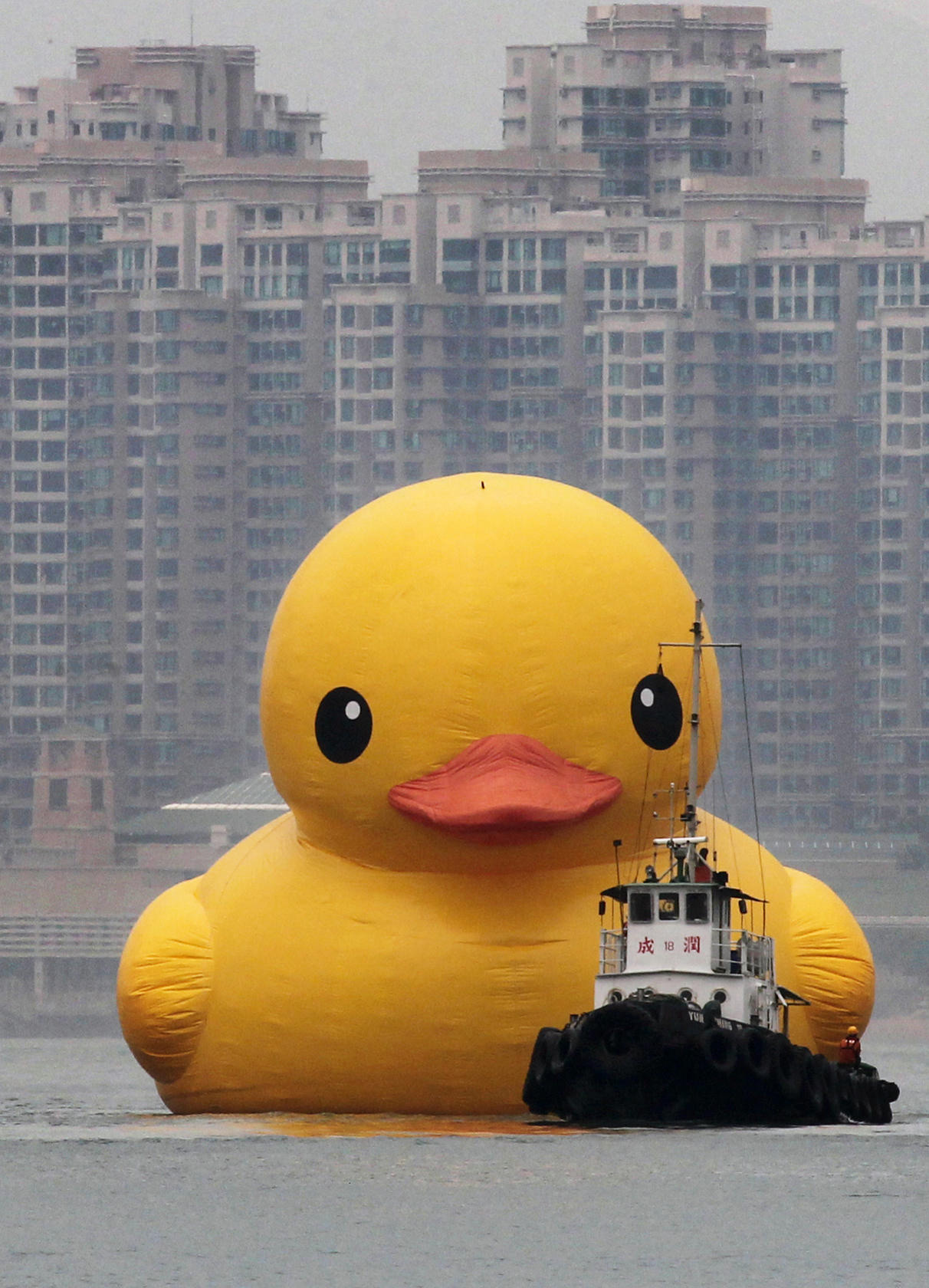 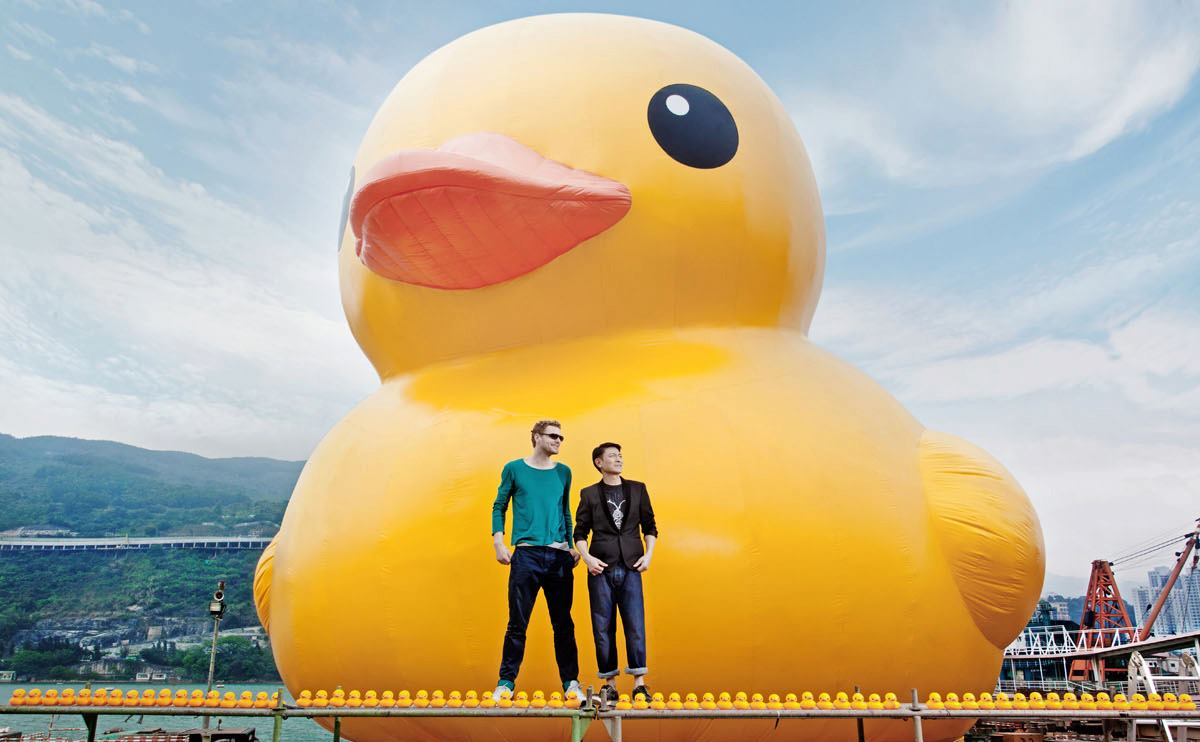 This week conceptual artist Florentijin Hofman brought his gargantuan Rubber Duck artwork to Victoria Harbour in Hong Kong. The huge inflatable duck measures nearly 46 feet tall and 55 feet long and is shown above being pulled by a tug boat only a fraction of its size. Hofman is well known for his grandiose and whimsical sculptures that seem born with the primary goal of inducing as many smiles possible. Via the artist’s website:

The Rubber Duck knows no frontiers, it doesn’t discriminate people and doesn’t have a political connotation. The friendly, floating Rubber Duck has healing properties: it can relieve mondial tensions as well as define them. The rubber duck is soft, friendly and suitable for all ages!

According to SCMP Rubber Duck will be on display in the harbor through June 9th, 2013. (via laughing squid, my modern met)