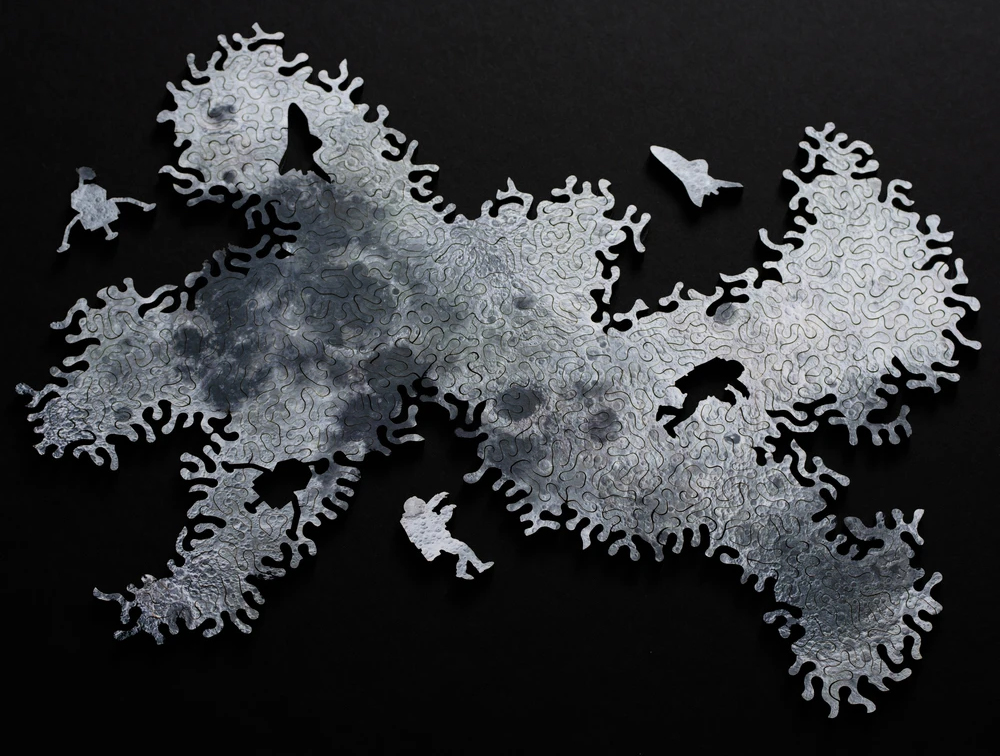 In celebration of a partnership between London’s Heathrow Airport and Royal Botanic Gardens at Kew, fiber artist Vanessa Barragão (previously) was commissioned to create a massive botanical tapestry. Using a range of techniques including latch hooking, felt needling, carving, crochet, Barragão mapped out and built up a textural surface that emulates a map of the world.

Earth’s diverse climates and topography are represented in yarn: the deserts of Australia and Africa are conveyed in warm, low-pile colors, whereas Barragão represented the lush rainforests of South America and the high peaks of central Asia with shaggy deep greens and coiling crocheted ridges. The artist also incorporated native plants like China’s Gingko biloba, European Cypripedium calceolus (lady’s slipper), and the coffee of Africa.

Barragão spent 520 hours on the piece, which is completely handcrafted and spans nearly 20 feet wide. The work is on view at Heathrow Airport’s departure area, echoing the diverse and globe-trotting guests who cross its path. To see more from the Porto, Portgual-based artist, follow Barragão on Instagram.