Over the past few years we’ve explored a number of artists keen on transforming the faces of coins into sculptural artworks, a craft dating back to the 18th century that’s known colloquially as a hobo nickel. One such artist who has his own unique twist on etching the faces of coins is UK-based engraver Shaun Hughes who focuses mostly on embellishing existing coin faces with different styles of floral scrollwork. The patterns often sprawl directly across the coin’s portrait creating an intriguing tattoo-like effect. Hughes shares photos and process videos on his Instagram account and sells many of his final creations on Ebay. 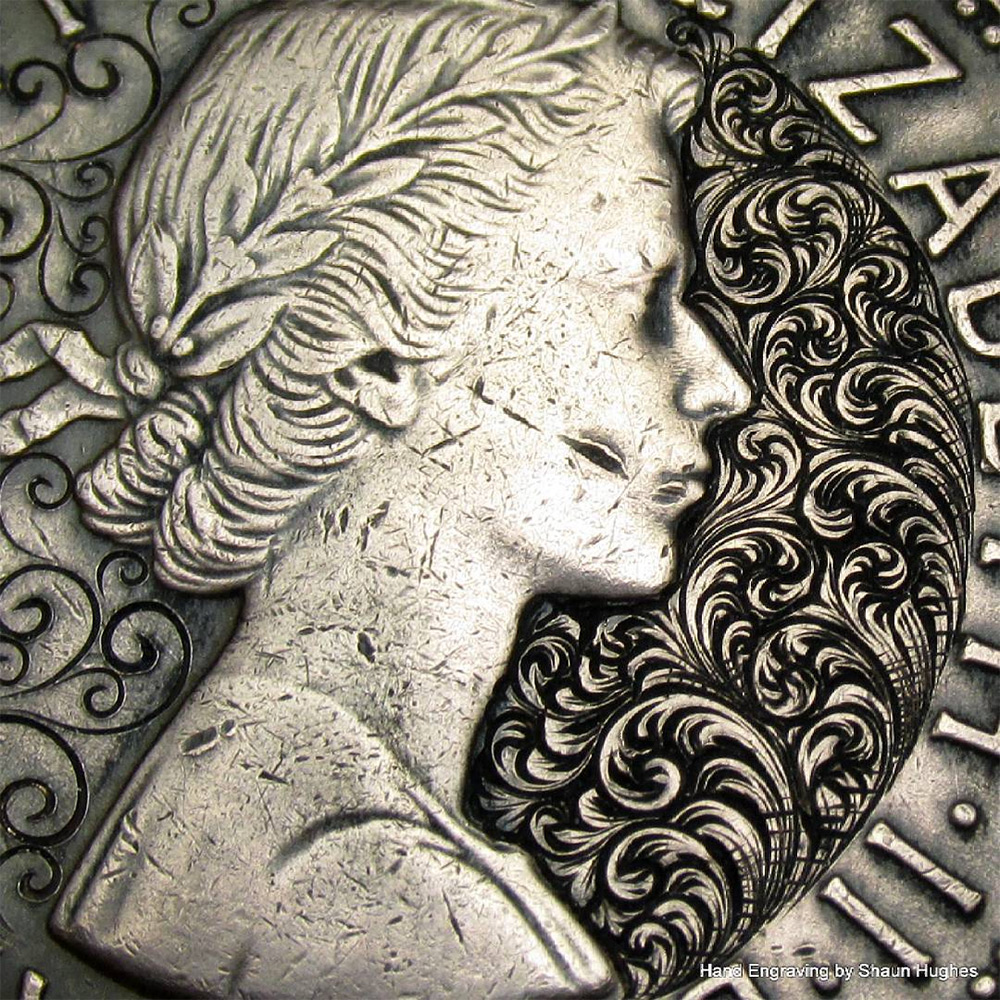