In South East Asia where palm trees grow abundantly, rattan has traditionally provided a source of sustainable, affordable, and adaptable material for everything from homewares and furniture to sports equipment and crafts. Architecture firm Enter Projects Asia (previously) has transformed an art gallery in Chiang Mai, Thailand, by weaving a continuous, undulating form throughout the space. Winding from room to room, the structure provides lighting along the ceiling and drops to the floor to create three pods.

Known for its use of the thin, malleable wood that can be dried in long strips and shaped into sweeping, airy volumes, Enter Projects seized an opportunity to reinterpret the existing interior with the addition of warm tones and curving lines. “We sought to create an immersive experience, giving the space a warmth and depth uncharacteristic of conventional art galleries,” explains architect and director Patrick Keane. An important facet of the project was to embrace traditional Thai craftsmanship and materials with a focus on sustainability. “It is not hard to be sustainable in construction if we adapt to our environment. Why would we use synthetic, toxic plastics when we have all the noble materials right at our fingertips?” The rattan devotees over at Enter Projects Asia are back with a sweeping installation that swells through a Bangkok restaurant overlooking the Chao Priya River. Occupying the lounge of Spice & Barley, two 30-meter pillars ascend from the ground level before erupting into a mass of black-and-gold stripes.

Patrick Keane, the director of the Thailand-based firm, told Dezeen that the team “used 3D special effects software—Maya and Rhino—to simulate bubbles, foam, and liquids” that reference the array of Belgium beers the restaurant serves. Concealing pipes and ventilation equipment, the spiraling forms also mirror the nearby architecture, while the painted stripes evoke the country’s gilded temples.

Similar to its sinuous yoga sanctuary, Enter Projects Asia utilized only natural materials for the overall design, like leather and of course, rattan. The natural, woody material is a particular favorite of the firm because of its sustainability and ties to local culture. “Many rattan factories are at the brink of extinction due to the rise of importation of inferior plastic products. This project saved two rattan factories from closing down,” Keane said.

Explore more environmentally and culturally conscious projects from the firm on Instagram. 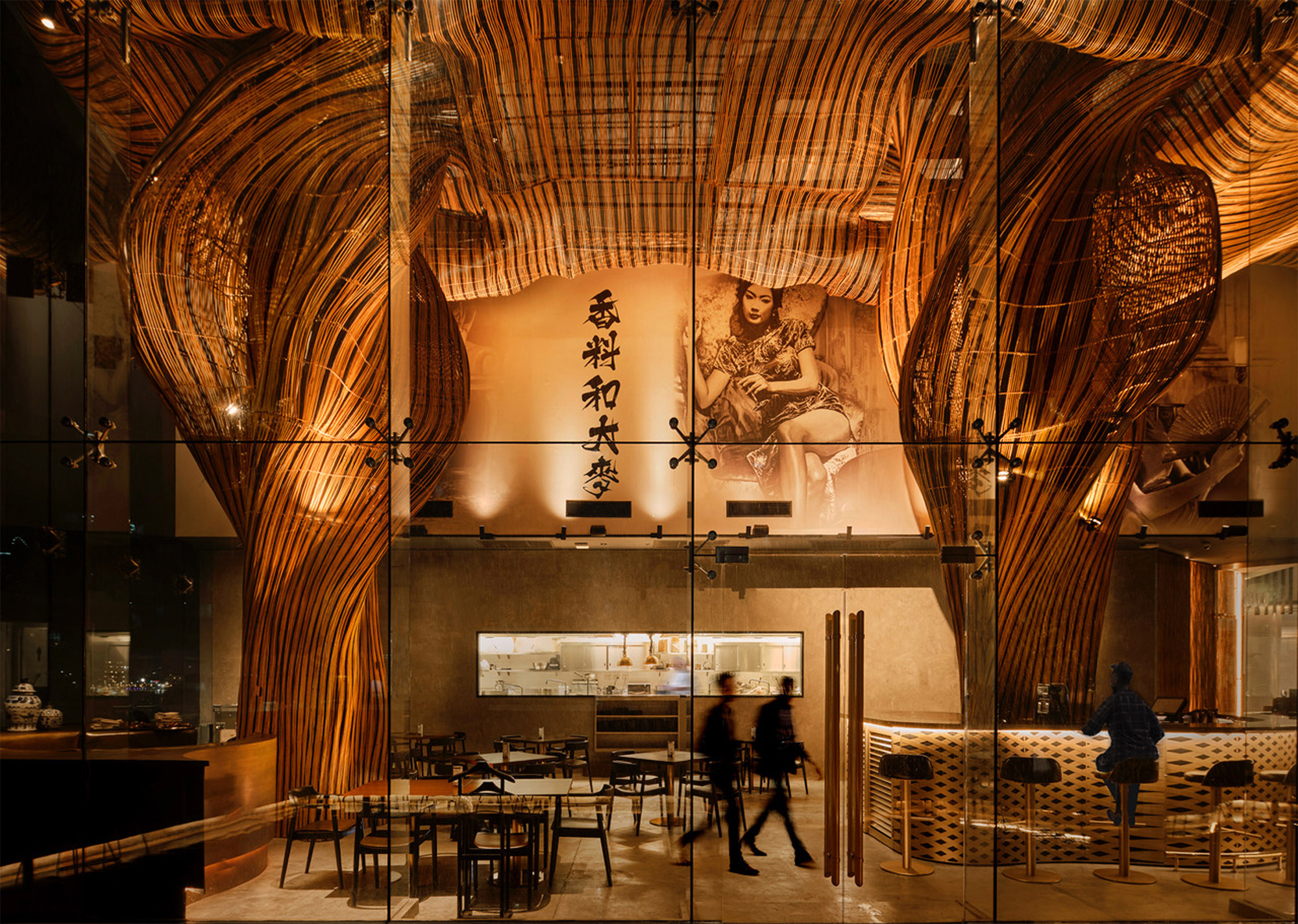 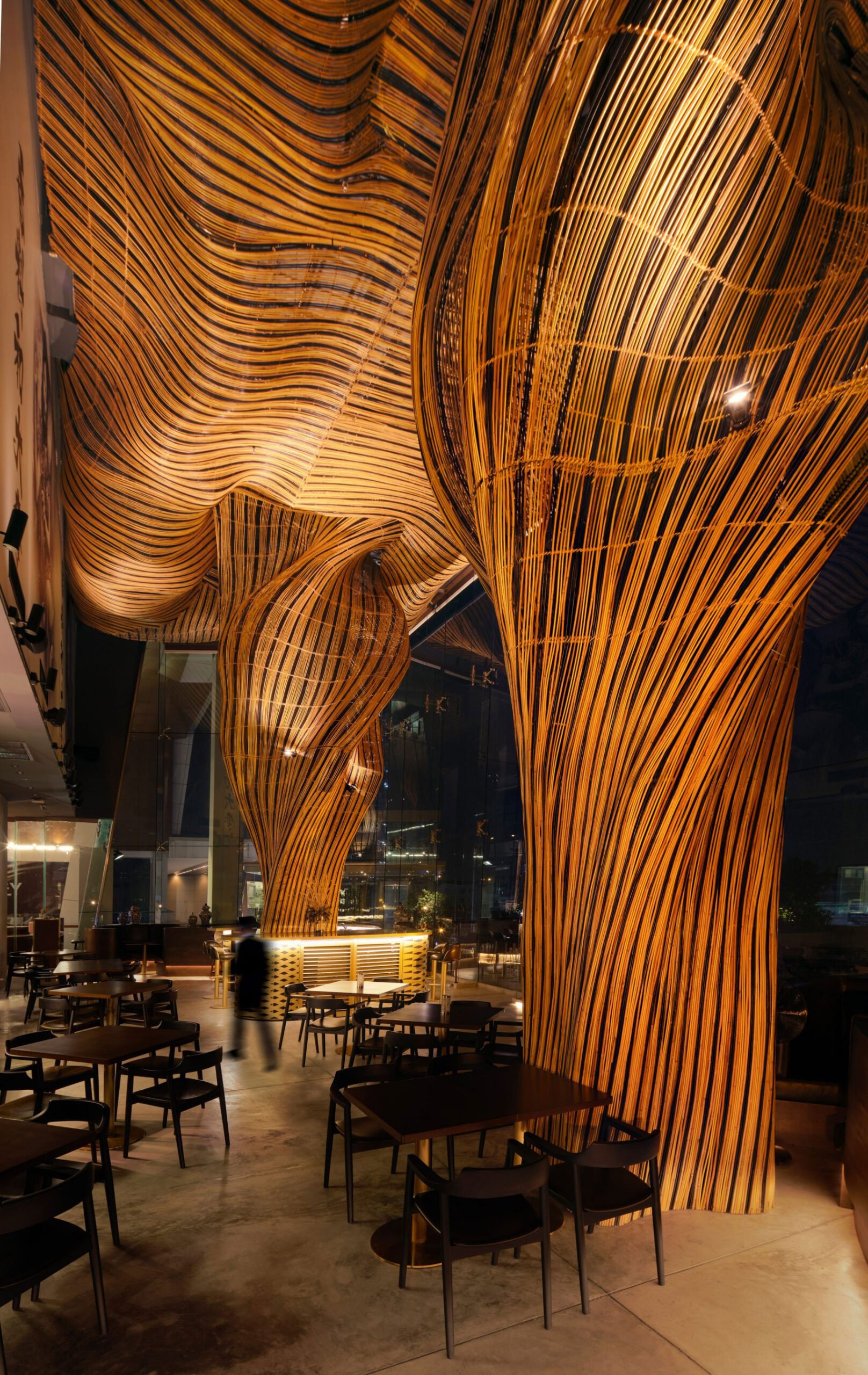