What brings you hope? That’s the central question behind a new group exhibition presented by Port City Creative Guild. Couriers of Hope boasts more than 120 original pieces from more than 90 artists—the list includes Rosanne Kang Jovanovski, Andrew Hem (previously), Sean Chao (previously), and Yoskay Yamamoto—all rendered on vintage envelopes. Prompted by the mail art movement of the 1960s, the exhibition features an eclectic array of watercolor, pencil, and mixed-media illustrations that transform the miniature canvases into the artists’ vision for the future, whether through relaxed otters, peaches, or vivid portraits. Many of the works prominently display original postmarks and stamps and serve as a reminder that communication doesn’t have to be digital.

Students from Long Beach Unified School District have the opportunity to acquire one of the envelopes by trading their own response to the artists’ same prompt, with the guild providing art supplies for participants to ensure that everyone has access to the initiative. The show was curated collectively by a Long Beach Museum of Art, Creative Arts Coalition to Transform Urban Space, Flatline, Inspired LBC, The Icehouse x Ink and Drink Long Beach, Arts Council Long Beach, Carolyn Campagna Kleefeld Contemporary Art Museum, Pacific Island Ethnic Art Museum, Compound LBC, and the Creative Class Collective.

Couriers of Hope will be on display in the windows of the Psychic Temple of the Holy Kiss in downtown Long Beach and on the guild’s site for virtual viewing from January 19 to February 28, 2021. 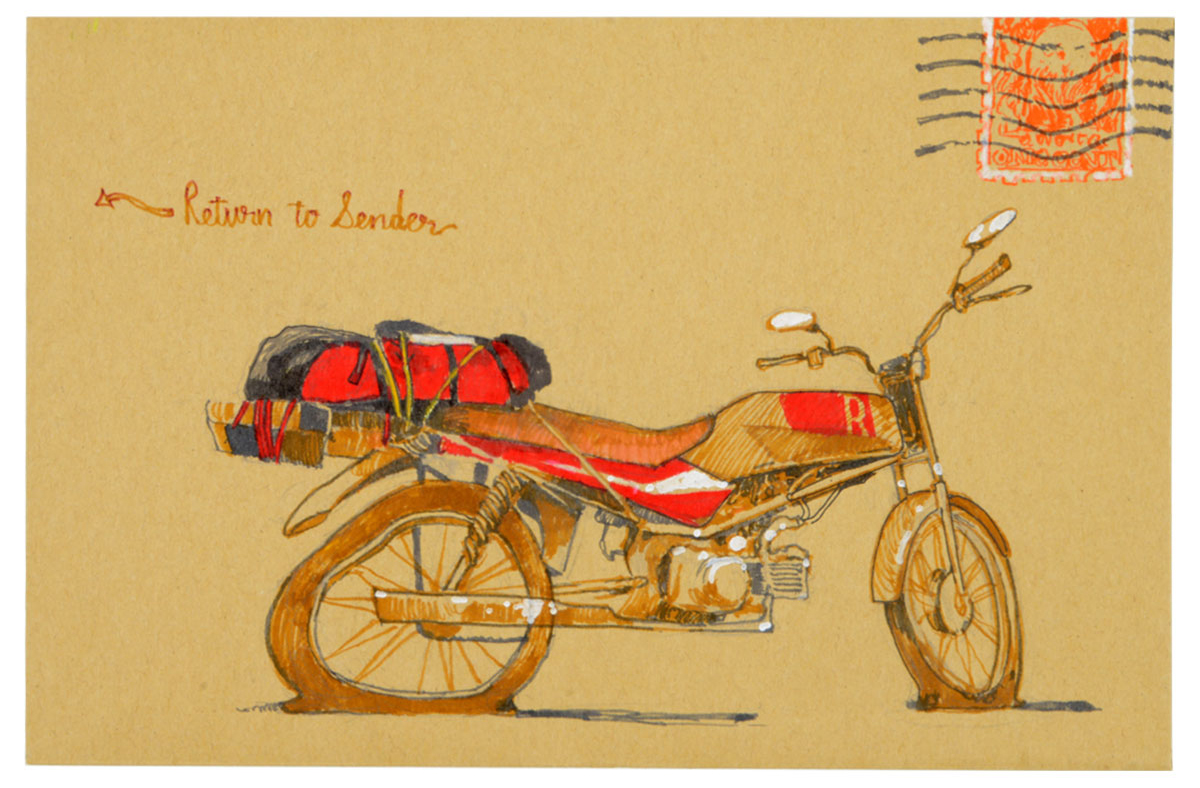 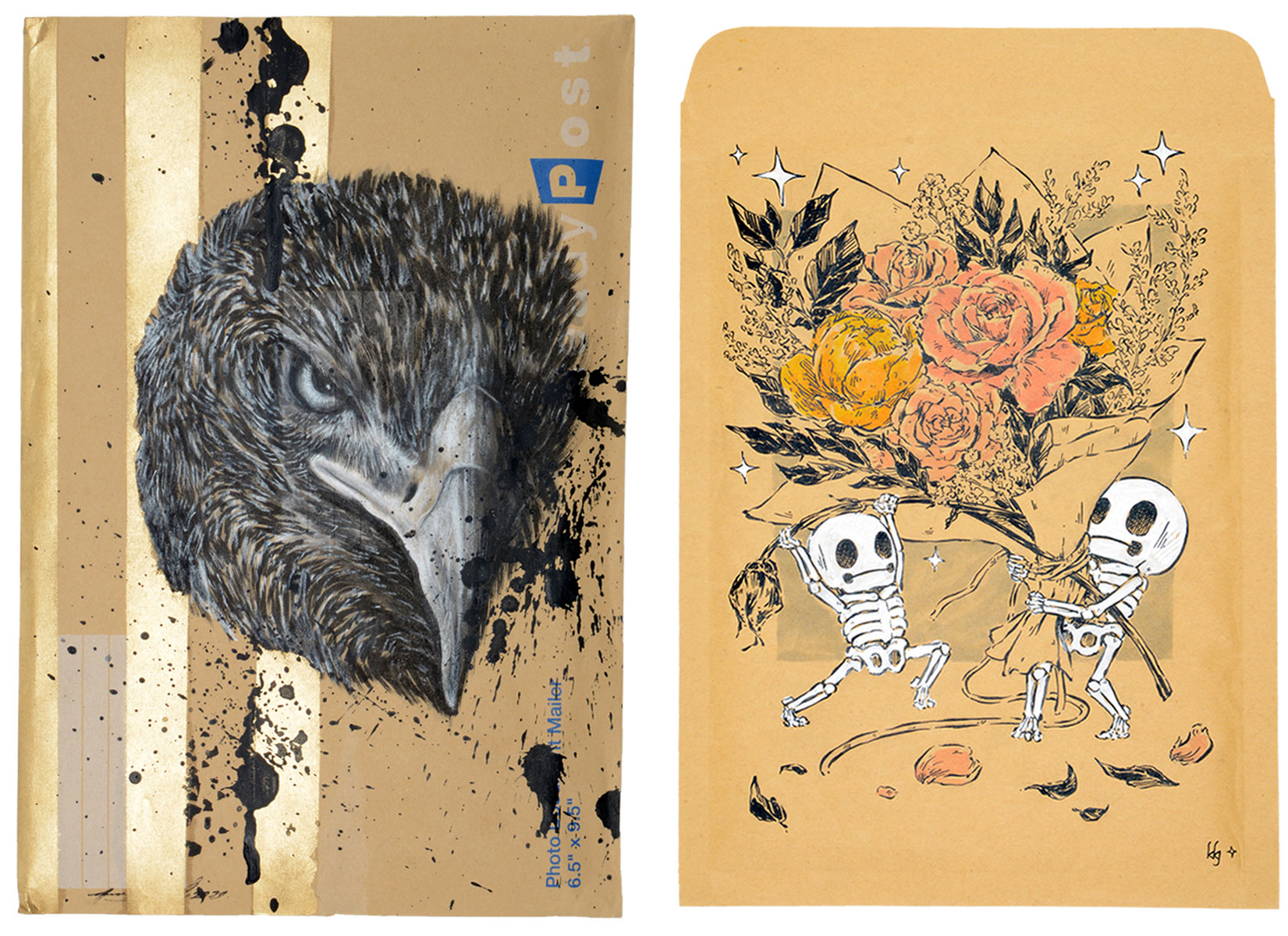 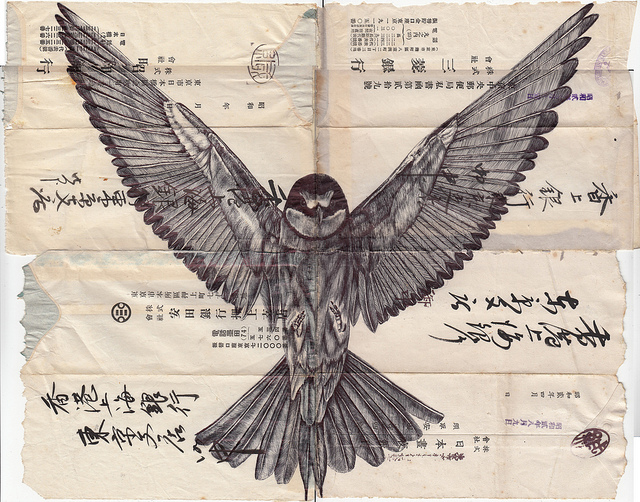 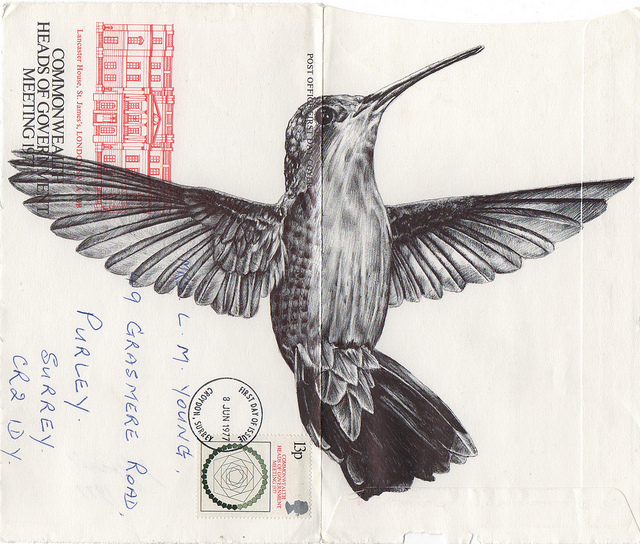 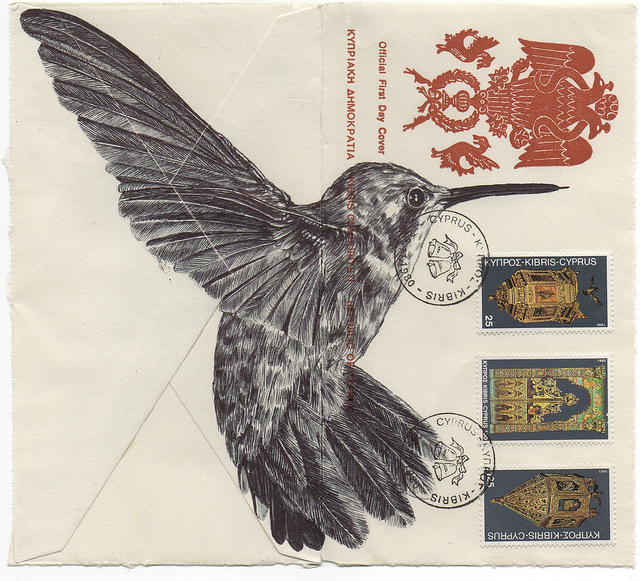 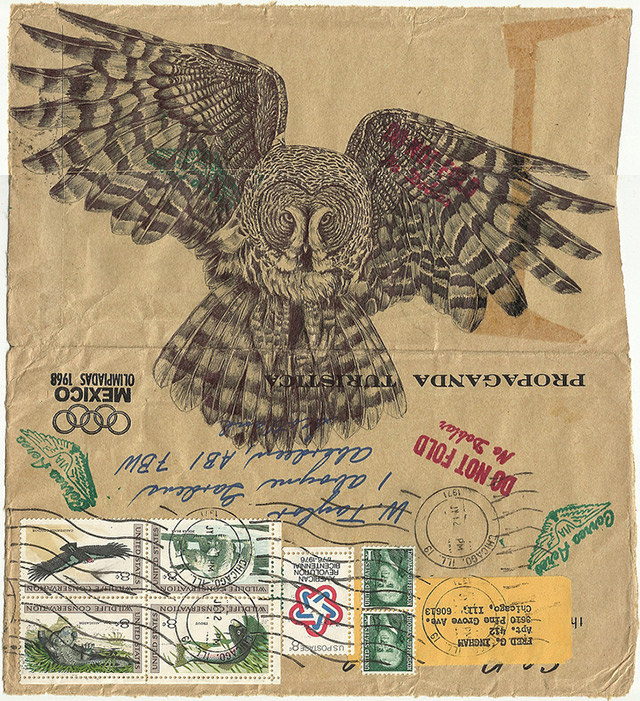 It’s been over a year since we last checked in with artist Mark Powell (previously here and here) who draws portraits and birds on old vintage envelopes. His works have become increasingly more detailed the last few months and I’m especially enjoying his series of birds. See much more here.