In her latest series, German photographer Alma Haser combines the portraits of several pairs of twins by literally puzzling their images together. Haser first photographs each twin separately, then prints their corresponding photograph onto a 500 or 1000-piece puzzle. Finally, Haser painstakingly switches every other piece to create two works that are an equal combination of each sibling.

In earlier works in the series Haser only switched the twins’ faces, rather than melding their entire portraits. In the side-by-side images of the the twin brothers below it is difficult to tell if anything is swapped, unless you narrow your focus to the subjects’ eyes.

Haser recently contributed a few portraits from this series to the group exhibition The Body Issue: Human Stories at NOW Gallery in London. You can see more of her portraiture involving twins on her website and Instagram, and shop select prints on her online store. (via Hi-Fructose) 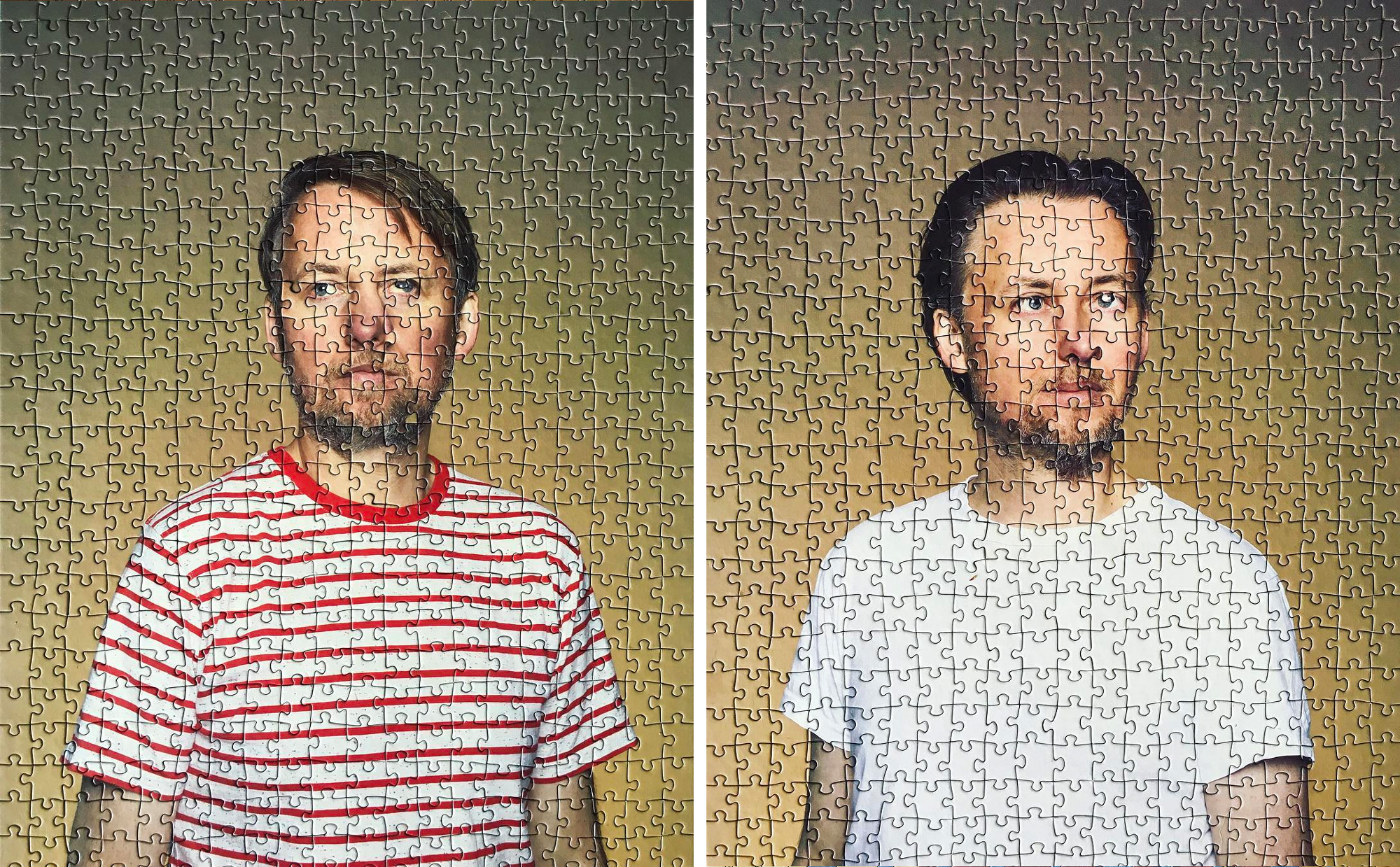 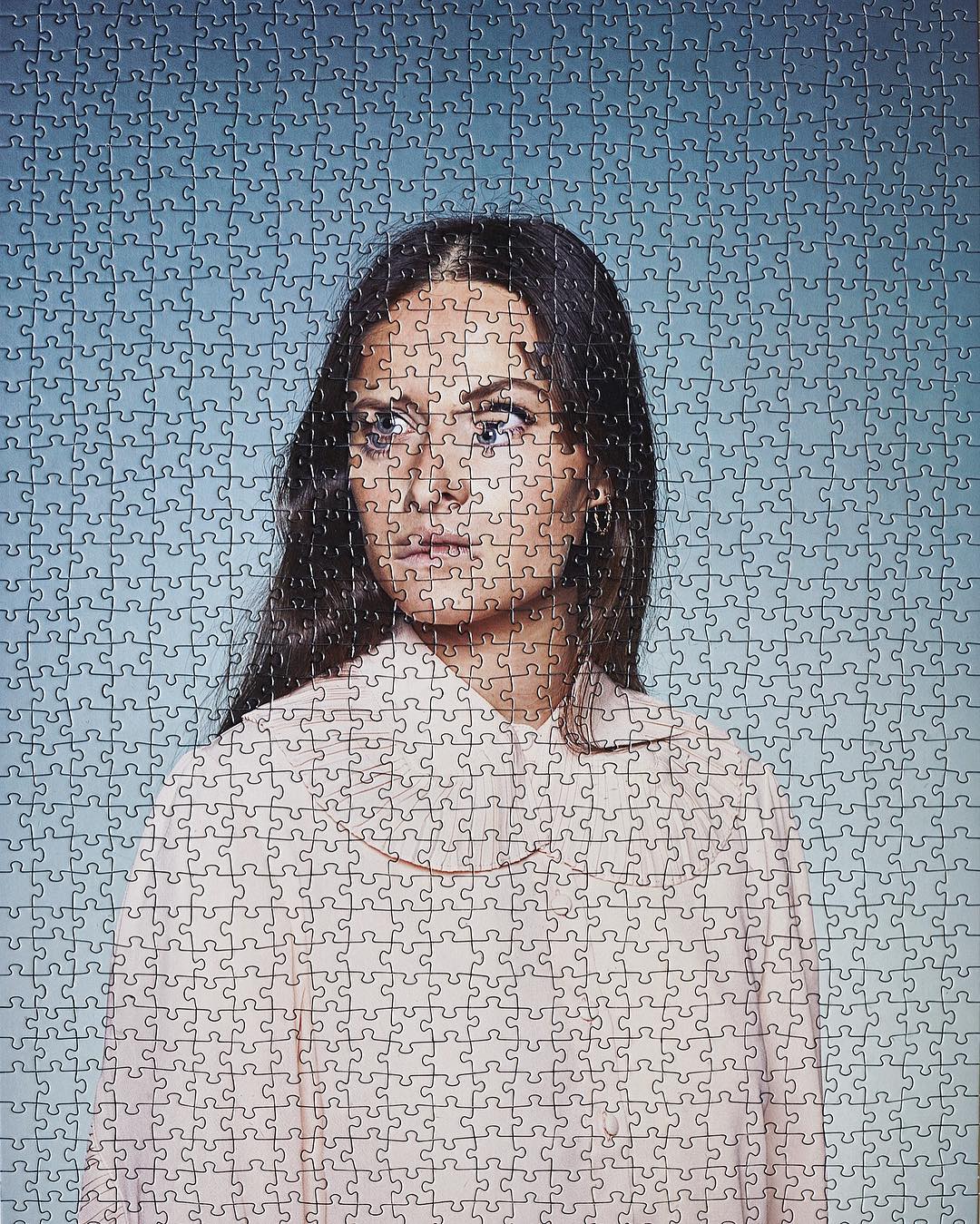 The film’s trailer is currently premiering as part of the 2016 Tribeca Film Festival in New York. You can learn more on their website or by following them on Instagram. The stories of a unique bond between a child and their pet are as timeless as they come, but rarely does the pet have wings. Such is the case with photographer Cameron Bloom whose son Noah happened upon a baby magpie in 2013 when the family was out walking near their home in Newport, Australia. After consulting with a veterinarian, the family learned to raise the orphaned bird, who they affectionately named Penguin.

A year later, the curious bird has deeply integrated with the family. Despite being free to come and go outdoors, she always returns to the Bloom household where Cameron, his wife Sam, and their sons Rueben, Noah, and Oli eagerly await her return. On rare occasions, Penguin even shows off her adopted family to other magpies who have followed her inside the house.

For the past year, Bloom has dutifully snapped photos which he publishes on a wildly popular Instagram account. Seriously people, it’s amazing; follow it now, ask questions later. The feels. Penguin pretty much gets the run of the house and is free to snuggle with the family in bed, get tangled in their hair, or help with homework.

Just yesterday, New York Times bestselling author Bradley Trevor Greive announced that he’ll be writing a book about Penguin and the Blooms, accompanied by Cameron’s photography. You can see more on his website. All photos shared here courtesy the photographer. (via Beautiful Decay, ABC) After the death of her grandmother in 2010, animator and illustrator Gemma Green-Hope was called to help sort through some of her remaining possessions. What she discovered evoked not only memories, but also resulted in a new understanding of who her grandmother was by cataloging the objects she left behind. Green-Hope transformed the old books, clothes, jewelry and photos into this touching stop-motion portrait. Also, spoiler: her grandmother shot a spider. (via Vimeo Staff Picks)

My Parents Were Awesome Blog Becomes a Book