Blanketing much of Ghana’s landscape is Lake Volta, an artificial reservoir with the largest surface area in the world. The enormous body of water spans from the southern part of the African country through the northern region and is contained by the Akosombo Dam, which generates much of the nation’s electricity.

Despite the stunning environment and rich surrounding landscape, the lake has a sinister side that photographer Jeremy Snell captures in a new book, titled Boys of Volta. “Thousands of children work in its massive fishing industry—and many of these children are trafficked into labor,” a statement about the project says. Through intimate and impactful shots, the Brooklyn-based photographer peers into the lives of young boys who wade into the tree-speckled water with swathes of fishing nets. Snell writes about the project:

The trafficking of children and child labor in this region has a lot to do with the complex economic and social history of the Ghanaians residing around the lake. Young children are targeted for fishing because of their mobility and small hands for untangling nets. This series hopes to capture some of the solitude and innocence of young children entrapped in this reality.

Individual prints and the book compiling Snell’s series are currently available from Setanta Books with ten percent of proceeds going to International Justice Mission, a global organization that strives to end slavery, police abuse, and violence against women and children. Follow Snell’s projects that document life around the world on Instagram. (via Creative Boom) Swedish animator Guldies (previously) just released his latest stop motion short titled Going Fishing. The entire clip was filmed in his bedroom on a desk requiring 2,500 photographs shot with a Canon EOS 600D. The attention to detail in giving weight to small objects like the bucket, wood, and bobber is extremely well done. See more of Guldies’ work on his YouTube channel. (via Twisted Sifter) A few years ago photographer Viktor Egyed accidentally stumbled upon the town Szödliget a few miles outside of Budapest, and to his delight found this small abandoned fishing village filled with clusters of A-frame huts. Deciding the weather was not ideal, Egyed came back a few years later when he was able to capture the town in a hazy fog, the perfect condition to highlight the glasslike reflections of the structures in the lake below.

The feeling of the small lakeside town is just as dreamlike as the imagery suggests. “This small abandoned fishing lake has its own very unique atmosphere,” said Egyed to Colossal. “It is an idyllic place for people who want to escape from the rushing of life for a little while.”

You can see more of Egyed’s photographs on his Behance page here. 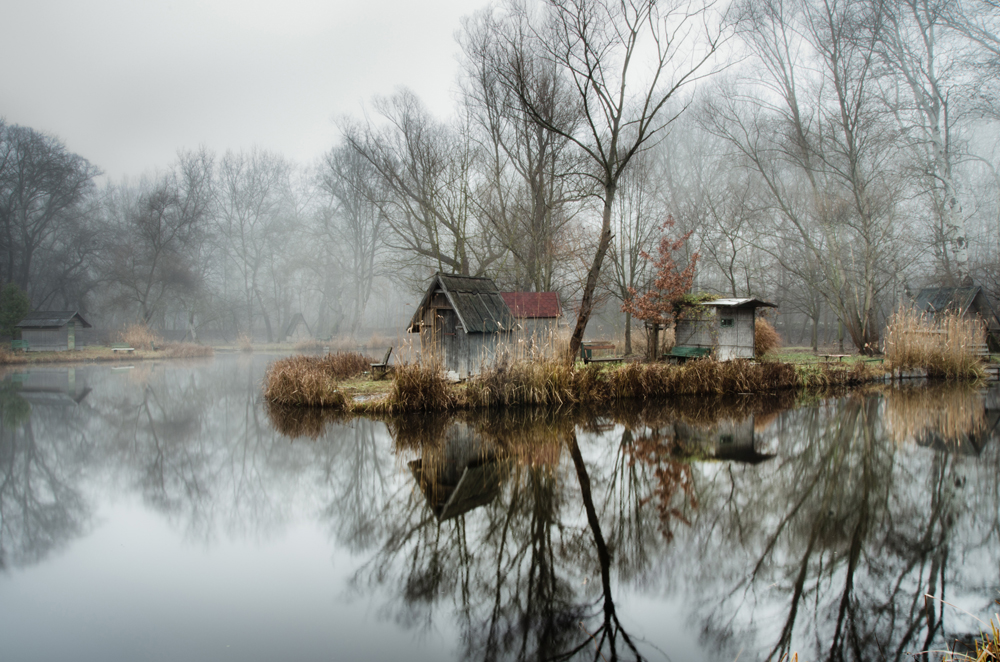 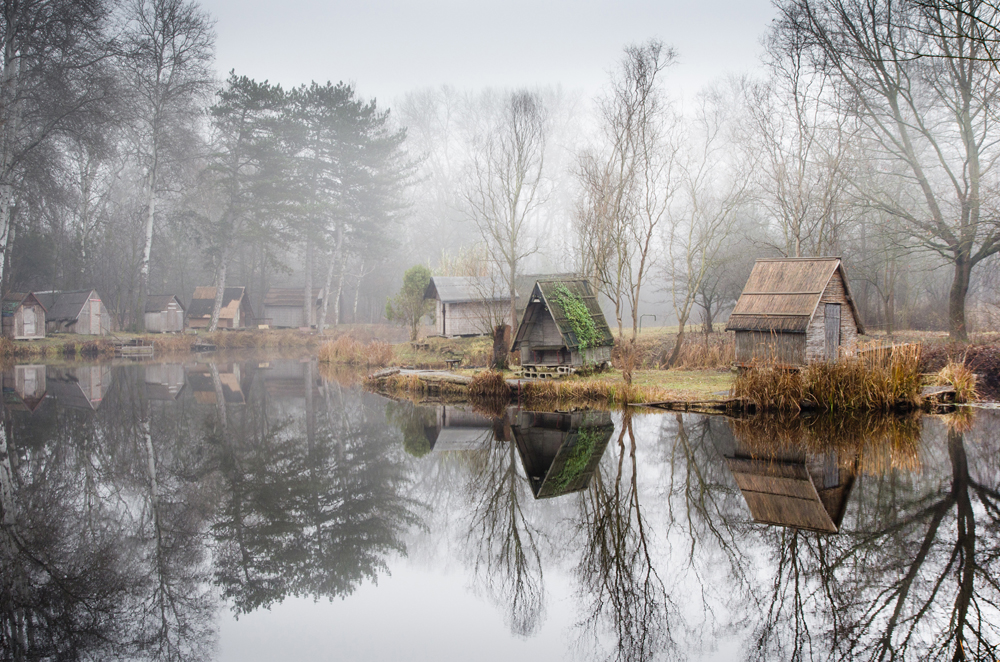