All photographs © Benjamin Dimmitt, shared with permission of the artist

An Unflinching Look, a documentary photo series by Benjamin Dimmitt, is set in Florida and focuses its gaze on rising sea levels. Dimmitt has been photographing in the Chassahowitzka National Wildlife Refuge north of Tampa since 2004, after an initial visit more than 30 years ago.

“The dense palm hammocks and hardwood forests were festooned with ferns and orchids and the fresh water creeks were a clear azure,” Dimmitt tells Colossal. But, around 2011, saltwater began leaching into the creeks, due to rising sea levels and the state’s environmental decision-makers. Florida’s water commissioners allowed more fresh water to be drawn into large-scale inland developments and agricultural interests, leaving less for wetlands in the aquifers that feed these essential ecosystems.

“What had been verdant, semi-tropical forest is now mostly an open plain of grasses relieved by palms and dying hardwood trees,” Dimmitt explains. “In 2014, I began to photograph in the salt-damaged sawgrass savannas and spring creeks there as a way of reckoning with the ecosystem loss and of understanding what has become of my native Florida. I have narrowed my focus to a small, remote area that I know and love. My intention in bearing witness to this loss has been to portray the ruined landscape with respect, nuance and beauty.”

In order to create each photograph, Dimmitt canoes into the wetlands, stepping on to land to set up his tripod when possible, or shooting from his canoe if the water is too deep or land too soft. The selenium-toned gelatin silver prints are created with a medium format camera. Dimmitt grew up in a creative household, and his mother was an abstract painter. She gave the photographer his own camera at age 16, and her aesthetic continues to inform Dimmitt’s own practice to this day.

Because Dimmitt has been working in this region for so long, he is able to show the dramatic changes in the landscape over time, as salt-intolerant vegetation has been wiped out by the encroaching ocean water, as documented in the diptychs shown here. The artist tells Colossal that he has a very direct approach to photography, shooting from his eye and his heart. He sought to channel “a hammer in a velvet glove,” creating compelling images that would draw viewers into the larger issues at stake. As part of his artistic practice, Dimmitt also researched saltwater intrusion and spoke with scientists, activists, state water management officials, and locals to gain a full picture of the situation. For the photographer, the experience of documenting the changes in Chassahowitzka National Wildlife Refuge “has been painful and cathartic for me, evoking grief, anger and feelings of loss and mortality.”

An Unflinching Look is part of a current exhibition, “This is Climate Change,” now on view at Southeast Museum of Photography through October 26, 2019. Explore more of the photographer’s portfolio on his website and Instagram. You can also learn more about the buyouts that state governments in regions impacted by climate change are offering people to leave their homes in an incisive article on Bloomberg, and explore “ghost forests” all along the Eastern seaboard in the New York Times. 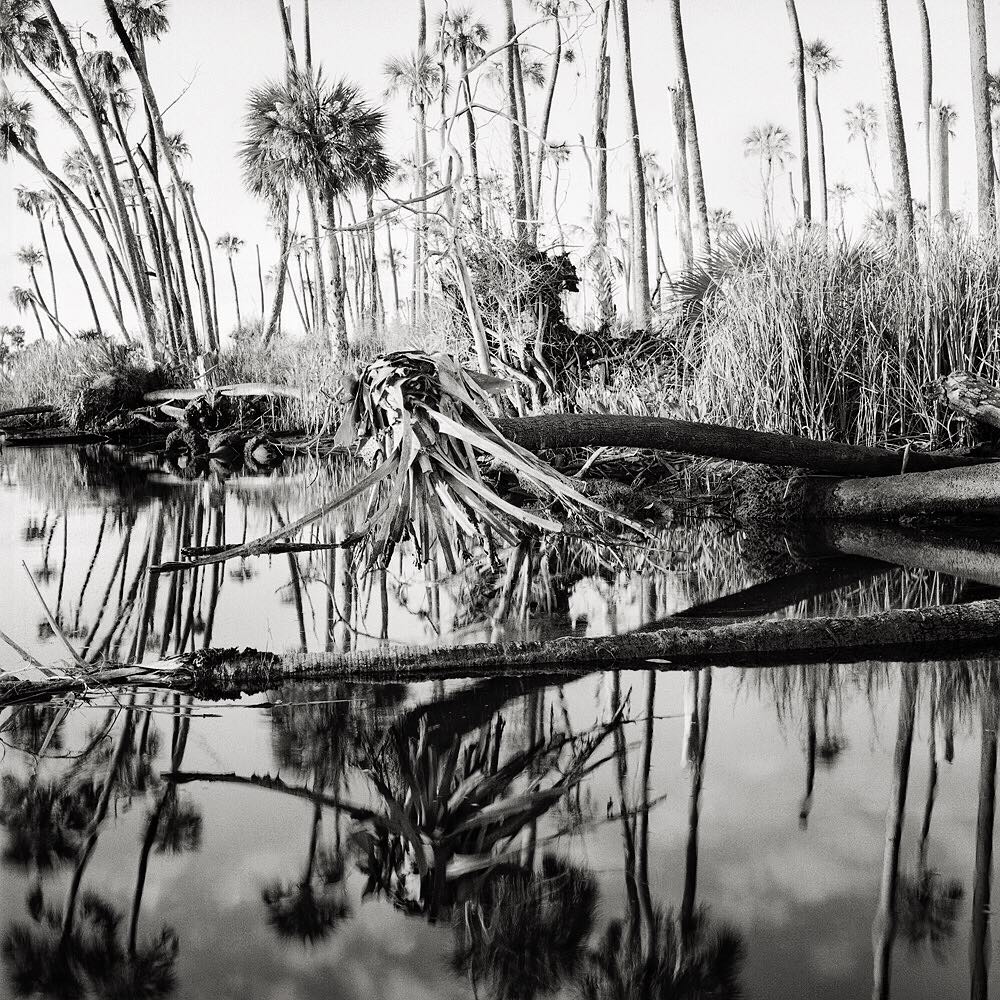