Fields of vibrant flowers spring from a Brooklyn brownstone, basketball court, and Vermeer’s “Girl with Pearl Earring” in Equinox Collection by Grif. The Manhattan-based artist is working on an ongoing series of animations that transform objects and spaces into wild gardens in full bloom. The looping clips are designed to “illustrate how nature’s energy will continue to evolve, reclaim, and transfer even without us,” Grif says. “The concept of transferring energy is one that is constantly in motion. Energy is constantly being transformed all around us. It’s the first rule of thermodynamics.”

Whether enveloping a Berlin doorstep or producing a trail of flowers in a skateboarder’s wake, each piece is a mini-narrative that’s rooted in a place, time, or experience the artist wanted to revisit. “I chose scenes from my memory and slightly changed the surroundings to embed a sense of nostalgia for the audience, a sort of golden light that elicits this feeling of optimism. We often look back quite fondly on memories, they’re rose-tinted or sugar-coated or whichever metaphor you like,” Grif says.

Some of the works shown here were featured last month for Callao City Arts in Madrid, and others will be on view as part of an exhibition led by Collab in Moscow. You can follow the ongoing collection on Behance and Instagram. 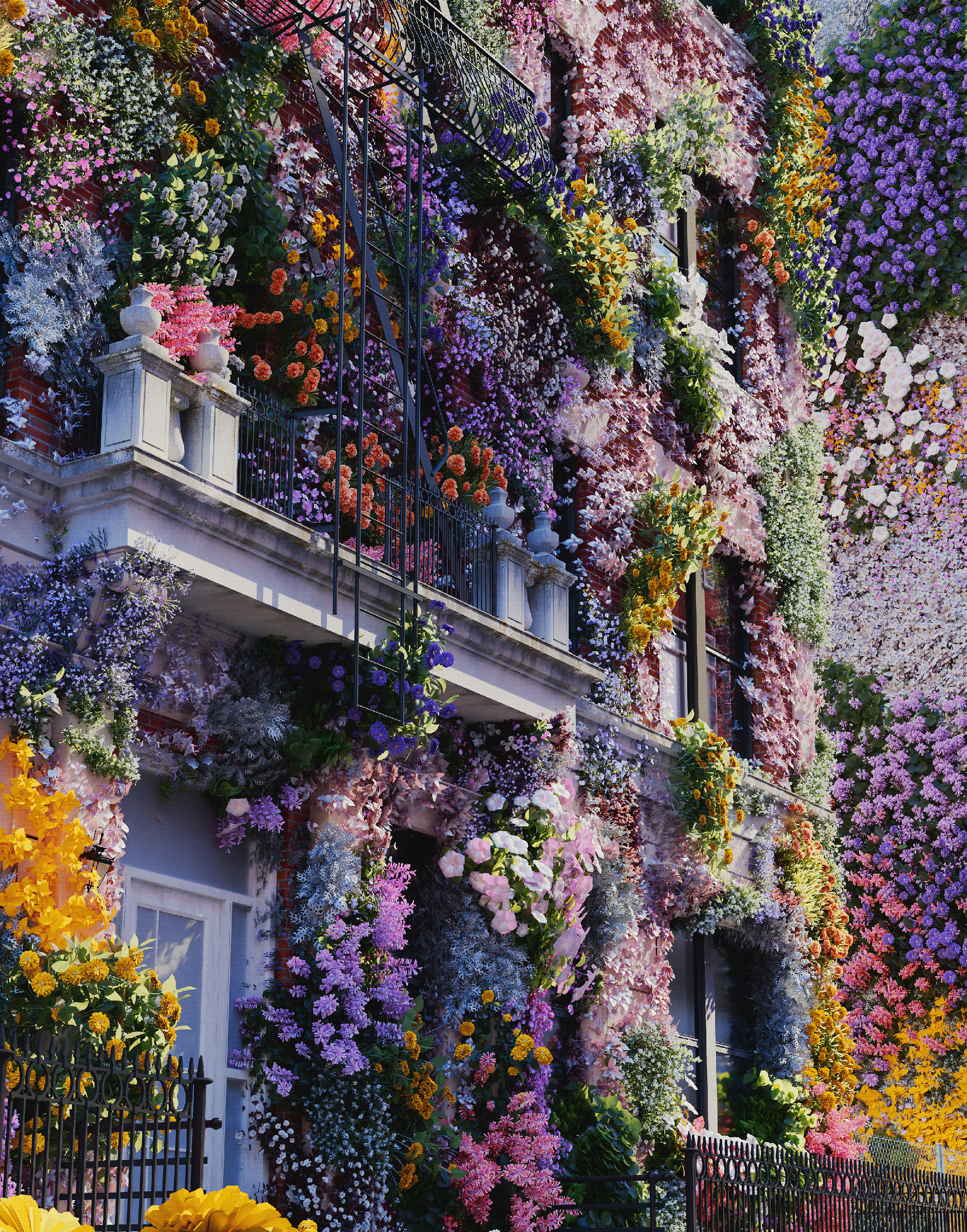 The team over at WATG reenvisions some of the most iconic corridors in major cities in what the global design firm aptly describes as “guerilla greening.” Through a series of GIFs, streets in London, New York City, and Honolulu are transformed into lush, garden-like enclaves teeming with trees, new landscaping, and thick vegetation wrapping around the existing architecture. WATG poured years of research into the short animations, which visualize practical and viable adjustments that would improve air quality, promote bicycle and pedestrian traffic, and make the traditionally concrete-and-brick locales more ecologically diverse.

Read more about the ongoing project on the firm’s site, and keep an eye out for future transformations on Twitter and Instagram. (via Core77)

Evoking a bit of time-travel, NeoMam (previously) recently animated a series of gifs that restore impressive, human-made structures around the globe to pristine condition. Although the six landmarks are now in some form of decay and have made UNESCO’s list of endangered world heritage, the short clips digitally reconstruct the sites to show what they’d look like had they not faced the ravages of time.

Included in this round of restoration are a remnant of Hatra, a large fortified city that was capital of the first Arab Kingdom, and the hundreds of islets that make up Nan Modol in Micronesia. UNESCO designated these landmarks in danger because of natural and human-generated threats like earthquakes, military conflict, and urbanization. Dig into the history behind the six restorations, which were completed in partnership with BudgetDirect and architect Jelena Popovic, in addition to other at-risk locations on UNESCO’s site.

Sydney-based artist Nancy Liang (previously) takes an unusual and multidisciplinary approach to creating whimsical looping gifs of star-filled nights. Liang begins with kraft paper cutouts and hand-drawn illustrations in her sketchbook that she transfers to a digital platform like Photoshop or After Effects. She then arranges her work in a collage and animates it, creating darkly colored, moving scenes that often focus on the natural elements of cityscapes and suburban life in Australia.

Liang said in an interview with Paper Darts that much of her inspiration comes from her habit of working throughout the night, something she’s done since she was a child. “While most people are asleep, I find something very exciting about being awake. The night is quiet and still, and much like my thoughts, this inspires curious and mysterious urban stories out there,” Liang says.

You can learn more about the artist’s unconventional process that combines programming, craft, and illustration on Tumblr and Instagram.