All images by Luke Abiol

Unlike the human body which is composed of only 18% carbon, Agelio Batle‘s latest project is produced from 100% of the semimetal material. The work, titled Ash Dancer, is a life-size skeleton that acts like a very large pencil. When placed on a custom made high-frequency vibrating table, the bones of the skeleton rub marks onto the surface, slowly creating an outline of its own form. The more the work rubs against the table, the more of itself is left behind, slowly transforming the graphite from sculpture to abstract drawings which Batle refers to as Ash Dances.

The piece is a part the exhibition “murmer | tremble” at Jack Fischer Gallery in San Francisco which opens November 5 and runs through December 29, 2016. You can see more work from Studio Batle on his website. (via This Isn’t Happiness) Taking the analogy comparing blood vessels and tree branches literally, Nunzio Paci (previously) creates oil and graphite paintings that connect humans back to nature. Paci’s works look almost straight from a medical textbook except for one flaw—the trees and animals that sprout from his subjects’ mouths, chests, and necks. Paci ultimately takes a painterly approach to his works, paint dripping down the canvas to add balance to his extreme detail.

Paci’s practice centers on the relationship between man and nature, especially focusing on the visual overlap of our intrinsic and extrinsic systems. The beautiful and minimally colored works could be interpreted as extremely morbid—Paci showing us our ultimate fate when nature takes over.

Paci lives and works in Italy. His last exhibition was titled In the Garden of Idne at Oxholm Gallery in Copenhagen this past January. 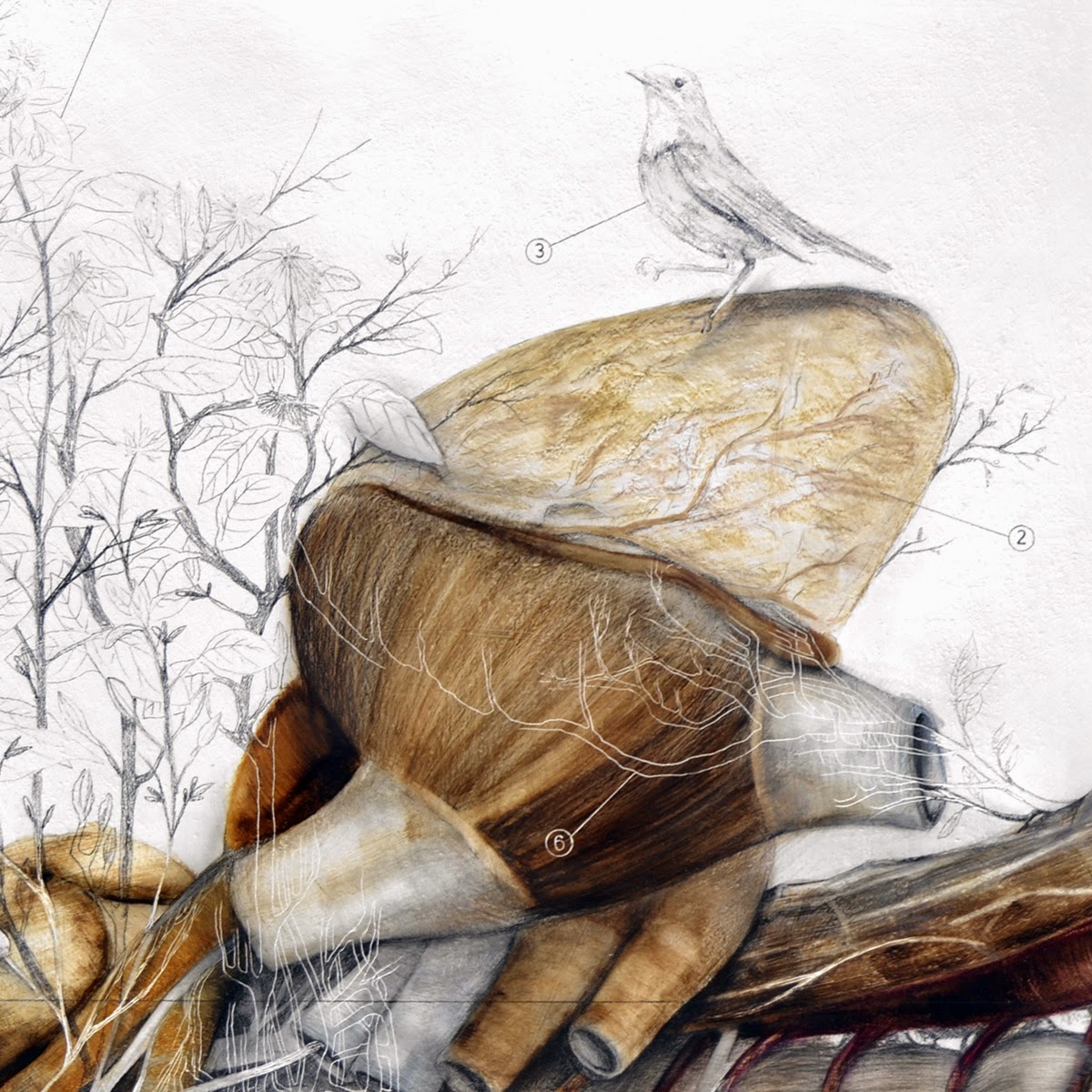 Malaysian artist Monica Lee is obsessed with details. But then again, I guess you have to be in order to create some of the most stunning photo-realistic drawings we’ve ever seen. “I like to challenge myself with complex portraits especially people with freckles or beard,” says Lee, who often works from photographic portraits to create seemingly identical drawings. Surprisingly, Lee worked in the digital world for 12 years before making the jump to illustration. But it certainly doesn’t show. She now spends 3-4 weeks on a single drawing. The artist attributes her love for hyperrealism to her father, who worked in the field of photography. You can follow Monica Lee on Facebook or Instagram. (via Illusion, IGNANT) left: the girl with glasses by Marteline Nystad | right: Monica Lee’s illustration of the photograph