Through an eclectic array of illustrations and photographs, ten Canada-based artists are collaborating in an effort to boost awareness of mental health struggles. Life on the Line is a new public art campaign spearheaded by Twentytwenty Arts that recently installed 200 posters across the Toronto TTC Subway. From portraits to abstract renderings, the vivid works will be on display through January 16, 2021.

Each piece is informed by the artists’ own experiences with mental health issues, including depression, agoraphobia, and anxiety, among others, that the storytelling platform Unsinkable will share throughout the coming weeks. “We hope that this campaign will bring people joy and comfort in an otherwise stressful and anxious time (especially if they have to be on public transit!),” Megan Kee, the director and founder of Twentytwenty Arts, tells Colossal.

If you’re not hopping on the subway in Toronto any time soon, 50 limited-edition prints—which are signed and numbered—of each of the works are available in Twentytwenty Arts’ shop. Seventy-five percent of all sales will be donated to the Canadian Mental Health Association’s Family Outreach and Response Program. You also can follow Twentytwenty Arts’ outreach efforts on Instagram. “The Fatherless Son” by Alexander Robinson Left: “Load” by Dina Belaia. RIght: “I Remember It All” by Eric Pause 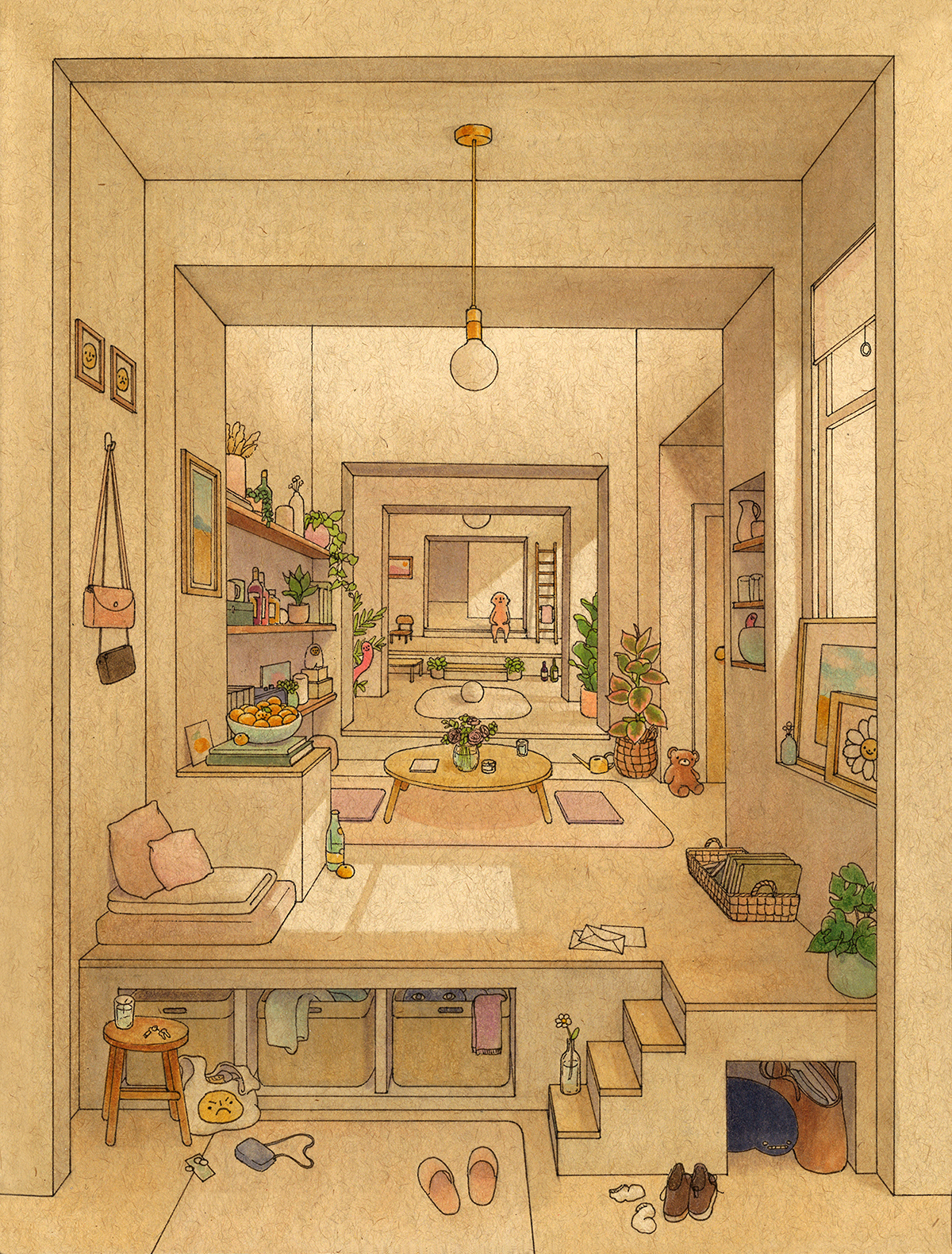 Felicia Chiao (previously) often channels anxiety and other complex emotions into layered illustrations depicting anonymous characters in a variety of states. The fictional works are connected to narratives of the mundane: a supine character floats in a bathtub, another grasps a coffee mug while peering out the window, and others sit idly. Despite their whimsy, many of the scenes evoke a sense of loneliness and feature a frowning face or dark, foreboding character looming nearby.

Chiao’s recent pieces often confine subjects to their plant-filled homes, a timely adjustment to reflect the current moment. “The drawings help me explore emotions that I don’t know how to describe with words,” the illustrator tells Colossal. She frequently shares her gel pen and Copic marker works on Instagram, where she says she’s grown a supportive, empathetic audience that resonates with her emotive projects.

Chiao currently is part of a group exhibition at Giant Robot and offers prints, stickers, and face masks of her fantastic illustrations on Society6. A recent launch by Threadless is an impressive, multifaceted initiative to combat COVID-19 that’s a win for consumers trying to stay safe, health-care workers on the front lines, and artists and creatives who’ve lost income. The Chicago-based eCommerce company announced this week that it would release artist-designed face masks, with a portion of proceeds going to MedShare, a nonprofit that delivers medical supplies to communities in need. Featuring work from Rob Sheridan, Alex Norris, and Mukta Lata Barua, the cloth face makes comply with CDC guidelines but are not medical grade.

Jake Nickell, the founder and CEO of Threadless, told Colossal that in just six days, the company raised $100,000 and has increased its target to $250,000. “When the CDC released guidelines for wearing cloth masks, we knew our artist community would be clamoring to design them and that we could raise a lot of funding for frontline workers through mask sales,” he said. “Masks are looking to be a part of our culture for the foreseeable future so (we) may as well express ourselves a bit through art and design when wearing them.” The move coincides with Threadless’s decision to give artists 60% of apparel sales from their shops, although the company said many are donating their face mask profits.

Artists and small businesses are encouraged to participate in the initiative by uploading their designs and logos. Purchase your own face covering from Threadless, and follow the company’s progress on Instagram. If you don’t need a mask but still want to help, you can donate on MedShare’s site. New Zealand and Estonia-based illustrator Eiko Ojala (previously) creates cut paper illustrations that present shadow and depth through creative layering of colorful pieces of paper. Recently, his editorial illustrations have been focused on the mind and body, like a cut paper GIF he created for a story on heart attacks in the New York Times. Others, like two Washington Post illustrations, attempt to uncover the thoughts and feelings sequestered in children’s minds by layering images inside the shape of a boy’s profile. You can see more of Ojala’s designs on his Instagram and Behance. 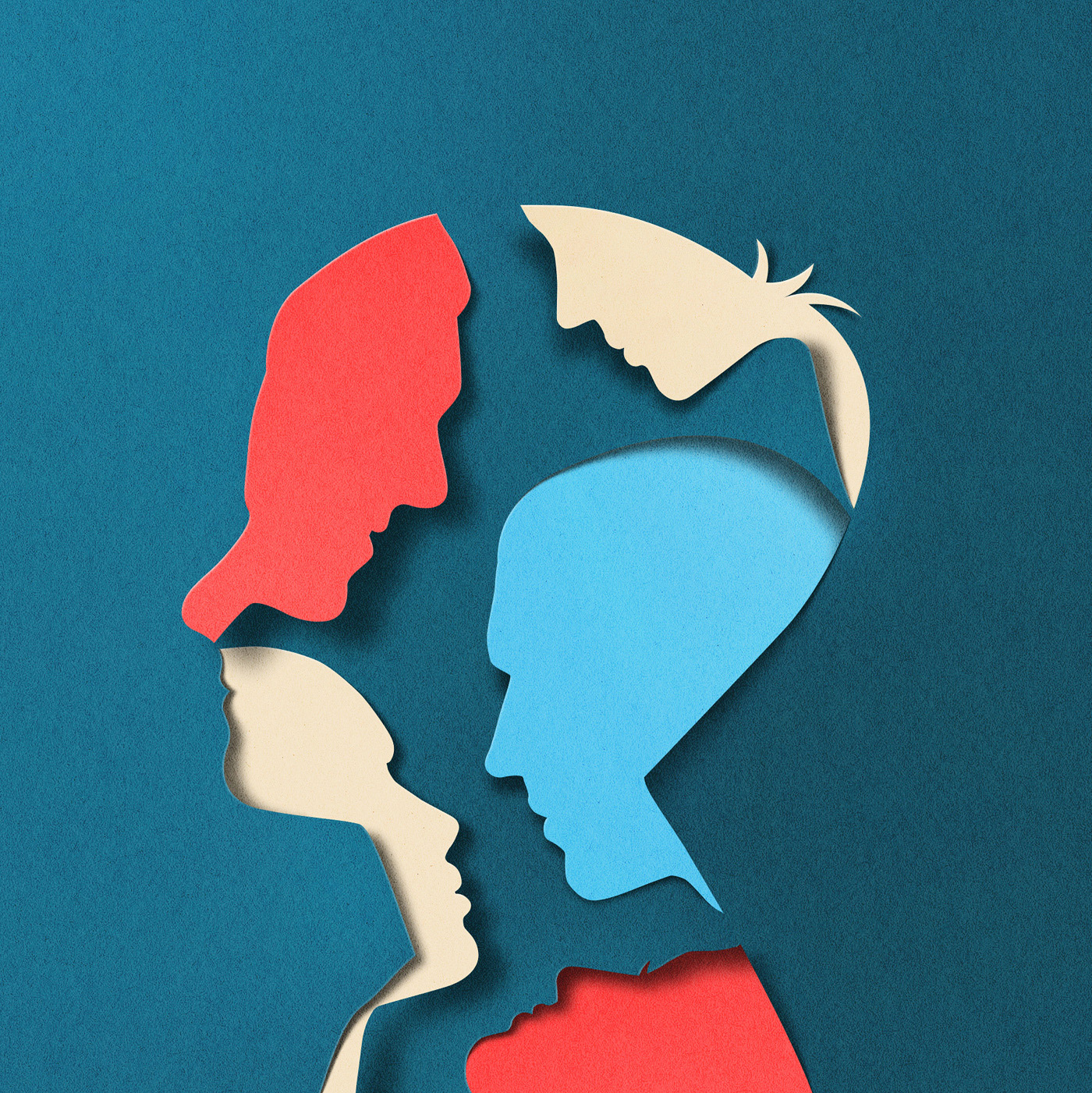 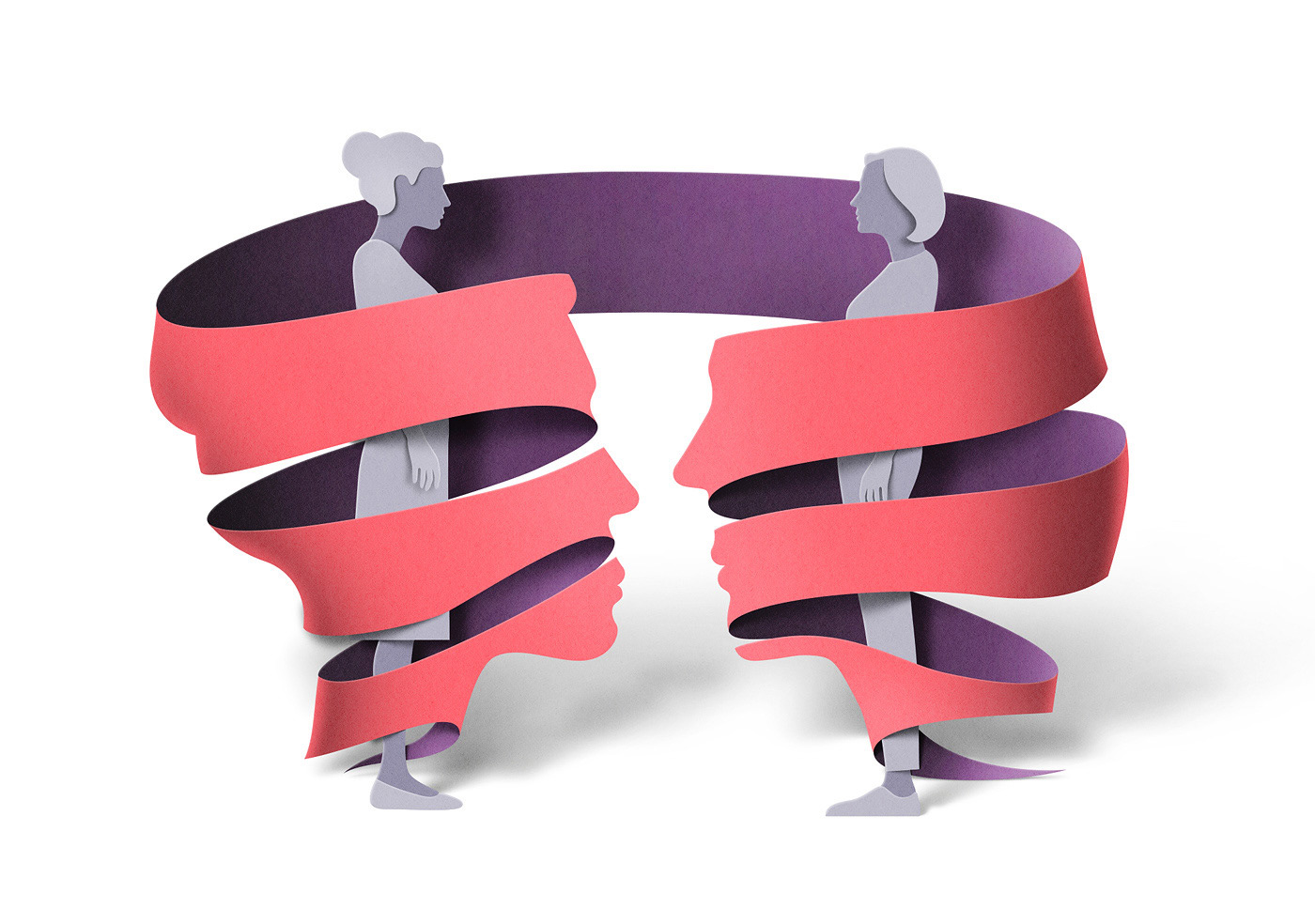 New York Times Sunday Review illustration for “I Did a Terrible Thing. I Needed to Apologize.” 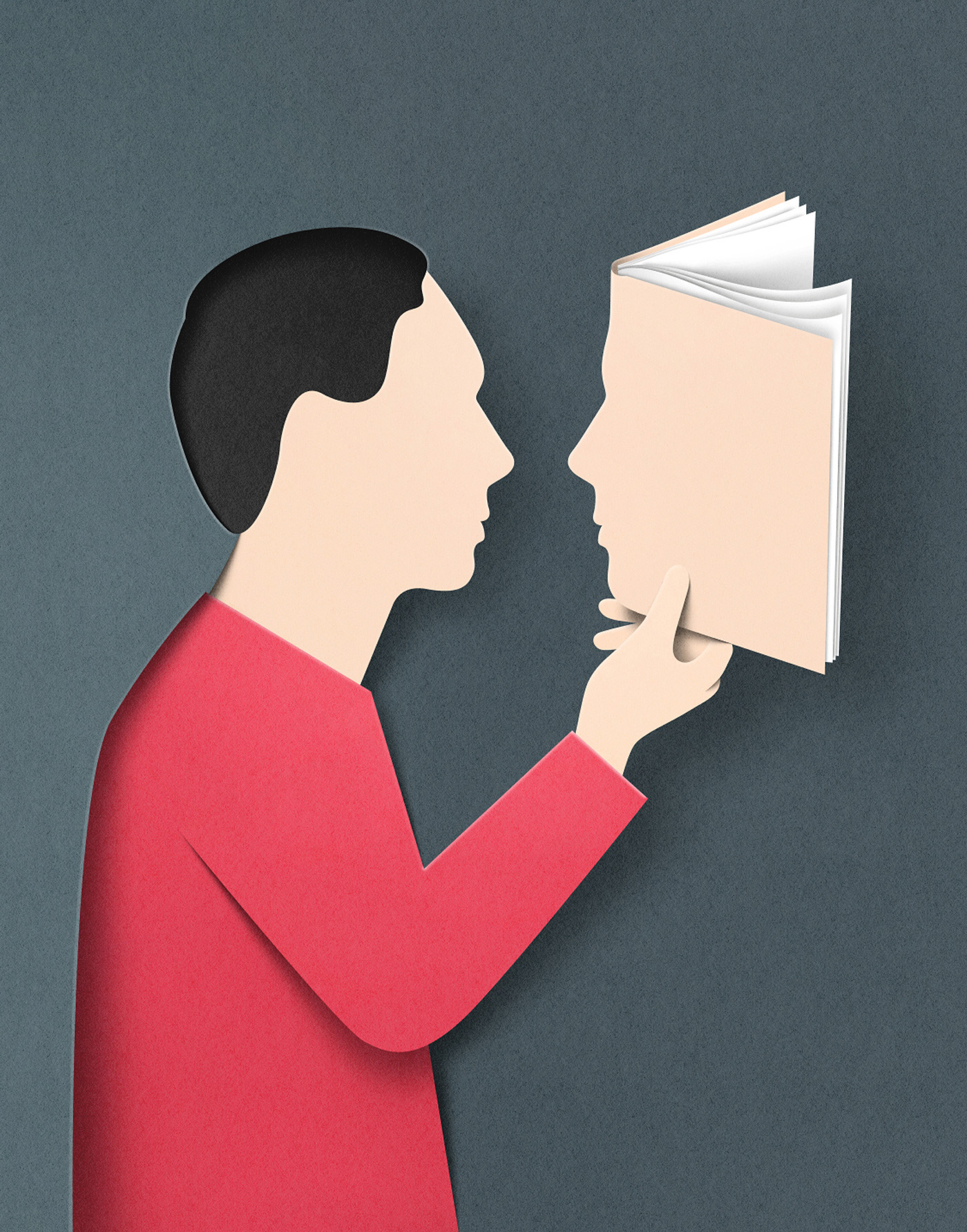 New Yorker illustrations for “Literary Hoaxes and the Ethics of Authorship.” 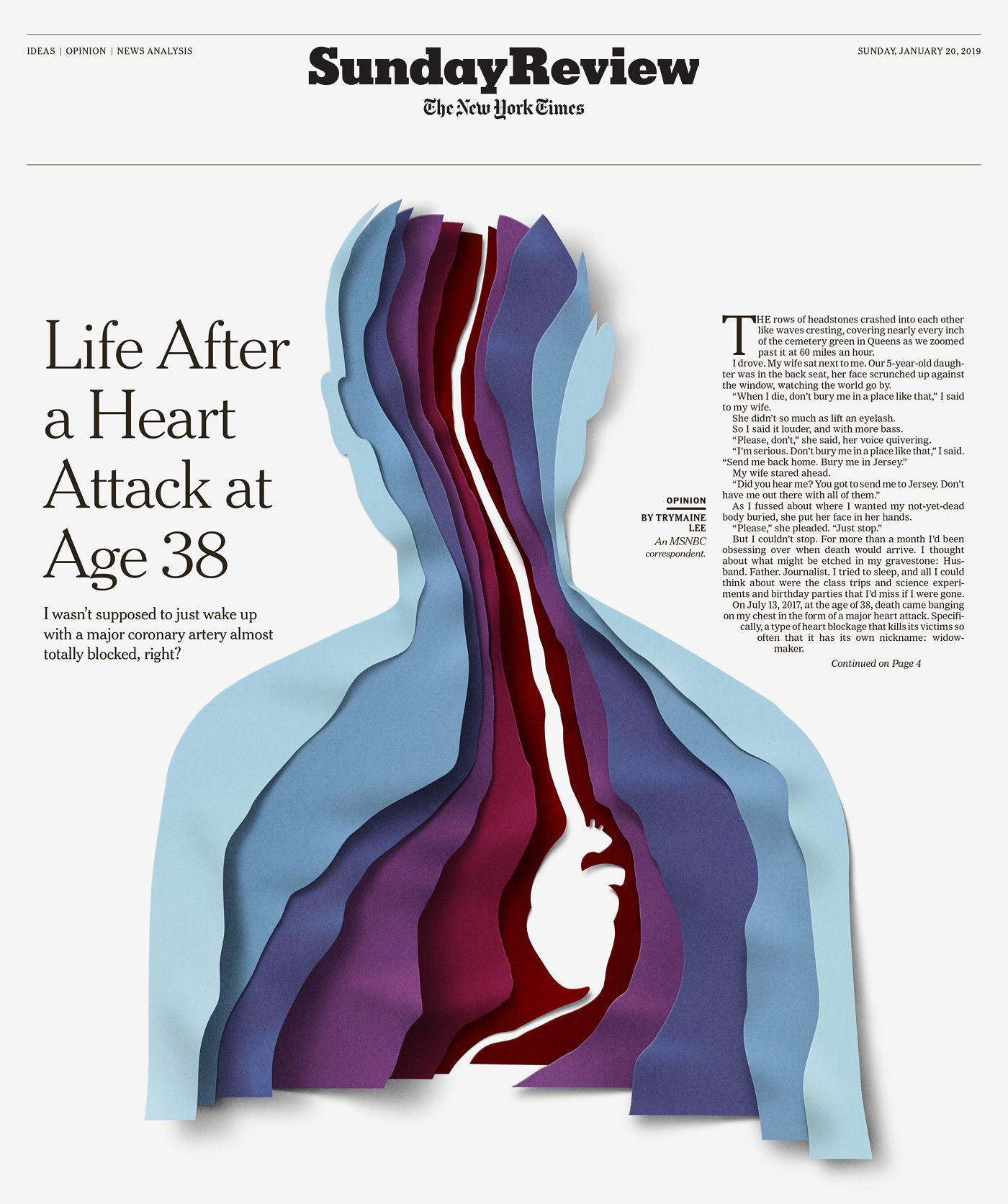 This wonderfully filmed short from Totuma uses a rapid series of visual metaphors to emphasize the humanity and even beauty inherent in the aftermath of a mastectomy. The short was created as part of a breast cancer awareness campaign on the LIFETIME TV network throughout Latin America. It’s an incredible testament to the filmmakers for creating something simultaneously humorous and strangely refreshing about such a challenging subject.