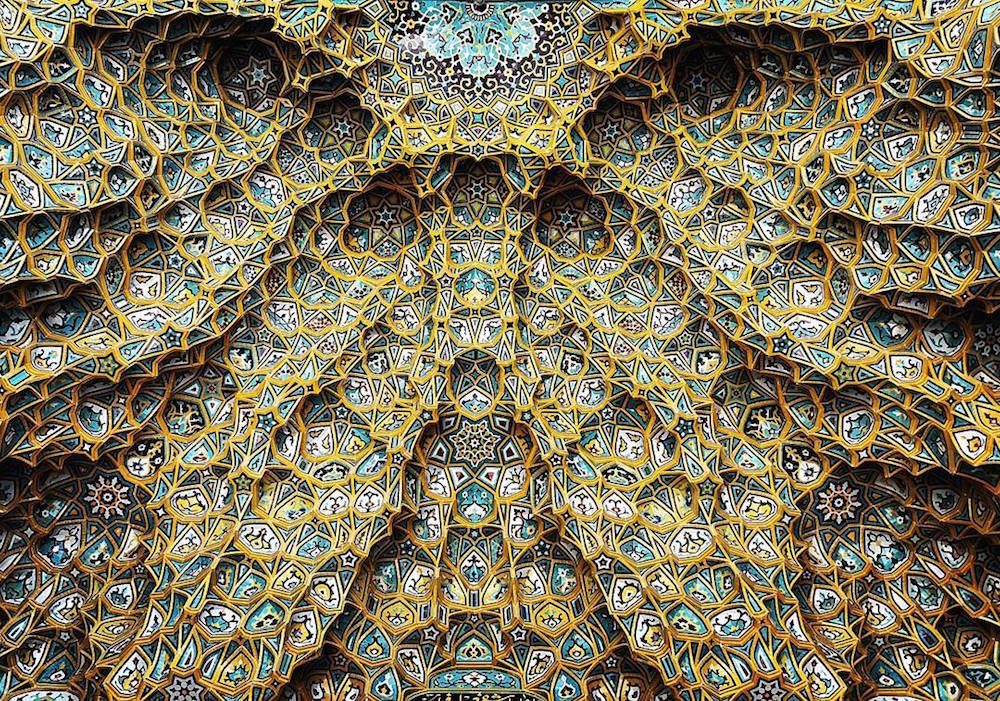 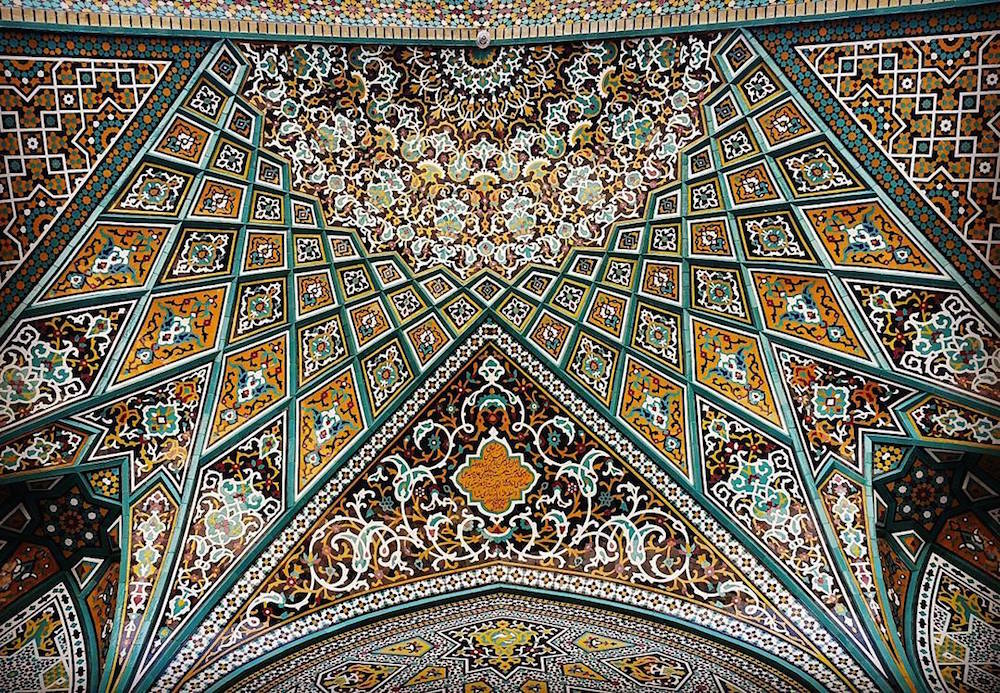 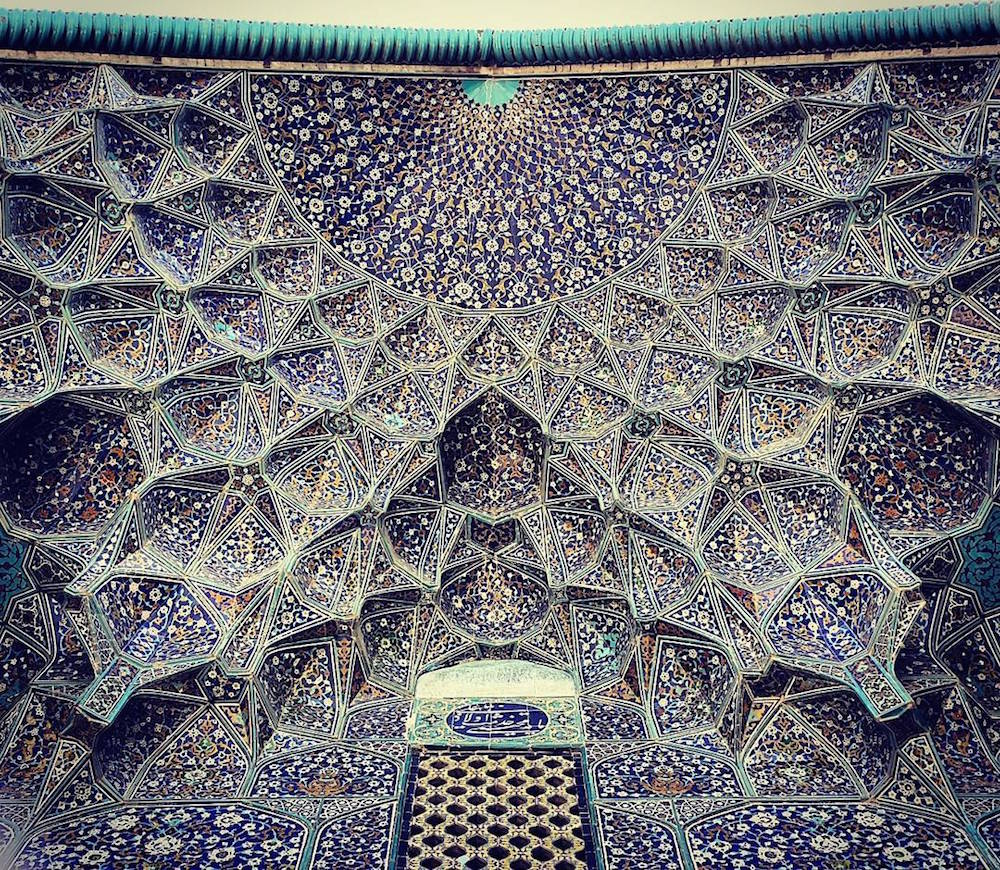 Babel Tower is the latest artwork by Shirin Abedinirad (previously) who has become known for her outdoor mirror installations designed to reflect landscapes and elements of architecture. This newest piece, a collaboration with interaction designer Gugo Torelli, adds a kinetic component to a stair-stepped ziggurat that simultaneously reflects elements of the sky, horizon, and ground while slowly rotating 360 degrees. She shares about the piece:

Babel Tower is an interactive installation that recontextualizes the spiritual architecture of the Babel Tower with modern materials, creating a union between ancient history and our present world; it is combing the past, present and offering a union for future. The top view of installation by reflecting the sky is connecting it to the earth, symbolizing the aim of Babel tower to reach for the heaven; The structural use of mirrors, serve as a reflective vessel for light, an integral feature of paradise.

You can see more views of the sculpture on her website, and watch a video of the piece in motion down below. (via Colossal Submissions) 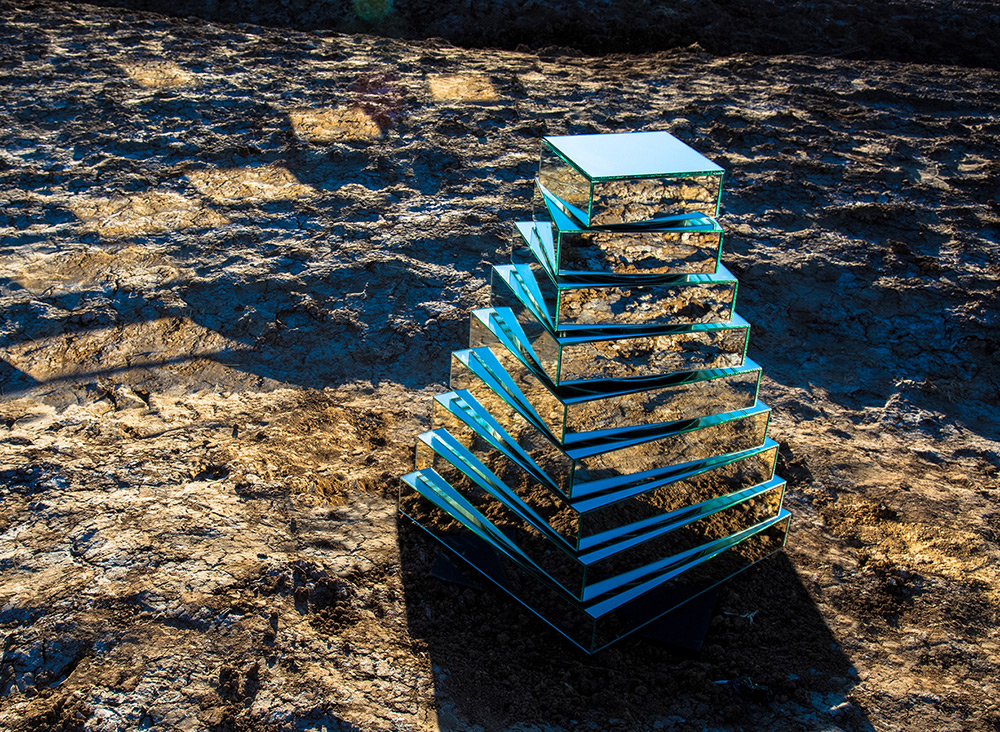 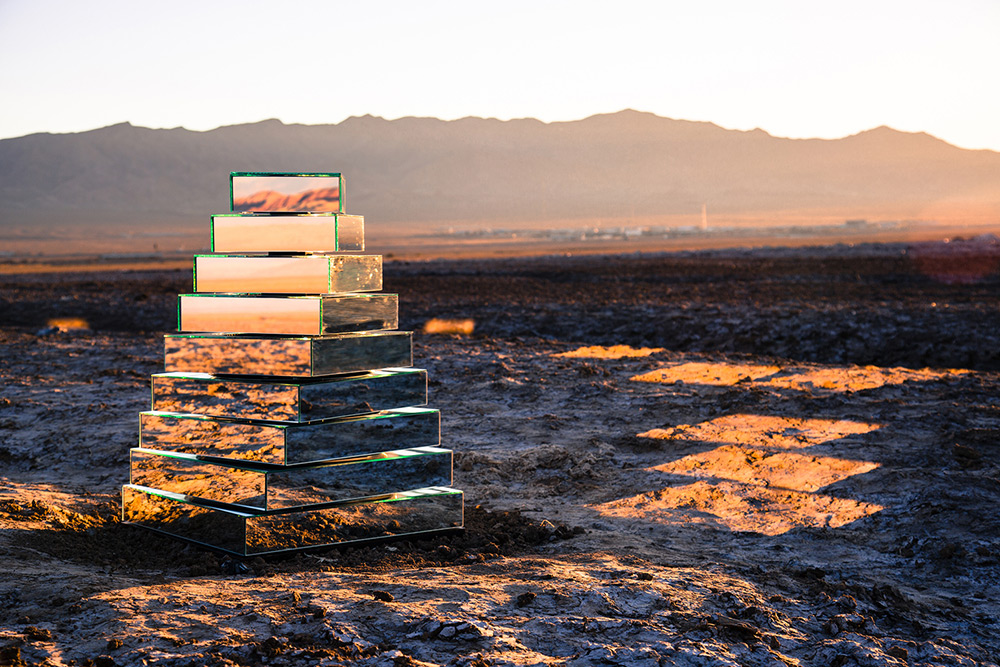