One of his favorite things to shoot are the shadows cast by clouds, something that appears surprisingly dramatic from space. Dense cloud formations can create long shadows that stretch for thousands of miles across the Earth’s surface as they eventually disappear into a black horizon. You can see new photos from Gerst daily on Twitter. 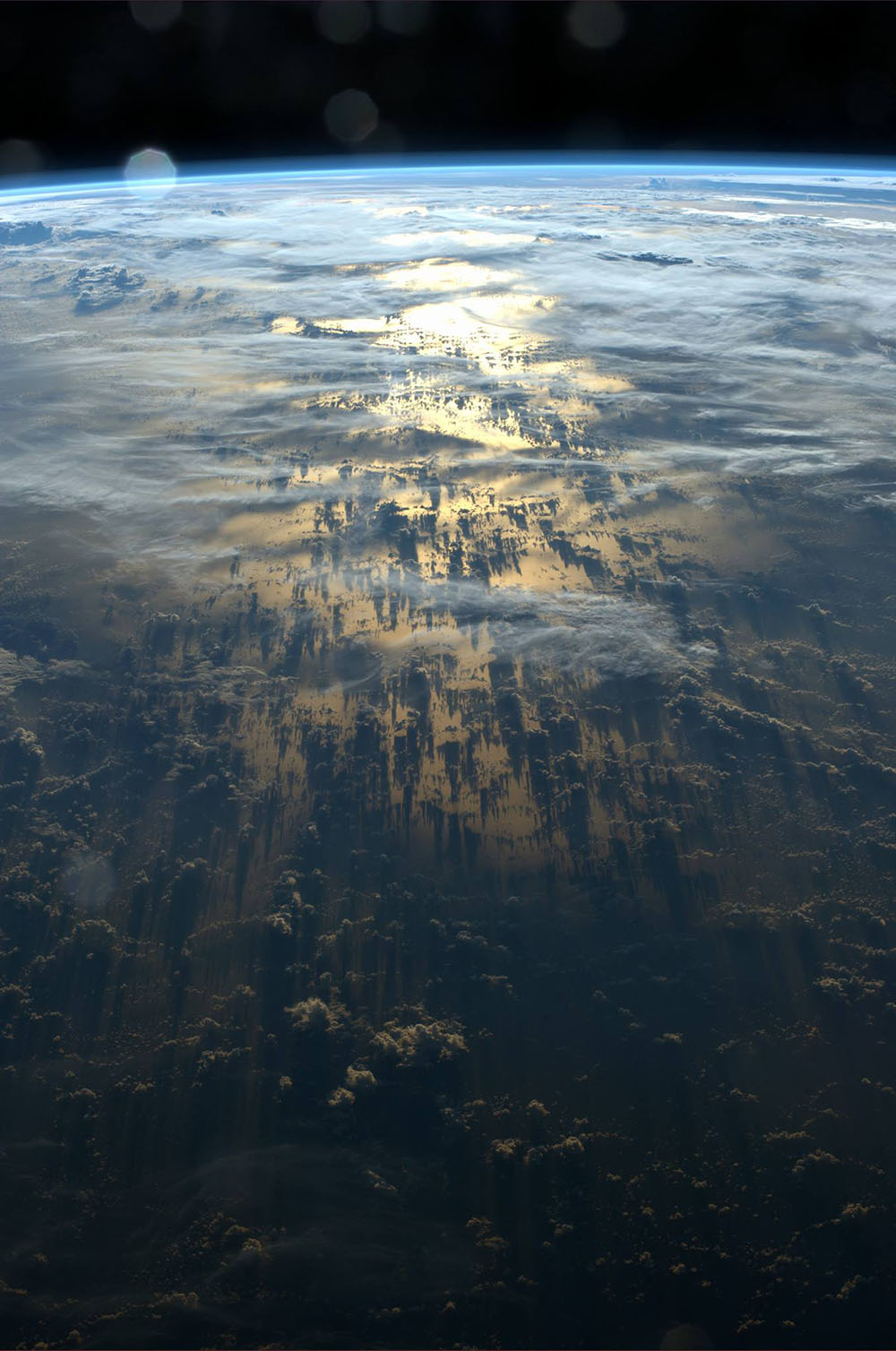