For at least a decade, Jack Long has paired his day job in advertising photography with a growing archive of personal projects that explore the energetic, dynamic qualities of liquid. His latest series centers on circular pools of water that splash outward, creating colorfully tiered layers that build up the dimension of a typically gravity-bound material. Although the liquid appears to be spraying outward after being punctured by an object dropped from above, it is actually gurgling upward from a custom-designed fountain. Long shares with Colossal that the machine took about two years to build and produces pools that reach about 30 inches in diameter, which he has to photograph within a fraction of a second to capture the perfectly concentric effect.

You can find more of Long’s hypnotic works on Behance, Instagram, and his site. 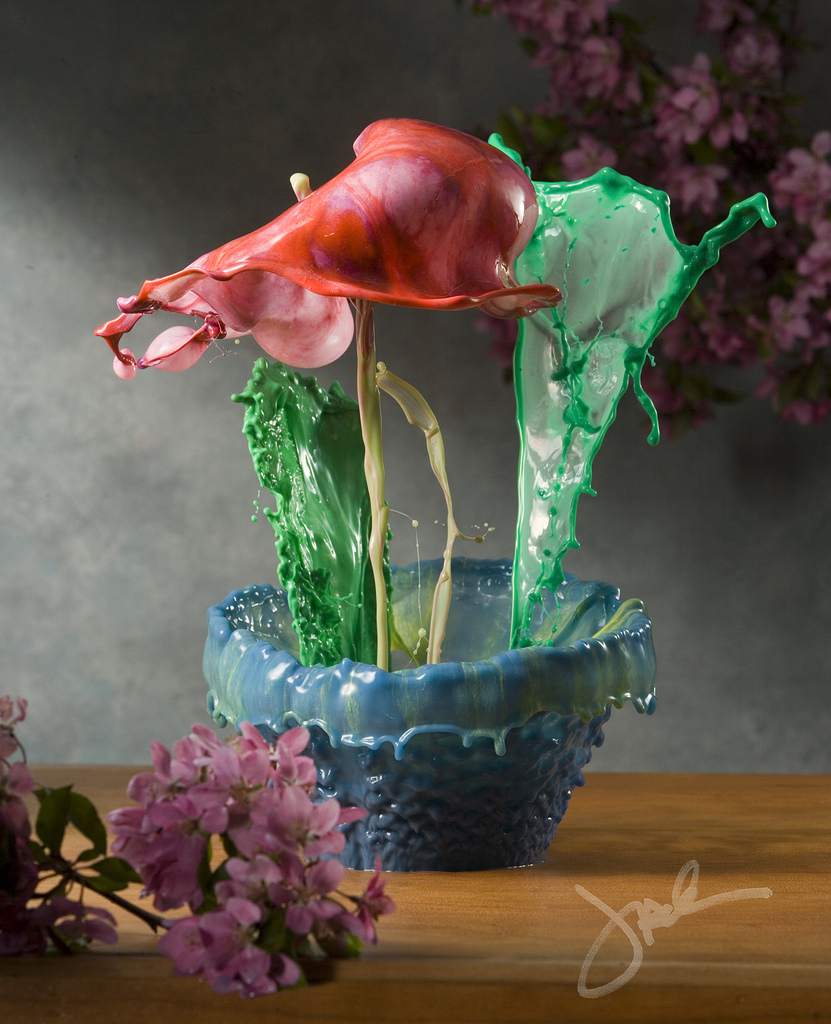 At a quick glance, these colorful photographs by Milwaukee-based photographer Jack Long might pass as some kind of strange exotic flowers, but a squint of the eyes later reveals they are actually high-speed photographs of colored water, captured in a way to mimic the shape of blooms, leaves, and even pots.

Each photograph from Long’s Vessels and Blooms series is captured in a stunningly precise take that took months of trial and error to perfect. Like a mad scientist, he creates cocktails of dyes, thickeners, and pigments for each component of the shot and then blasts them through a customized mechanism before snapping a perfectly timed capture. “This series was a culmination of months of planning and testing. Hundreds of captures are made in testing and then many more during the actual final capture stage. A very few stand out as being the best,” he says. You can see much more of his work on Flickr. 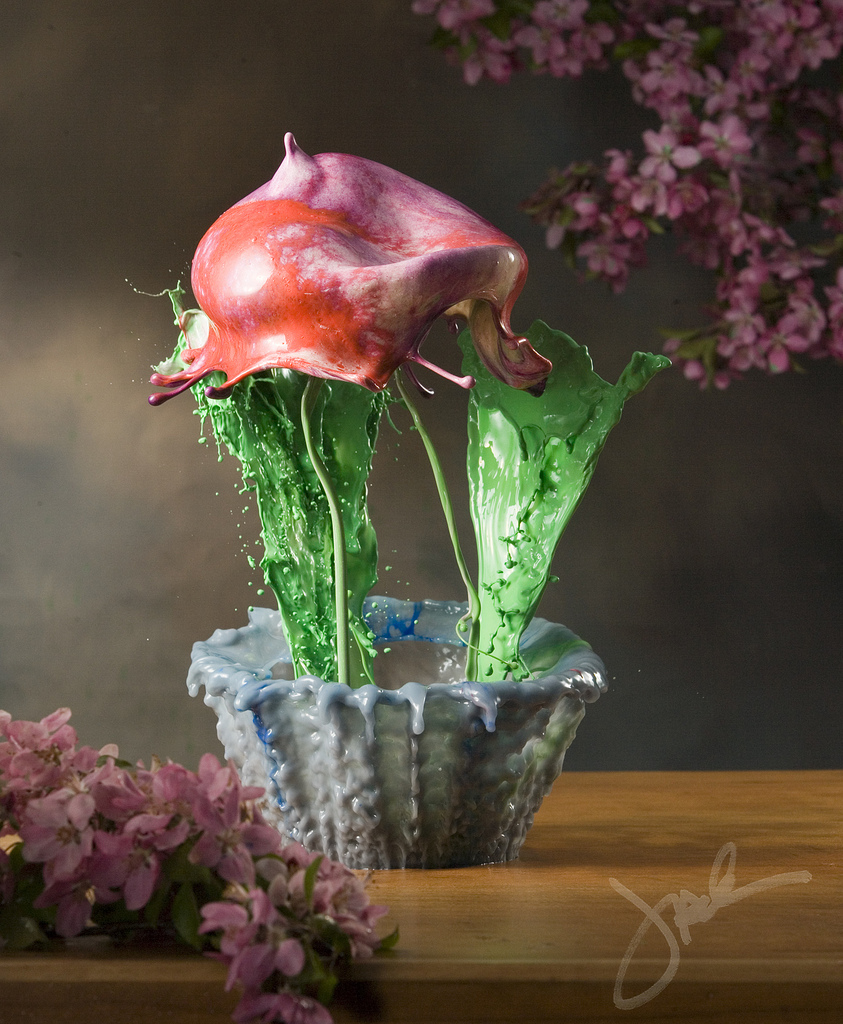