For many of us, the idea of flying a kite involves stopping by a convenience store to purchase an inexpensive plastic kite emblazoned with a movie character, and heading over to the local park to launch it into the sky where it’s promptly swallowed by a tree. But for residents living in the crowded favelas of Rio de Janeiro, where resources and park space is scarce, flying kites is do or die. People of all ages take to the rooftops to fight with homemade kites using strings coated with wax and powdered glass in an attempt to cut the strings of competitors. Entire battles are fought between neighboring “turfs,” where real life conflicts between people and neighborhoods are settled through kite wars. 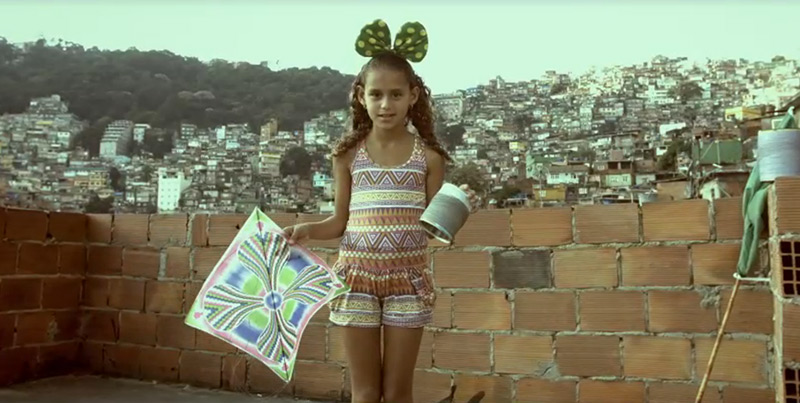 Installed by artist Jacob Hashimoto (previously) last fall at Rhona Hoffman Gallery, Gas Giant is a site-specific installation created from myriad paper kite structures. Known for his complex and seemingly weightless installations, Hashimoto’s artworks frequently involve numerous suspended components imprinted with or otherwise suggesting elements of nature, such as clouds, wind and water. This particular piece was just one of several artworks on view as part of his show “super-elastic collisions (origins, and distant derivations).” You can explore more photos here (use the scrolling gallery on top). All imagery courtesy the artist and Rhona Hoffman Gallery.