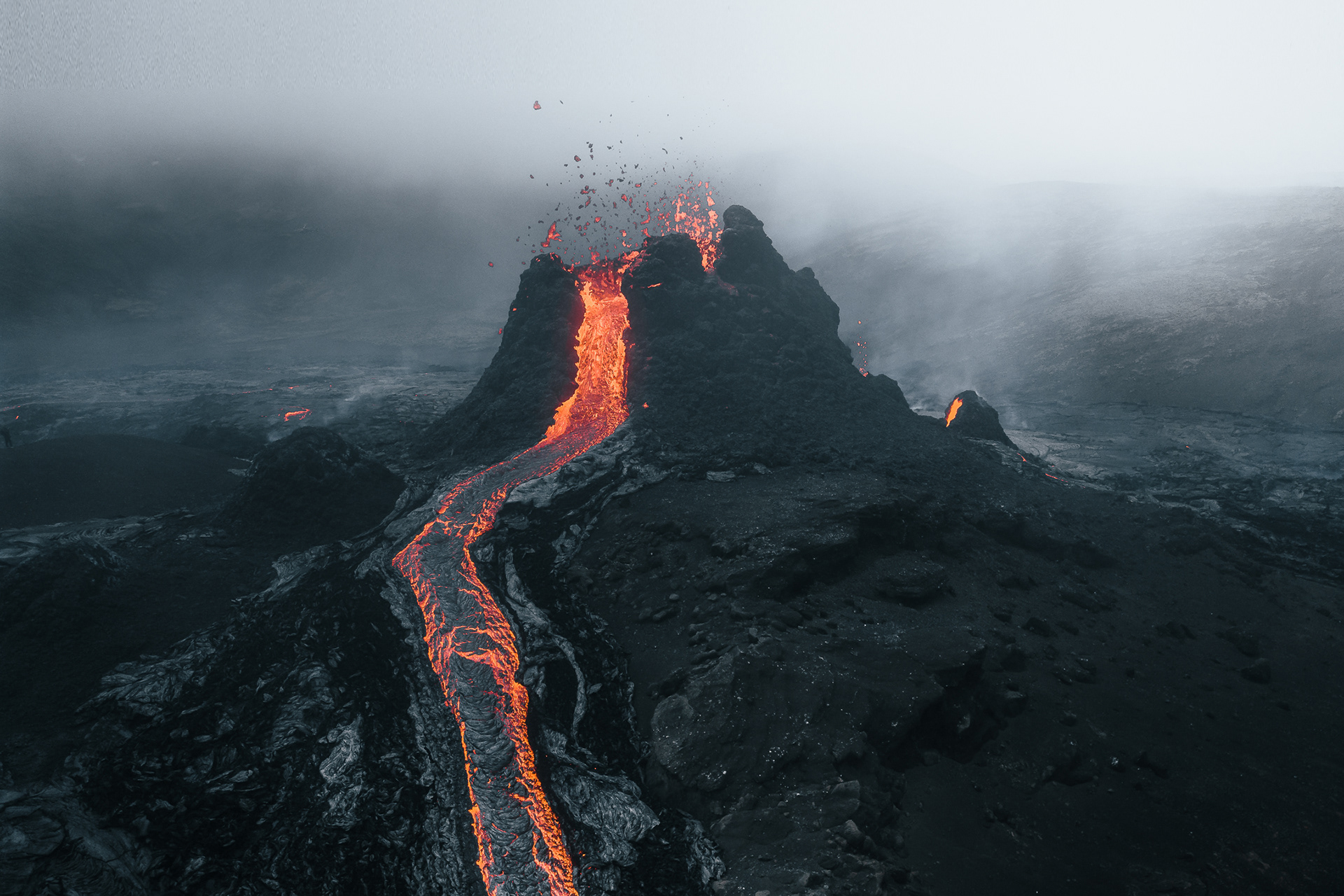 As part of the recent LLUÈRNIA festival of light and fire in Catalonia, collaborators David Oliva of SP25 Arquitectura and Anna Juncà of Atelier 4 created this spectacular flow of lava using common fortune teller origami figures. Over 10,000 folded pieces of paper were needed to create the work that was illuminated from underneath and further brought to life with smoke machines. Titled simply “Origami Lava,” the piece was affixed to an abandoned building in Olot, a town surrounded by dormant volcanoes. You can see more at SP25 Arquitectura. (via Colossal Submissions) Journey to the Center of the Earth: An Incredible Glimpse Inside an Active Volcano 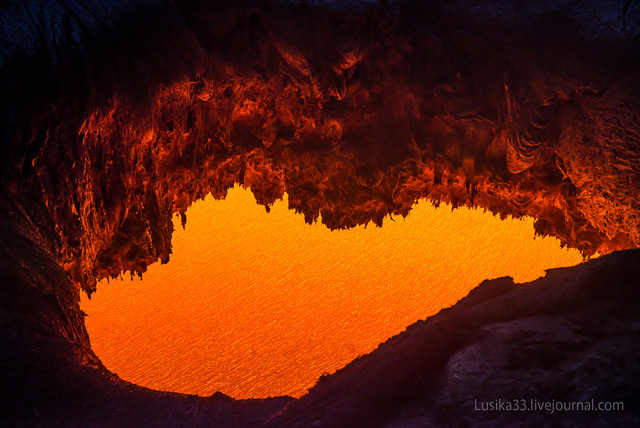 Two Kyrgyzstan-based photographers, Andrew and Luda, run a joint Live Journal account where they post amazing photos of outdoor scenery, wildlife, and recently: active volcanoes. Earlier this year the duo trekked to the Kamchatka Peninsula in Russia where the volcano complex known as Tolbachik was in active eruption. Among the numerous hellish vistas photographed by the team was this deep volcanic cave that offered a glimpse of what it might look like inside an active volcano. You can see dozens of shots from their trip organized into several sets here, not to mention the video above. (via ian brooks, my modern met)