A Spider Fixing a Leaf OK, so the spider isn’t fixing the leaf, but that doesn’t make it any less amazing (and no, it’s not Photoshop). Paris-based photographer Bertrand Kulik stumbled onto this tiny spider who managed to construct its web inside a leaf with a giant hole and snapped these photos at just the right angle. (thnx, Alex!)

Remarkable Macro Photograph of a Hummingbird by Chris Morgan Photographer Chris Morgan snapped these great macro shots of hummingbirds in 2011 at Bosque De Paz, a 3,000 acre privately-owned biological reserve in the middle of Costa Rica. The top photo is a Green-Crowned Brilliant, a bird that only grows to a length of 13cm and is not known for its ability to sit for portraits. You can see more of Morgan’s bird photos here. (via Lost at E Minor) 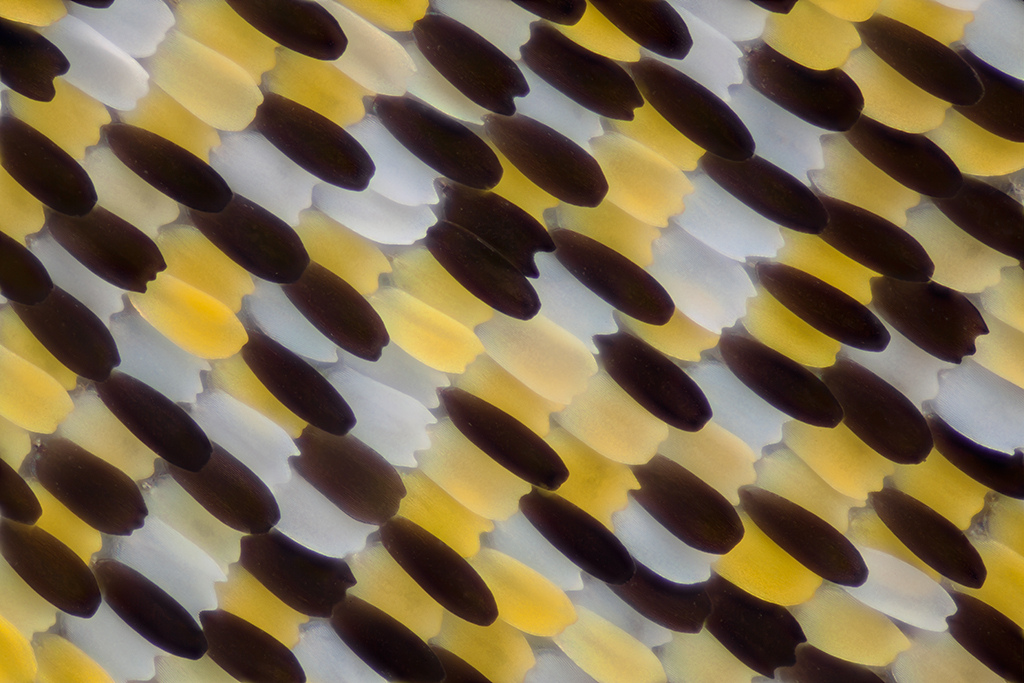 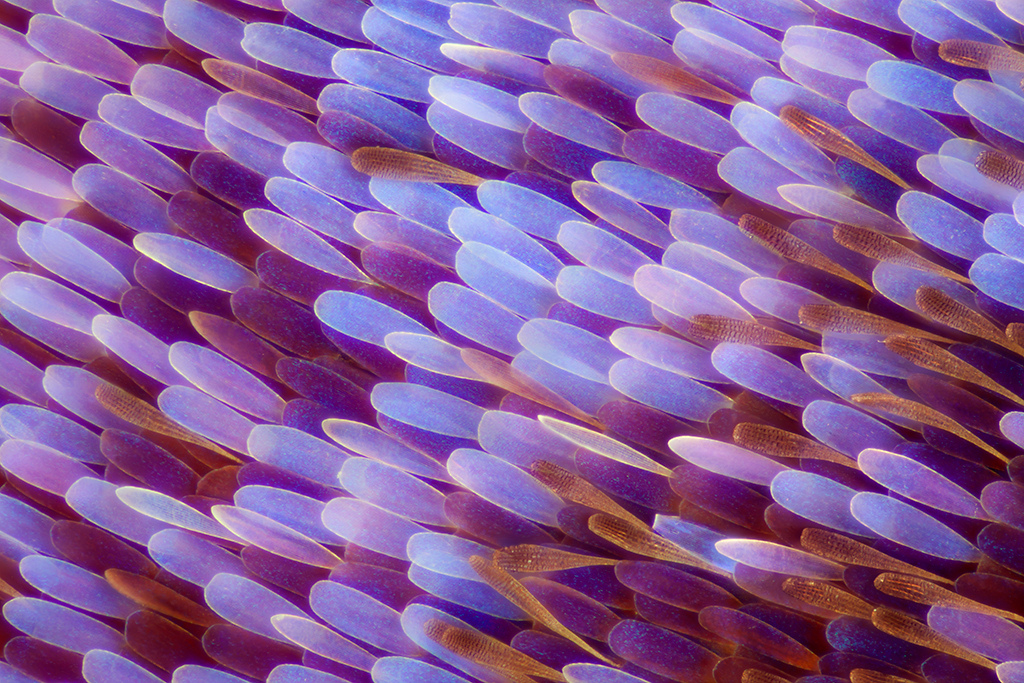 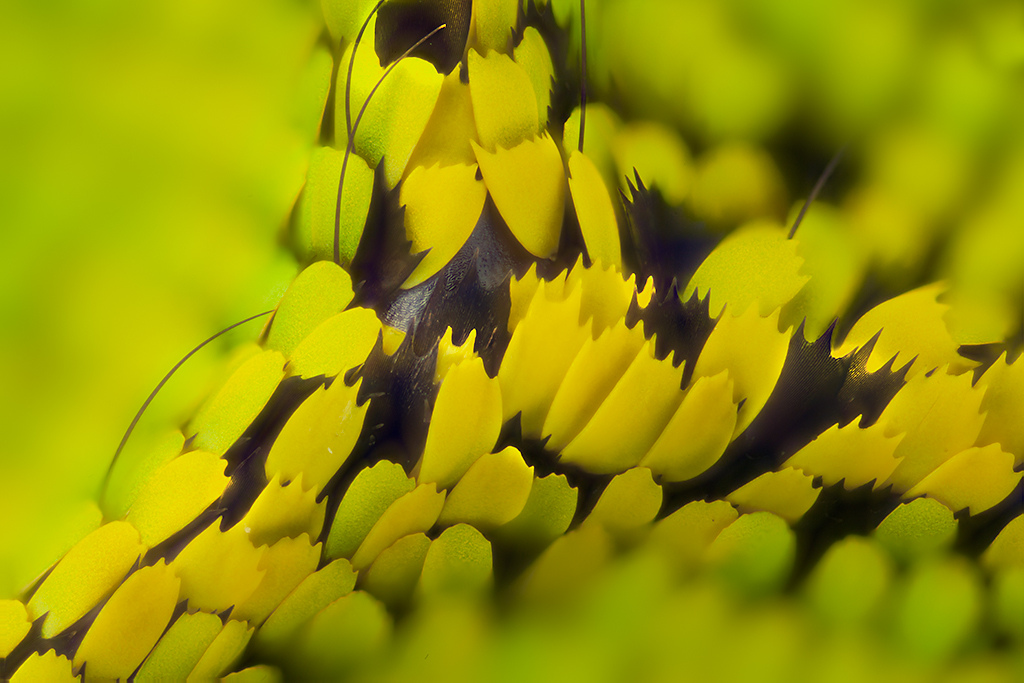 A biochemist by training, photographer Linden Gledhill is fascinated by the beauty of infinitesimally small aspects of nature and science, from capturing the flight of insects to exploring the beauty of magnetic ferrofluid. Among his most jaw-dropping images are macro photographs of butterfly wings that reveal complex patterns that look like perfectly organized flower petals. These tiny protrusions are actually scales, similar to what you would find on reptile, though extremely small and fragile. Gledhill’s photography recently inspired an episode of Smarter Every Day where Destin Sandlin learns how to shoot similar photos. (via awkwardsituationist.tumblr.com)

The Essence of Sound: Lycopodium Powder on a Subwoofer

In her second experimental clip exploring the effect of sound waves on lycopodium powder, filmmaker Susie Sie just released this new promotional video for high-end audio system manufacturer Burkhardtsmaier. The super fine (and super flammable) powder made of clubmoss spores creates fascinating patterns and forms as it vibrates due to a subwoofer positioned just below the surface. If you liked this you’ll also like her previous short Cymatics. 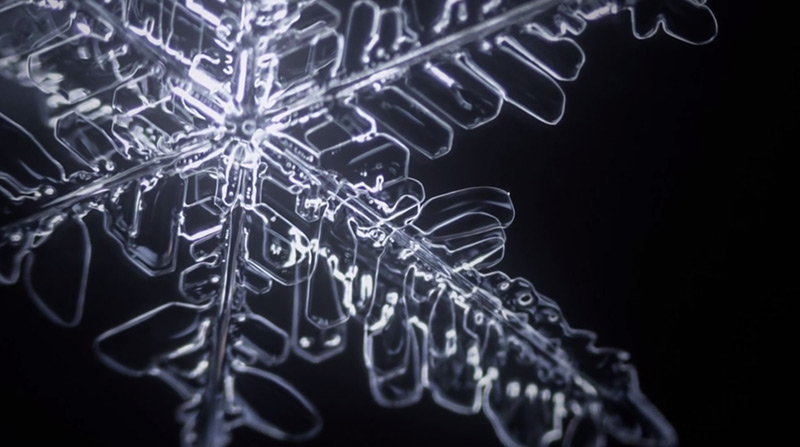