A new kit asks users to test their design abilities by constructing complex obstacle courses with a goal of having a marble fall seamlessly into its final destination. Created by MakeWay, the build-able set features eight different tracks, twelve tricks (which include a canon, universal joint, and spinner), a lift, and connectors to attach each component to a magnetic surface. The adjustable designs are supposed to be used vertically, causing the marble to be launched, spun, and catapulted down the tracks. Each kit is available in either gold or silver.

MakeWay is headed by Reuven Shahar and Elyasaf Shweka, two industrial designers with backgrounds in engineering and woodworking, respectively. Conceived of in 2016, the project opened on Kickstarter earlier this month and has been wildly popular, meeting its $10,000 goal within the first day and surpassing it tenfold since with more than 50 days to go. Head to MakeWay’s page to back the modular kit. 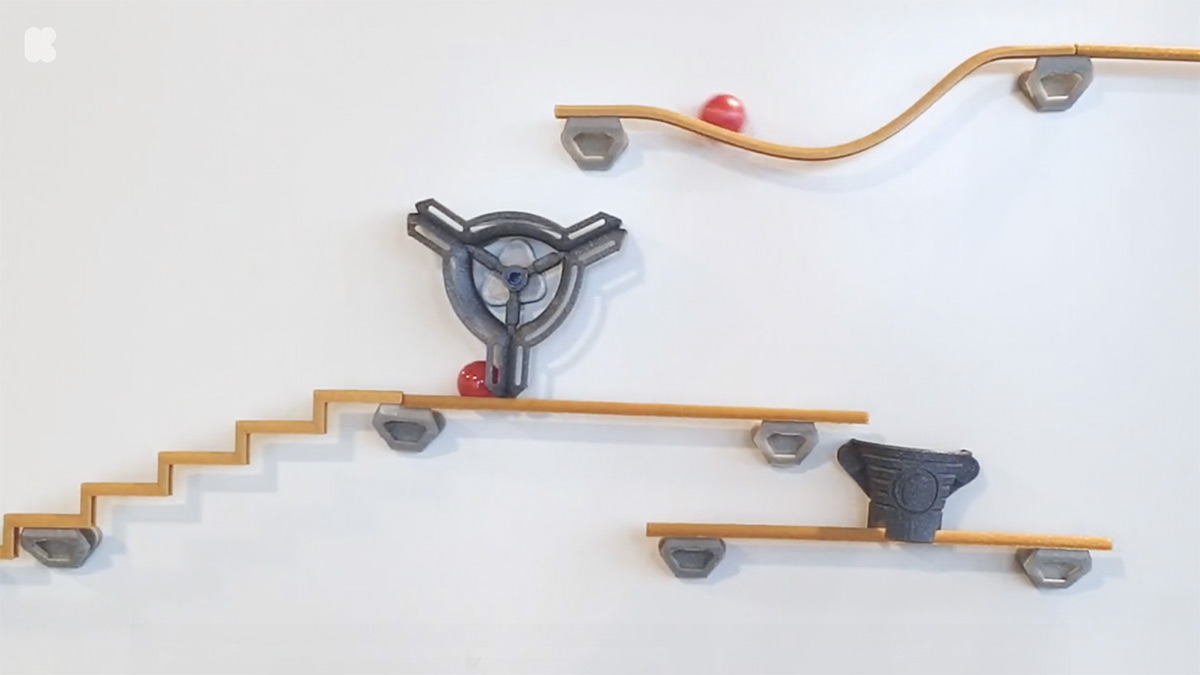