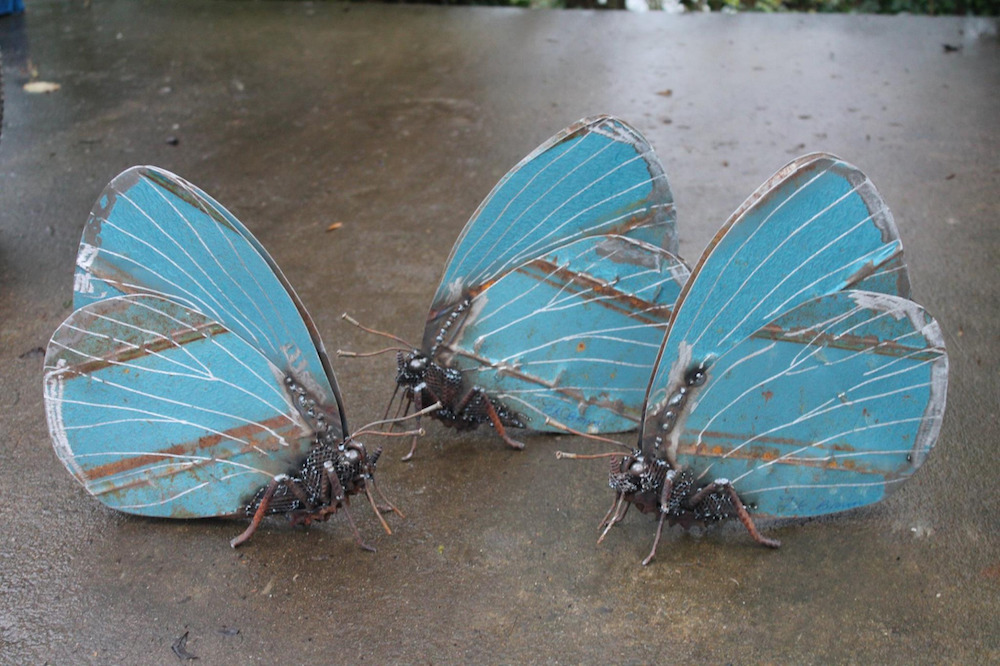 Gathering spare pieces of metal, John Brown assembles his findings into sculptures of colorful butterflies, insects, and birds. Although the assemblages are formed from salvaged materials like nails and bicycle chains, the pieces somehow remain delicate, wings appearing just as thin as a butterfly’s own. After welding each piece together, Brown finishes the sculpture by painting the wings with oil paint, accurately copying the markings of specific species such as the Holly Blue and Red Admiral butterflies.

The Wales-based sculptor has lived in the rural west of his country for the past eight years, inspired by the fauna-rich valleys that compose the region. You can see more of his metal insects and other welded figures on his Facebook and Etsy page. (via Lustik) 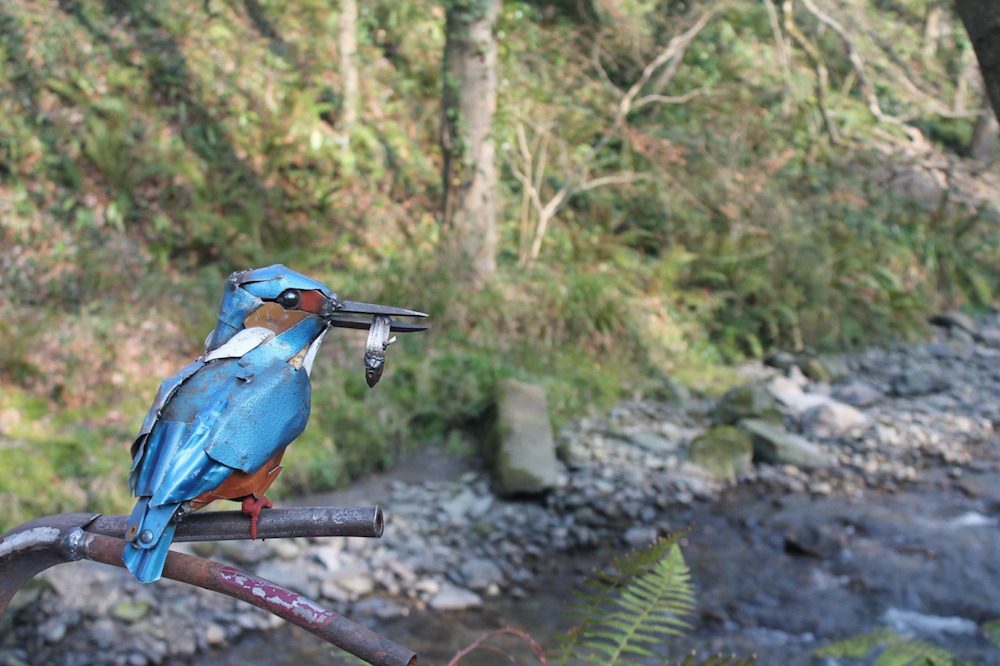 For Scott Raabe, his craft lies is in the very fine details—the intersection between pipes and other cuts of metal one might typically glance over without a second thought. It’s in these fine crevices that Raabe welds layered patterns, using his seven years of expertise to create interlocking designs that seem to glow a metallic rainbow sheen after being welded. For the layperson, typical welding this is not.

Raabe started out as a small parts and custom welder for a production company after graduating from Texas State Technical College. In addition to creating unique patterns during his day job as a pipe fitter and welder, he also creates more elaborate commissions including large roses and butterflies on his site Clean Cut Metal Works. You can see more of Raabe’s work on his Instagram. (via Twisted Sifter)