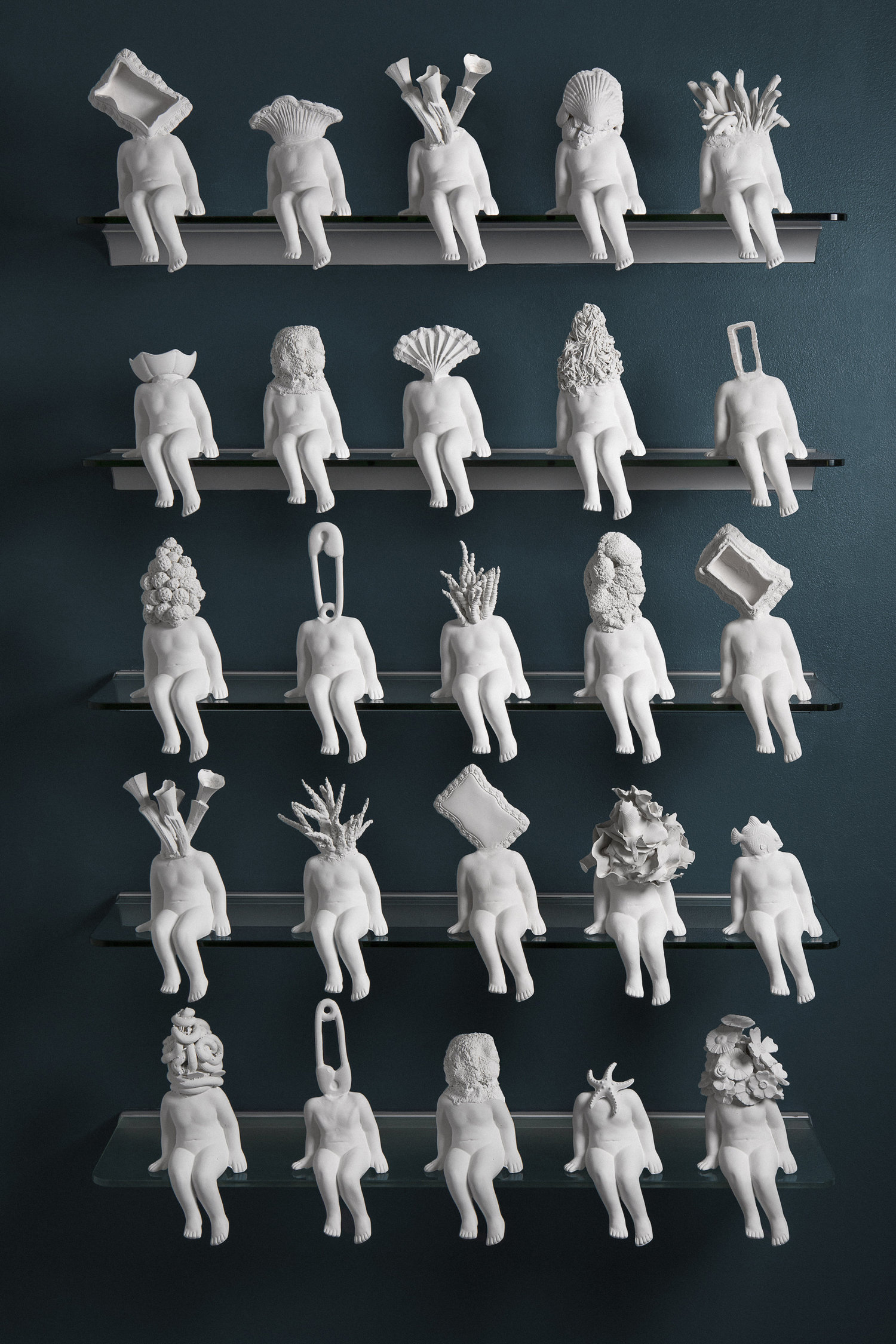 Based in Miami, artist Morel Doucet imbues his surreal artworks with a reminder that the natural world is ripe with entanglements. Often monochromatic, the slip-cast and hand-built porcelain pieces merge flora and fauna into dense amalgamations: a series of naked figures sit with coral, safety pins, and starfish as heads, while other assemblages feature a singular arm or pair of legs jutting out from a mass of sea creatures.

Doucet not only considers how humans are damaging the environment but also who is most likely to suffer in the process. In the series White Noise: When Raindrop Whispers and Moonlight Screams in Silence, he responds to the impacts of the climate crisis and ecological disaster on communities of color in the Miami area. “The beaches are eroding into the sea, coral reefs are turning bleach white, and residents wait tentatively for seawater rise. Everywhere you look Miami is undergoing drastic infrastructure changes trying to gear up for a losing battle against land and sea,” he shares with Colossal. “I believe these communities will experience the greatest climate exodus within our modern times.”

Doucet’s recent endeavors include an upcoming series called Water grieves in the six shades of death that will respond to climate-gentrification and its impact on communities with lower incomes.  Follow the artist’s sculptural considerations on Instagram. (via The Jealous Curator) “When all the gold fell from the sun (Fall from Grace)” (2019), slip-cast porcelain ceramics