Ceramic artist Cecil Kemperink creates delicate chain sheets using hundreds of interconnected ceramic loops. The chains are then draped in piles, forming malleable sculptures that are simultaneously hulking and fragile. Kemperink generally uses a minimal color palette, highlighting the natural tone of the clay while using subtle ombrés to accentuate the multiple parts within each finished work. With a multi-faceted background in dance and fashion, “her sculptures show the connection between her various passions. She investigates ‘space’ and plays with rhythm, form, movement, energy and sound,” according to a statement on Kemperink’s website. The Dutch artist’s most recent solo exhibition, which closes on September 29, 2019, is at Musea della Ceramica in Mondovi, Italy. See more of Kemperink’s work on her website and Instagram, where she often shares videos of in-progress work and records the transfixing sounds of her sculptures in motion. Experimental filmmaker and motion graphics artist Dirk Koy (previously) creates dizzying short films that upend viewers’ expectations of focus and perspective. In one, a high diver seems to remain static while the sky-filled frame twists and spins around him; in another, a building appears to be demolished and constructed with the simple drag of a computer cursor. Koy lives and works in Basel, where he graduated from the Academy of Art and Design. In addition to his own projects and commissions, Koy is also a lecturer on time-based media at the Academy. You can explore more of his unusual videos on Instagram and Vimeo.

Here’s a lovely bit of experimental visual goodness from Swedish motion designer Anton Woll Söder in collaboration with CypherAudio. Söder shares that the animation began as an exercise to learn more about VFX software Houdini and slowly evolved into the clip you see here. In recent years, the rapid evolution of PCs and the development of software like Houdini and Cinema 4D has created new possibilities for intricate particle-based animations. Prime examples include clips seen previously on Colossal like Cycle and the dance piece from the AICP Awards. You can see more of Söder’s visual effects work on Behance. (via Vimeo Staff Picks) 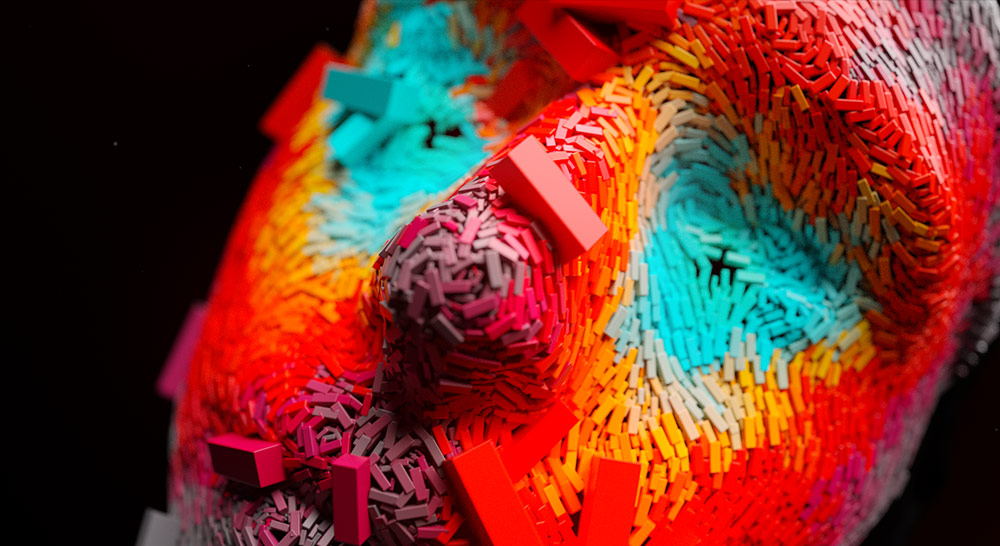