Mural in Boras, image via PichiAvo

Although PichiAvo (previously here and here) have continued to focus on their signature style of classic Greek gods and mythology intermixed with graffiti writing, their works have now migrated off the wall and onto the canvas. The duo still produces stories-high murals, like the two they contributed to the Puerto Street Art Festival in late 2015, but have also begun to incorporate their work into a gallery setting. This past December they presented two acrylic and aerosol canvases at SCOPE art fair with C.A.V.E. Gallery, each appearing like a cross-section of one of their larger wall murals.

The two are also in a group exhibition titled “Rough Cast” currently at Colab Gallery in Germany through May 7, 2016. You can see more of PichiAvo’s murals from across the world on their Instagram. 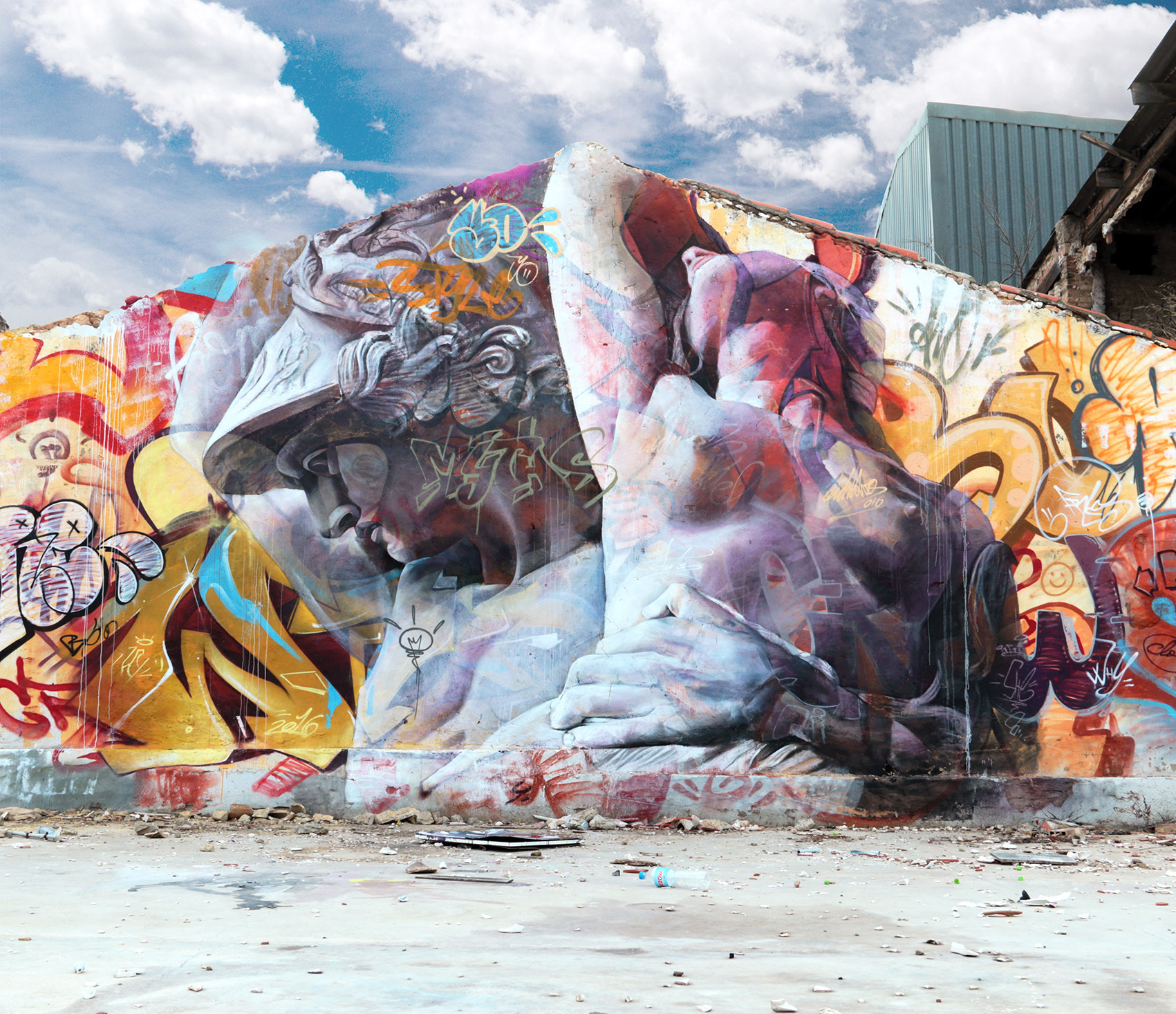 Close up of “Urban Warrior” at the Puerto Street Art Festival in Puerto de la Cruz, image via PichiAvo Kingdom most recently exhibited at bG Gallery in Santa Monica and at a Feminist Fiber Art Exhibition. You can see some available artworks in her online shop. (via Beautiful/Decay) Since first collaborating in 2007, Spanish street art duo PichiAvo (previously) have created an intriguing blend of traditional graffiti and renderings of mythological figures influenced by ancient Greek sculpture. The precision, shading, and use of color is all that more impressive considering each piece is painted only with spray paint. PichiAvo open their first exhibition in Italy titled Urban IconoMythology later this week at Basement Project Room. You can see more of their work here.