Following the discovery of an enormous lounging cat in 2020, archaeologists have uncovered hundreds of additional geoglyphs on the Nazca Lines site in Peru. A team from Yamagata University has spent nearly a decade at the location 250 miles south of Lima, and a field study between June 2019 and February 2020 unveiled 168 previously hidden works. Spotted in aerial photos captured by drones, the drawings feature myriad creatures like birds, snakes, orcas, and people likely created between 100 B.C. and 300 A.D.

Researchers believe there are two types of geoglyphs on the Nazca Pampa, a linear and relief, although only five documented during this mission are linear. Prehistoric populations created the works by removing darker stones from the earth’s surface to reveal the lighter sand below, and the renderings are thought to be part of spiritual, astronomical rituals. Spreading across 170 square miles, the Nazca lines vary in size, although most are smaller than 30 feet in diameter.

Archaeologists have spotted 358 geoglyphs at the UNESCO World Heritage site so far, which is currently being studied to see how the works are distributed across the area. (via ArtNet) 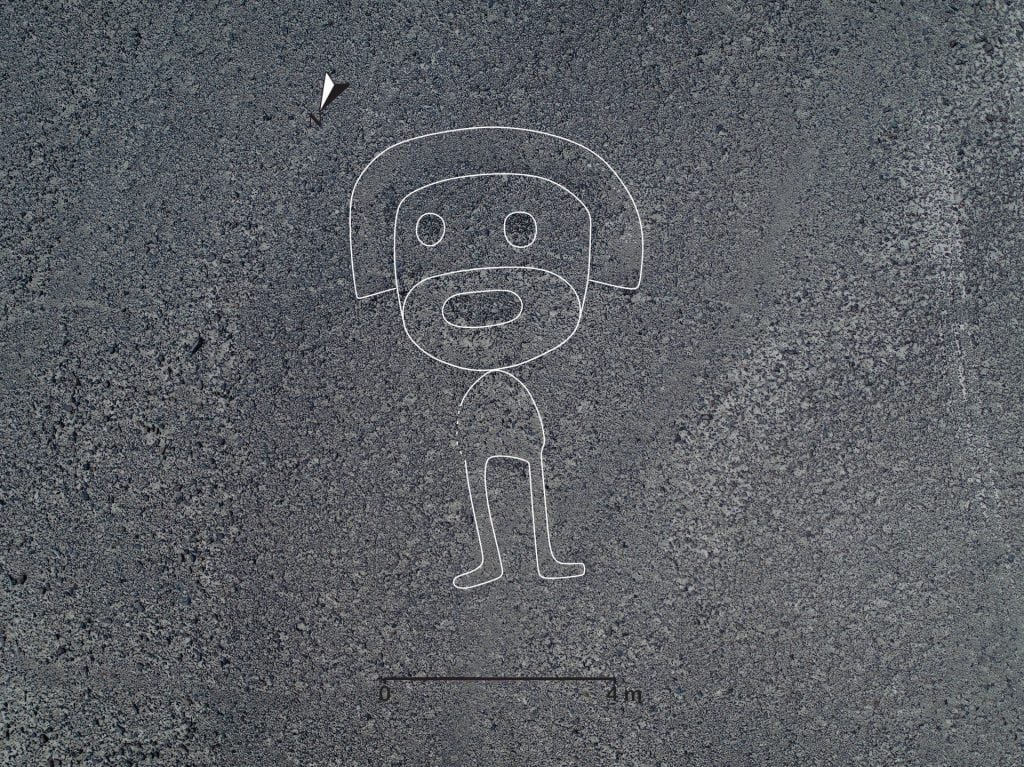