England has long been a haven for rich woodlands of oak, birch, hazel, and pine, chronicled in famous stories like Robin Hood’s Sherwood Forest or the real-life 11th century king William the Conqueror, who established a “Forest Law” that claimed woodlands as hunting grounds for kings. In the 19th and 20th centuries, native forests were increasingly transformed into pasture for grazing livestock, replaced with modern developments, or re-planted with commercial timber. The remarkable atmosphere of Dartmoor’s forests are captured by Devon-based photographer Neil Burnell (previously), who focuses on the mystical, otherworldly environments through all four seasons.

Burnell was inspired as a child by a visit to Wistman’s Wood, a remote, upland area of old, gnarled oak. “Little was I to know the lasting impression this would leave me with as a young lad, as I find myself re-imagining how I felt, and how I could spread this awe and wonder through my passion for photography,” he explains. Although Dartmoor National Park currently advises that visitors avoid walking through Wistman’s Wood to allow it to heal from damage caused during lockdowns, Burnell’s images offer a glimpse of moss-coated limbs and fern-covered forest floors that seem to freeze time. He also visits dense stands of conifers, with canopies that create dreamlike effects as they block the sunlight from reaching the ground below.

Burnell often teaches workshops around South West England that focus on nature and landscape photography, which you can learn more about on his website. You can also find more of his work on Behance. 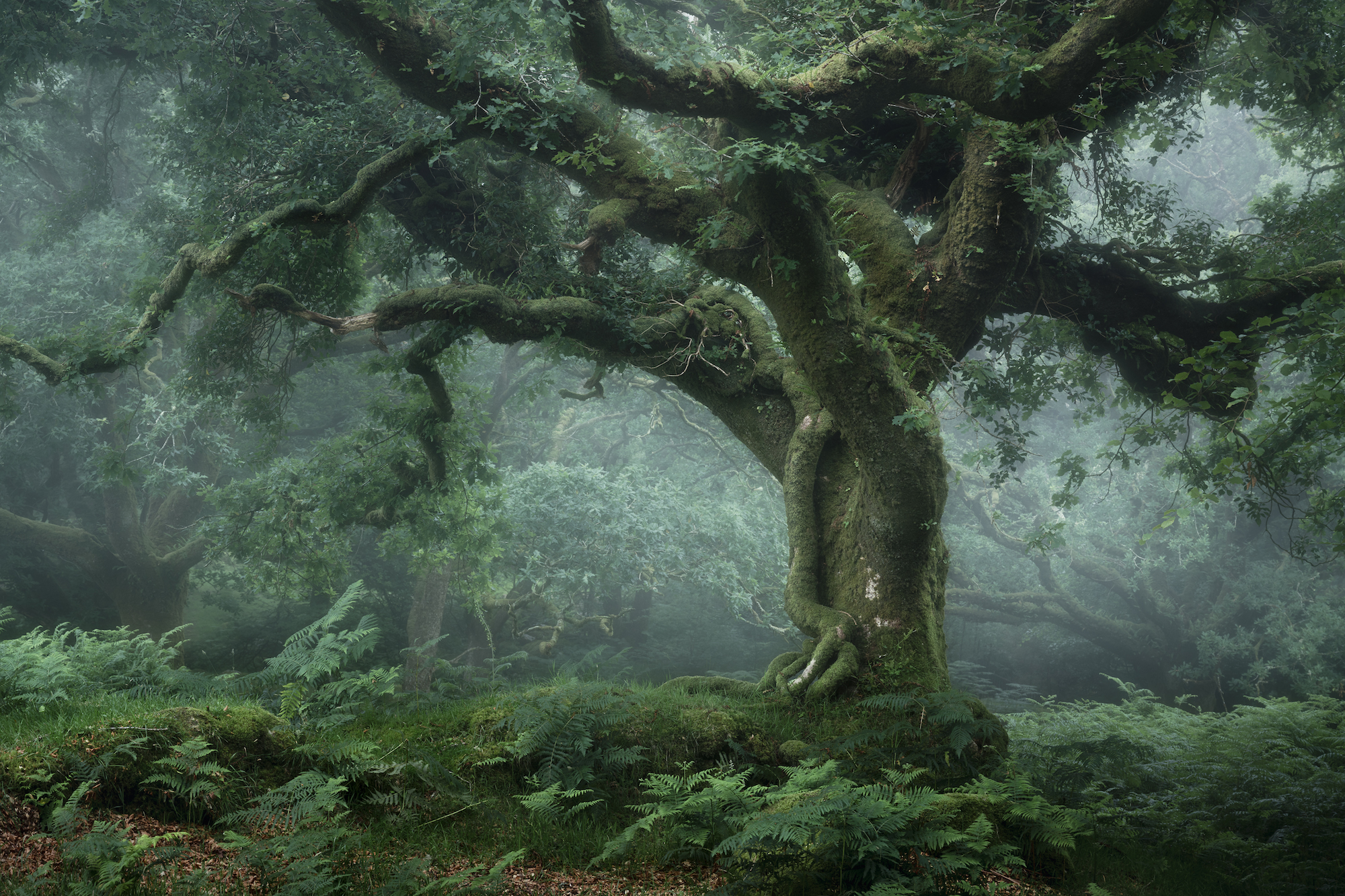 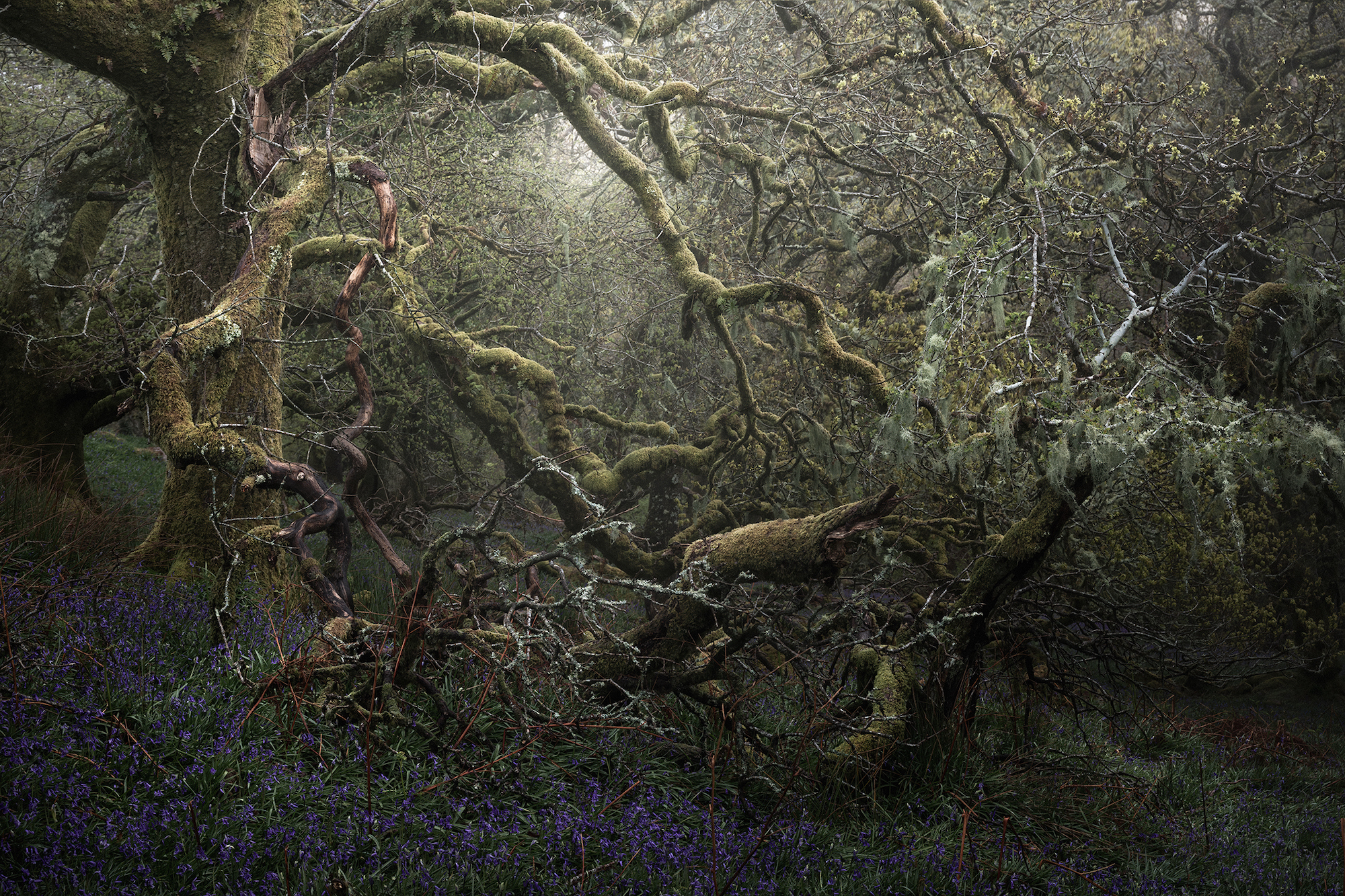 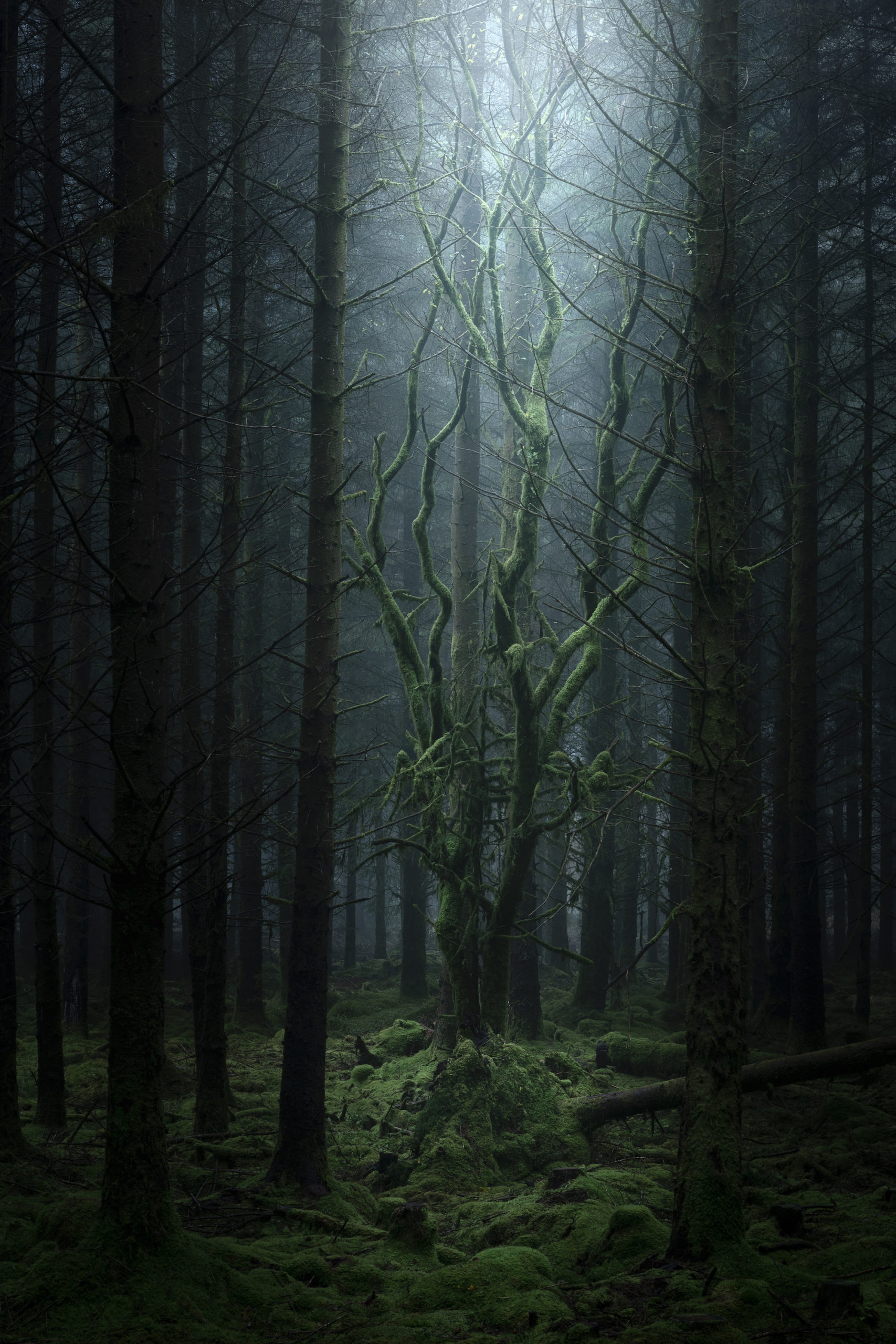 British photographer Neil Burnell captures striking environments void of human subjects, often traveling to remote areas far outside of civilization. His ongoing series Mystical takes a look at the fairytale-like atmosphere created by the thick fog, gnarled trees, and moss-covered stones of Wistman’s Wood in Dartmoor, Devon, England. This particular wood has long been the subject of folklore and myth, with many writers describing it as the most haunted location in Dartmoor.

Despite the supernatural tales, Burnell is attracted to the atmosphere and photographic challenge of the English forest, and often visits the site at “blue hour” or the hour before the sun rises in the morning. “I have probably visited the woodland around 20 times in the last year, but unfortunately it has only had the required mist on two occasions,” Burnell explains to Colossal. “Photographing it without the mist/fog is a hard task and almost impossible to make images with the atmosphere I am looking for.”

Burnell continues to travel to Wistman’s Wood to seek the right environmental factors for a perfect image. You can follow his photographic adventures on his website and Instagram. 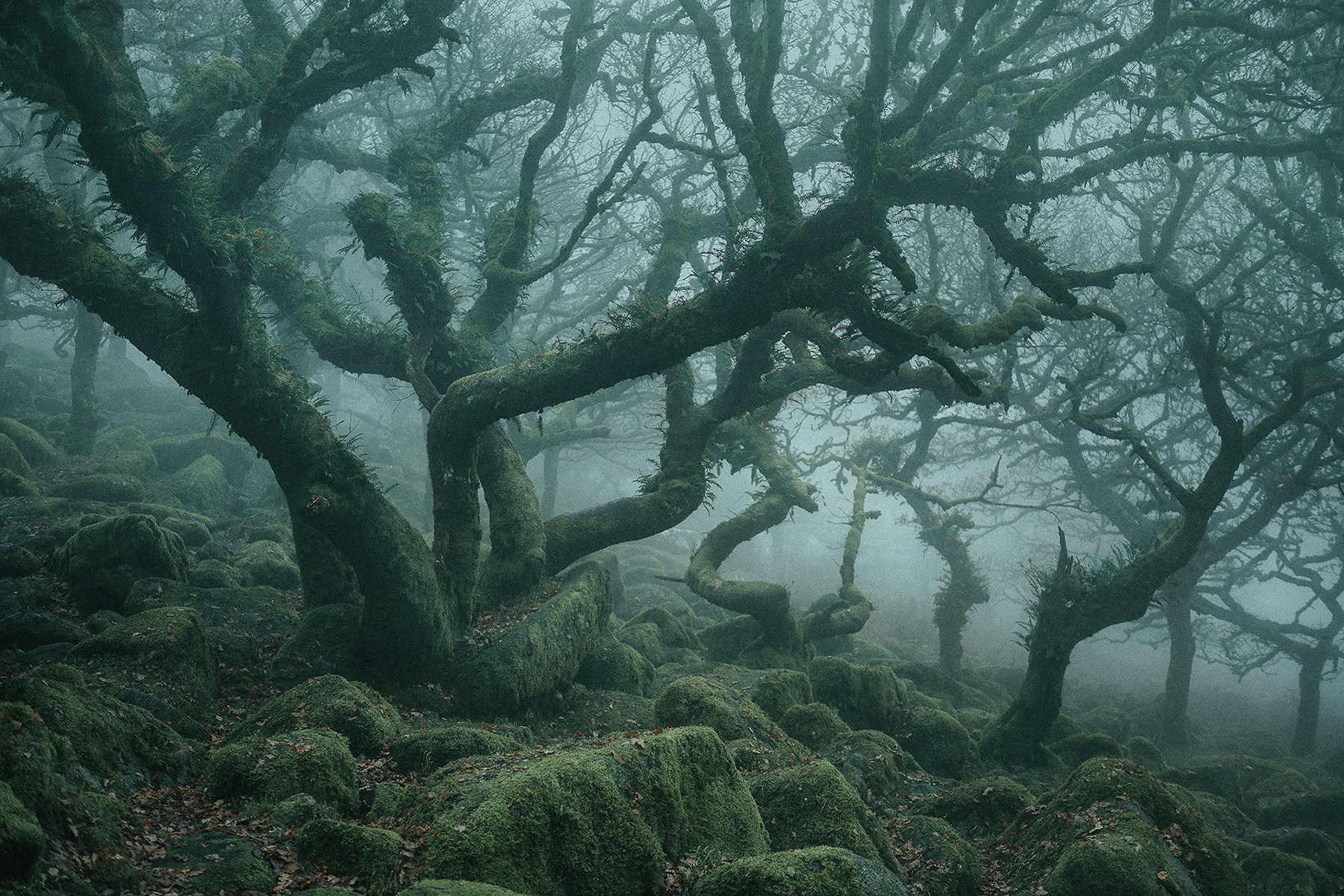