In the hands of Helen Burgess, goofy grins, bloated bellies, and eyes wide with surprise turn endangered or overlooked animals into endearing creatures with playfully exaggerated emotions. The British ceramicist, who works as nosey mungo (previously), sculpts quirky renditions of wildlife and other critters—she prefers to focus on conservation issues and species struggling to survive— crafting kooky pufferfish covered in spikes and chicks with tiny beaks poking out from their downy, yellow bodies.

Currently, Burgess is working on a collection of marine wall hangings, and you can follow her progress, along with shop updates and glimpses into her process, on Instagram. 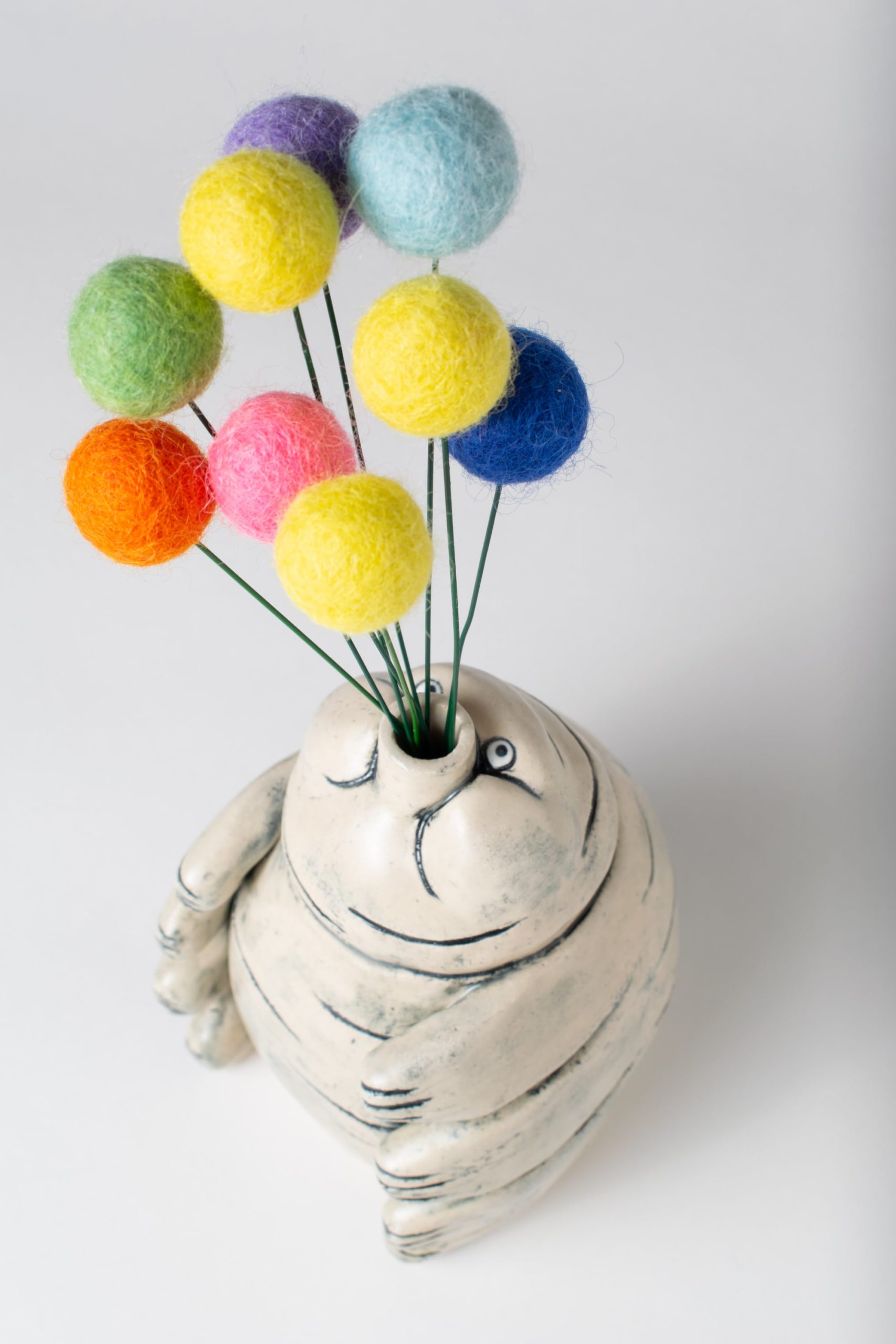 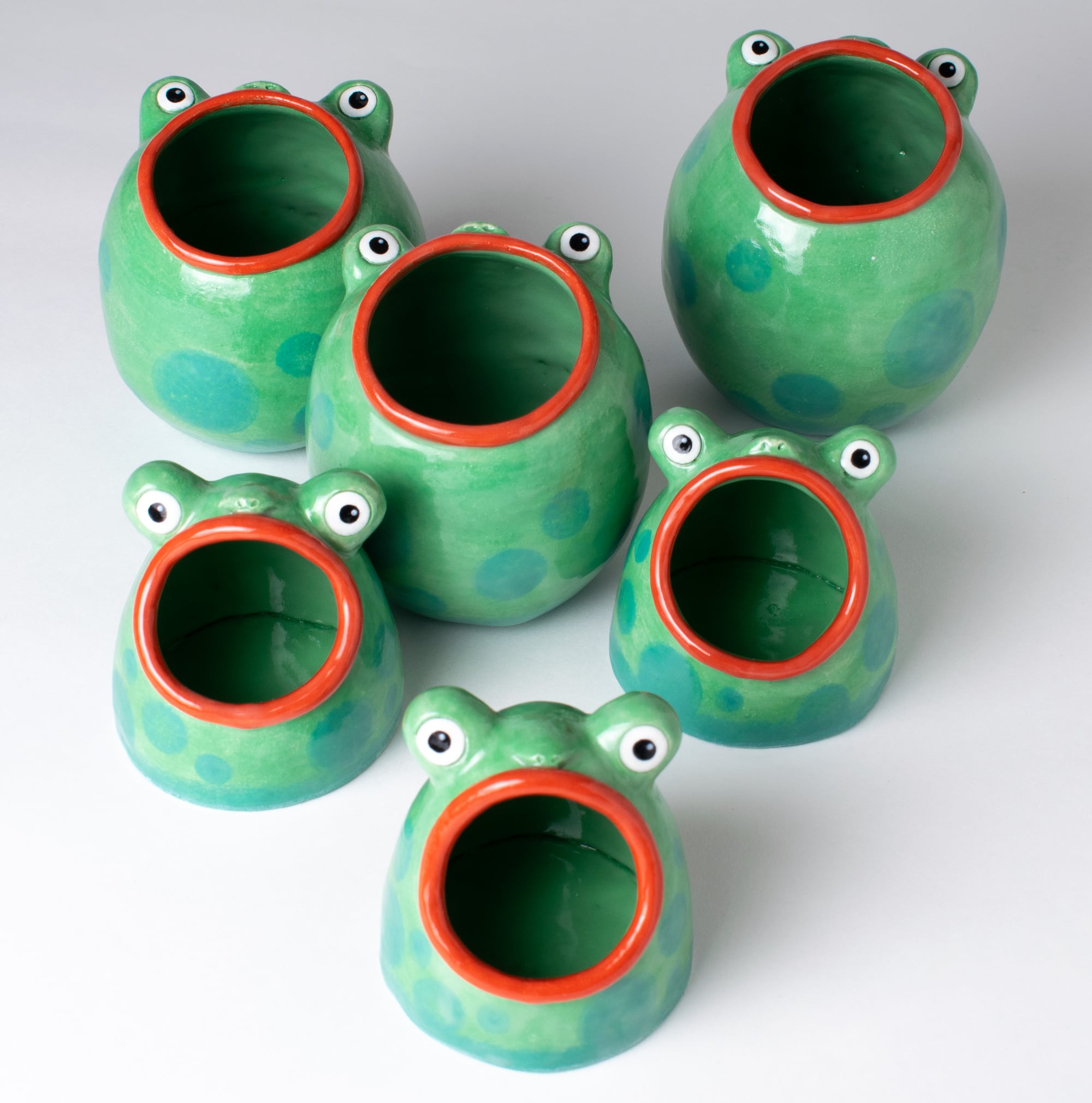 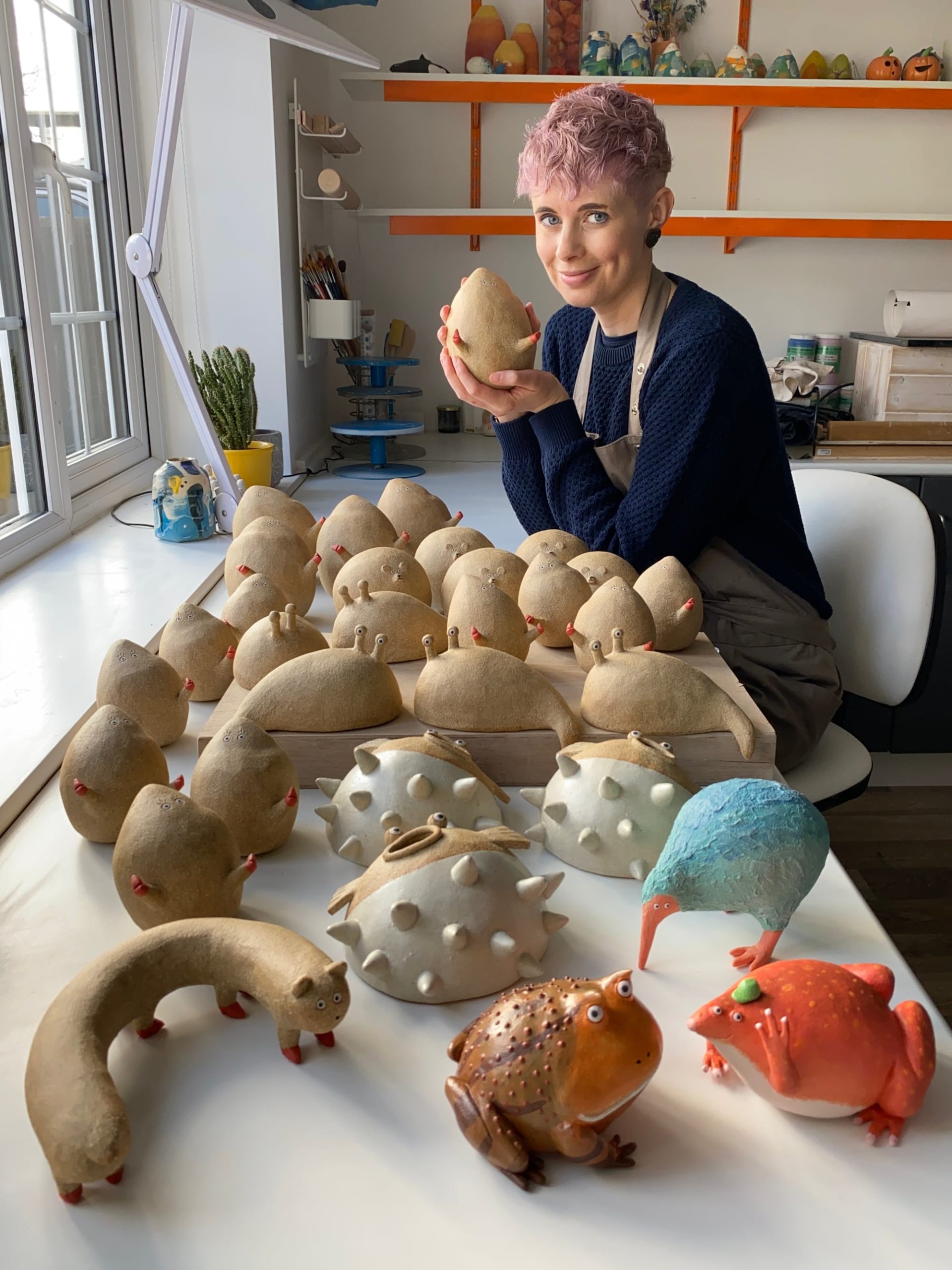 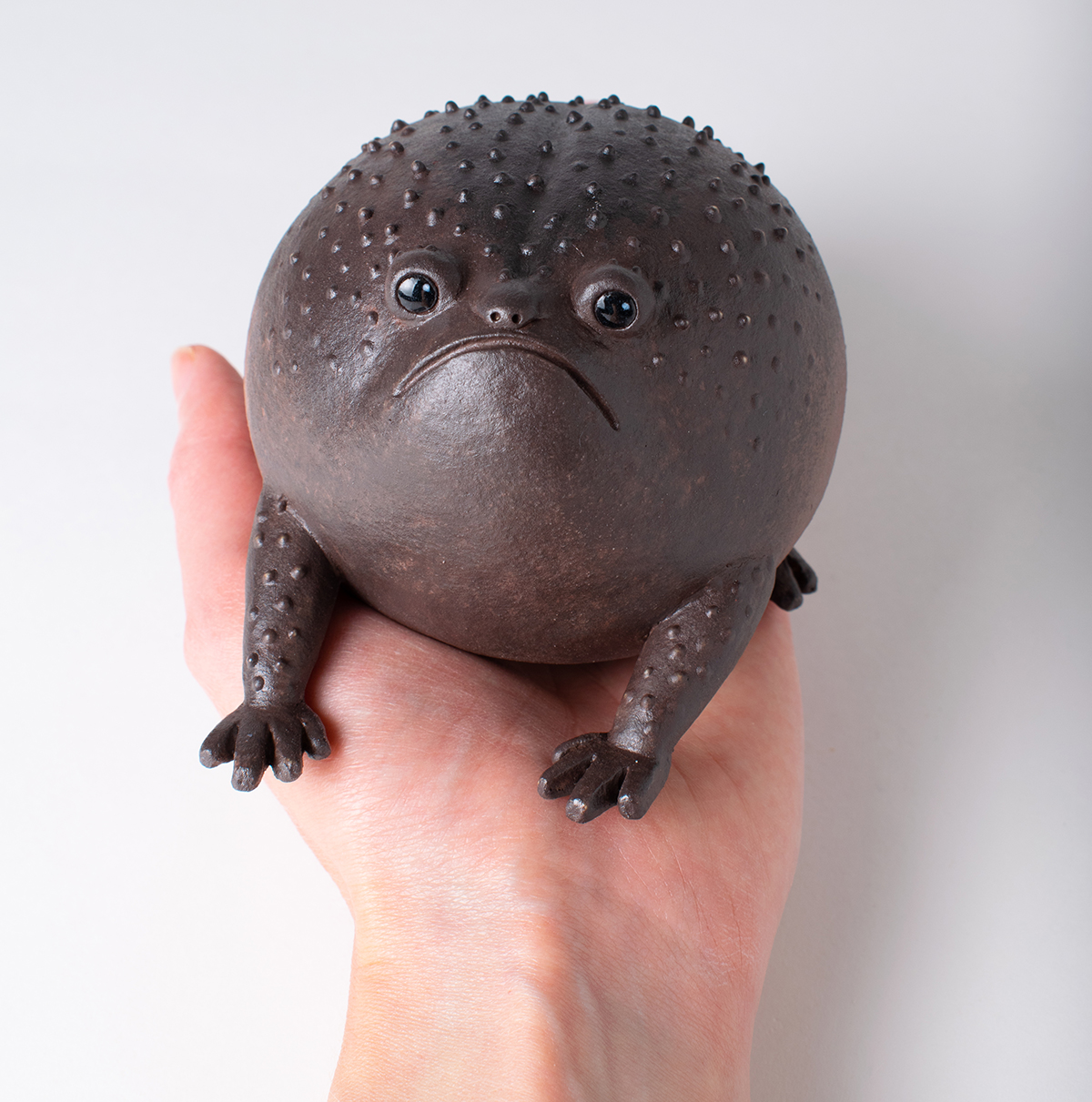 Helen Burgess, who works under the moniker nosey mungo, crafts a playful troupe of characters with endlessly diverse expressions: there’s a flock of startled chickens, a bulging rain frog sporting a dramatic frown, and a whale duo grinning with contentment. Imbued with a bit of whimsy, Burgess’s clay creatures are derived from their real-life counterparts. The ceramicist skims encyclopedias to find lesser-known animals to sculpt, sometimes focusing on endangered species in order to raise awareness. Living and working near Brighton, Burgess creates the adorable critters in small batches, which she shares on Instagram. 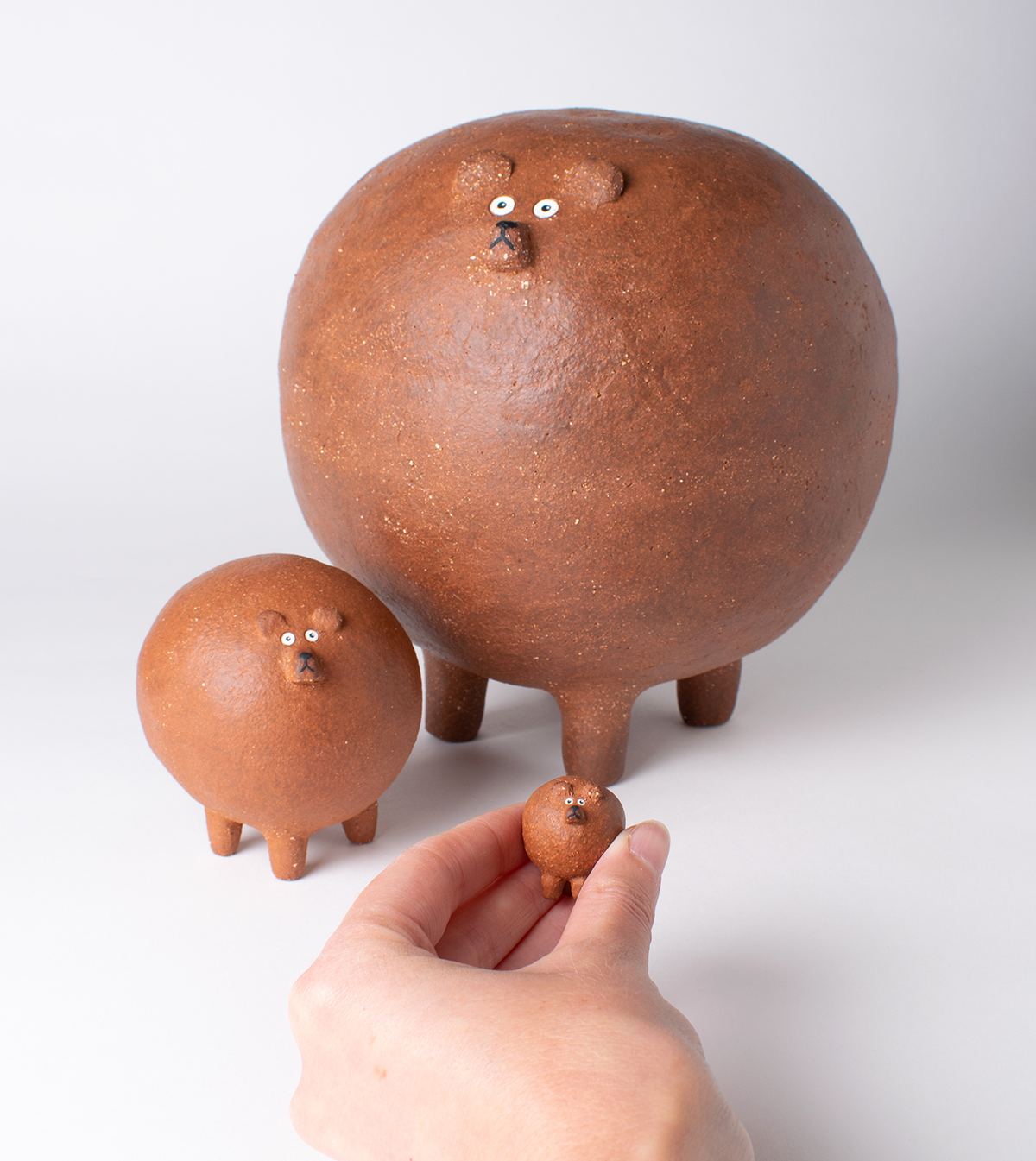