Home Is Where the Doodles Are: Playful Drawings Crawl Across Every Inch of a 12-Room House

Two years, 900 liters of white paint, 401 cans of black spray paint, 286 bottles of black drawing paint, and 2,296 pen nibs later, and artist Sam Cox has completed his most monumental and immersive project to date. Cox, who works as Mr. Doodle, is known for his quirky drawings of squiggly lines and cartoon-like characters, and he recently converted his home in Tenterden, Kent, into a monochromatic playhouse of animals, shapes, and patterns that sprawl across every inch of the space. The lively renderings cover the exterior and surrounding landscape, the 12-room interior, and personal items like bedsheets, framed photos, and even the artist’s clothes.

Now that the project is complete, Mr. Doodle plans to move into the eclectic space, which you can virtually tour in the mesmerizing timelapse comprised of 1,800 photos shown above. Visit the artist’s Instagram to see what he transforms next. 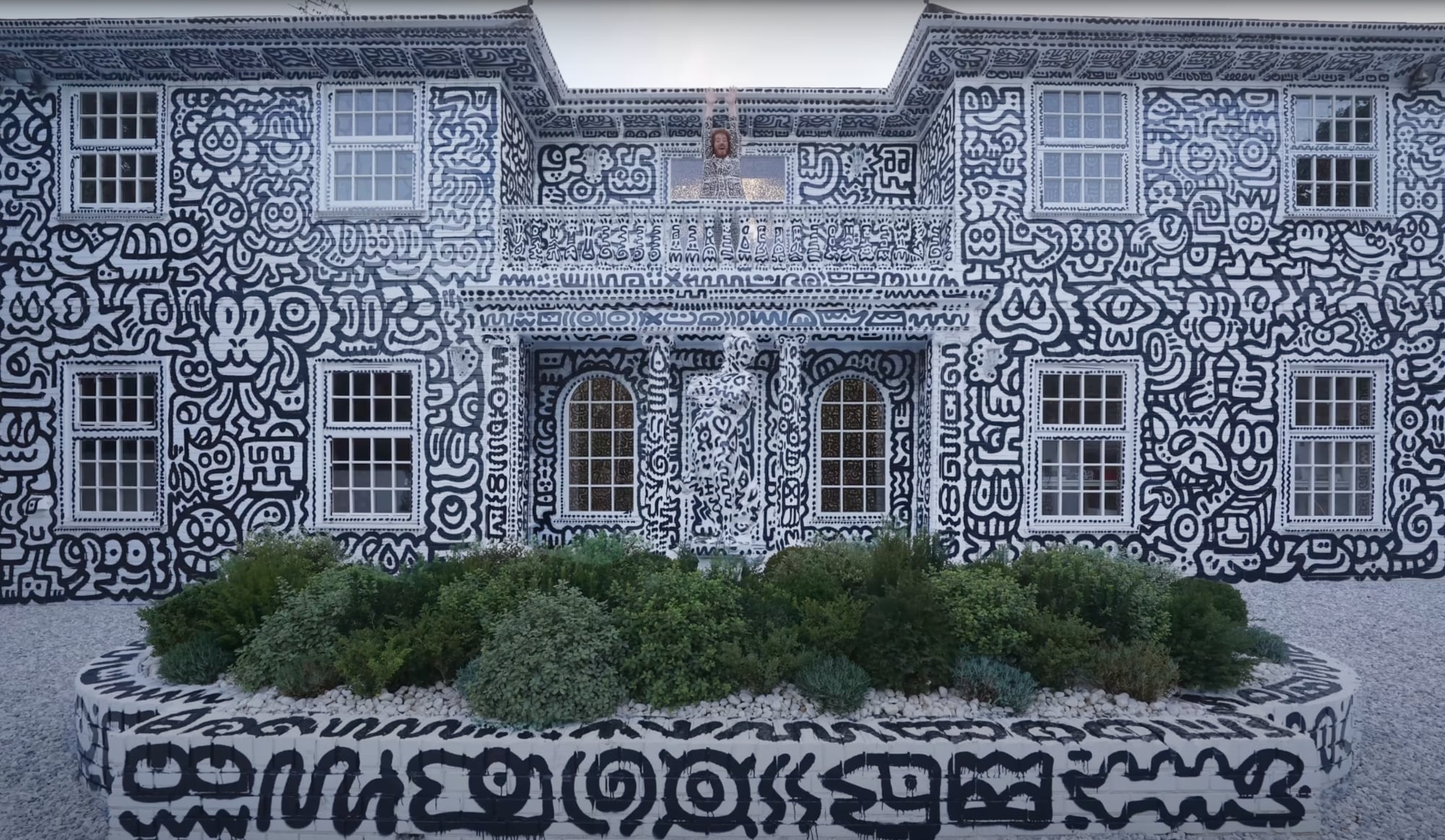 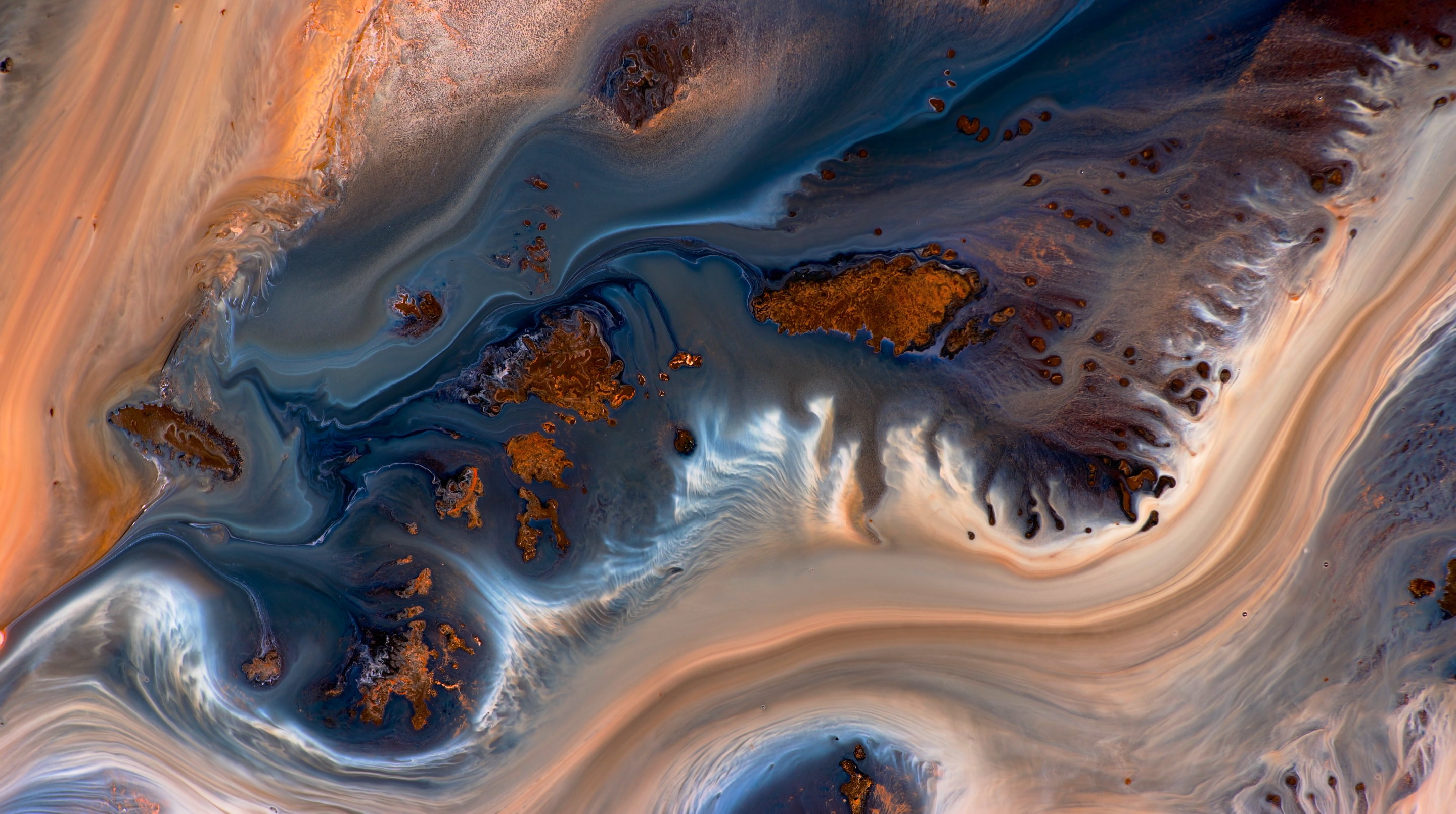 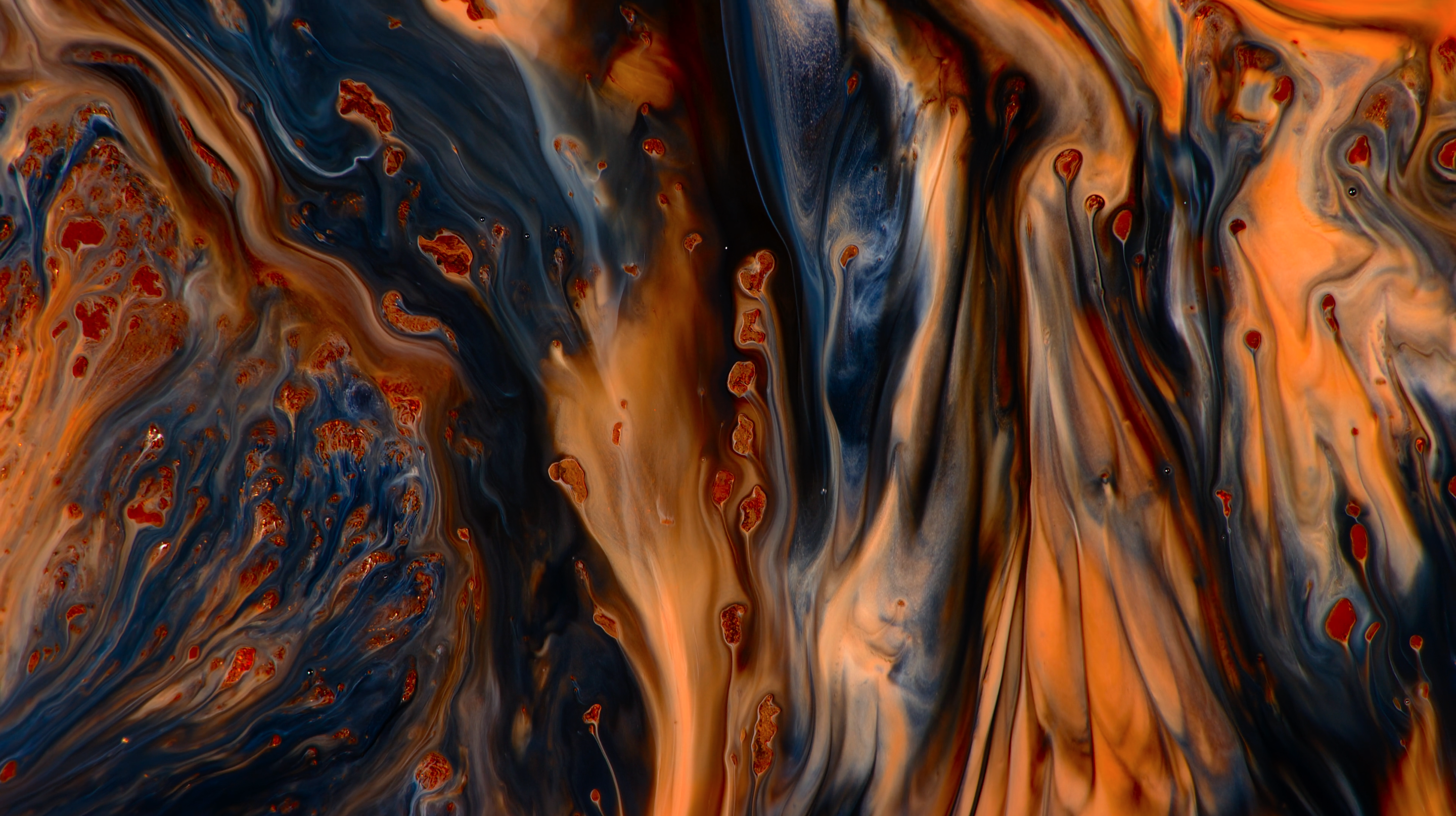 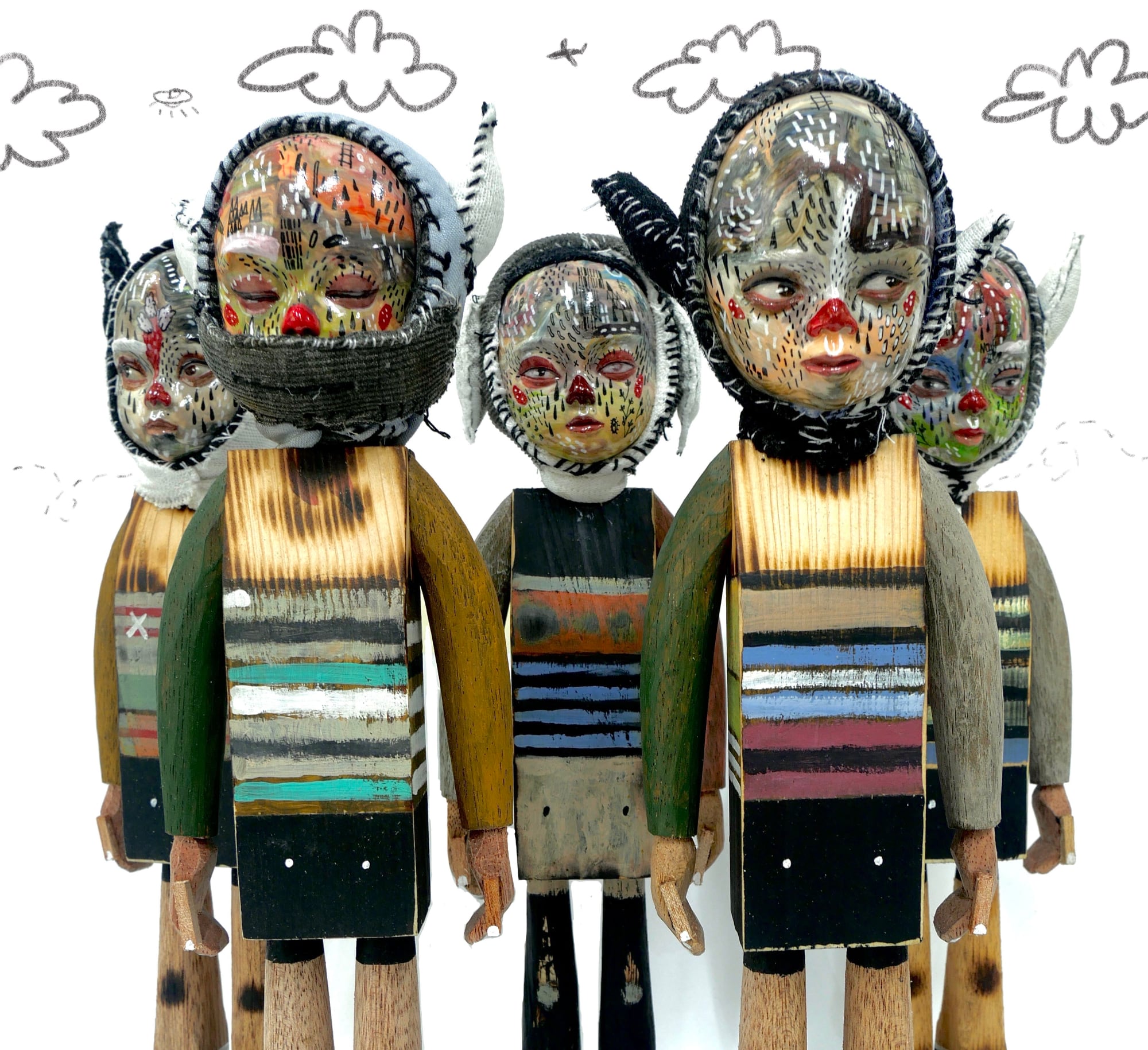 Growing up in the Phillipines in the 90’s, Reen Barrera would often repurpose scraps of fabric and wood into imaginative figures that became central to his play. The constructions were stand-ins for what the Filipino artist considers a “toy-deprived” childhood, and today, Barrera continues the visual language of those early sculptures in his recurring Ohala characters.

Often dressed in stripes and animalistic patchwork hoods, the wildly expressive figures are covered in a chaotic mishmash of symbols and patterns. Barrera likens these markings to the idiom “it’s written all over your face,” a concept that, similar to his earlier figures, continues to ground his practice. “Regardless of what we say, our true feelings can still be emancipated by our facial expressions,” the artist says. “For me, it’s a silent way of communicating something without noise.” Barrera pairs this concern with fleeting emotion and more personal experience with larger themes about class and social standing. While some of the wooden figures are rich with colorful fabrics and splotches of acrylic, oil, and aerosol paints, others are more minimal. “One thing that I want to emphasize is the amount of detail each Ohlala artwork has. Like humans, some have little while some have more,” he shares, explaining further:

Some people are born rich, some are born middle class, some are born poor. But the common ground for everyone is, we all have to deal with it… I cover all the Ohlala dolls heads with canvas cloth to give a freedom to paint their own symbols on their heads, as if they are designing their own fate. I guess that’s what we all have in common; the power to make things happen for ourselves.

In a collaboration with Thinkspace Projects, Barrera’s solo show Children of Divorce is on view through January 15, 2023, at Mesa Contemporary Art Museum. For more of the artist’s works, visit his site and Instagram. She transforms the used tools with hard bristles and stained ferrules—she’s committed to an ecologically-conscious practice that repurposes materials already available—into poetic works that are subversive and metaphorical. The optic handle of “Tapada Americana,” for example, references the Peruvian tradition of women wearing a skirt and mantel that fully covered their bodies, “leaving visible a single cycloptic eye,” the artist writes. “Differing from its cousins the burka and the hijab, it signified a level of discreet domestic freedom and sexual intrigue for women.”

Questions about modesty and dignity continue to influence Szeto’s practice, and she shares with Colossal:

I find myself circling this notion of grace, as the innate virtues and values we possess as humans. For me, grace signals our ability to keep an emotional distance that allows us the fortitude and creative agency to transform and re-imagine the world around us. My interest lies in how we transcend challenging times, linguistic labels and offer up teaching moments for serious play and energetic renewal.

For more of Szeto’s works that span painting, installation, and other mediums, visit her site and Instagram. 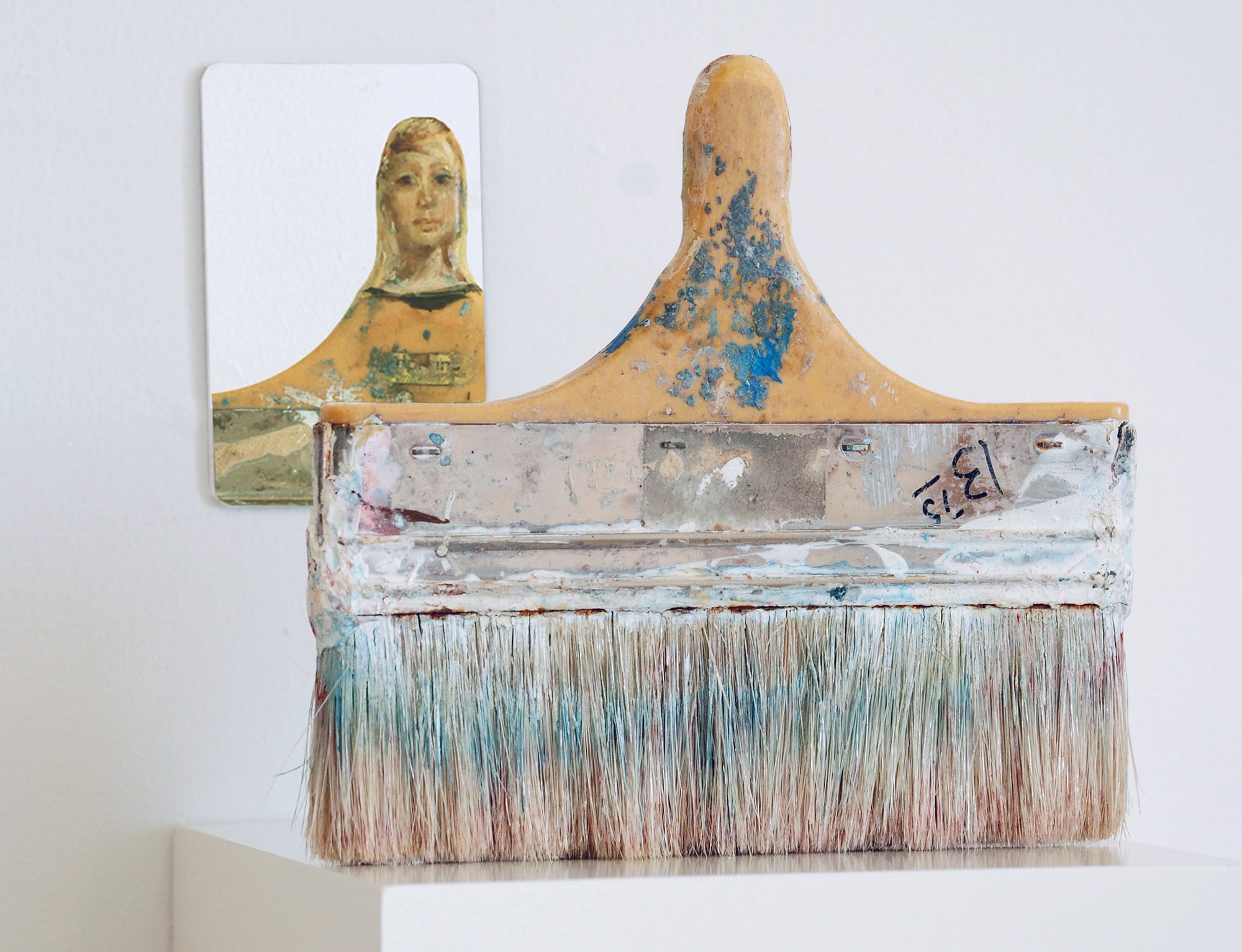 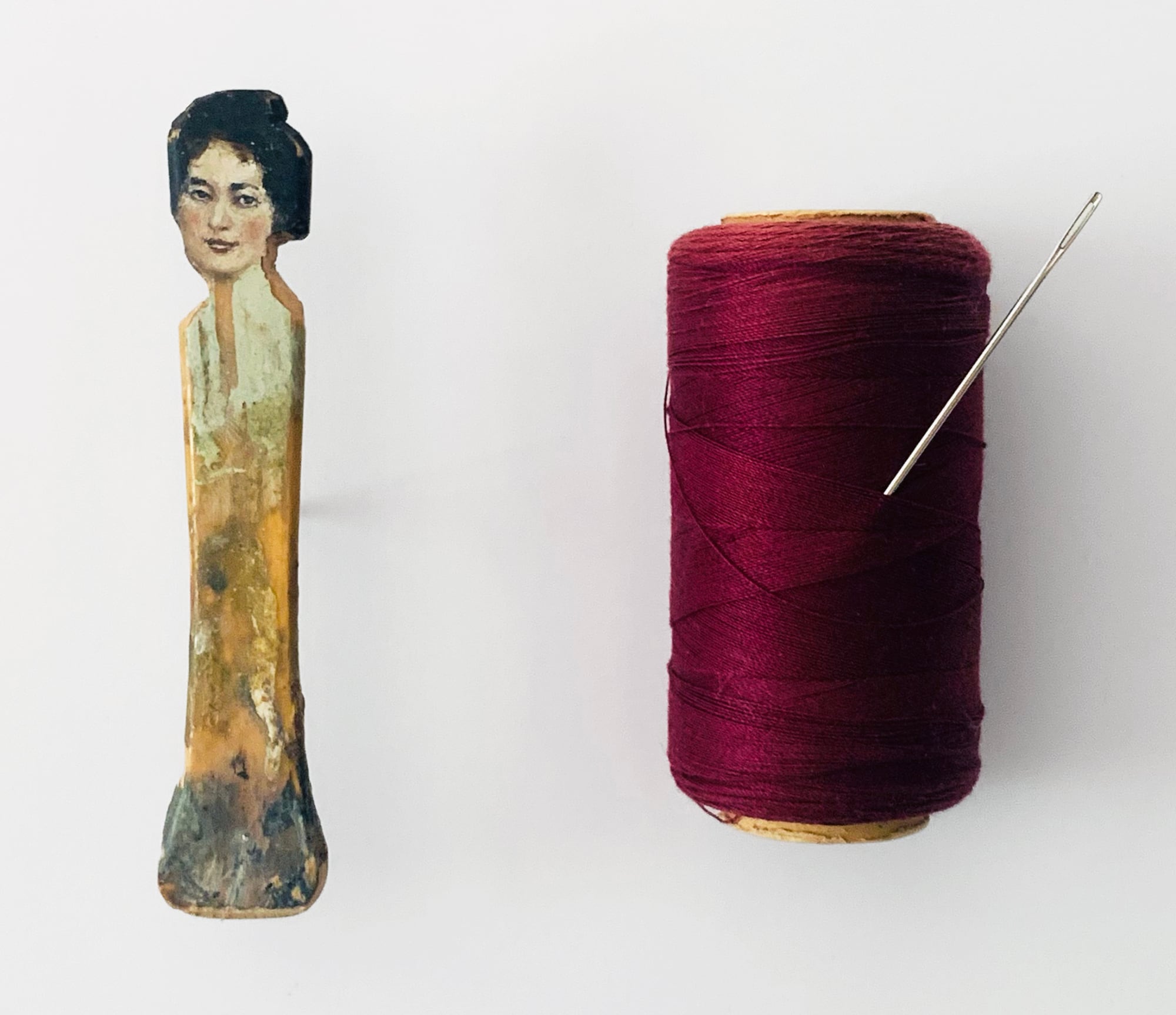 Peruvian artist Cecilia Paredes continues her ongoing series of camouflaged self-portraits with deceptive new works that leave only her hair, eyes, and ears untouched. Set against lavish backdrops printed with birds in shades of blue, floral motifs, and ornate flourishes, Paredes paints her skin and positions herself in a precise alignment with the chosen pattern, disappearing among the colorful landscapes. Each work, which the Lima-born artist refers to as “photo performances,” considers how individual identities are informed by natural environments and the broader cultural milieu. Explore an archive of Paredes’s lavish portraits at Ruiz-Healy Art, Artsy, and Instagram.