Aliaksei Zholner (previously) is known for making fully functioning models from cardboard and paper. His latest piece is a miniature 18-key piano that is tuned to play popular and classical pieces such as Fryderyk Chopin’s Polonez b-moll, Ludwig van Beethoven’s Für Elise, and Scott Joplin’s The Entertainer. The “strings” of the piano are created from paper strips connected to a tension mechanism similar to a guitar and struck by hammers made from paper and cardboard. The black cardboard body is branded with Zholner’s name above the keys in the style of popular piano makers such as Bösendorfer and Bechstein. A more detailed explanation of the construction (in Russian) is available on the Only Paper forum, and you can view more of his paper demonstrations on his Youtube channel. Danish artist Nina Saunders creates sculptures that drip, tip, and spill what appears to be amorphous contents onto the ground, turning domestic objects of comfort and kitsch into sculptural pieces unintended for practical use. Her works typically involve secondhand furniture like armchairs and love seats, with the occasional melting piano thrown into her multi-media practice. Floral fabrics run from chair to floor, while the shiny black exterior of a piano seems to leak from its position on the balcony of a busy mall.

No matter what alteration Saunders makes to her collected furniture objects, they are always rendered unusable, with cushions ballooned to an abnormal proportion or legs leaning to an unnaturally slanted angle. Several of her works were included in the recent Hang-Up Collections Exhibition at Hang-Up Gallery in London alongside works by Banksy, David Shrigley, Bonnie and Clyde, and several others. You can see more of Saunders’ sculptural works on her website. 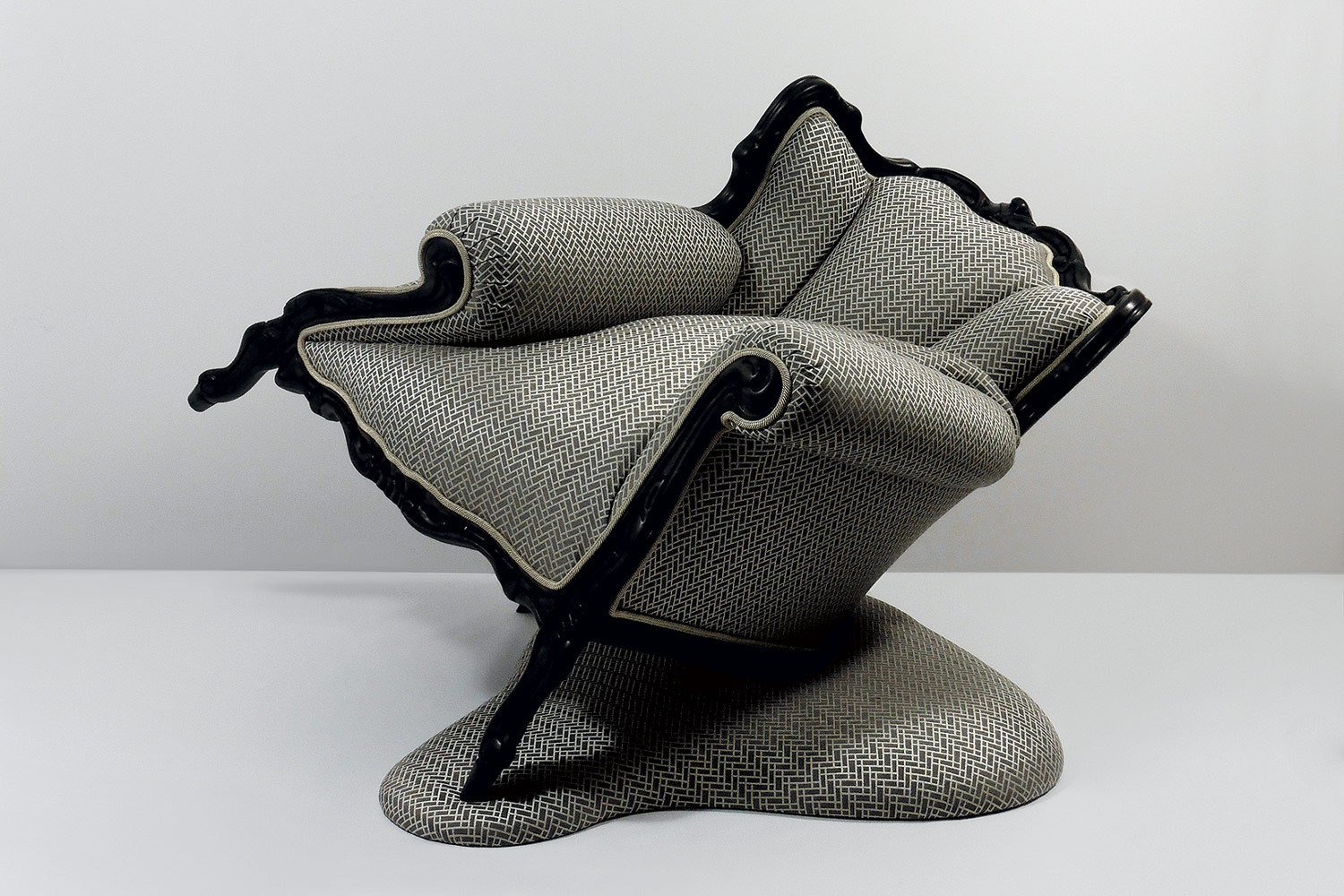 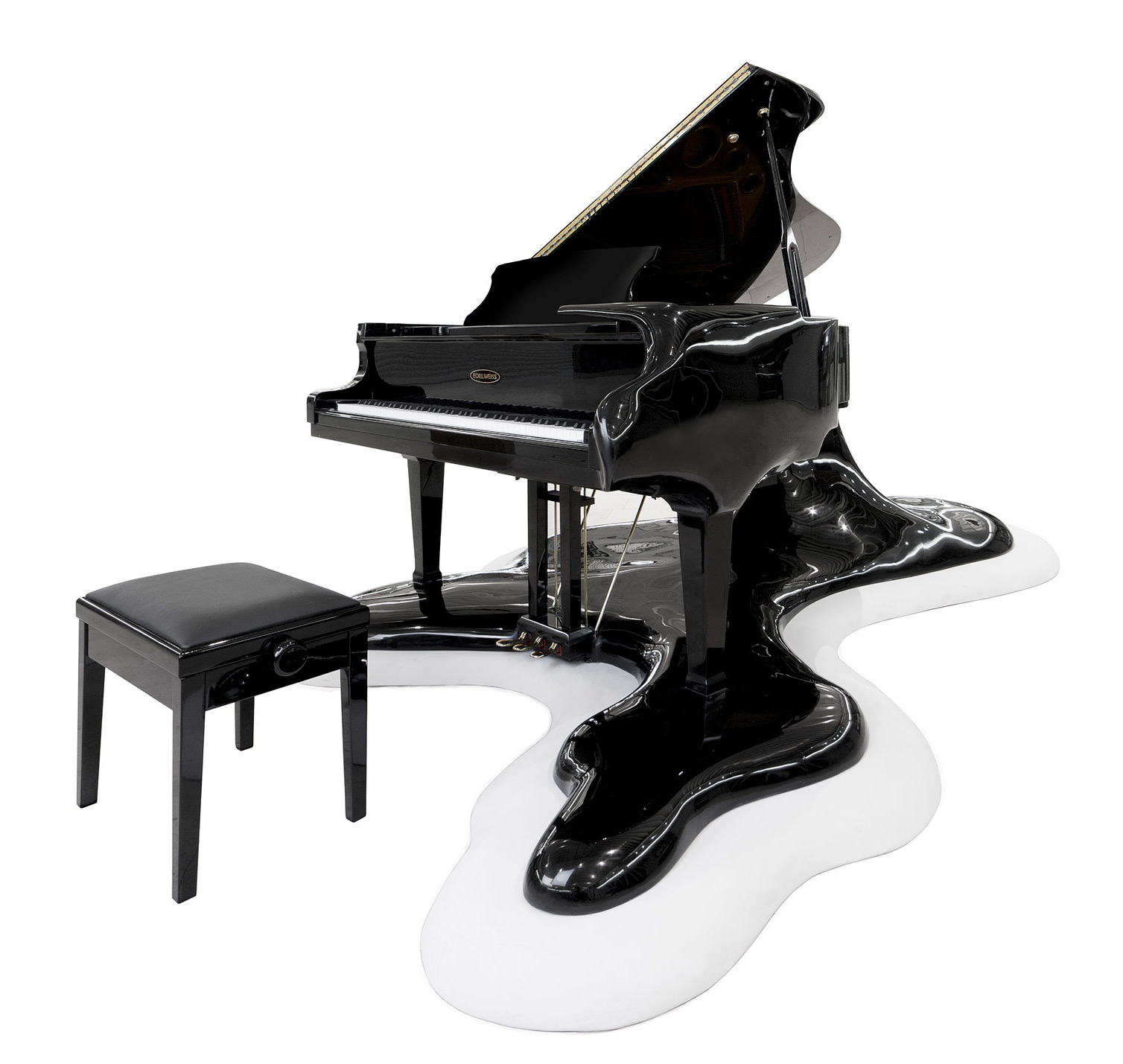 An Antique Piano Cut in Half, Connected Only by a Wishbone We’ve long marveled at artist Maskull Lasserre's masterful ability to carve anatomical details into everyday objects. One of his recent sculptures, titled Improbable Worlds, is no exception. For this piece the Canadian artist split an old upright piano in two, slicing through every last component leaving only a single point of connection: a tiny wishbone carved from the wooden piano back. The visual tension created by the piece is astounding, let alone the head-scratching question of how he technically accomplished it, knowing that if the weight of the piano shifted just slightly the piece would snap in half.

You can see more of Lasserre’s recent artworks in his portfolio.