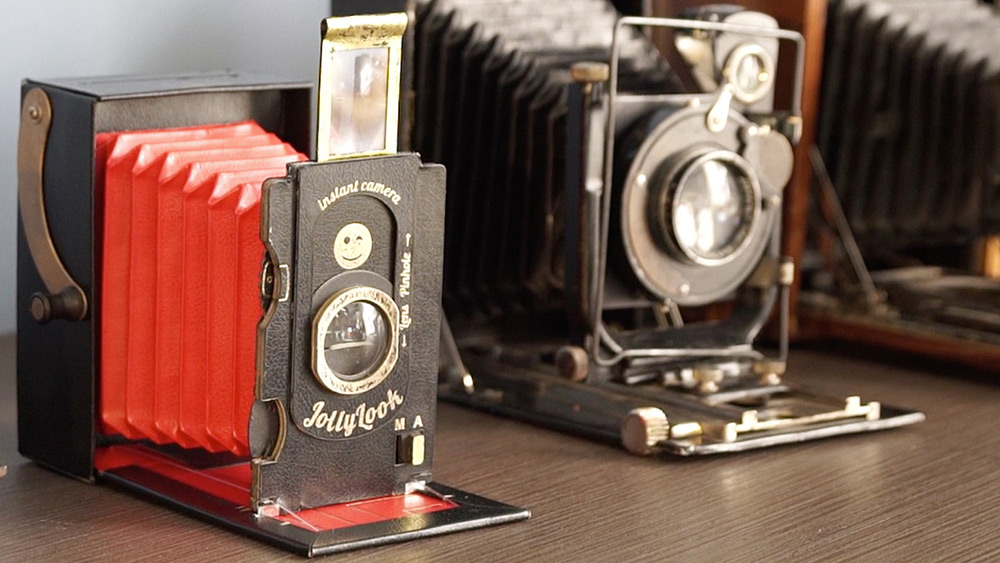 The Jollylook is a new camera concept that merges the retro form-factor of a fold out camera utilizing polaroid film, and it’s fabricated primarily from recycled cardboard. Despite the bare-bones construction the Jollylook has an adjustable aperture, lens settings for different shooting modes (landscape, portrait, group, or macro), and a crank for extracting the polaroid once the image is taken. All you have to do is load it up with commonly available Fujifilm “instax mini” instant film cartridges. The project is currently funding on Kickstarter and reached their goal in just a few hours. (via PetaPixel) The Mysterious Polaroids of Bastian Kalous Generally when I think of Polaroid photographs I’m reminded of old family snapshots, perhaps a camera passed around close-quarters at a party, or a few artistic captures of flowers, textures or an old beat-up vehicle. Photographer Bastian Kalous has a very different approach, carrying his Polaroid camera around the world into the sweeping vistas of the Grand Canyon, the valleys surrounding the Grand Tetons, and other expanses of forests and mountains near his home in Freyung, a town in Bavaria, Germany. These are locations rarely explored with instant film these days, and I find his work both refreshing and mysterious. Luckily he has several hundred photos to explore, and I strongly urge you to do so.