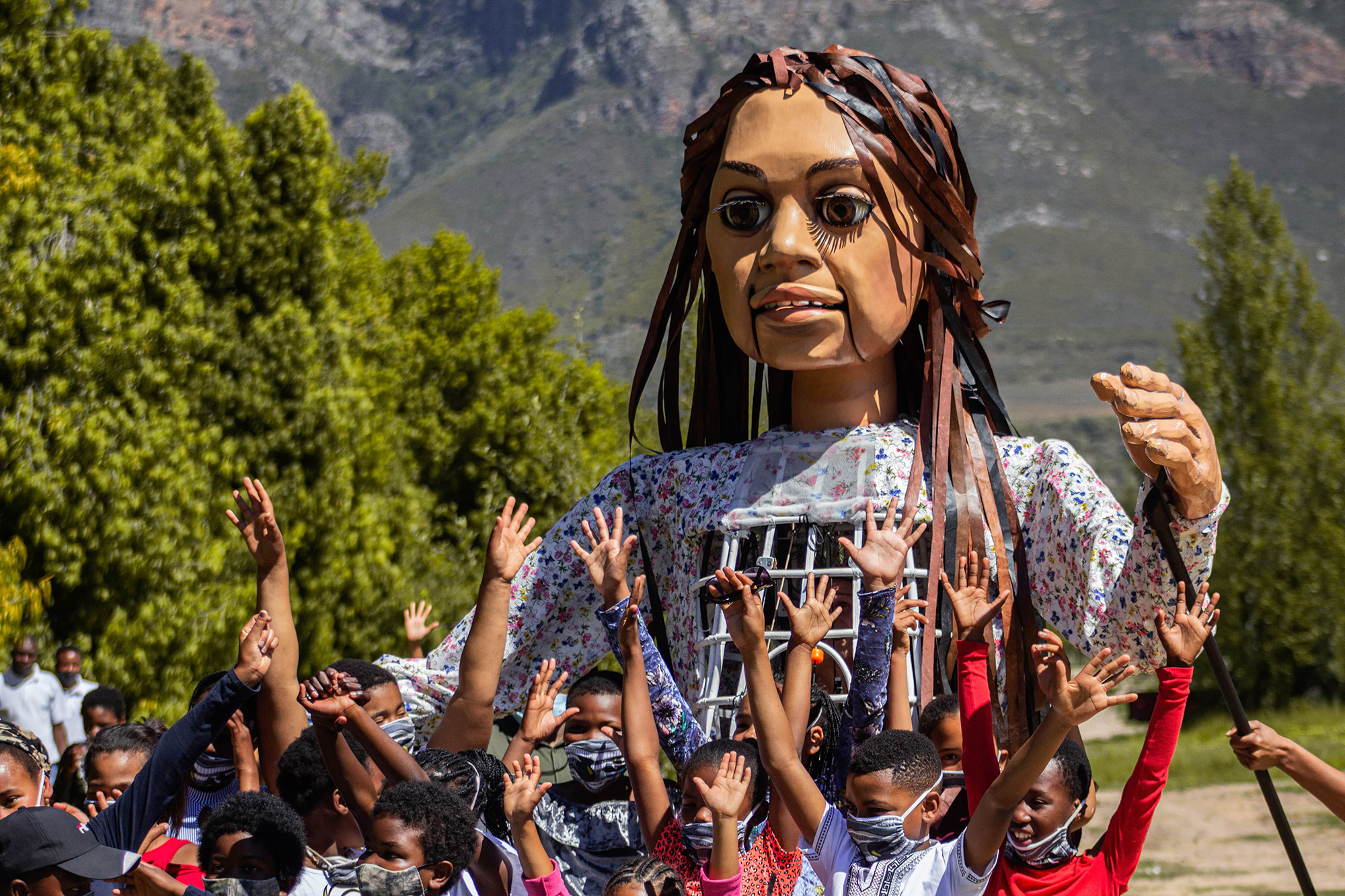 Syrian-born, New Haven, Connecticut-based artist and architect Mohamad Hafez compiles found objects and scrap metal to construct miniature recreations of homes, buildings, and landscapes left by refugees in the Middle East and around the world. The dioramas for his series, UNPACKED: Refugee Baggage, are built into suitcases to pay tribute to the difficult journeys forced by the ravages of war. Miniature cars, tiny living room sets, and even fake plants adorn the open luggage—installations which each take Hafez several months to complete.

The detailed works are paired with audio recordings from refugees from Afghanistan, Congo, Syria, Iraq, and Sudan. The stories are recorded by Admed Badr, an Iraqi refugee and Wesleyan University student, and illuminate the struggles faced by those who have had to leave their homes. You can listen to the recordings on Hafez and Badr’s website for the project, and see more of Hafez’s suitcase dioramas on his Instagram. You can also see the work in person at DePauw University‘s group show “Baggage Claim,” on view until December 9, 2018. To create his new documentary film Human Flow, Chinese artist and activist Ai Weiwei spent a full year traveling through 23 countries, following the journeys of some of the 65 million people forced from their homes to escape famine, climate change, and protracted wars. Crossing oceans and visiting refugee camps in precarious border cities in Afghanistan, Greece, Iraq, Kenya, Mexico, Turkey and beyond, Ai documented the stories of fellow humans of all ages and nationalities who currently have no place to call home.

The individual stories of several refugees and their journeys—or near perpetual state of limbo—are interwoven throughout the film, though Ai focuses mostly on a macro view that illustrates the unimaginable scope of the unfolding crisis that has enveloped entire nations. By its nature, Human Flow recognizes that there are no easy solutions to these monumental catastrophes that impacts all of us directly or indirectly, whether we choose to acknowledge it or not. A healthy dose of compassion and a recognition of a shared humanity would be a good start.

On a personal note, I felt deeply impacted by the film and strongly urge you to watch it.

On Sunday, April 29, 2018, Human Flow will be screened simultaneously across the United States. Immediately following, Ai will participate in a livestream Q&A with audiences around the country. If you are interested in hosting a public screening in a school, library, community center or elsewhere, you can find out more from ro*co films.