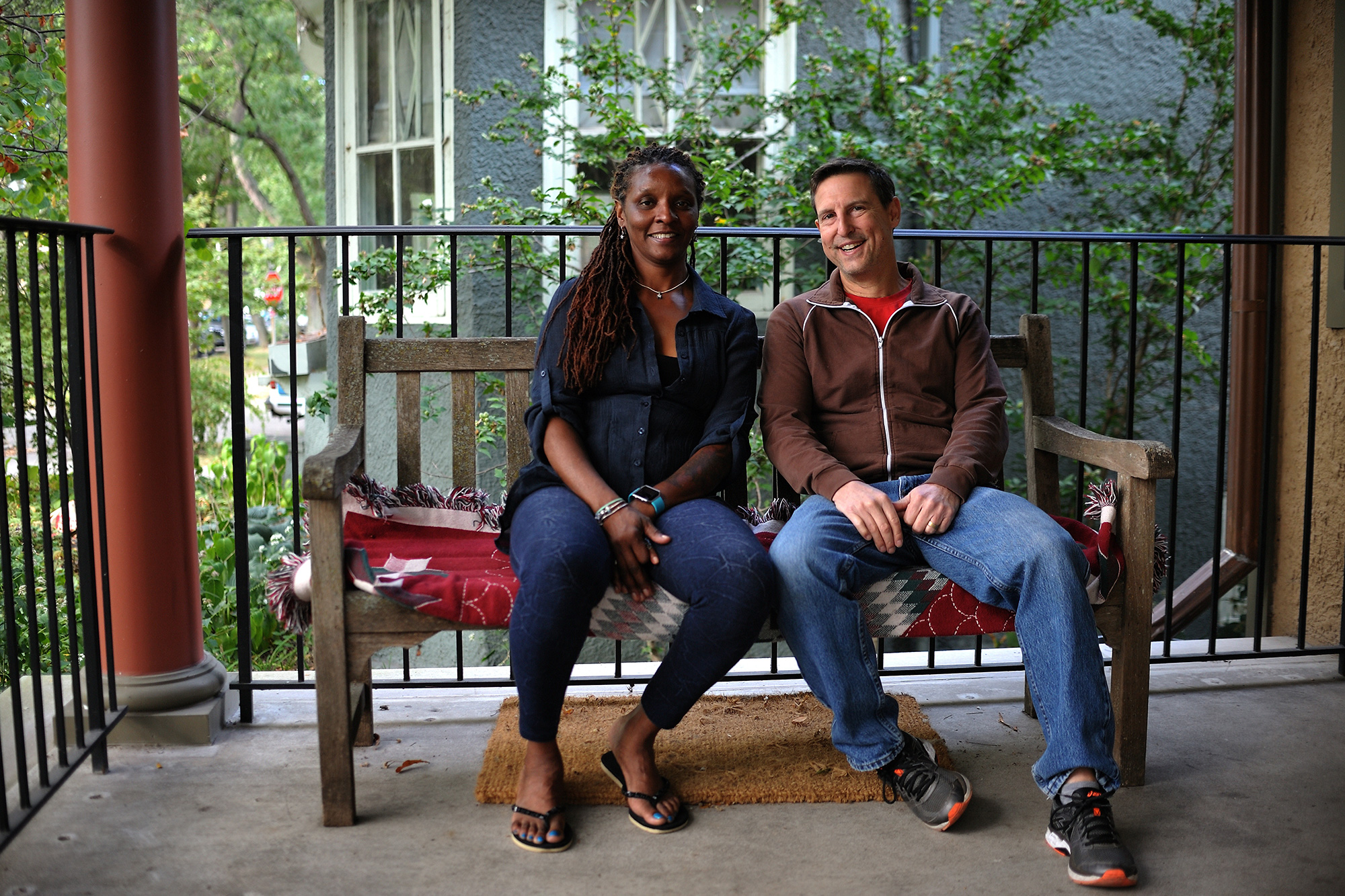 Nanette, an Englewood resident, sits on and Wade’s porch in Edgewater. All images © Tonika Johnson, shared with permission

Though not Chicago’s true geographic center, the intersection of Madison Street, which runs east to west, and State Street, which runs north to south, is the central point for the city’s address system. Chicago native Tonika Johnson, however, has been viscerally aware that the north-south dividing line is not a mere postal distinction since she was a teenaged photographer, an experience she discusses in the latest interview supported by Colossal Members.

Doing this project and talking to so many people across racial lines has taught me that it’s like this self-perpetuating, self-fulfilling prophecy of segregation. If your worlds are so separate, you’re only going to understand it as much as your lived experience allows. You can find truth in whatever silly thing you think because you don’t have anything to challenge it.

Trained as a photojournalist, Johnson ultimately decided against going into the field, choosing instead to remain an enthusiastic—and skilled—hobbyist. She created the Folded Map Project, which uses photography as a starting point to explore the creation of segregated neighborhoods in Chicago, and the systemic racism in urban planning, real estate development, and resource allocation that has allowed that segregation to persist.

The basis of the project is Johnson’s stark photographs of map twins—that is, houses that have the same address but on different sides of the city. Johnson initially had planned to just display the map twin photos side-by-side, but as she met the people whose homes she was photographing, she decided to use her journalism skills to facilitate recorded conversations between the occupants.

Read the full interview with Johnson to dive into the difference between art and photojournalism, the power of uncomfortable conversations, and why she’s bringing history to light. Wade, an Edgewater resident, sits on Nanette’s porch in Englewood.