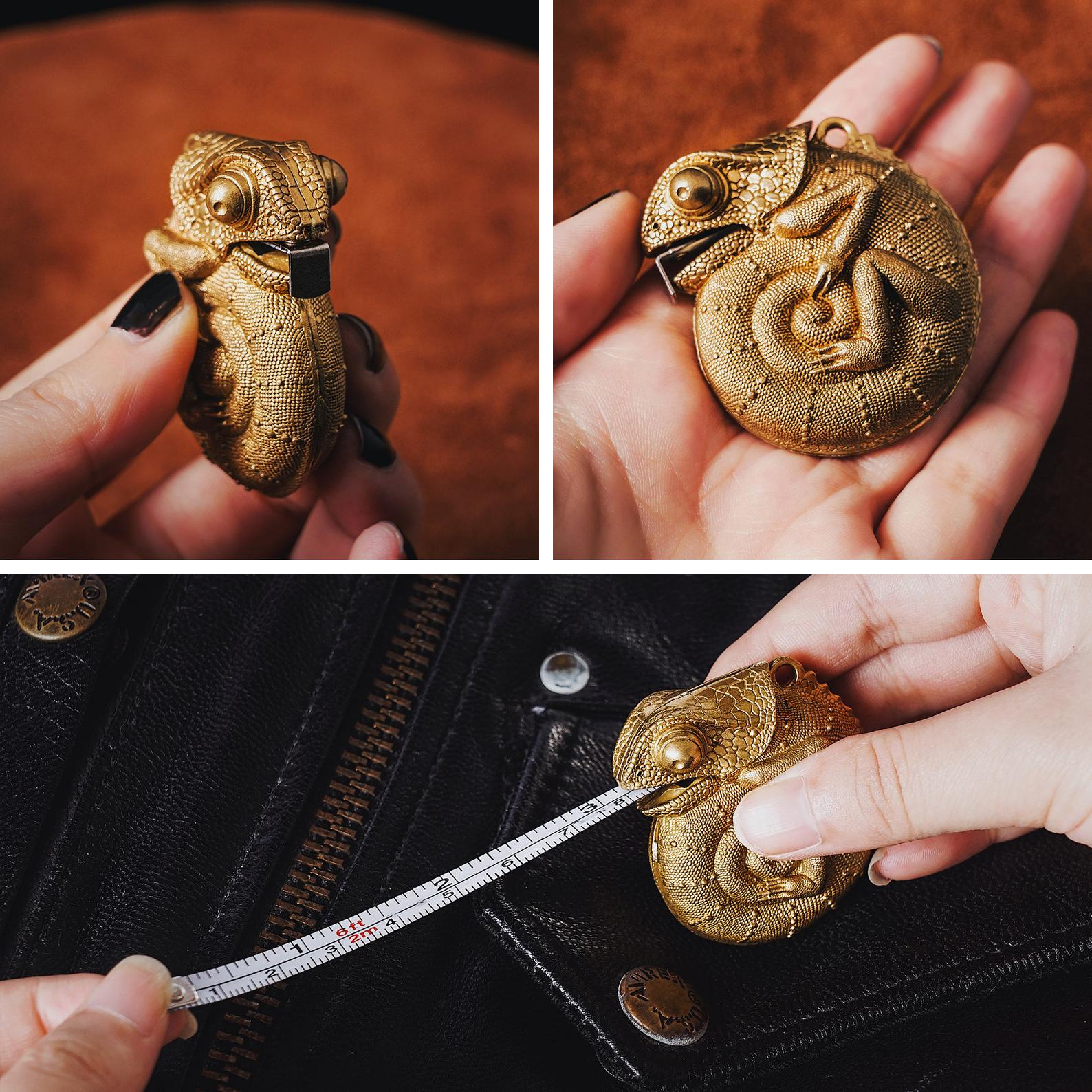 All images courtesy of Coppertist.Wu

Chameleons are known for their color-changing abilities, but this coiled lizard from Coppertist.Wu takes that gift for camouflage a step farther. Made from brass and manganese steel, the cleverly designed creature disguises its extraordinarily long tongue as a skinny measuring tape, which scales upward of six feet when fully extended. The playful gadget tends to sell out quickly, although there are a few currently available from Etsy and the Coppertist.Wu site. 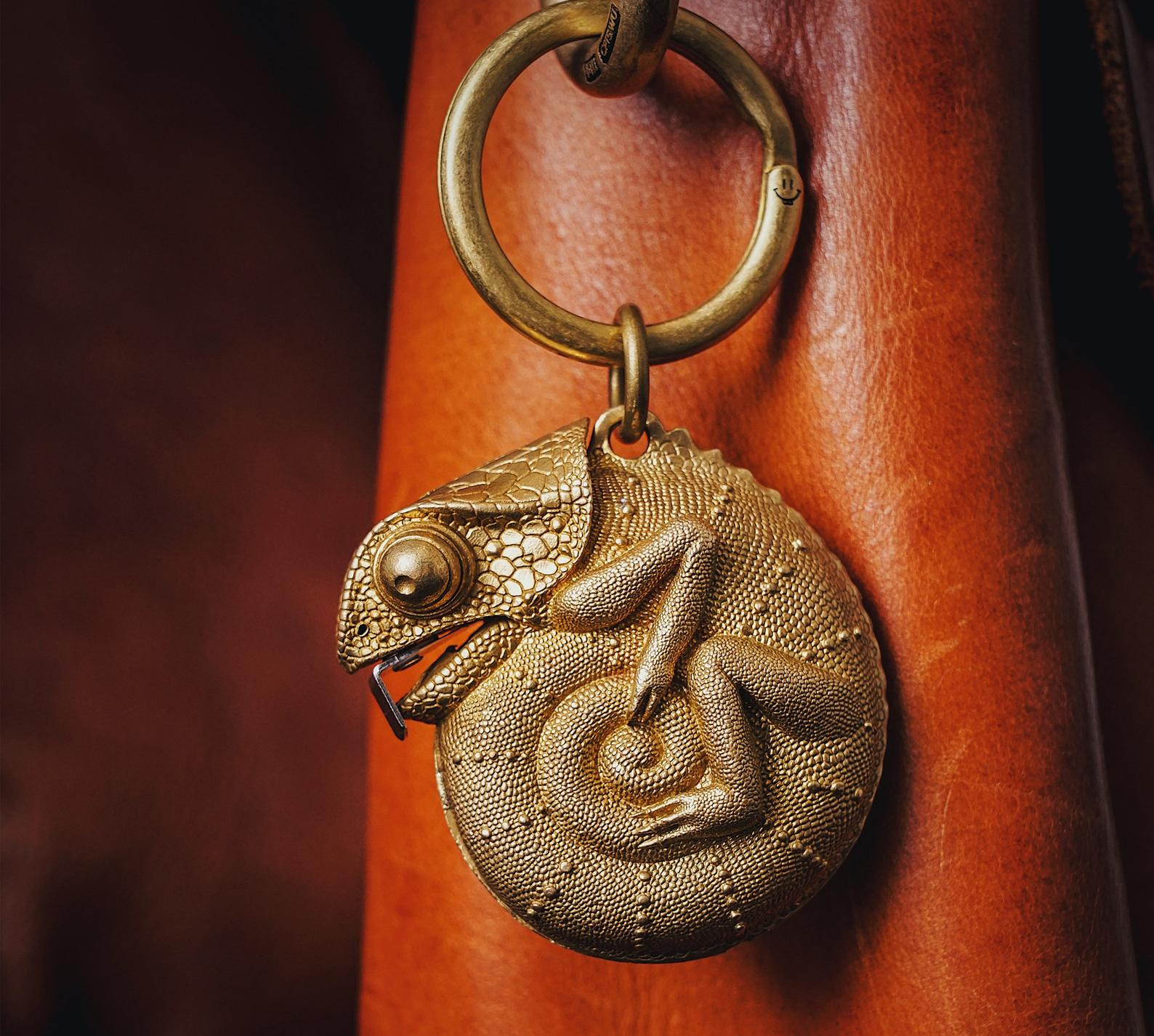 Consumers are paying closer attention to the ethics and business practices behind the products they buy, and animated documentarian Samantha Moore is shining a light on one company creating everyday essentials. Last year, the Shropshire-based creator released “Bloomers,” a short film that chronicles the history of the Manchester-based lingerie company Ella and Me, which began production in the United Kingdom before moving abroad and back again.

From flowing silk to lace-trimmed underwear strung up only to be snipped apart, the detailed project colors mostly the garments, swaths of fabric, and spindles of string. The workers and machines remain black-and-white line drawings throughout the film as it walks through the manufacturing cycle from design to consumer purchases.

Moore helps illuminate the impacts rising production costs had on Ella and Me since its beginning as a mom-and-pop business. She documents its inception and even the employees’s familial connections to the textile industry. The animation is set to a diverse soundtrack that includes interviews with the company’s team, in addition to noises commonly found on the production room floor, like scissors slicing through soft cotton and the repetitive tick of sewing machines.

Since its release, “Bloomers” was nominated for the Best Short Film at the British Animation Awards 2020, was the winner of the Best British Film at London International Animation Festival 2019, and took home the top prize as the Best Documentary at ReAnima International Film Festival 2019. Keep up with Moore’s animated documentaries on Vimeo and Instagram.

Mechanations: Historical Machines Exploded into Individual Components in Sculptures by John A. Peralta Artist John Peralta creates sculptural odes to some of our most historic innovations by organizing and suspending components of sewing machines, typewriters, and old film projectors. In his “Mechanations,” Peralta hangs each screw, wheel, and lightbulb side-by-side in specially created lightboxes, creating three-dimensional diagrams which illuminate the inner workings of each machine.

The sculptures break down the mechanics of the 20th-century devices, presenting a unique peek into the simplicity of objects before the Digital Revolution. Peralta dissects iconic machines in areas such as design, communication, and entertainment. This technique, which he has used for over a decade, was inspired by seeing a similar sculptural diagram on the back of a Chinese magazine in 2005.  “I was inspired by its fragile beauty, and imagined a three-dimensional version with a real object,” Peralta outlines on his website. “Using only a ruler and simple tools, which I still use today, I developed techniques for suspension which expose the inner workings of these humble mechanical objects.”

The artist’s work will be included in a presentation by New York and Los Angeles-based gallery George Billis at the upcoming SOFA fair from November 1-4, 2018 at Chicago’s Navy Pier. Peralta also has a solo show at Billis’ New York location, which runs from December 11, 2018 to January 12, 2019.  You can see more of Peralta’s work on his website and Instagram. Chilean textile artist Serena Garcia Dalla Venezia creates thoughtfully composed arrangements of hand-sewn fabric balls, producing texture and depth by grouping together dozens of differently sized and shaped spheres. Appearing almost like organic growths, her works seem to be transforming before your eyes, which makes sense when you consider her fascination with accumulation and chaos. You can see more of Venezia’s smaller works and large-scale installations on her website. (via The Jealous Curator) 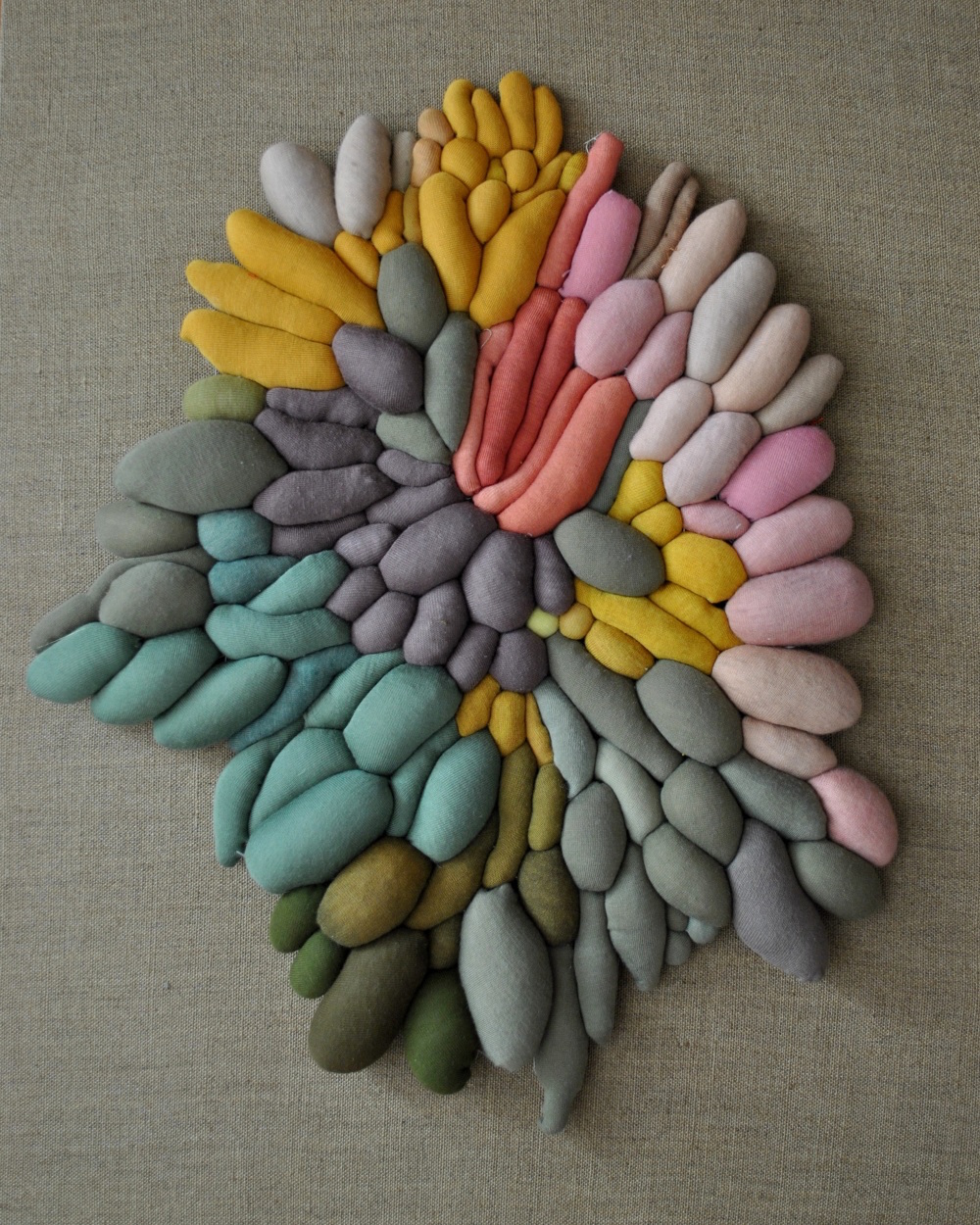 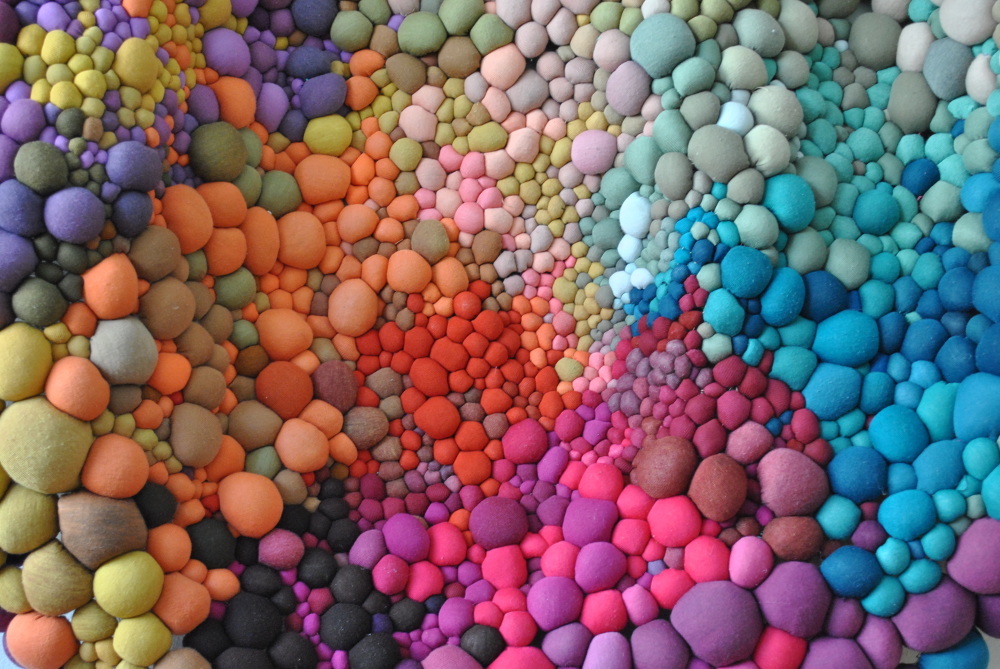 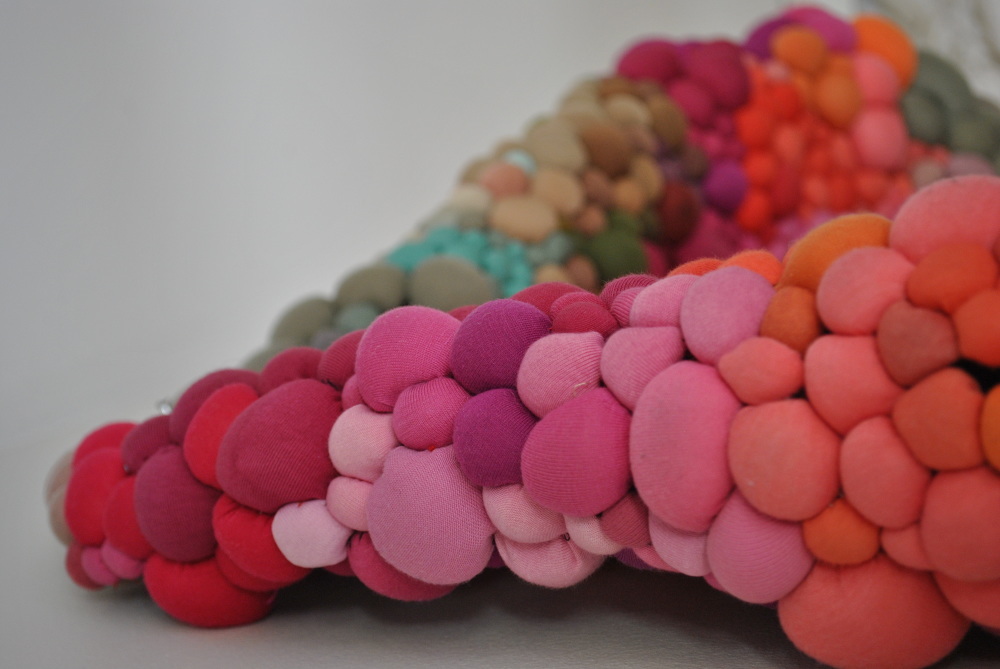