Tender stems bear lush blooms and windswept leaves gather around new growth in artist Shota Suzuki’s delicate metal sculptures. Rendered in painstaking detail, the forms are inspired by flora around his home and studio in Kyoto, such as Japanese maple trees and dandelions that have gone to seed. “Recently, I have been adding rain and wind to my work,” he tells Colossal, sharing that he’s inspired by the way nature demonstrates the passing of time. He adds silvery water droplets to ginkgo leaves, ruffles the petals of flowers, or portrays a branch of cherry blossoms as if it has blown from a tree.

An early interest in jewelry led Suzuki to study metalworking, and the exquisite detail of florals and foliage suited his ability to work on a small scale. A wide range of patinas create a life-like appearance, achieved by combining an array of chemicals that produce specific hues and textures, including traditional Japanese copper coloration methods such as niiro. “I don’t want to create works in which time stands still,” he says. “I want to express a moment in time.”

Suzuki’s work is included in Natural Mastery: Lacquer and Silver Works from Japan at Stuart Lochhead Sculpture in London from December 1 to 9. You can find more work on his website and Instagram. Staining friend’s hands with dandelion heads and blowing their wispy seeds are a common childhood pastime and a simple joy that Shota Suzuki channels in his delicately constructed sculptures. The Kyoto-based artist painstakingly carves copper, brass, and silver into barbed leaves and feathery seeds to recreate the ubiquitous herbs in each state of bloom and decay.

To tarnish the textured metals and alter their colors, Suzuki uses combinations of vinegar, copper sulfate, and acetic acid to create purples and blues. For the black components, he oxidizes pieces in dissolved sulfur. Suzuki’s coloring techniques are rooted in traditional Japanese patina methods including niiro, which historically used daikon juices to alter the metal, and are the most demanding part of his process. “The chemical modification is very sensitive and is affected by everything from the weather conditions to the dirt on my hands. It’s hard to make the same color every time,” he says in an interview with Kyoto Journal.

Each dandelion is the product of hours of research, which begins while Suzuki walks around his neighborhood and spots weeds in sidewalk cracks or garden flowers. He then works from memory and occasional glimpses of photos of the chosen plant, forgoing sketches and models to create pieces that merge scientific accuracy with the artist’s vision, which he explains:

I’ve never practiced the art of ikebana, but there is an element of it that comes through. My work does not portray a plant as it would be in its natural environment. Rather I manipulate it in a way that I find to be beautiful. I think the composition especially, like the placement and length of the flowers and stems of the plant, is really important. So in that respect, it is rather similar to ikebana.

See more of Suzuki’s botanic sculptures, which include violets, cherry blossoms, and seaside daisies, on Artsy, and follow his latest works and updates to his shop on Instagram. 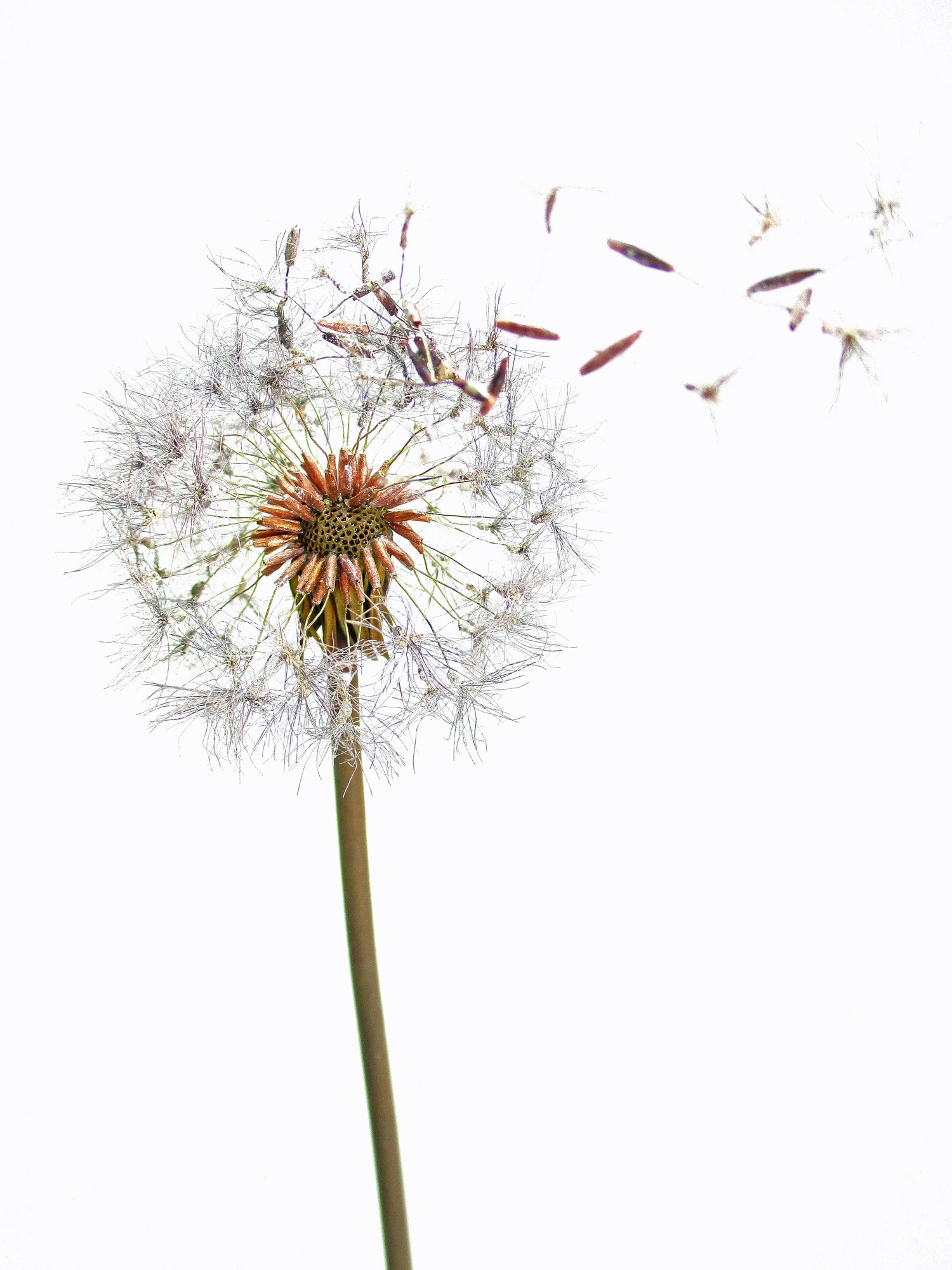 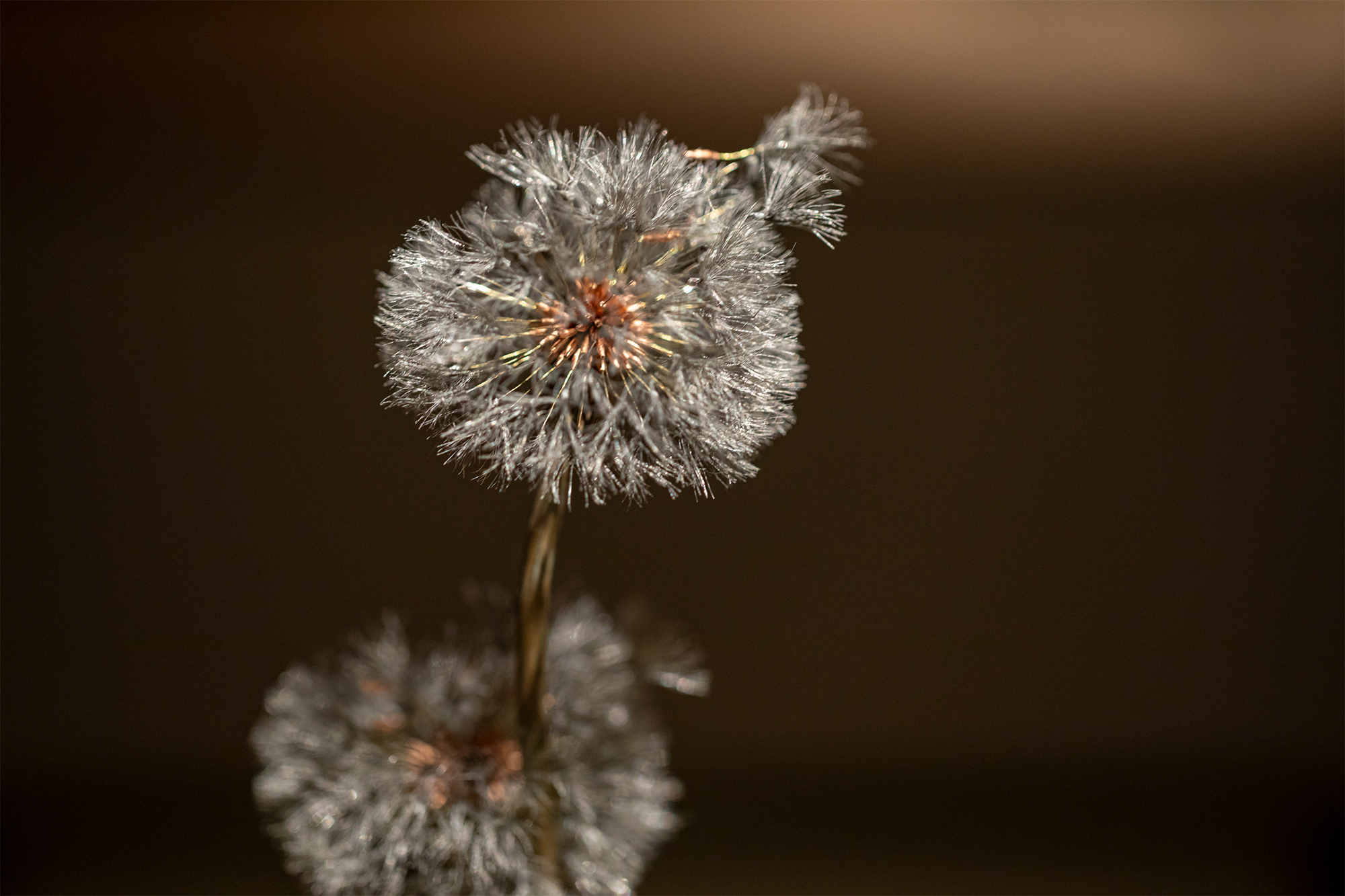